Raise your hand if you know what the World Food Prize is! Up until a few weeks ago, I would not have raised my hand. I had vaguely heard of the World Food Prize, but I didn't really know what it was. All I knew was the organization had restored the old downtown Des Moines library (a beautiful building right on the river) and that every fall there was a large food festival associated with it (which had yummy, albeit expensive, food.) So when my dad, brother and I went to visit the building where the World Food Prize is housed, I thought I was going mostly to look at a cool old building, I did, but I was also pleasantly surprised to learn about what exactly the World Food Prize is! 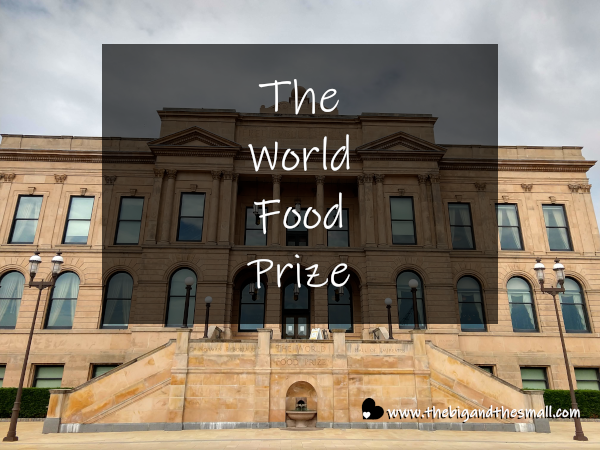 In 1970 Dr. Norman E. Borlaug won a Nobel Peace Prize for the development of "miracle wheat" - a new strain of wheat which likely helped to prevent worldwide famine. The six categories of Nobel prizes are literature, physics, chemistry, peace, economics, physiology & medicine. After his win, Dr. Borlaug petitioned the Nobel committee to add a category - one for agriculture. The Nobel categories are ones that are deemed to provide the most benefit to mankind - and really, mankind would not exist as it does today without agriculture, or at all without food! When his petition was declined, Dr. Borlaug went on in 1986 to create the World Food Prize which has become the "Nobel Prize of food and agriculture." 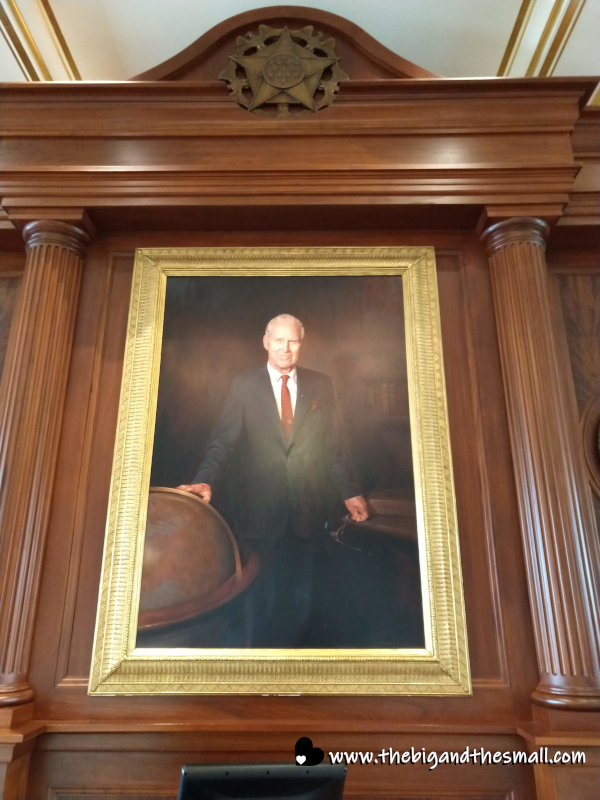 This award, which comes with $250,000, is given to individuals "who have enhanced human development by improving the quality, quantity, or availability of food in the world." There are over 15 categories in which one could be nominated, including everything from how food is grown or animals are raised, to nutritional and rural development programs, to how food is distributed, and how the environment is cared for in all of this. Every year at least one award is given, sometimes multiple awards are given.

In 1990 the initial sponsor of the World Food Prize withdrew, and the organization almost collapsed. Des Moines resident and trucking magnate John Ruan St. came forward to endow the prize and moved it to Iowa. While Ruan supported the organization almost single-handedly at that time, as it's importance and prominence has grown, more companies and individuals have begun to support it, as well as various levels of government. Nowadays the names of new winners are made public each spring in a special ceremony in Washington DC, presided over by the Secretary of State. 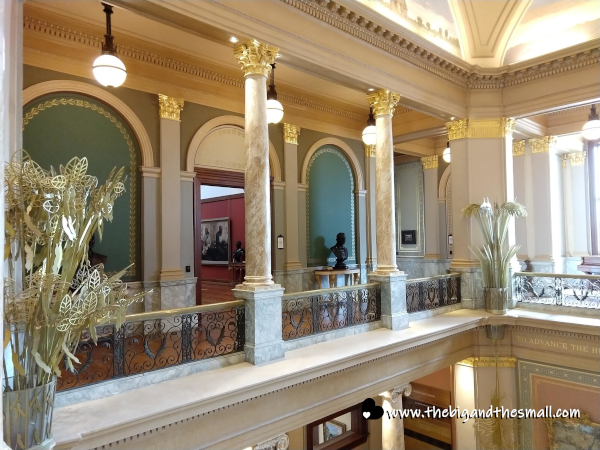 The World Food Prize reached new prominence in Iowa in 2011 when they purchased the Des Moines library building not just for the valuable land right along the river, but in order to restore the building. They have done an incredible job and it is definitely worth a tour if you are ever in the area. (On Saturdays you can walk around the building on your own, on Tuesdays they give scheduled/guided tours.) The entryway is adorned with these words: "Food is the moral right of all who are born into this world." 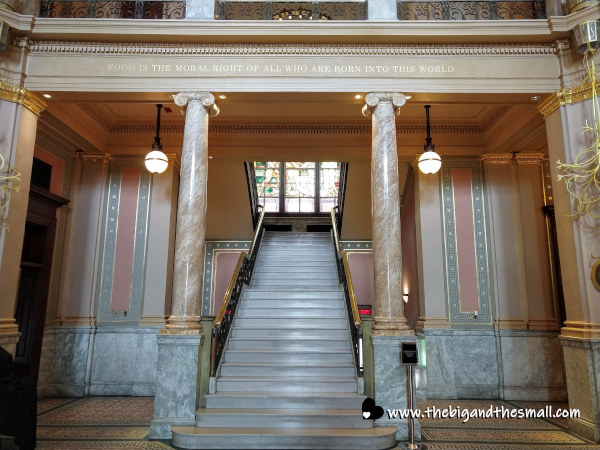 The first floor of the building consists of two huge ballrooms, one on each side. These are used for special events throughout the year and can even be rented out for weddings. 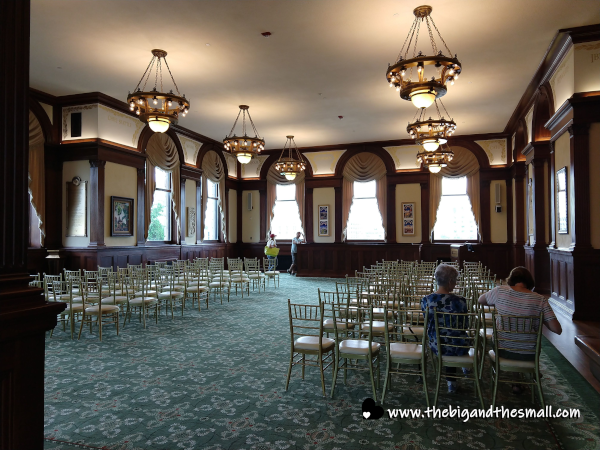 Adorning all the walls throughout the first floor are plaques, pictures, and other various tributes to past World Food Prize winners. This wall in particular showcases every single winner since 1986. I also found it fascinating that around the ceiling they have painted names of well-known people from history who would have won the prize if it had existed - names such as Gregor Mendel who is considered the father of modern genetics (and whose work made possible Borlaug's work with wheat.) 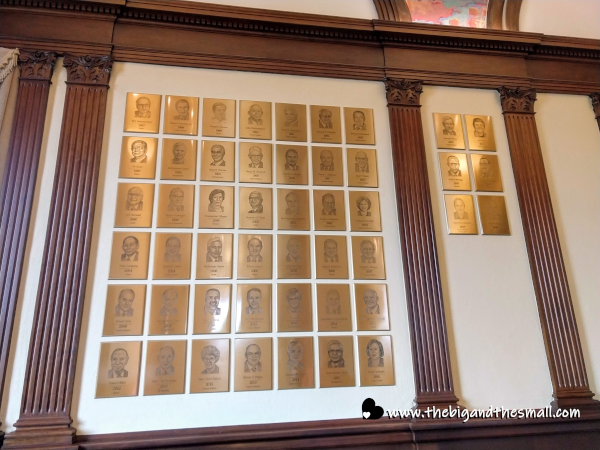 In the basement of the building is where the organization did some truly impressive restorative work. When the library owned this building, this room was the children's library, and at one point there was a vote taken by a board of some sort to paint over this mural. The mural dates back to the 1930's and was a product of the Works Progress Administration (the WPA which was part of Roosevelt's New Deal that pulled the US out of the Great Depression.) It depicts the history of Iowa from the Native Americans up to what was then the present day. Thankfully, the building was sold before the mural was covered up, and the World Food Prize has seen fit to restore it to its former glory, and this room is now used as a lecture hall. 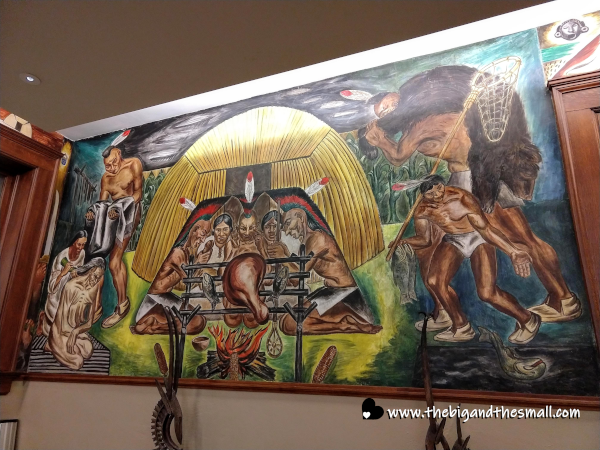 I appreciate that the mural did not shy away from depicting some of the darker parts of history in our state - including the forced removal of native people, as depicted in this section of the painting. (I can see why these were considered inappropriate for an area designated for children, but I'm glad the decision was made not to have children here rather than to get rid of the painting.) 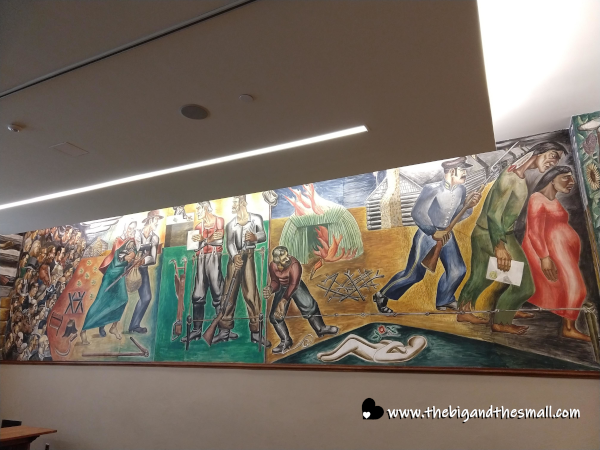 As we walked through the area that gave more information on past winners, my dad, in particular, pointed out Mary-Dell Chilton and stated that she worked at one of the companies he has worked for in his career. How cool! He also asked me who I thought she looked like and we both agreed, she looks a lot like my grandma, his mom! She won the prize in 2013 because she "made a breakthrough discovery that a bacterium called Agrobacterium could transfer a small piece of DNA, named "T-DNA," into the genome of a host plant, with that trait being passed on to the next generation of the plant. her work led to advancements in agricultural biotechnology that increased yields through enhanced resistance to pests and disease and drought tolerance." 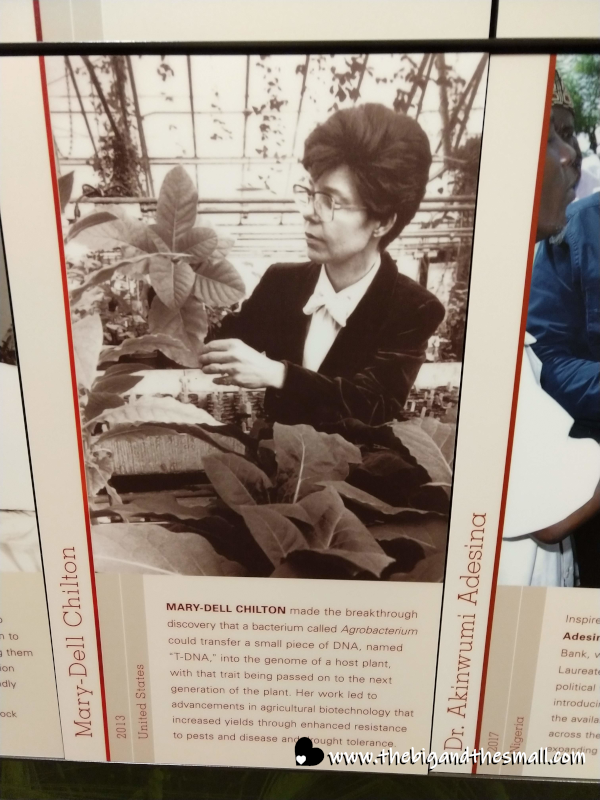 I was uncertain about this trip to the World Food Prize building before we went, but I am so glad we did. I enjoyed learning more about this prestigious prize, as well as seeing the incredible work they did to restore this building to its former glory - and imbue some new glory!

So what do you think? Have you heard of the World Food Prize before? Do you think they should have added it as a category to the Nobels? If you want to learn even more about it you can check out their website here!