The SPAM Museum in Austin, Minnesota

For as long as I have been driving north on Interstate 80, I have always wanted to stop at the SPAM Museum in Austin, Minnesota. It started out as a joke - I mean, why is there even a museum dedicated to SPAM? I had to know. Then I met and married Joel, and we started visiting his friends who live just outside of Austin, so we were driving by the billboards for the SPAM museum all the time. And we still never went! This time, when we were driving north to see the Magnuson's I decided this was it - this might be my last chance ever to go to the SPAM Museum and I was not going to miss out! 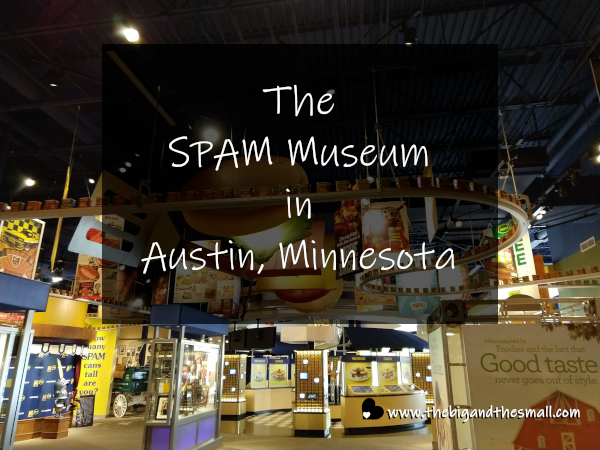 So after spending the morning with our friends, I gathered up the ones who were willing and we set off for the SPAM museum. This turned out to just be Grace (16) and Oliver (4, our godson) as the rest of the family (four of them) decided they had better things to do. Oh well, we would have fun regardless! The museum is right in the center of the town of Austin, Minnesota, and as often as we used to come here in the past it turns out I had never really been to the downtown area. It was cute! The bright blue and yellow letters of the museum certainly stand out, you can't miss it. 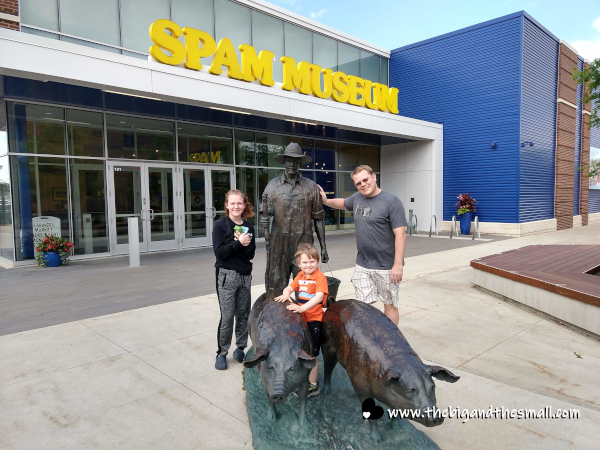 The museum is built here because the only factory that makes SPAM in the USA is located here in Austin. The museum is part advertisement and part really interesting history about this canned meat. It is also FREE, which makes sense because I can't imagine too many people (myself included) would be willing to pay for it, no matter how cool it is. We started by learning some fun facts about SPAM, including how the name came about. 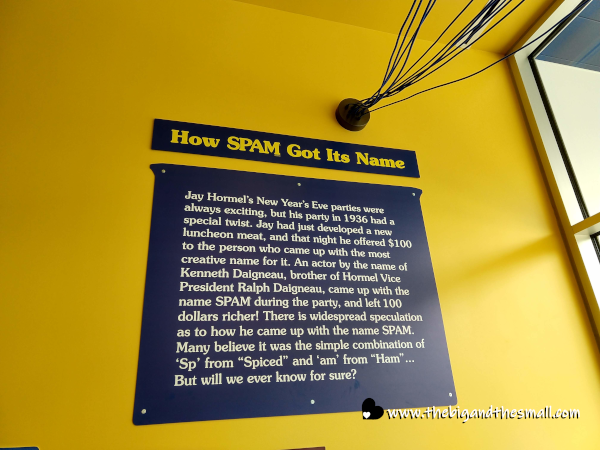 One of the biggest sections of the museum shares a lot about how SPAM helped in the efforts of World War II by keeping soldiers well-fed so they could be on the battlefield. In wartime SPAM wasn't just given to American soldiers, it helped feed all of our allies as well, which is part of how SPAM came to be a worldwide phenomenon. The canned meat is still really popular with soldiers today, and is still used in our rations given to members of the military!

They also had some fun behind the scenes exhibits on how SPAM is made and distributed around the world. There was an interactive station where you could can some pretend ham and compare how long it took you compared to how many the factory made in that same amount of time. At another one, you could try lifting the boxes like they have to do in the warehouse! 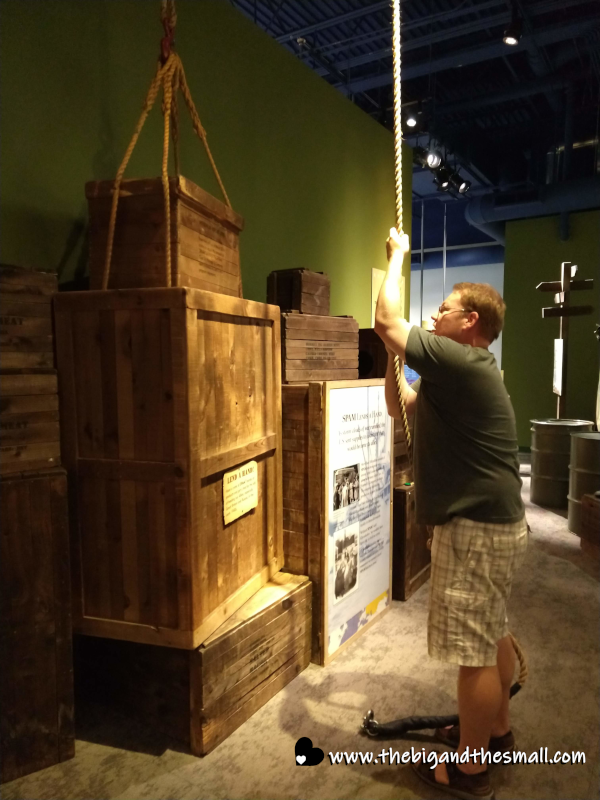 The most adorable exhibit let both kids and adults dress up like workers at the factory. It was all too big for Oliver and too small for Joel which was pretty amusing. On the wall you could check to see how many cans of SPAM tall you are - Oliver is 12 cans of SPAM tall and Joel doubles him at 24 cans of SPAM tall! 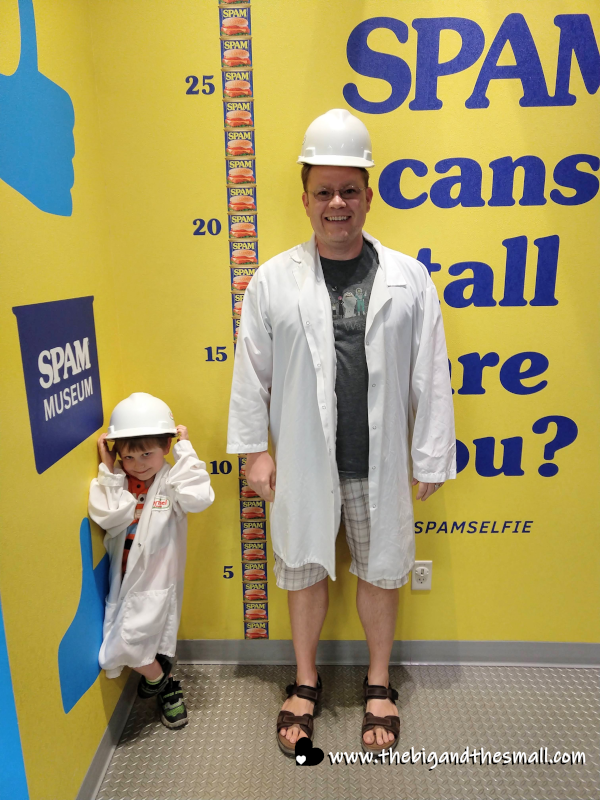 The area I was most impressed with was the children's play area. If I lived in the area and had small kids, this would definitely be on my list of places to take the kids on a rainy day when I wanted to get them out of the house. The barn was filled with climbing obstacles and slides, and then there was a playhouse where you could pretend to cook and grill meals (with SPAM of course!) 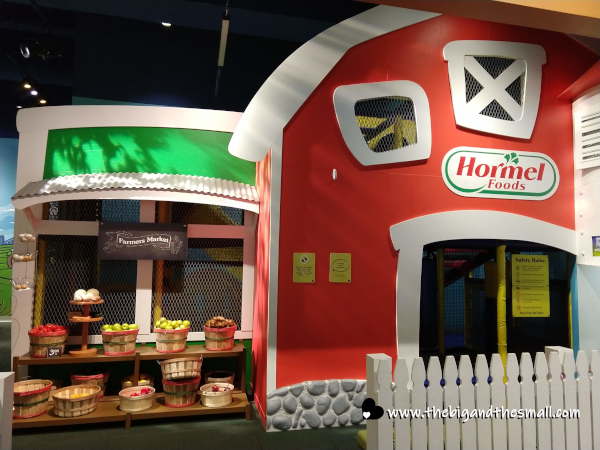 Oliver had fun posing with the various SPAM mascots, including this Knight! 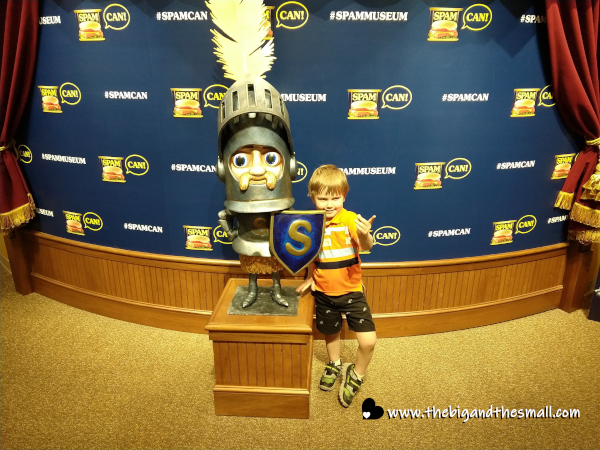 I also really loved the "SPAM around the world" section which talked about all the various countries where SPAM has become popular. I was most excited by the UK section, which was designed to look like a pub called "The Flying Pig". Each around the world section had a screen with different games on them, and in this section, it was a game that was designed like Angry Birds. Except instead of throwing birds you threw cutlery, and in the structures, you were knocking down you were aiming for the cans of SPAM. 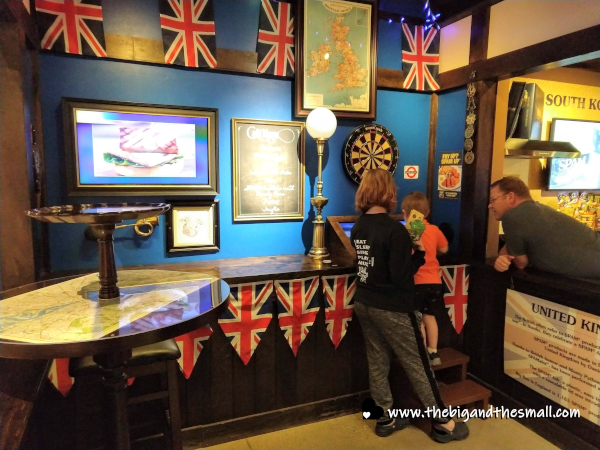 But for real, my most favorite part of all was when we got a free sample of SPAM! I made a joke to Joel that they were giving out "spamples" and when the guy distributing overheard me he said that's what they actually call them! So it was hilarious and delicious, two of my favorite things. We got to try the bacon SPAM and it really was good. 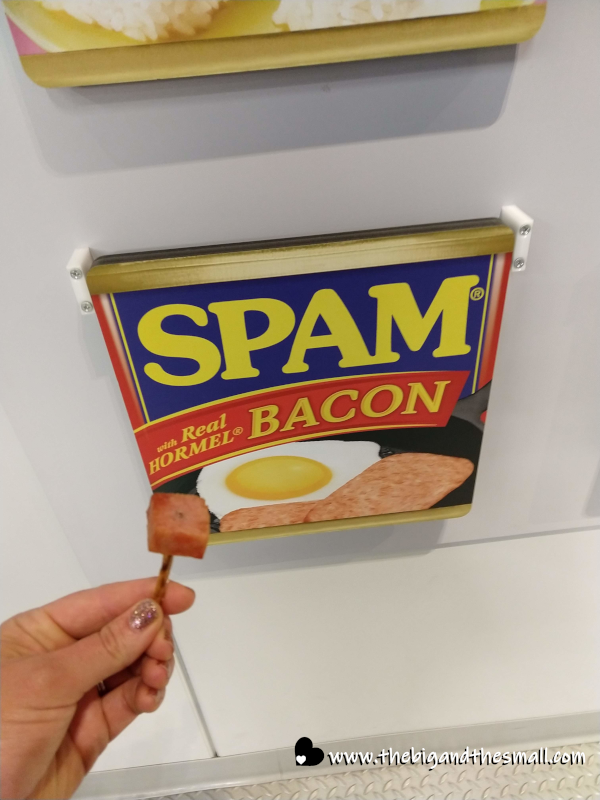 We spent about 45 minutes here and were pretty well entertained the whole time, even with a four-year-old. If you find yourself driving by on the interstate and wondering if a visit is worth your time... the answer is yes!

So what do you think? Would you ever want to visit the SPAM museum? Do you eat SPAM? I don't really but I kind of want to now...they also have tons of cool flavors!