When We Listen to Wisdom - A Sermon

Yesterday I had the distinct privilege of preaching at my home church. While scripture reminds us that sometimes a prophet is not welcome in their home town, that is not the case with Walnut Hills and me! This is the church that raised me, taught me, and nurtured me into my call to be a pastor.

I felt so much freedom in writing this sermon because for the first time in my ministry I knew I was "preaching to the choir" so to speak. I didn't have to worry about whether my message was "too progressive" or whether I might offend someone in the congregation, not because I was only there one Sunday, but because I knew that most people in the congregation are on the same page.

This is a sermon that will only ever be preached once, which was Sunday, June 16, 2019. These words were written specifically for the congregation of Walnut Hills United Methodist Church on that day. However, the heart of the message is applicable for all time, so I hope you enjoy reading it. If you would like to listen to an audio version instead of just reading, you can find a link to it here. 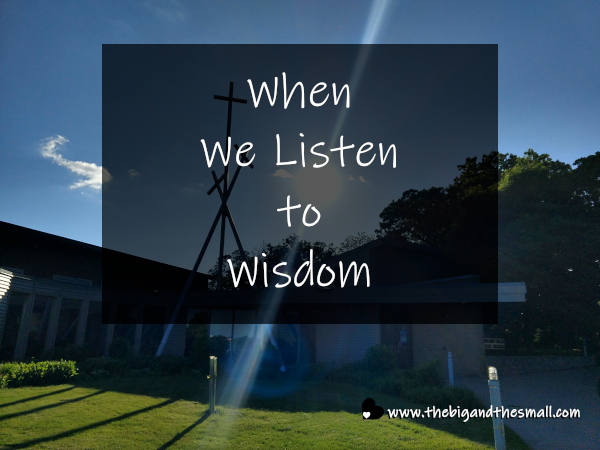 For those of you who don’t know me other than what Diane just shared, let me tell you a little bit more about me. I am the daughter of Roy Johnson and Peggy Palmer-Johnson, sister of Matthew. I grew up here at Walnut Hills, well - not always here, exactly - as I remember the days when we met at the elementary school before we had this building to call our own. I was pastored by Gene Koth, Doug Peters, and Pam Deeds (among many others), who helped me discern my call into ministry. My handprint is on the wall in the youth room downstairs, and the handprint of Walnut Hills has always been on my heart. I was raised in a church where all people are welcome, all of the time, without question. 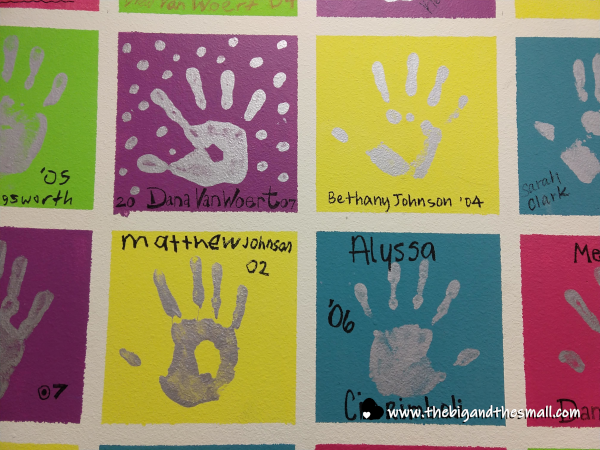 Imagine my surprise when I went to seminary in 2007 and learned that this idea of welcoming all, this bedrock of my belief, this cornerstone of my faith, is not the official stance of the United Methodist Church, according to our Book of Discipline. Okay to be completely honest, first I had to learn what the Book of Discipline was. As much as I had been taught about God, Jesus and the Holy Spirit, about grace and love and faith, I had never been taught (or perhaps I had never listened) about this book of rules that define the order and life of our church.

I remember the shock I felt in reading for the first time the words stating that “homosexuality is incompatible with Christian belief,” that “self-avowed, practicing homosexuals” are barred from ministry in this church, and that I, as a pastor could never perform a wedding for two individuals who love each other and are ready to commit their lives to one another, if they happen to be the same sex. This was not the church I grew up in, this was not the church that taught me that God’s love is poured out for all, that God’s grace is given to us even before we are aware of God’s existence. I was angry, and heartbroken, and felt lost.

I found myself longing for wisdom - what was I to do with this new knowledge I had about my denomination? Do I stay in such a broken system? Do I go? I didn’t know.

In our scripture reading from Proverbs today, Wisdom starts by calling out, by pleading, for people to listen to her. “On the heights, beside the way, at the crossroads, she takes her stand; besides the gates in front of the town she cries out” - hoping that people will begin to listen to her.

Then wisdom says, let me tell you a little bit more about me.

“The Lord created me at the beginning of his work, the first of his acts long ago.” I have been here, she says. I have seen it all. “When there were no depths I was brought forth,” Wisdom was there before the mountains had been shaped, before the hills, even. Wisdom was there before God created the earth and fields, or the world’s first bit of soil. I was there, wisdom says, when God created the heavens, “when he drew a circle on the face of the deep,” made firm the skies above and gave the sea its limit. In all of that, wisdom says, I was beside God, like a master worker.

I have been around since before the earth was formed, and I am in its formation. Look around you and you will see my work. You will see that I, wisdom, can enhance your lives, make things better if only you would listen to me.

One of the reasons I am continually drawn to the Wesleyan Methodist tradition is our emphasis on reading scripture not alone but through the lenses of tradition, experience, and reason. Or another way of saying reason, wisdom. As Methodists, we do our best to heed this call to listen to wisdom, to let it guide our reading of scripture and the way we live out God’s call on our lives in this world.

One of the best definitions of wisdom I’ve ever seen came from an internet meme, of all places. I have no idea of the origin of this saying but it goes like this: Knowledge is knowing that a tomato is a fruit, wisdom is not putting it in a fruit salad.

Reading scripture on its own gives us knowledge about what the words before us say, but wisdom guides us to look at the context in which the words were written, the changes in translation as we read these words in English, not their original language, and wisdom guides us to the heart of love that is woven throughout all of scripture.

Knowledge of scripture could lead us to say things like slavery is condoned, women should be silent in church, and homosexuality is an abomination. But wisdom of scripture has led us to realize that God does not desire for us to own other human beings, that God pours out prophecies on God’s sons and daughters alike, and that love is love is love is love.

This past weekend I attended the annual conference of the United Methodist Church in Iowa. Sometimes these gatherings are spirit-filled and life-affirming, and sometimes they are… less so.

When a clergywoman stands on the conference floor and says that she cannot pick and choose which parts of scripture she believes, therefore, she is against homosexuality, wisdom cries. When a lay delegate stands on the conference floor declaring that he is a farmer who does not believe in climate change, that if it were to exist it is not man-made, and that we have no responsibility to be better stewards of the earth God has entrusted to us, wisdom cries.

And yet, oh and yet, I rejoice in the times where it seems like we finally have listened. I rejoice in the ways the movement of the Spirit and Wisdom was clear and evident in the annual conference last weekend. Wisdom led progressive advocates in the state of Iowa, including your incoming associate pastor Ryan Russell, to organize a slate of progressive candidates for General and Jurisdictional Conference, both for clergy and laity. Wisdom led your very own Dick Clark and Jean Swenson to write resolutions for advocacy for responding to the climate crisis, and the racism of certain government agencies. Wisdom led another child of this church like myself, Laurel Capesius, to stand up and speak for campus ministry in a passionate and compassionate way.

Walnut Hills was alive and well at this conference and leading in the way of the spirit of wisdom and truth. I have never been more proud to say that this is my home church, that this is where I learned about Jesus, not just in a book, but in the way we live.

You see, throughout my time in seminary, I considered changing denominations. The United Church of Christ is fully affirming and very welcoming. But as a congregational denomination, they lack the connection of churches and cooperative ministries like Peace with Justice Sunday that makes the UMC such a powerful force for good in this world. The Episcopalians are fully affirming plus they get to do cool things like use incense and real wine at communion. But while they have their own beautiful theology, they lack the theology I am drawn to - the one grounded in the Wesleyan ideas of grace, and the examination of scripture using tradition, experience, and wisdom.

Throughout this wondering and wandering, I remember having several conversations with Doug Peters about the United Methodist Church as a denomination, and about Walnut Hills as a congregation. It was while I was in seminary that Walnut Hills became a reconciling congregation - one of the first in the state. Walnut Hills continued to give me hope for what the United Methodist Church could be - for what I believe it should be - a place to call home where all are welcomed, nourished spiritually, and sent forth to serve. I decided that I was Methodist through and through, and despite all the flaws of the UMC, this is where God had called me to serve at this time.

I lament, that over a decade later, the UMC as a whole is still drawing lines around who is in and who is out. I watched every second that I could of the special called general conference that occurred this last February, and I wept when the traditional plan was passed. At that moment it felt like not only did we not listen to Wisdom, we told her to go away, that she, too, was not welcome in this church.

Thanks be to God, it is not quite that easy to send wisdom away. It would take more than a 51%-49% split vote to push out the power of the Holy Spirit. Since February we have seen a great awakening of not only progressives and centrists but conservatives who look at the Traditional Plan and do not recognize their church, just like I felt when I first learned of those words in the Book of Discipline so many years ago.

The winds of change are moving, as throughout the United States various annual conferences are electing progressive delegates to general and jurisdictional conference for the very first time - some completely unexpectedly. Progressives are getting voted in, in places like Missouri and Central Texas. The Dakotas approved a statement disapproving of the Traditional Plan. Wisdom has continued to cry out on the margins and we, God’s people, are finally starting to listen.

Here in Iowa, we elected a full progressive slate of clergy and lay delegates to both General and Jurisdictional Conference. I don’t know exactly what winds of change the Spirit will bring to the General Conference in May of 2020, but I know we are sending people who are ready to listen, who invite Wisdom into their lives, and who live by the Spirit.

Here in Iowa, we approved, by a vote of 595 Yes to 280 No, a statement saying that we disapprove of the traditional plan, and reaffirm our baptismal vows to “resist evil, injustice, and oppression in whatever forms they present themselves.”