On the same day we went to the baseball game in the afternoon, we spent the evening at the zoo! Blank Park Zoo in Des Moines hosts an event every Wednesday called "Zoo Brew". From 5:30-9:00 the zoo is open only for adults 21+ and adult beverages are available for purchase. It's a great chance to wander around the zoo without kids around, and enjoy a beverage while you do! I went to Zoo Brew a lot in the summer of 2010 with friends, but this time I went with my family. 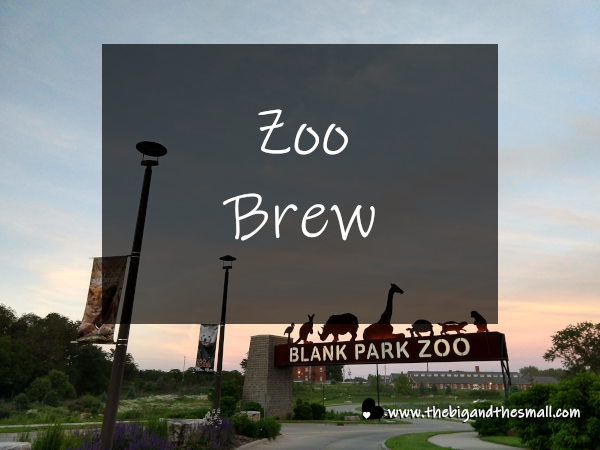 The Zoo is divided into a couple of sections, including one that contains animals from Australia! This section is my favorite as once you are inside the animals wander around freely. Which means you can be walking along and one might cross right in front of you on the path! No one got too close the night we were there,  but these wallabies were pretty cute to watch from a distance. I'm hoping for some closer encounters with (the fun not scary) wildlife when we go to Australia later this year! 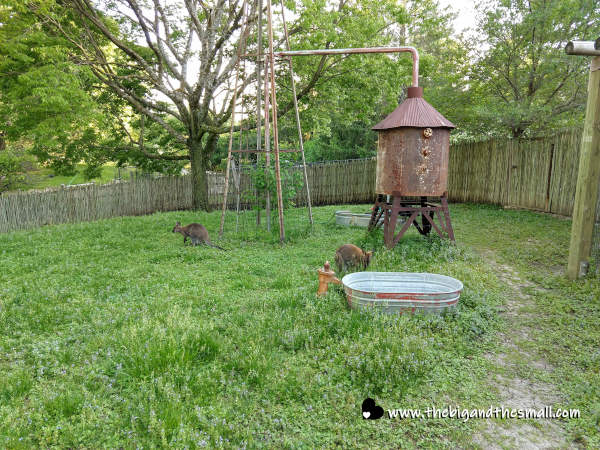 When we were done wandering through Australia we actually stopped for a brew. I got a hard apple cider while mom went for a Coors Light. The cold drink was much needed in the hot weather! 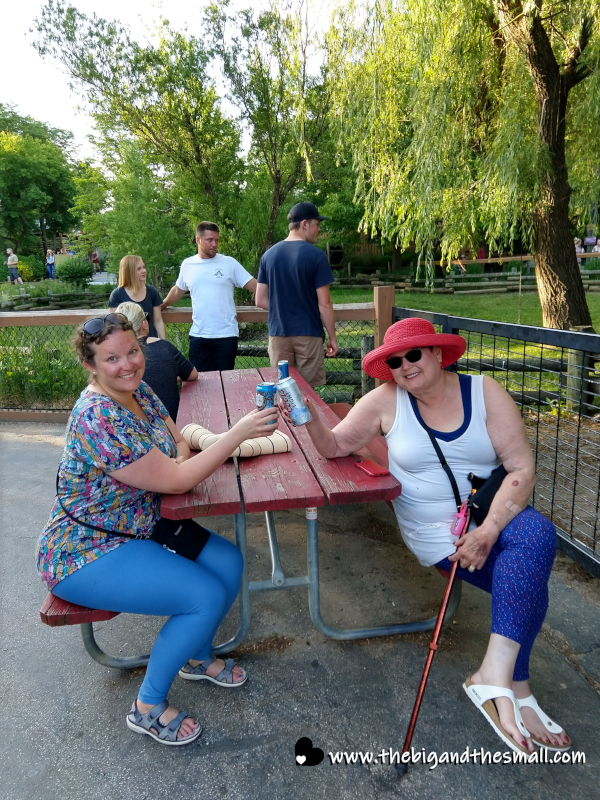 I really enjoyed looking at the big cats, including one lion who was having a really fun time playing with an empty keg that had been placed in his enclosure. Since they were behind glass it was impossible to get a good picture of them, but trust me, they were cute. A cat is a cat no matter how big! Speaking of cute, the giraffes were looking pretty adorable that night as well! 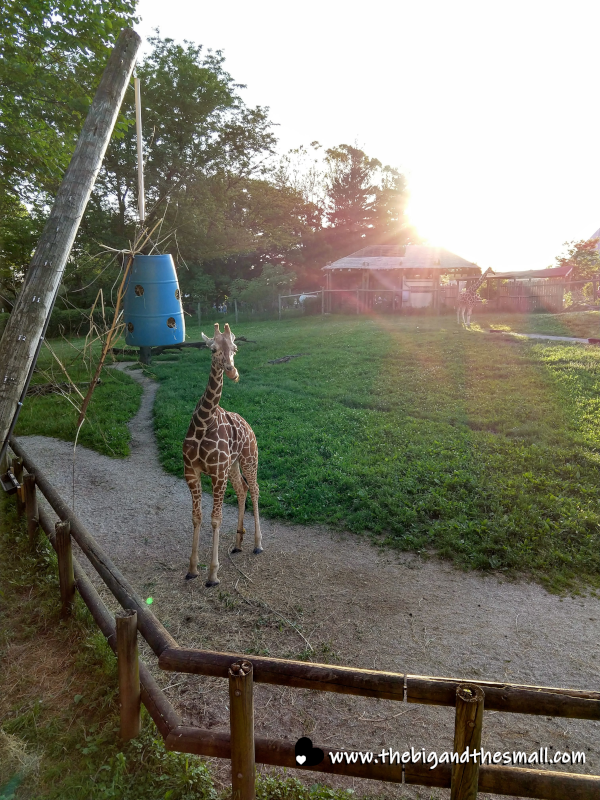 This one, in particular, pulled a move I've never seen before. He wanted to eat some clover on the ground so he splayed his legs out in order to reach. I had to zoom in for the picture so it's a little bit blurry, but how fun is this!? 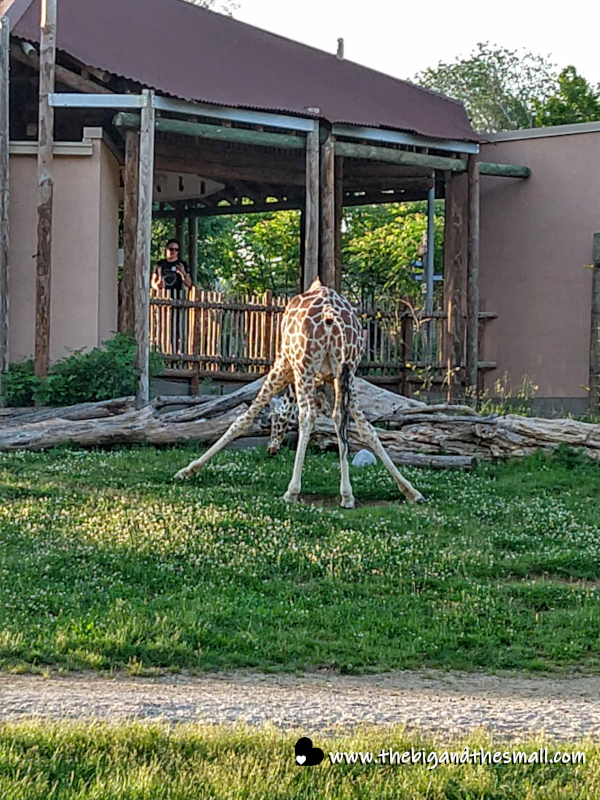 My absolute favorite animal to visit at any zoo is the penguins. Here they have some penguins that are from a warmer climate, so they were outside when we first found them! They kept swimming back and forth across the water in a synchronized unit which was awesome to watch. 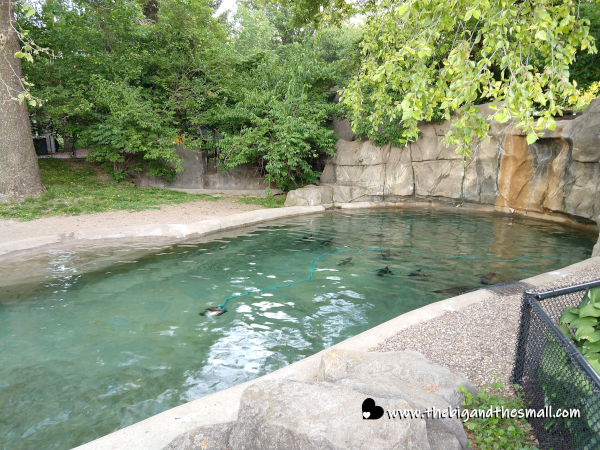 A short time later it was time for them to turn in for the night so we got to watch them get out of the water and waddle into their home. There was a viewing space where we could continue to watch them get fed and settle in, and when we got inside this little guy came over to say hello! He kept strutting back and forth in right in front of the glass like he knew he had an audience. It was hilarious. 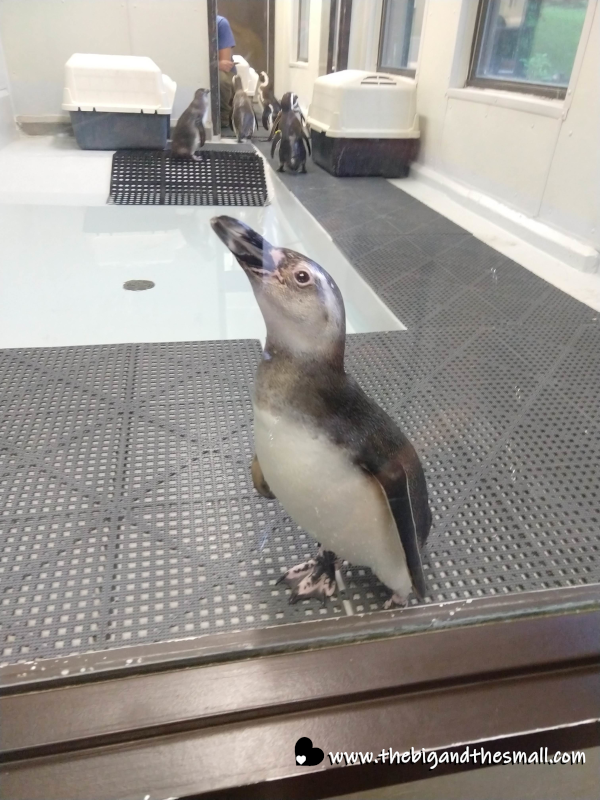 What is your favorite animal to visit at the zoo? Have you ever been to a Zoo Brew event before? Let's chat!