Thanks to the generosity of my parents, I am getting to eat at restaurants more than Joel and I usually do during our travels. I won't be able to write about every place we eat, though I do plan to do a Des Moines round-up at the end of our time here. However, the place where my mom and I had lunch last week was so good it absolutely deserves its own post! We almost went to a restaurant we have eaten at before, but decided at the last minute to take a chance on something new. Enter: Dumping Darling. 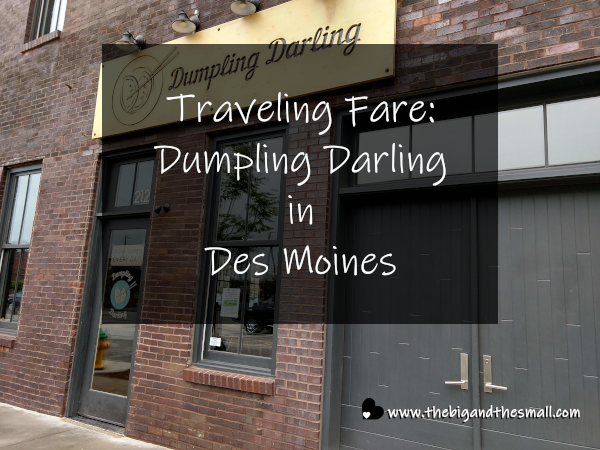 Dumpling Darling started as a farmers market stand in 2014, after the owner, Lesley, spent time in Korea and discovered how much she loves dumplings. She views them like pizza or sandwiches in their versatility, and their ability to be a canvas for a wide variety of flavors. After success at the farmers market, she opened a restaurant in Iowa City (home of the University of Iowa, my alma mater), and just this year she opened the location we went to in Des Moines. The restaurant is located in the East Village, a hip part of Des Moines that is turning a lot of old warehouses into restaurants/stores/living spaces. The wide-open contemporary look of Dumpling Darling was very inviting! 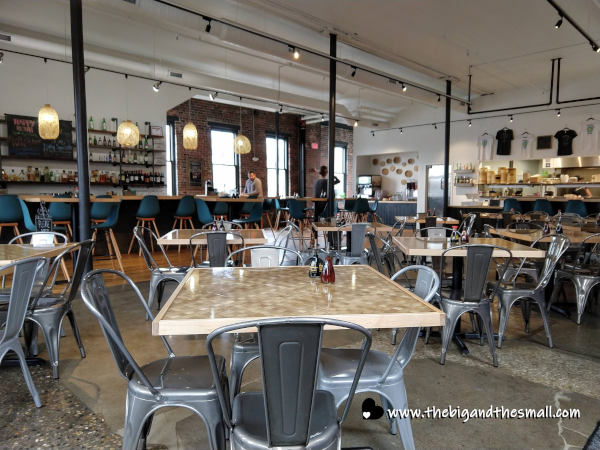 My mom and I are both the kind of people that like to look at the menu of a restaurant before we arrive so we save ourselves the trouble of dithering at the table. The menu had a wide array of amazing sounding options but we quickly decided on the three we wanted to share. First up was Pork Belly Mac & Cheese Egg Rolls. 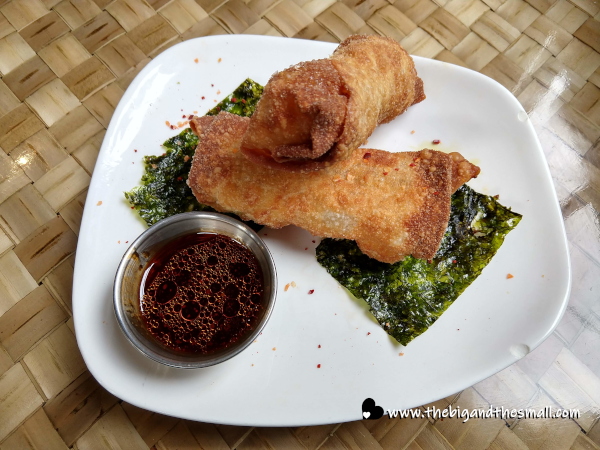 If you know me at all you know I am obsessed with cheese, and my favorite food of all time is macaroni and cheese. Mix in some pork belly and fry it up in an egg roll? Yes, please! This was so, so delicious. The creamy mac and cheese with the salty pork belly, carmelized onions, and bell peppers all inside the crispy fried wrapper was a dream. We dipped it in their housemade chili oil that was also incredible. I'm pretty sure I could eat this exact food every day of my life and never get sick of it. 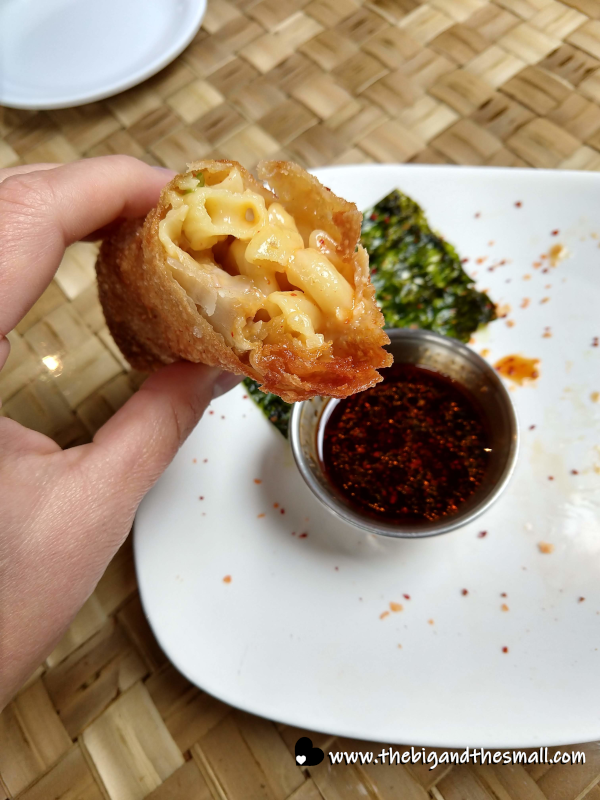 With the meal off to such a great start I was a little worried the other two items wouldn't live up to the starter. Turns out I had nothing to worry about as next up was the Avocado Rangoon. This is a twist on the ubiquitous crab rangoon that can be found at pretty much any Chinese restaurant in the States. Traditionally, cream cheese is mixed with crab in a wonton wrapper, then fried and served with sweet and sour sauce. Dumpling Darling's version added creamy avocado to the mix and served it with their housemade sweet and sour sauce which had detectable notes of raspberry in it. Seriously, so good. I don't even like seafood/crab but I gobbled this down. 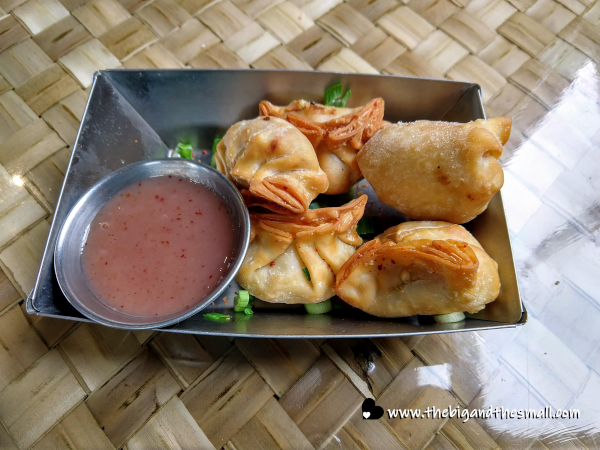 Last up was the main dish called Pork Belly and Leek Bao. I've never had bao before, but it is a dumpling made with a dough that reminded my mom and me of a crescent roll (we are so American.) Ours was filled with pork belly and leeks then served over a bed of Korean BBQ Brussels sprouts that were topped with brown butter, fried shallots, and smoked sea salt. O.M.G. Seriously, I don't really like Brussels sprouts, but I would order these time and time again. All of the flavors played well together and everything was taken up a notch when dipped in more of the housemade chili oil. The bao was delicious but the Brussels sprouts were so good I made them my last bite just so the flavor could linger. 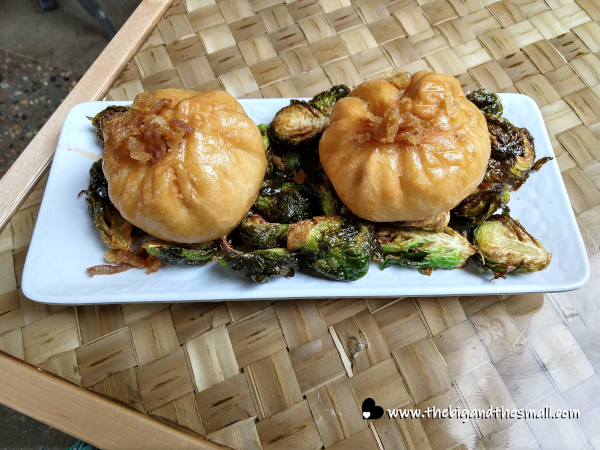 My only regret is that we were so full from all this delicious food that we didn't have room to order dessert. They have rotating weekly specials and the dessert special this week was Fried Root Beer Dessert Dumplings. According to the menu, this was "root beer marinated tofu tossed with cinnamon sugar and topped with maple agave." I'm not a tofu fan but I have a feeling this would have won me over, just like the crab and the Brussels sprouts we did order.

I would eat at this restaurant again in a heartbeat, though I would have a really hard time deciding whether to try something new or order this exact same menu because it was so good. Sometimes when I find a restaurant meal I love I will try to recreate it at home so I can enjoy it over and over again. However, the majority of this meal is beyond my skill set to make, so I will just have to remember it fondly. I'm pretty sure this meal will haunt my dreams for a long time to come!

Would you want to try any of the items we ordered? How about that tofu dessert? Do you consider yourself an adventurous eater or do you tend to stick to what you know? I find myself being more adventurous the older I get, and it mostly pays off!