If you have ever lived in Ames, or anywhere close to it, then I'm sure Hickory Park is not news to you. This restaurant has been an institution in Ames for almost 50 years - since 1970! They are known for good BBQ and even better customer service, and if you are ever in the area it is not to be missed. 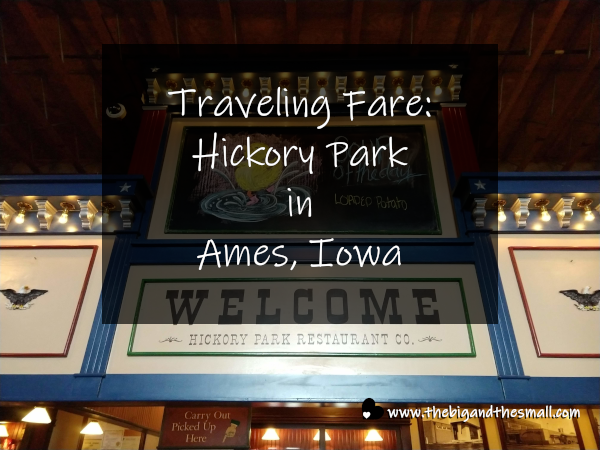 After going up to Ames for my brother's bocce ball games in the Special Olympics last week, we couldn't help but go eat at Hickory Park. Ames has a lot of good restaurants, but Hickory Park is a classic. The place is humongous, probably one of the biggest restaurants I've ever seen. And in the USA, that's saying something! European friends, you would be shocked at how gigantic this place is. This picture was taken at the front of the restaurant, and shows just a small fraction of the seating areas available. 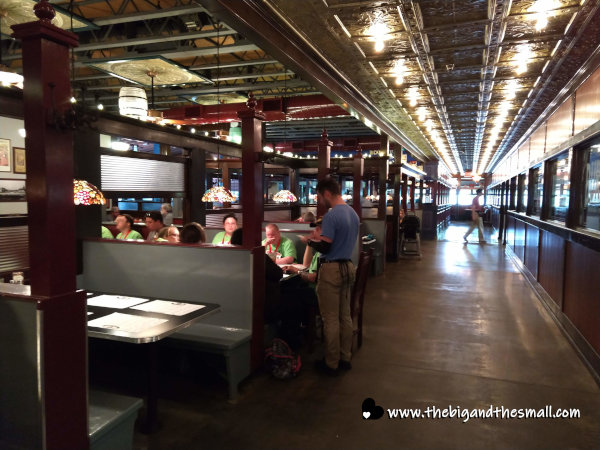 Part of why Hickory Park is so successful is because it is so huge. Ames is a college town, which means the population practically doubles during the school year, and doubles again on college game weekends. Everyone who comes to town needs a place to eat before and after the game and Hickory Park knows how to handle the big crowds! When the place is busy they have a great system for handling everyone - you get a number, then when your number is called you go to one of these stands to wait, then you get ushered to your table which could be quite a long walk from here. 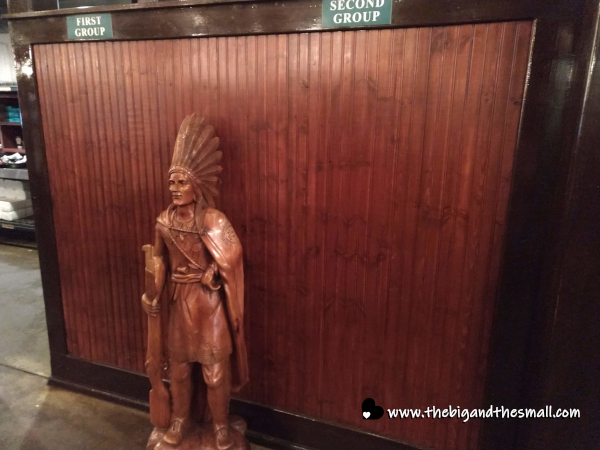 I've seen Hickory Park have multiple giant buses in the parking lot, the whole inside and outside waiting area packed with people, and yet I've never waited overly long for a table. It's impressive, really. (Quite the contrast to that time in Wales when the restaurants were over half empty and still gave us ridiculous wait times!) No matter how busy they are, the food always comes quickly and is always delicious. In keeping with the theme of giant things, the menu is also huge with over 100 items on the main menu, and about as many on the dessert menu as well. I apologize for the blurriness of this photo, but I wanted to share it anyway since it shows all the options one has for just ice cream! 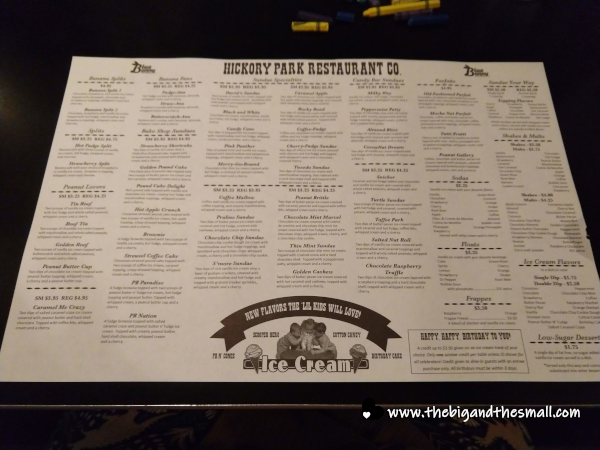 Joel and I almost always order the same thing when we come to Hickory Park - and we always split a meal because, you guessed it, the portions are huge, too. The key is to go for one of the BBQ platters so you get a mix of meats to enjoy. This time we got one that had a half rack of ribs as well as smoked turkey and pork (which are hidden under the ribs in the photo). There is an array of side dishes to choose from but you can't go wrong with the mashed potatoes and gravy and the mac and cheese! 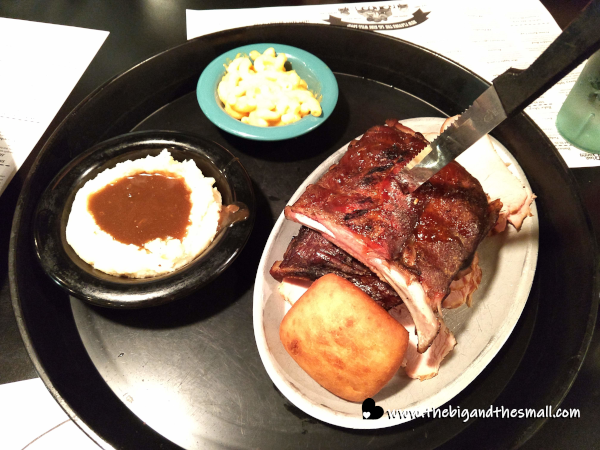 Their mac and cheese is very American - made with a creamy cheese like substitute most Europeans wouldn't deign to call cheese, but I love it. I love it so much in fact that we had Hickory Park cater our wedding way back in 2013! Okay, it wasn't just because of the mac and cheese that we chose them - the restaurant happened to own the building where we wanted to hold our reception so they also did all of the catering. But it was a nice big bonus, especially when we had tons of leftovers and I got to eat that mac and cheese (and leftover wedding cake) for a week. Also, how impressed are you that I ate BBQ at my wedding reception in my wedding dress and didn't spill any on me! (Hint: you should be very impressed.)

I mentioned that Ames is a college town, well, it is home to Iowa State University, and their mascot is a cardinal named Cy. Cy is short for "Cyclones" which is their actual team name but I guess it's hard to put someone in a mascot costume of a tornado? I'm not really sure why they have a bird but I'm sure someone who knows more will correct me at some point. (I graduated from the rival state school the University of Iowa so that explains my lack of knowledge.) All that to say, that several years ago the university created an art project in which many dozens of statues of Cy were created using different themes, and placed around town at various businesses and city sites. The one at Hickory Park is dressed like a worker at an old fashioned ice cream parlor, a nod to Hickory Park's history. Joel couldn't help but pose just like Cy with our box of leftovers. 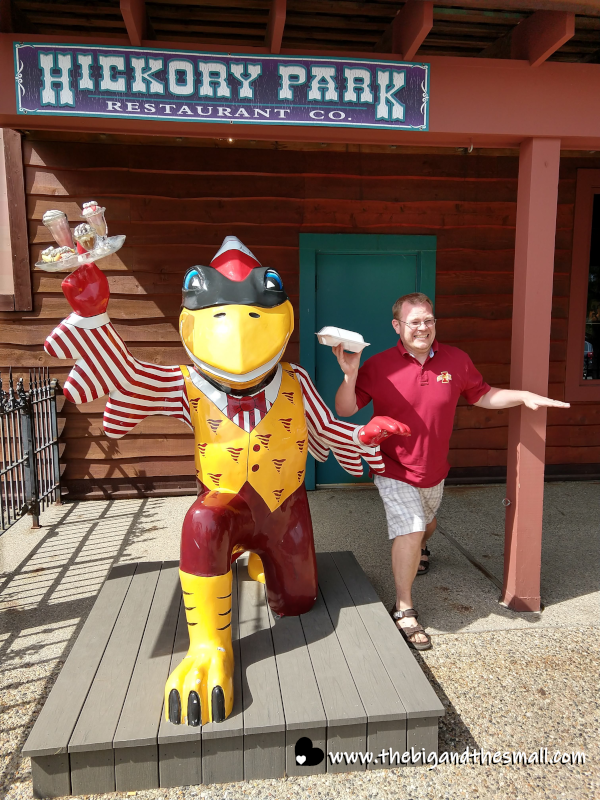 If you are ever in the Ames area, with either a large group of people or a large appetite, Hickory Park is the place to go. You will be served excellent food very quickly by friendly college students, and if you leave hungry it's definitely your own fault.