Since returning back to the States a week ago, we have indulged in many of the foods we missed while we were gone! (My scale can attest to the level of indulgence, whoops.) Though I miss English cheddar cheese, Steve rightly pointed out that we can now bathe in root beer and ranch dressing if we wish, so it's a pretty good trade off. One special food we've had recently is not just unique to the United States - it's pretty unique to our state of Iowa! This treat is the "loose meat sandwich" or a "Maid-Rite" if you're feeling fancy and want the brand name. 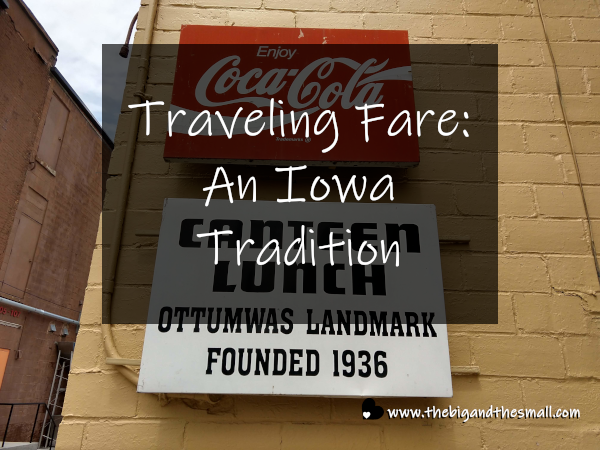 If the idea of a loose meat sandwich sounds familiar, you might have watched the show Roseanne when it was on TV back in the early 90's. The title character Roseanne, and her sister Jackie opened a loose meat sandwich shop on the show. Turns out that storyline was inspired by an actual restaurant that still exists in Ottumwa, Iowa! On the outside the building is unassuming and, if you don't know what you're doing (or have Google maps), could be hard to find. The building has existed since the 1930's but at some point a parking structure was built over the top of it. 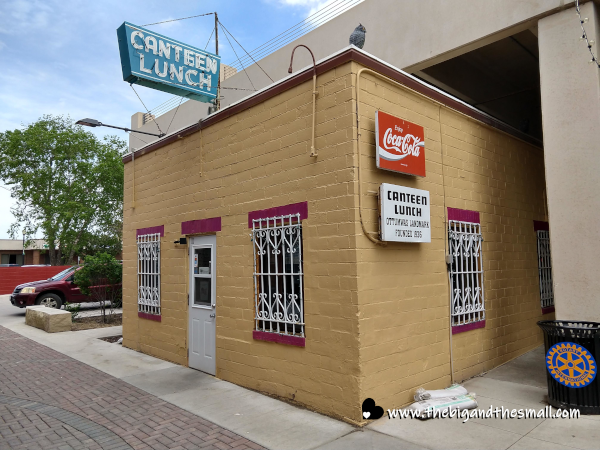 The inside of the real restaurant - the Canteen Lunch in the Alley - looks almost exactly like the one did on the show. You can even see in the center the big vat they cook all the meat in! The inside could be called cozy if you're feeling generous, and claustrophobic if you're there at lunch time on a Saturday. It is certainly still a popular place! 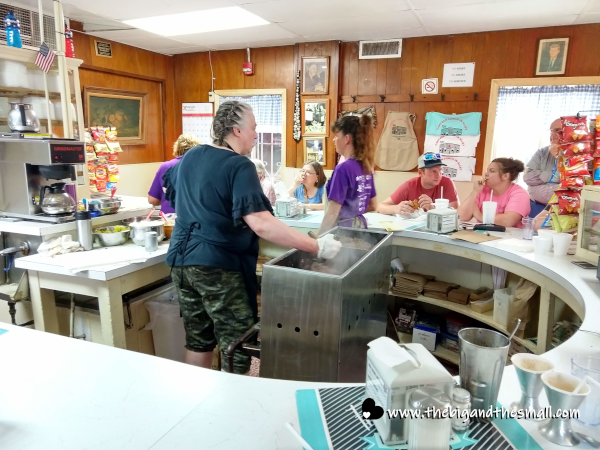 Lucky for us it was a gorgeous day outside, so we were able to sit and eat at one of the picnic benches located nearby. In the vein of most classic diners, the restaurant is famous not only for their sandwiches, but also for their pie. Joel and I tried the butterscotch pie and the peanut butter pie, and the peanut butter pie was the clear winner. We washed it all down with root beer that came with free refills - yay America! 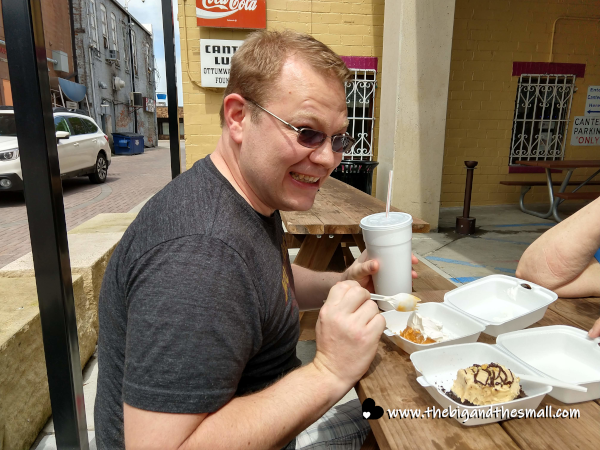 As fun as it was to be at the restaurant that inspired a popular TV show, and as good as their pie was, I was actually a bit disappointed in the actual loose meat sandwich. Mostly I tasted mustard, and I felt the meat could have used more seasoning when in the cooking process.

Before we ate the restaurant in Ottumwa, we had lunch one day at a Maid-Rite in Burlinton, IA. While the Canteen Lunch in the Alley is a unique restaurant, Maid-Rite is a brand with franchises all over the Midwest including Iowa (most of their locations), Illinois, Minnesota, Missouri, and Ohio. The one we went to is at the mall in Burlington so it's convenient to eat at before watching a movie (in this case, finally seeing Avengers: End Game!) 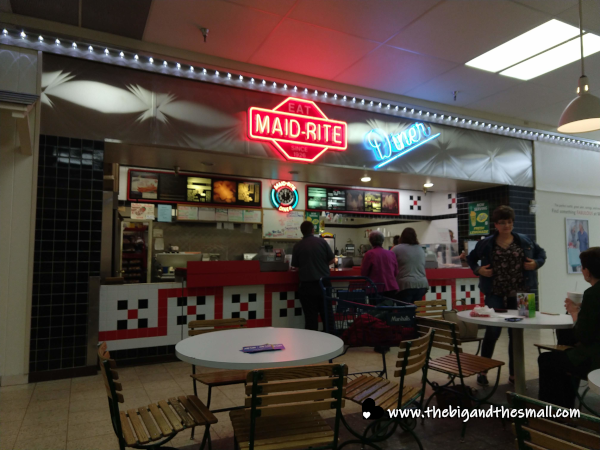 That day I splurged extra and got the Maid-Rite with bacon and cheese. However, I don't think it was just the addition of the bacon and cheese that made me like this more than the one in Ottumwa. The meat itself had a lot more flavor, and the onions were cooked in with the meat rather than added raw to the sandwich at the end. 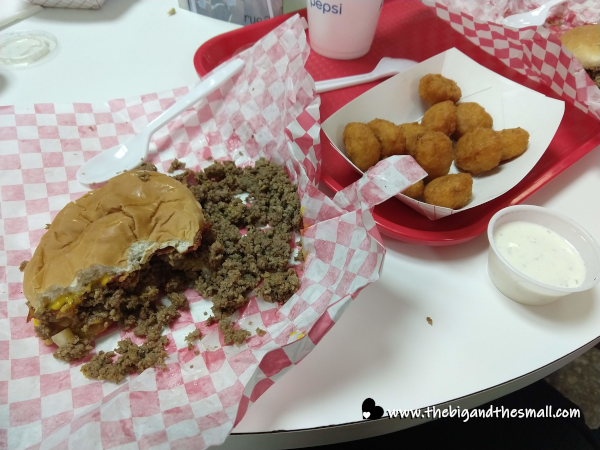 Plus, the Maid-Rite had a lot more options for sides with your sandwich! I debated between cheese curds, fried cauliflower and corn nuggets before deciding that for my first meal officially back in Iowa I had to get something corn related. So corn nuggets it was! These are corn mixed with cheese, dipped in batter, and fried. Healthy? No. Delicious? Heck yes. Especially when served with a side of ranch dressing! 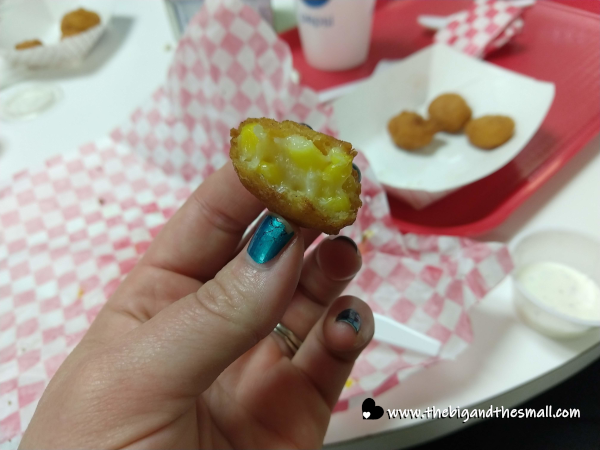 So there you have it, the simple sandwich made famous by Iowa and beloved by people everywhere. There are tons of recipes online to make your own at home if you wish - they certainly don't require too many or any exotic ingredients. Ooh and if you wanted to cross cultures, I think a loose meat sandwich with some British brown sauce would be extra delicious.

If you are from Iowa, what do you think of loose meat sandwiches/maid-rites? If you aren't from here, do you want to try one now? What kind of food is your home place known for? Do you love it or hate it?