If traveling long term has taught me anything it's this - it is important to be flexible. Nowhere does this come into sharper relief than when it comes time to transition between housesits. Getting from one place to another is always the hardest part, and it seems we almost never have a transition without some amount of drama. This time was no different! 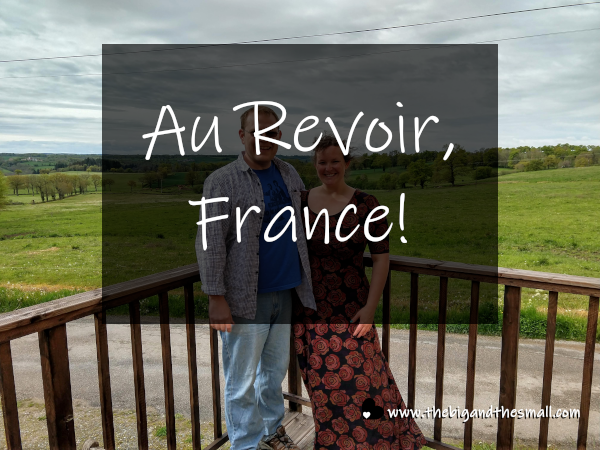 It all started late Tuesday afternoon, as we were watching a movie and getting ready to eat dinner. Joel looked at a text on his phone and immediately exclaimed out loud, "Well crap! That's really bad news!" My anxiety immediately went sky high as I started imagining all sorts of scenarios and gradually shouting "What?! What?! WHAT?!" louder and louder until he finally answered me.

Our flight from Limoges, France to London, England on May 9th (Thursday) was canceled. Since we also have a flight booked (with a different airline) to fly out of London to Chicago on Friday the 10th, this was really bad news. The text gave no information as to why the flight was canceled, so at first, we just assumed that was our bad luck for using a budget airline (Ryan Air.) Joel quickly got online and started looking for a new flight out we could book for the 9th. We had to get to London by then because there was nothing that left France early enough on the 10th for us to make our flight leaving London that day.

It wasn't looking good, as it appeared that there were no flights out of the airport we needed on the 9th. Eventually, the news came through that all flights were being canceled that day due to a strike by French air traffic controllers. So this meant we had to start looking for flights on the 8th. Also known as the very next day. Also known as less than 24 hours from that particular moment in time, when we hadn't packed a thing and Bob (the homeowner/our ride to the airport) wasn't even back yet.

As we started searching for flights out on the 8th, we discovered that everything flying out of Limoges was already booked. So we had to expand our search to other airports in the area. We finally found one leaving from Poitiers, which is a 2.5 hour drive from our housesit, rather than the 1.5 hour drive to Limoges, our original departure. Since there were only a handful of seats left on the flight we had to book it, without knowing whether Bob would be able/willing to drive us to the airport the very next day.

We spent the rest of the evening packing, then waiting up for Bob to get home around midnight. We had sent him an email, but since he had been on the road all day driving back from England, he hadn't seen it. He was very gracious and understanding and agreed to drive us the next day even though it was further away and meant he couldn't have a day to rest/recover/spend time with the cats he had been missing for two months. There might have been a few choice words said about the "bloody French!" and all their strikes/protests.

The next morning we all woke up bright and early, had a nice breakfast together, and then hit the road. (Bob had been planning on taking us out for Chinese food as a thank you, we were really bummed to miss that experience and time with him!) The car ride went very quickly as we chatted about Bob's recent travels and our future plans, and before we knew it we had arrived at the airport in Poitiers.

We were surprised to discover it was a tiny airport with only one check-in counter and one gate. We were crazy early for our flight so we couldn't even check in yet, but once we did it was so easy. We love small airports! Going through security was so much less stressful without a hundred people cramming behind us in line. Even though I set off the alarm somehow and had to get searched, tested for gunpowder and my bag pulled apart, it wasn't too bad.

Our flight was delayed a bit, and the flight attendants did admit that was in part due to the impending strike the next day. We counted ourselves lucky that we got out of France in time! When we landed in London we had an easy time getting through passport control (especially compared to last time), actually got both of our bags (unlike last time) and then took a shuttle to the hotel we had reservations at for the next night. We were both exhausted and collapsed in the lobby for a minute. 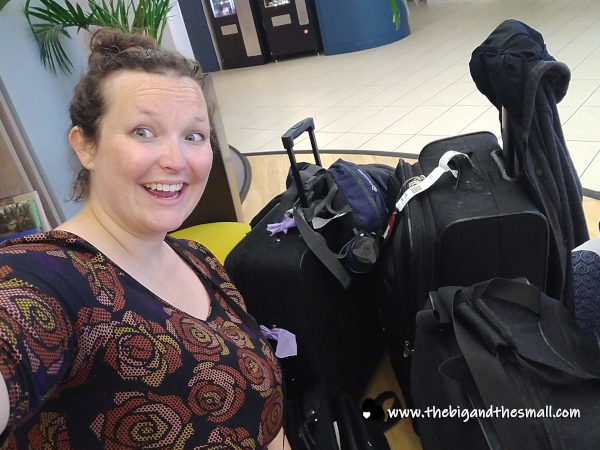 Joel had the unenviable task of getting us a reservation for that night. We were hoping the hotel would choose to honor the priceline deal we had for the next night, but no such luck. So we went through priceline again (crossing fingers and toes it would be the same hotel so we wouldn't have to venture out in the rain) and while we did get the same hotel, we did not get the same deal. In fact, the price was almost double! So this little glitch in our travel plans is turning out to be very expensive. 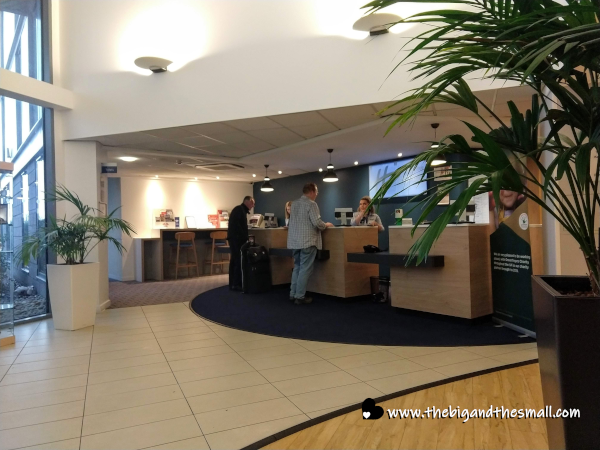 As soon as we got to our room I made us both a cup of tea so we could relax after a full day of travel. I didn't drink tea when we were in the UK for almost six months, but I got hooked in France and now I can't go a day without it! There aren't many problems a good cup of tea can't help you fix. 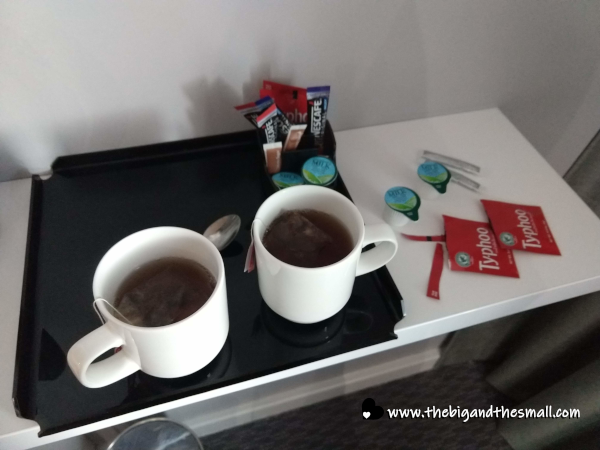 Our hotel is right by the airport which means it is not really near anything else except a gas station with a small grocery section and a McDonald's. Due to the extra expenses, we don't really have the means to go actually explore London even though we are so close (yet so far!) but we did have to get one thing we missed the entire time we were in France - Cheddar cheese! Thankfully the small grocery section at the gas station had a selection - thank you, England! Of course, we have no civilized way of eating this cheese in our hotel room, so I may or may not have reduced myself to eating it straight from the block like some kind of mouse. Whatever, it's still delicious. 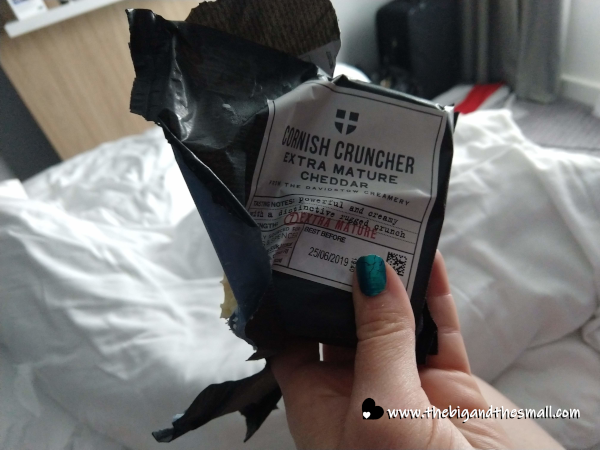 Today (Thursday the 9th) has been a day of chilling in the hotel room, taking full advantage of the free breakfast, napping, and working ahead on some blog posts. We are resting up for tomorrow (the 10th) which will be an extremely full day of travel. We have to take a shuttle back to Stansted airport, then a 3-hour bus ride through London to Gatwick airport, then an 8-hour flight to Chicago, then a 3-hour drive to Joel's dad's house where we will finally crash land. Wish us luck!

Eat that cheese anyway you can!

You know I did!

It was sooooo good!