A Stroll Through a French Cemetery

A couple of weeks ago, when we had a spell of nice weather, Joel and I went on a walk from our rural housesit to the small town about a mile away. We didn't have a particular destination in mind, but when we went by the cemetery we were intrigued enough to check it out. We used to do this at home, too, and we are always sure to treat the place with respect. I was intrigued to see just how different a French cemetery is from one back home. 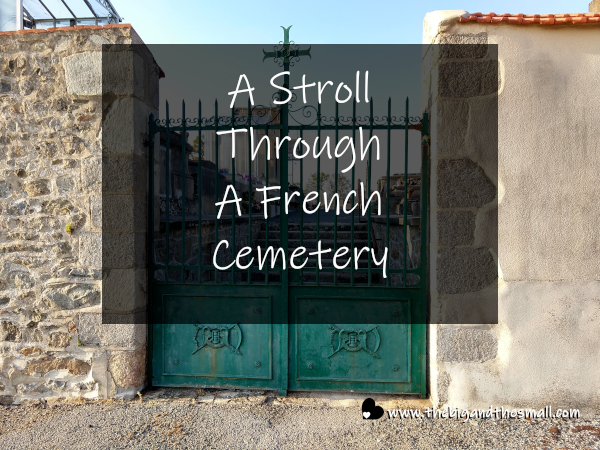 After entering through the large metal gate, we had to walk up a short flight of stairs to get to the main area. 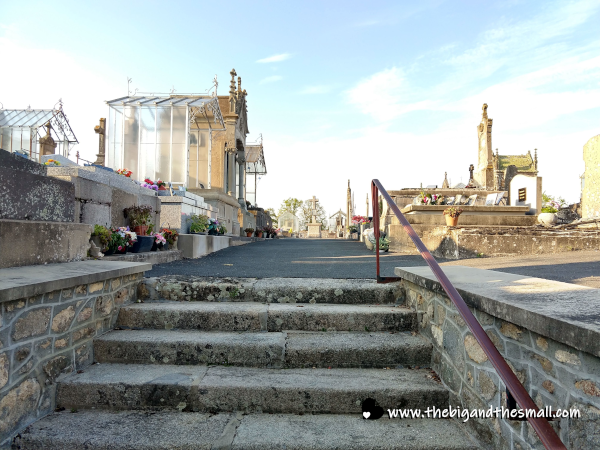 One of the first things I noticed was that there was almost no greenery anywhere. In every cemetery I've been to in the US, other than the headstones or monuments, it is all grass. This means that cemeteries require a large amount of upkeep, and it can be quite sad to come across one that has fallen to neglect and is overgrown everywhere. In contrast, this cemetery was well-kept and easier to keep that way because it was all concrete and stone. 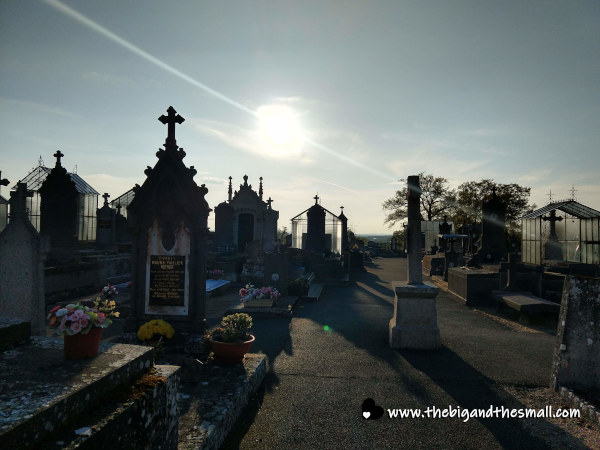 Another thing that was quite different, is that every headstone was very well decorated. Not just with flowers - but with plaques that named the relationship of the deceased to the one leaving the memorial, or mentioned something significant about their life. There were flowers everywhere - and as far as I know, it wasn't that a special memorial holiday or anything had happened recently. I was also surprised by how many of the flowers were real vs. fake. I would guess about 90% of the ones we came across were real, whereas in US cemeteries I am much more likely to come across fake ones. (I think I understand now how almost every small town we've been to seemed to have multiple flower shops.) 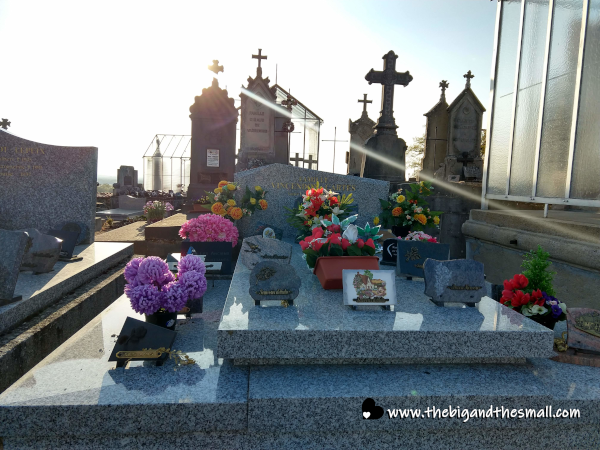 Some of the buildings in this space were quite grand - like this one that almost looks like it could be the entrance to a church. I have seen similar things to this in the States. 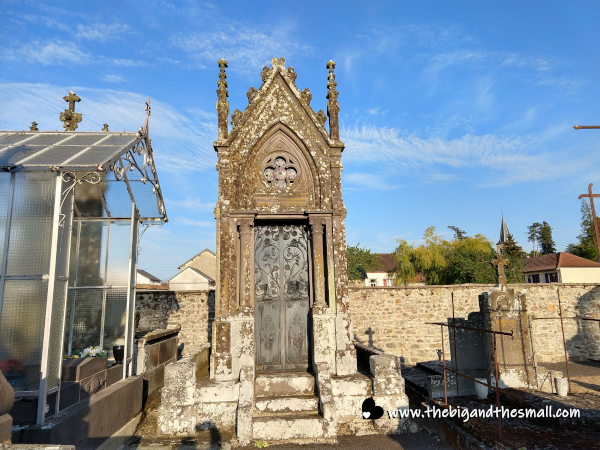 This next structure, however, I have never seen in a cemetery before, and we saw them all around this area as we drove around. It's almost like a greenhouse or conservatory, shielding the gravestone form the elements. They really made for a quite beautiful effect. 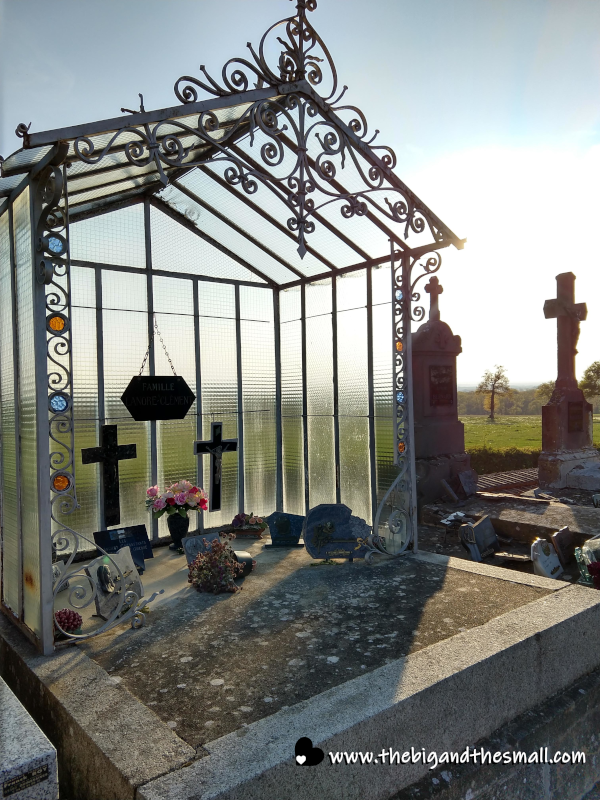 Another thing we noticed is that since there was no ground to be buried in, it seemed all of the burials were more like small columbariums. If you look closely at this next picture, you can see where the seal is broken and the door is pulled out in order to put in the remains. 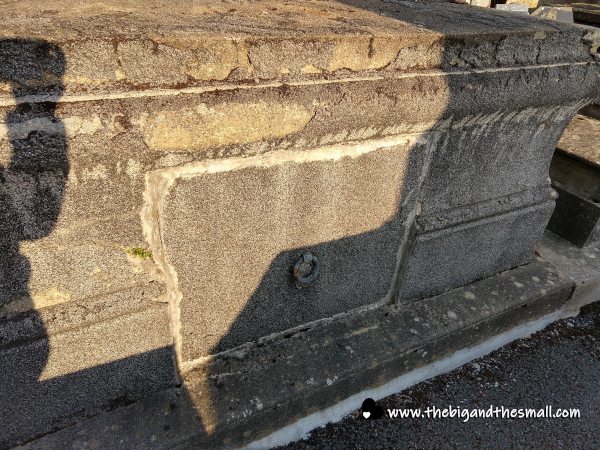 The evening was beautiful, and the sun shone down on the whole place, making it almost glow in that golden light of evening. I said a short prayer for everyone in the place, and their families, before leaving. We are grateful for this opportunity to see a bit of history and feel the love that people still have for the loved ones who have gone before.