Last week our first attempt to visit this Abbey was thwarted since we chose to arrive on the one day a week the place is closed. So this week we made sure to double check the schedule before making our way over again! The wait and the drive were well worth it to see this beautiful historical building. 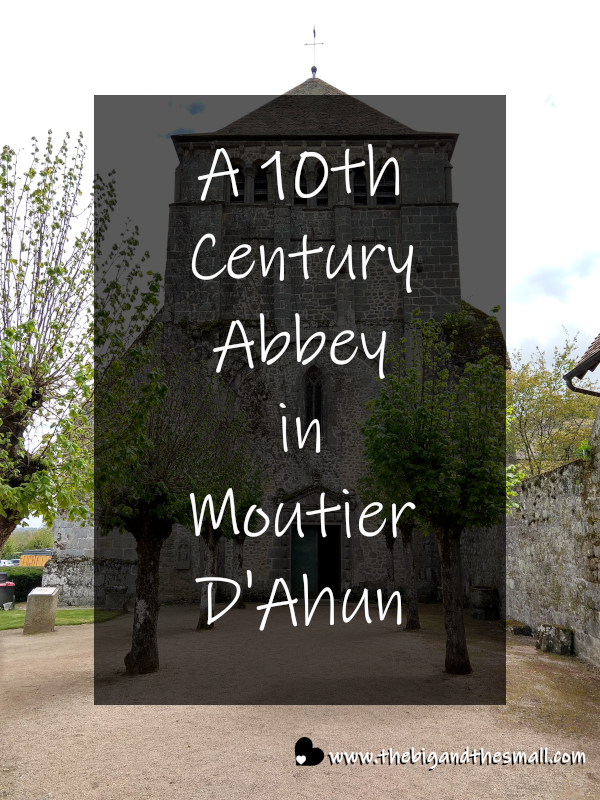 This monastery, located in the small town of Moutier D'Ahun (near Ahun, an old Roman town) was first founded and built by the count of La Marche in 997. No, I didn't miss a number, this place is seriously over 1,000 years old! My mind is always blown when I get to visit places like this, it is so hard to comprehend how long this building has been around. I imagine what people's lives were like back then, did they ever imagine it would last this long, what would they think of our lives now? So fascinating. 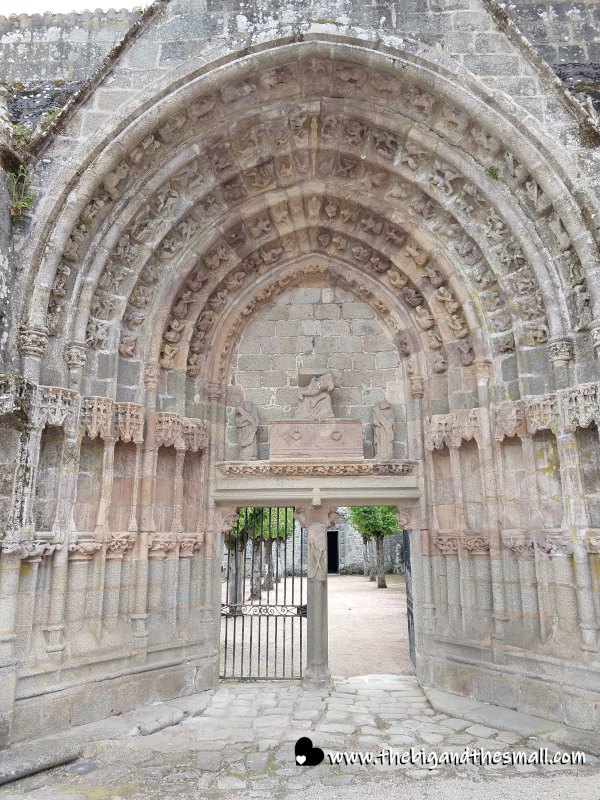 There has been some troubled history, however. The Abbey was rebuilt in the 12th century, then left to decay. It was restored and extended during the 15th century, then large parts of it were destroyed during the Religions Wars in 1591. In 1610, a few monks claimed possession of the abbey and proceeded with reconstruction. Then, the French Revolution occurred, and the abbey was designated a national property. This didn't help it escape all destruction though, these statues at the front gate are headless because of this time. 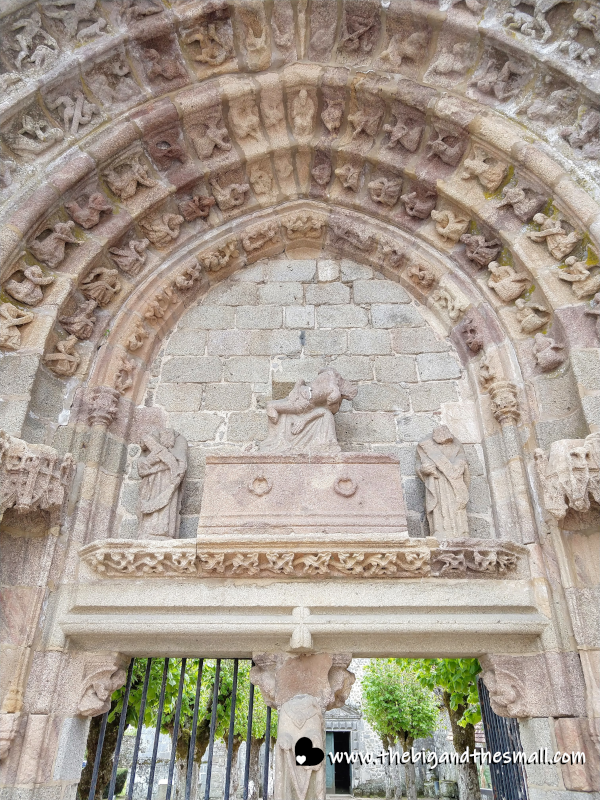 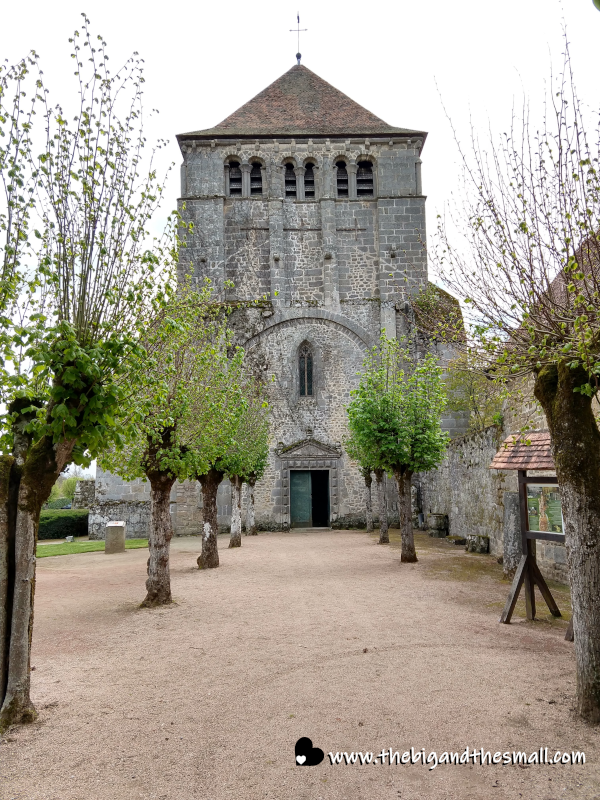 The part of the church that remains mostly dates back to 1160. As soon as I walked in the doors I was struck by the beauty and the history of the place. The bit that remains is small but mighty and full of beautiful things to look at. In this first room, there is a tapestry on the wall that was created in nearby Aubusson. It was commissioned in 1997 to celebrate the millennium of Moutier D'Ahun. It features a map of the whole town - the building on the bottom right in red is the abbey. 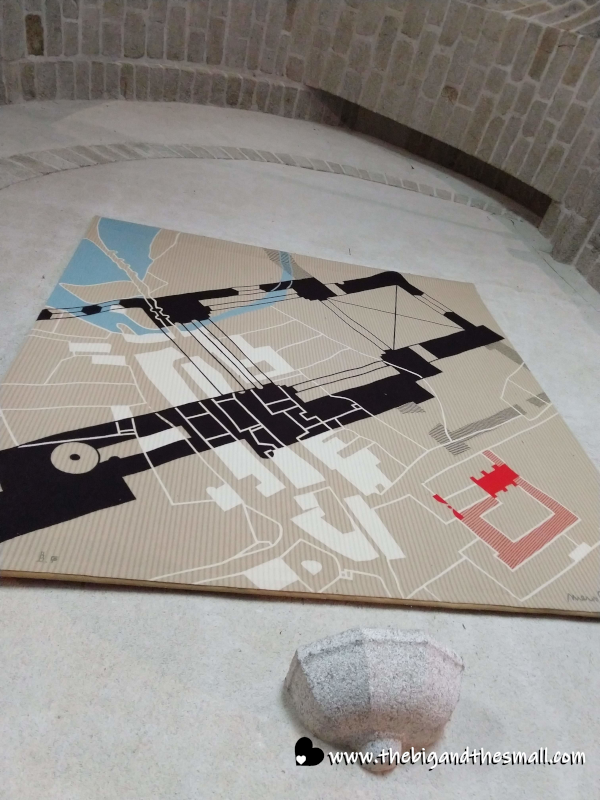 From there I walked through these beautiful carved wooden doors to enter the section of the church that would have been where the choir sits. The wood carvings date back to the 1600s and the detail is just incredible. Pictures don't really do it justice. 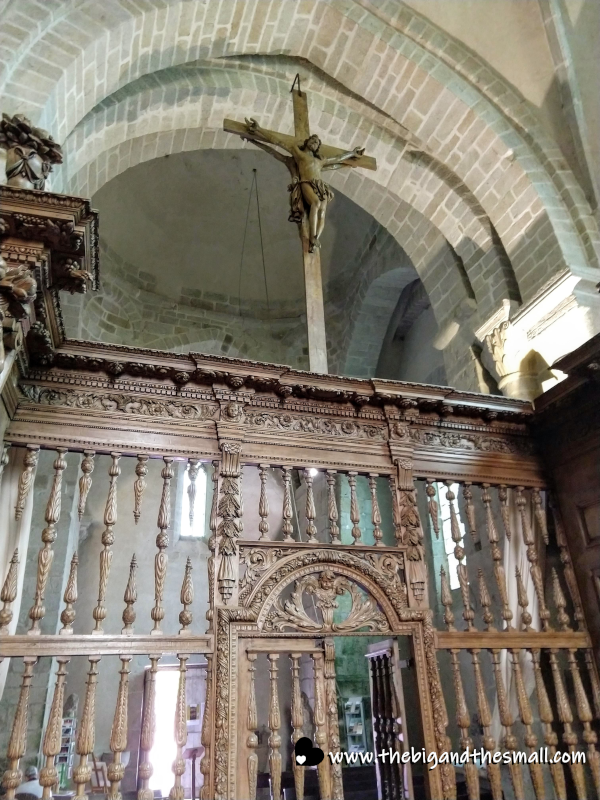 I mean, look at the detail in all of these! This is a side wall, and the door in the middle leads to a little side chapel. This wall wouldn't be visible to most visitors who came to the church for a service, and yet so much attention to detail was put into it. Amazing. 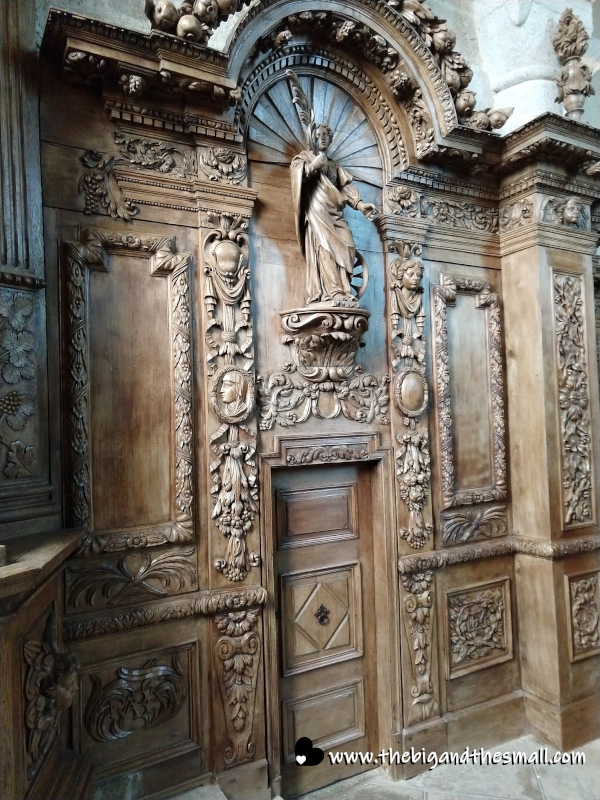 At the back of the church was the altar, situated in front of a gorgeous stained glass window. Again the wood carvings were incredible. Notice the sides and how those pillars spiral upwards with intricate designs. And notice the carved wooden angels on top! The tour guide information said that there was no particular meaning to the wood adornments - "they flowered from the imagination of artists liberated from austere classical style." 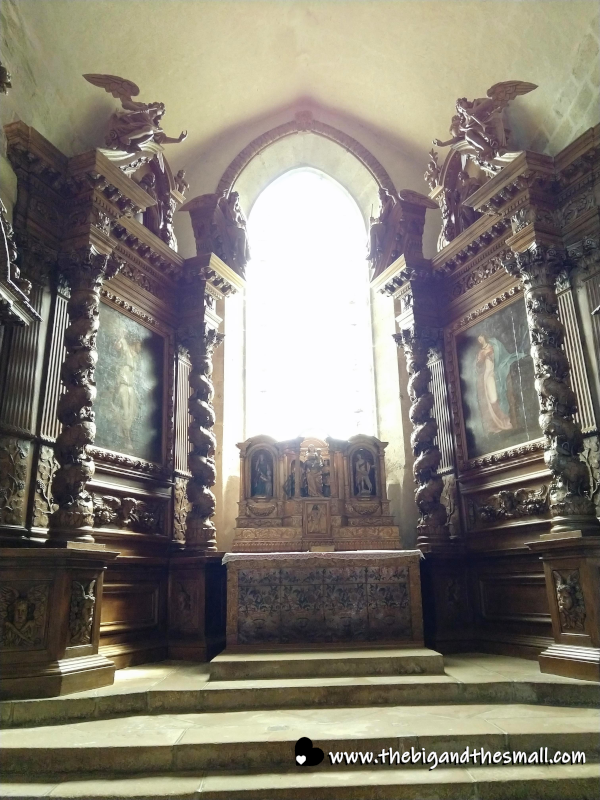 Here is a close up of the altar table itself. 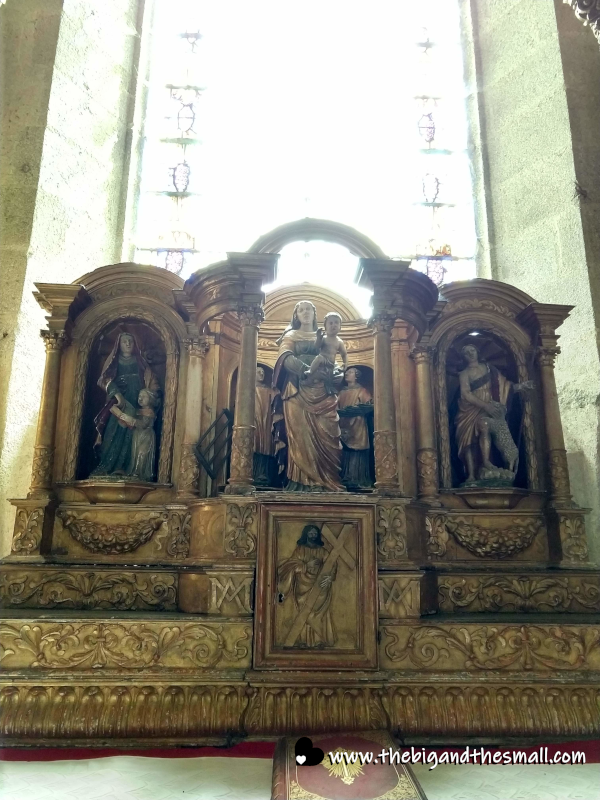 Even the lectern was an incredible work of art - look at those lions! It was super tall so I'm not really sure how someone would have read scripture from it - perhaps a step stool would be used. 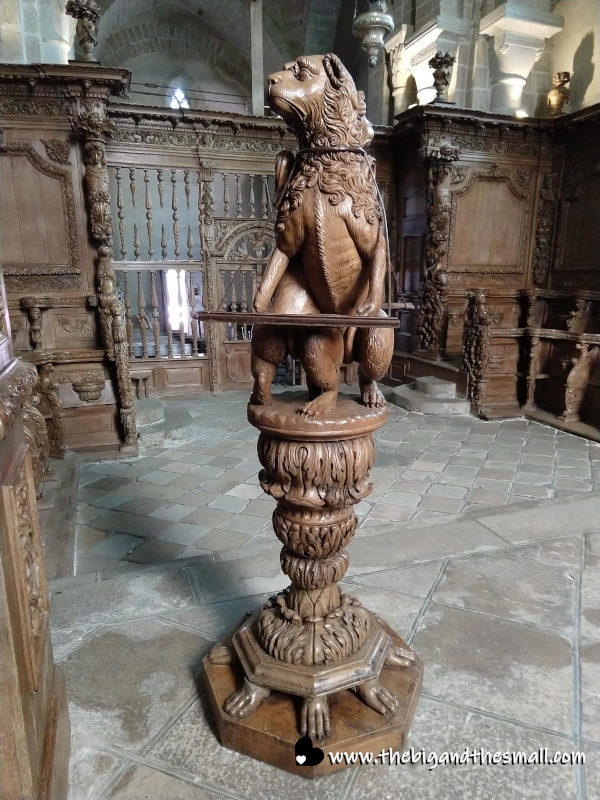 Exploring this ancient building and learning about its history was a pleasant way to spend an afternoon. I was only disappointed by one small thing. There is another piece of the original building that survives - the living quarters of the monks has been restored - but it was turned into a private residence. So behind this blue gate is a building that is still attached to the church but it is not open to the public. I so wish I could have seen inside! 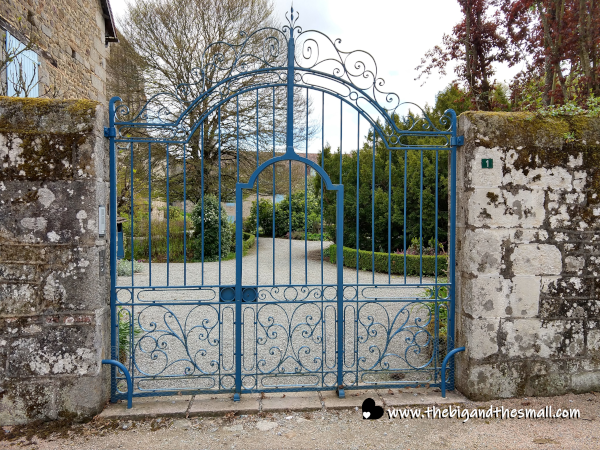 On our way home from the abbey, we stopped in a small town that had a cute second-hand shop, where I managed to knock over a cactus plant while picking out two scarves to take home with me. I love picking up clothes and accessories as souvenirs from places - it fits my lifestyle more than little knick-knacks, and if anyone ever says "I like your scarf" I get to say, "Thanks, I got it in France!"