A Day in the Life: France

While many of our other housesits, even longer ones, have seemed to go very quickly, France has been sort of dragging by. As much as our rural location is beautiful it is also rather boring. Anything even remotely exciting is at least a half an hour away, and while we have a car we can use, we try not to use it too much because gas is expensive! That coupled with a sketchy internet which limits our entertainment possibilities at home, has us itching to move on to the next destination. Until then, let's take a look at what a normal day has looked like for us here in Lussat, France! 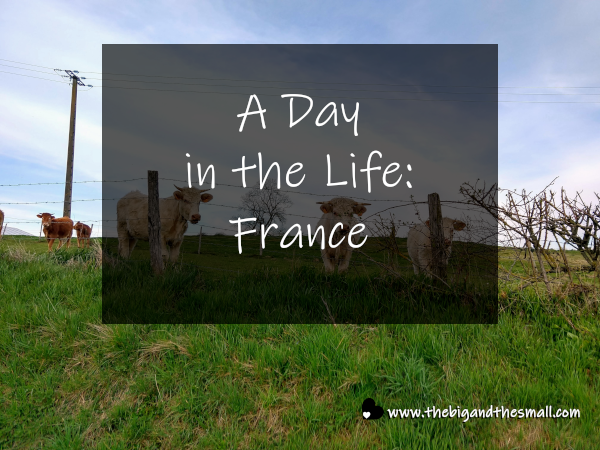 8AM Wake up, hang out in our bedroom

The house we are staying in is a true farmhouse, and as such, it is only heated through a wood burning fireplace. We do have a small electric heater in our bedroom and thank goodness because we turn it on every night and even with that it's still a bit chilly sometimes. By morning, after the heater has run all night, the room is usually cozy, so most mornings we stay in our room quite a bit longer than we normally would. Since we just slept through most people's evenings back home, there's usually a lot of social media to catch up on, and I will often get some reading done on my Kindle as well. When it gets closer to time to eat, we venture out to the freezing cold bathroom for showers, then finally head downstairs.

The internet here is rough, coming and going as it pleases, and often slowing down in the most irritating way. Mornings are usually best, however, so we try to get some Netflix watching in while we can. I make an easy breakfast of scrambled eggs with zucchini and mushrooms, with a banana for me and orange for Joel. While I cook, Joel gets a fire going in the fireplace. While we eat we watch a show - lately we've been bingeing Schittt's Creek which is so clever and hilarious! 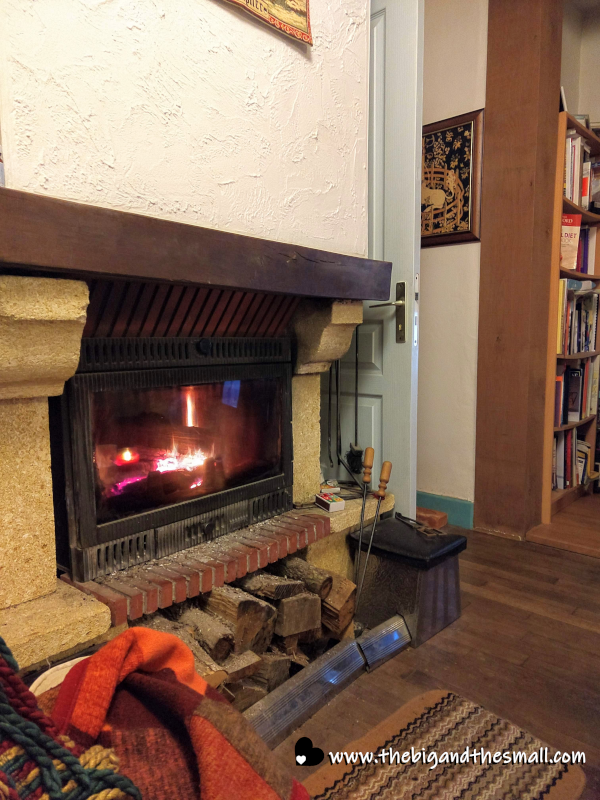 Once noon hits the internet really slows down as everyone gets home for lunch and, apparently, uses the internet. Fun fact - almost everything in our area of France shuts down between noon and 2PM every day! I am not kidding - even the grocery store closes! We found that out the hard way when we tried to pick up snacks on the way to a friends house for a movie afternoon. The few times we have visited other towns/cities in the area that chunk of time between noon and 2 has been pretty boring - the only places open are cafes because everyone else who is off work has to go somewhere to eat lunch.

The pets we are caring for here are by far the easiest ones we have had on our adventure. There are four outdoor cats who are able to come and go as they please. All we have to do is make sure they have dry food and water all the time, then put out the wet food packets when they come in and ask for it. However, there is one very unpleasant aspect of these particular cats (as adorable as they are) - they are definitely wild and like to catch other wild animals! We have been treated to mutilated mice, dead birds, and lizards that are usually still alive so the cats can release them and then chase them around the room. Joel has spent a lot of time taking carcasses and half-eaten lizards outside while I spend time attempting to avert my eyes from the carnage. So ya know, no litter boxes to empty...but dead critters... I'm not sure which is worse. I guess you'd have to ask Joel since he has to do all the gross bits. (Thank hun!)

We have cut our intermittent fasting hours from 11-7 to 11-5, so we eat dinner really early. Grocery shopping in France hasn't quite been to our liking so food has been kept really simple with usually a meat, some roasted veggies, and a simple dessert. We also started drinking tea while here (we both fell in love with Earl Gray which Steve tells us is a "posh tea") so we usually have 2-3 cups of that a day. 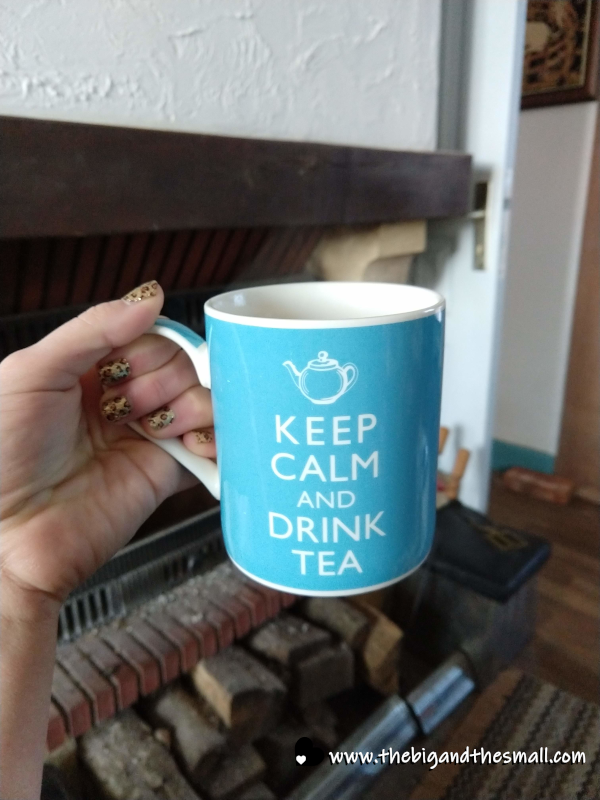 For the most part, we have been 7 hours ahead here in France, except for a few weeks when the US did "spring ahead" before France did, so then we were only 6 hours apart. Sometimes (like today!) the blog post is published late, I like to blame it on the internet, which is sometimes true, but sometimes it's because I'm a master procrastinator.

Our evening routine has varied quite a bit depending on the weather. We have had some nice days - and when it's not too cold and windy we try to get out on our bikes or go on a long walk. We've also been doing some YouTube workout videos on the days we don't want to leave the house. If the internet works we'll watch Netflix, but often it won't so we figured out how to work the satellite TV that brings in some of our favorite British shows from our time in the UK. 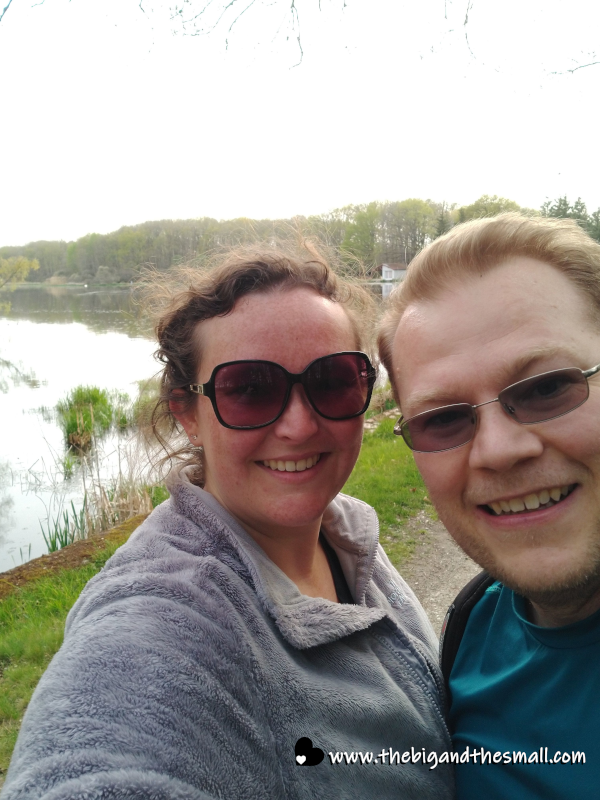 The first couple weeks here the cats pretty much ignored us unless they were hungry, but more and more lately they will actually come in and cuddle with us! They all have their claws so we have to make sure we are covered up with a blanket to avoid being scratched to death, but luckily we almost always have blankets on to keep the chill away anyway. I have spent many a lovely evening reading a good book by the fire while petting a cuddly kitty on my lap! When I put it that way, France doesn't sound so bad after all. 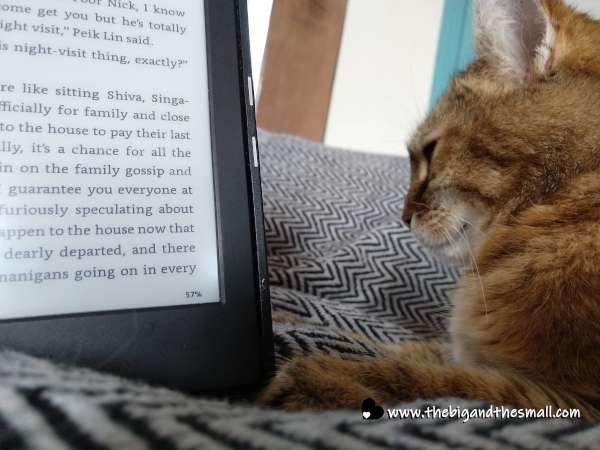 We have had some fun days out of the house while here and made friends with two lovely local ladies who did plenty to keep us entertained (Thanks Suzanne and Val!) We are definitely glad we came here, we've made friends, enjoyed the area, and got a taste of life in rural France, but we are also ready for the next leg of the journey in just over a week!