Sometimes when you travel the best-laid plans can go awry. (See that time we spent the night in a Berlin train station...) This week we set out to explore a 9th century Abbey in the town of Moutier D'Ahun. When we arrived hungry for lunch, the one cafe in town was closed, so we went to the neighboring town of Ahun and ending up trying both a bakery and a creperie. Then the Abbey was closed, so we couldn't even do what we originally set out to do! We just rolled with the punches and instead explored the two towns, making plans to come back again another day for the Abbey. 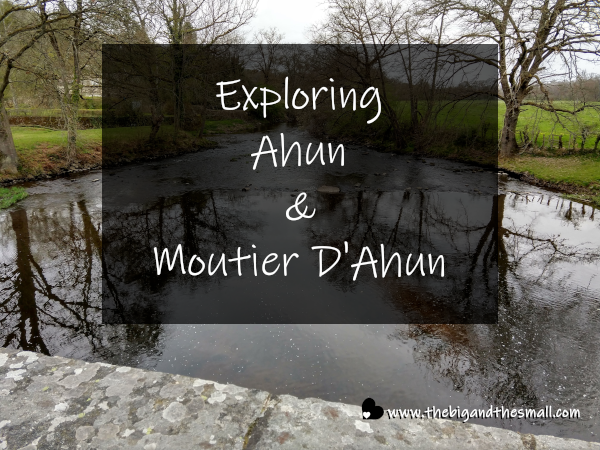 Our friend Suzanne met us in Ahun, and we just happened to meet up by the church in town. I'm always up for exploring an old church so we went inside to see what it was like. Just inside the door was this beautiful shrine dedicated to Mary the mother of Jesus, and to St. Bernadette. Joel commented that the flowers must be decorations from Easter, but Suzanne said it was like that every time she has seen it. 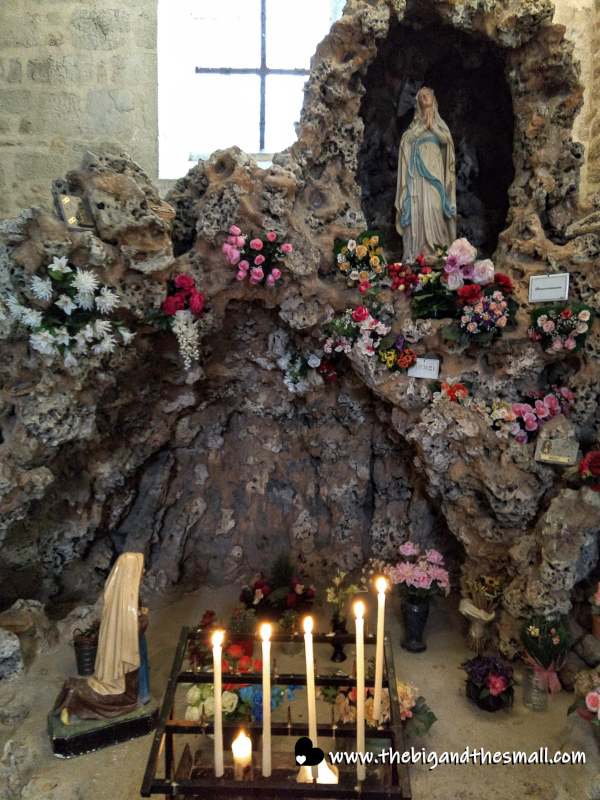 I found myself once again in awe of the towering pulpit in this church. Someday I seriously want to preach from one of these amazing pulpits. The stained glass window was also gorgeous but it was hard to capture in a photograph. 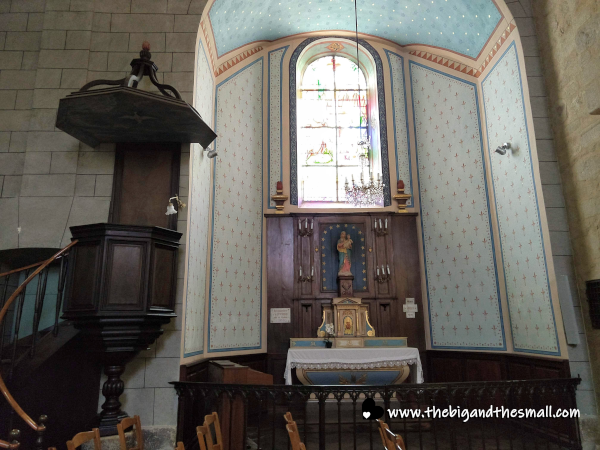 The front of the church was absolutely stunning, with more beautiful stained glass windows and some of the most intricately carved wood I have ever seen. 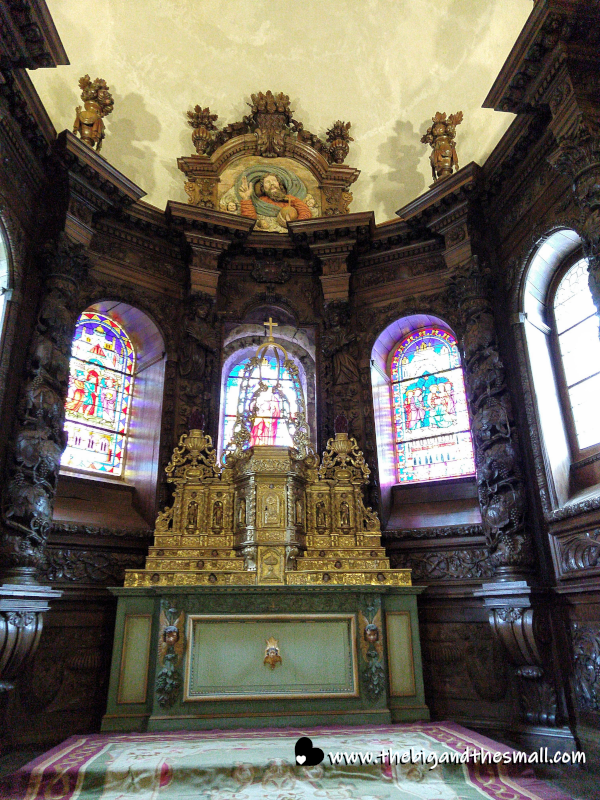 I tried to catch the details of the carving in the wood, which I could have spent hours staring at. There was also a gorgeous altar table made of the same style of carved wood. 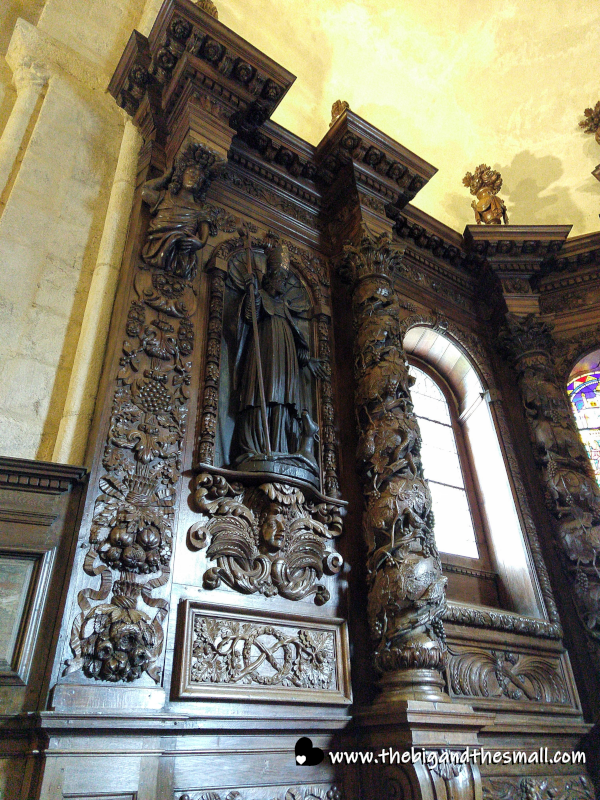 This next picture was taken at the front of the church, looking to the front doors. You can see it is a quite large and beautiful church, especially for a town with less than 1,500 people! 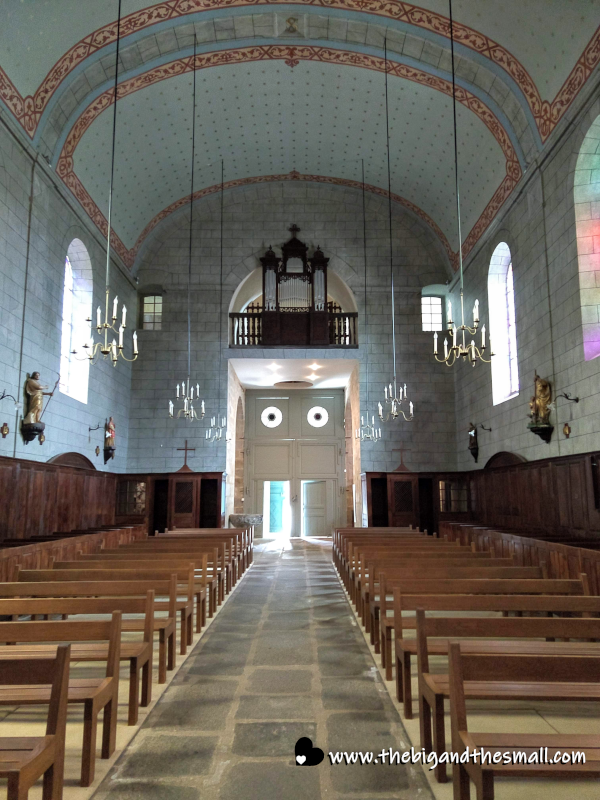 Perhaps the most interesting part of the church is what we stumbled on once we went back outside. There was a side door open that looked like it led into a basement. I would never have entered on my own, but Suzanne assured us that it was open to the public. It was an underground crypt! There was no plaque or anything giving visitors any information about the place, but it was clearly very old and full of history. 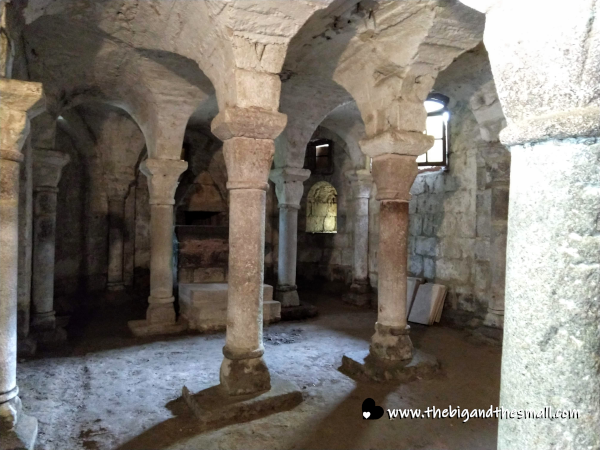 When we left Ahun we wanted to go to the Abbey, so when we found it was closed (on the one day of the week we happened to be there) we wandered around the tiny town instead. This bridge at the edge of the town dates back to the Romans, though again, there was no plaque or anything giving specific information. 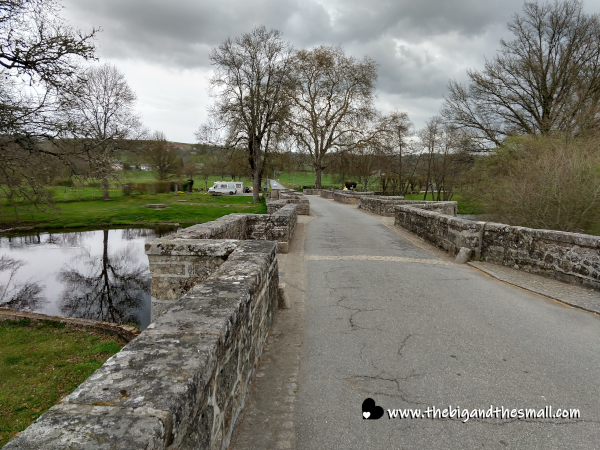 We walked across the bridge, which was surprisingly busy for such a small town. Luckily we could pop into those little alcoves every time a car came by. On the other side, we could look back to the town and it made for a very picturesque view. 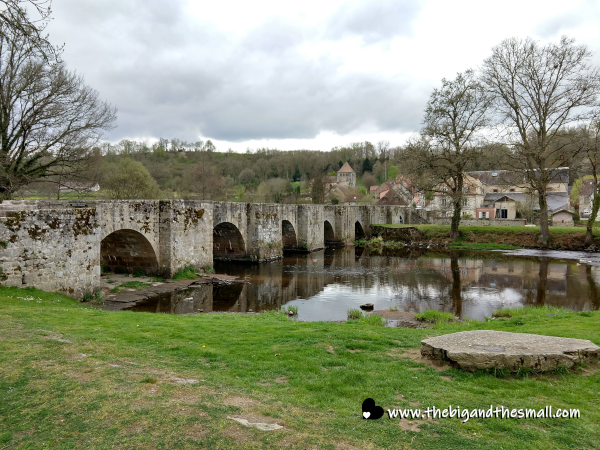 There was a small park with a bench where we sat and chatted for a long while. The weather was just pleasant enough to enjoy the time outside with the fresh air and the relaxing sound of water as the river rolled by. There was also an interesting statue without explanation, that we could quite figure out. We guessed it might be of Mary, but have no idea why it has the hole in the middle of it. The statue faces towards the water and the town. If you have any guesses as to what that hole might I'd love to hear it! 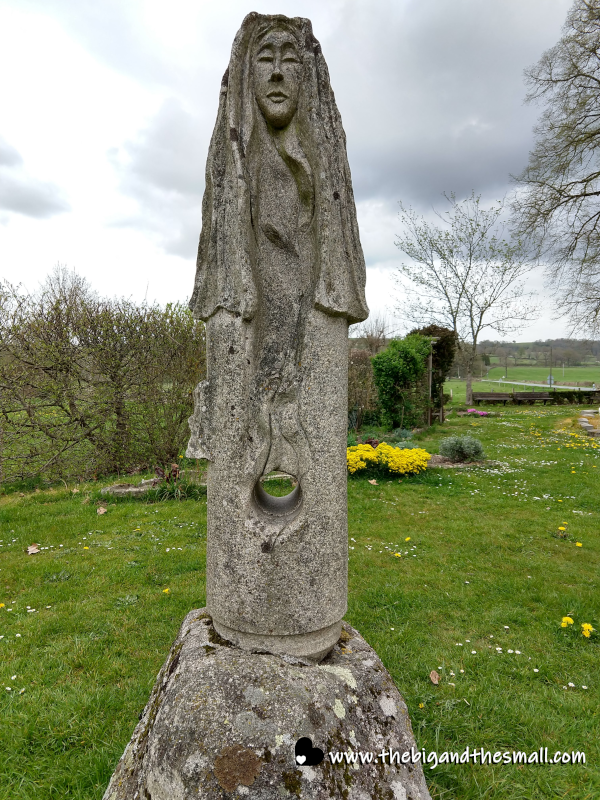 Though the day didn't quite go as planned, it was lovely nonetheless. That is one thing that traveling for so long has taught me - sometimes you have to let go of plans and just go with the flow! We made plans to return again on a day when the Abbey is open, so hopefully, I will be able to share about that soon.