Oftentimes, when it comes to food, we miss the comforts of home. I wrote all about what we miss the most here, and one of those things for me was boxed mac and cheese. I may not get to have my Velveeta shells and cheese goodness, but I can whip up a batch of homemade mac and cheese pretty easily. Or, since we are in France, Coq (short for the pasta coquillettes) et Fromage! 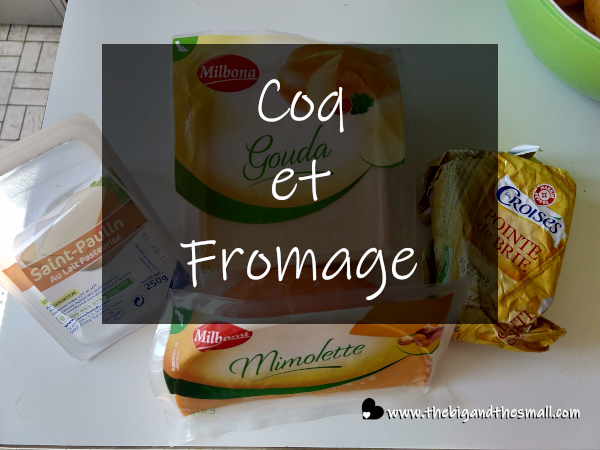 We have actually missed cheese a lot since missing the UK - while there we got hooked on the abundant and inexpensive types of cheddar (my absolute favorite kind of cheese) and even got to visit the birthplace of cheddar cheese! I thought I would be excited about French cheese (after all, they are famous for it, non?) but it turns out I don't love it as much as I thought I would. We ended up with four types of cheese in our fridge (two we purchased, and two Val gifted us after dinner at her place) and we didn't really love any of them enough to eat them on their own. (Normally we'd do a cheese plate as I did here.) 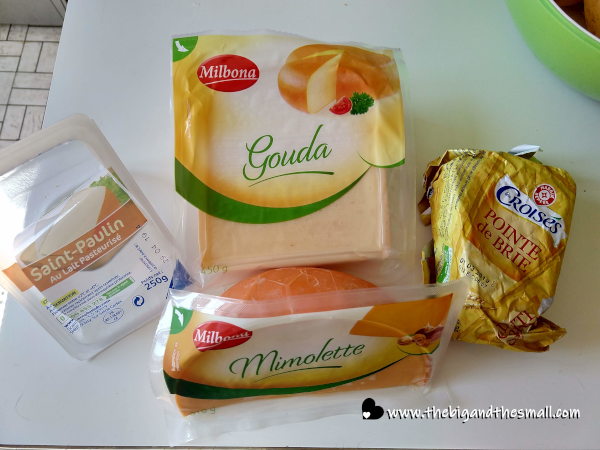 So, mac and cheese to the rescue! I was planning to just make a four cheese mac and cheese and mix them all together. Joel decided we should be a little more scientific about it and make four separate cheese sauces - one for each type of cheese - so we could try each on its own before mixing them together and seeing which combinations were best. This sounded like a lot of extra work to me... but there isn't much else to do in the country so we went for it! I did declare that I wasn't going to do this on my own, Joel had to help, so he got put in charge of shredding cheese. 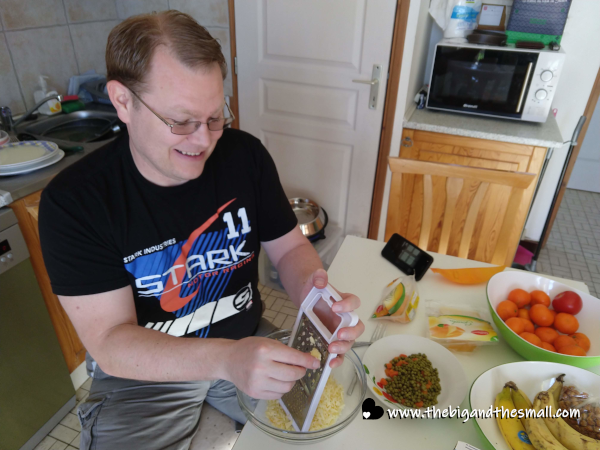 If you have never made homemade mac and cheese it is actually pretty darn easy, and doesn't require a lot of ingredients. You need pasta (I've used everything from rotini to penne if I don't have actual macaroni), butter, flour, milk, and duh, cheese. You'll also want some basic seasonings like salt and pepper, and you can get fancier with dry mustard, onion powder, garlic powder, etc. if you want. I learned to make homemade mac and cheese from the Pioneer Woman so I recommend her recipe if you are a very beginner. Once you know the basics you can play around with it all you want! 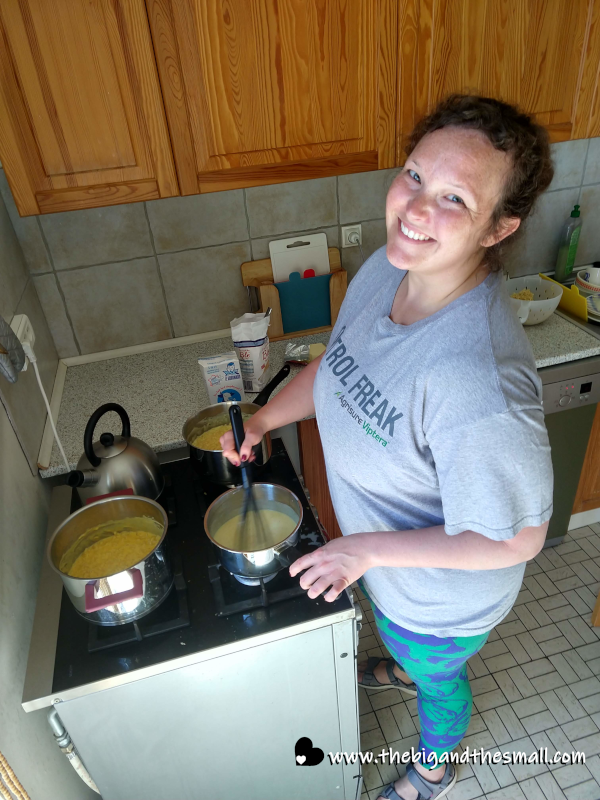 I did notice this time that making mac and cheese on a gas stove rather than an electric made it go so much faster! I so want to have a gas stove in my house when we settle down again someday. I think it ended up taking us a little over an hour to make the four different kinds of mac and cheese, and that was in part because I ended up having to cook more pasta when I realized I didn't have enough. 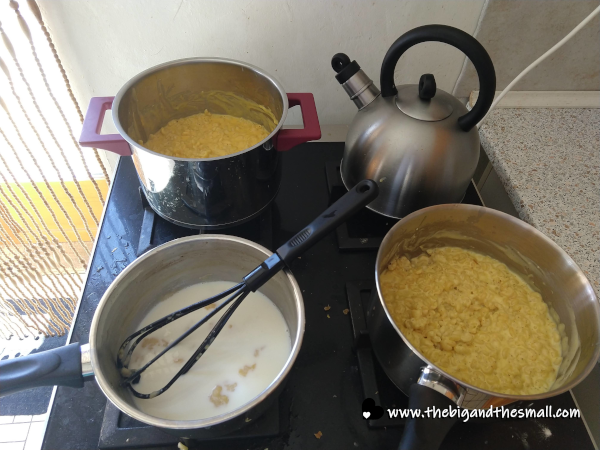 In the end, we had our four batches - from left to right we had mac and cheese with Brie, Mimolette, Saint-Paulin, and Gouda. Let's be real, I would eat any of these on their own, it's mac and cheese. But the Brie was our least favorite alone, the cheese is just so mild. My favorite one solo was the Mimolette, it had the most flavor and is probably the closest to cheddar. We tried different mixes, but in the end, the best result was what I had suggested from the beginning - mixing all four together! 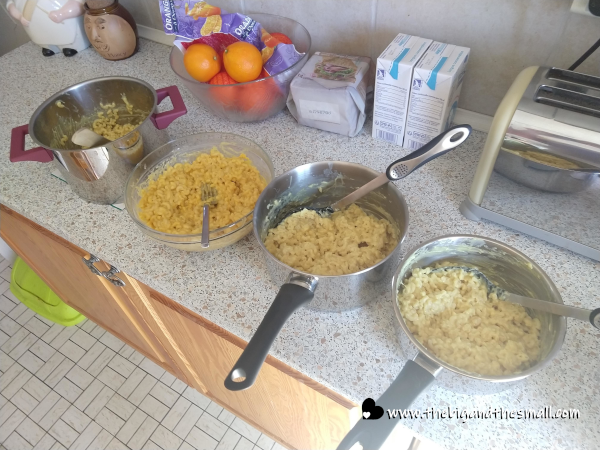 You can't really go wrong with mac and cheese and using any kind of cheese. But if I'm really honest, I still miss cheddar. I think using a base of cheddar and adding any of these four types of cheese as an accent would be brilliant. Unfortunately, we won't get to try that here since cheddar cheese cost almost €17 a kilogram (compared to only €4 a kilo in the UK!)

So how do you feel about mac and cheese? If you read this whole post you must like it at least a little bit. What's your favorite kind? What are your favorite toppings or mix-ins? Let's dish about my favorite dish!

We have never tried the experiment the way that you did, but we have tried a few rounds of different go-to cheeses as a variety of mac and cheese. I'm a big fan of food experiments like this - with lots of cheese. Brie is great in it's lane, but is not super versitile. I love it baked into some sort of pastry crust with jam. The change in texture and buttery pastry goodness is just what it needs.

You're much farther away from Atlas, and yet, you are the one to tell me it closed :(

Indeed, I love a Brie baked into a pastry! We've also used it a couple of times in place of cheese curds to make poutine, and it's pretty good for that. Overall though, a cheese I wouldn't miss if I couldn't have it again.

It's so sad about Atlas, right? I wanted to look at the menu for how they described the tomato topping, and instead discovered they are closed. Whomp, whomp.