So far on our housesitting adventure, we have lived without access to a car more often than we have had access to one. In Cyprus it was a little rough because of the heat, but we got by with the grocery store about a mile away and with the good public transit system. In Germany, the small town we were in had so much to explore within walking distance and the grocery store was less than 5 minutes away so I don't think we would have used one even if we had one. In Wales, it was a little tough, we could walk to a tiny grocery store, but had to get rides from friends to the bigger (aka cheaper) ones. In England, we had our first car! Ironically it was also the best location for not needing a car - we could walk to both the giant grocery stores and the High street, but the car let us get out and about more in the area. 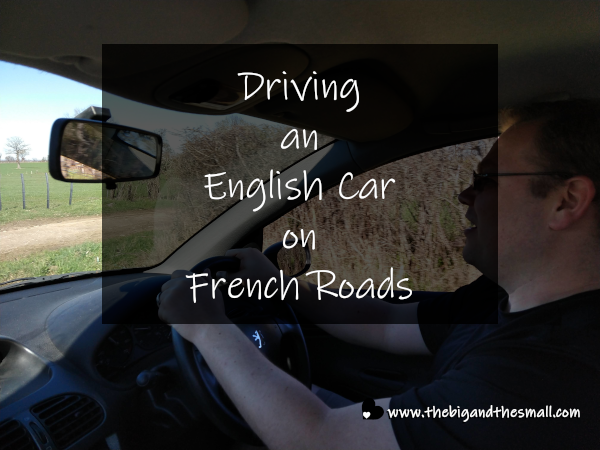 Here in France, we would not have been able to accept this housesit without access to a car. We are living in the country - it's about a mile to the nearest town that has only a church and a cafe, and it's about 6 miles to the nearest grocery store. We could ride the bikes there if we absolutely had to, but especially with the weather we've had lately (40's and windy) I'm glad we have a car!

Thankfully, the homeowner Bob recognized that anyone coming to housesit here would need a car, so he has made sure that we can use his. He was able to change his car insurance so that we could use it and be covered, though that did look touch and go for a minute. He spent about a couple hours on the phone with the insurance company - apparently it's a little tricky for an English insurance company to insure an American driver on an English car in France. Got that?

Things didn't start out well with the car - it broke right before we arrived so it was in the shop for the first few days. Luckily Bob has some friends in the area, one of whom helped him pick us up from the airport, and took us to the shop (about 30 minutes away) when the car was ready. And really, if the car was going to break down I'm glad it happened before we arrived rather than when we were driving it! 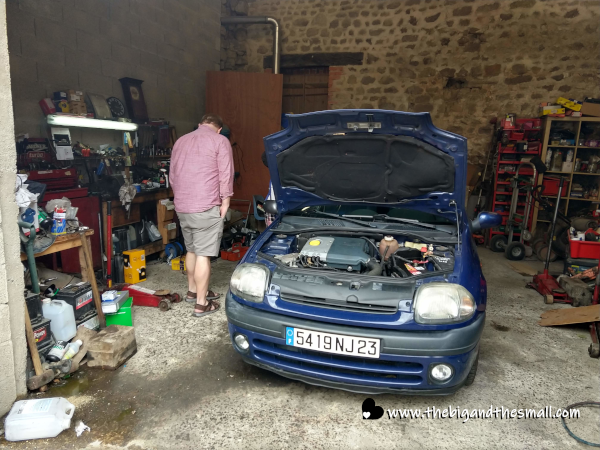 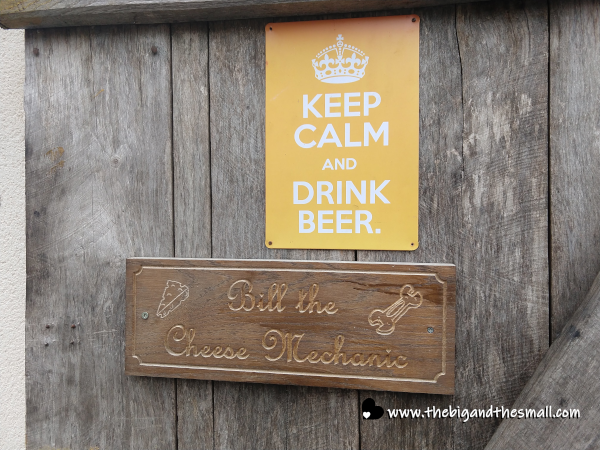 As for riding in an English car on French roads, y'all, it is unnerving! Driving in England was no picnic - constantly having to remember which side of the road to drive on is a real challenge. Plus Joel had to remember how to drive a stick - one where he now has to shift with his left hand instead of his right!

Now we get to drive on the right side of the road, but the driver is on the wrong side. As the passenger, let me tell you, it is so, freaking weird. I'm sitting where the driver should be, but I'm not driving. I have no control over what the car is doing even though I'm sitting in the position that should be in control, it's hard to describe how strange that is. Honestly, it reminds me of some bad dreams I've had in my life! I trust Joel with my life, and this experience really puts it to the test. 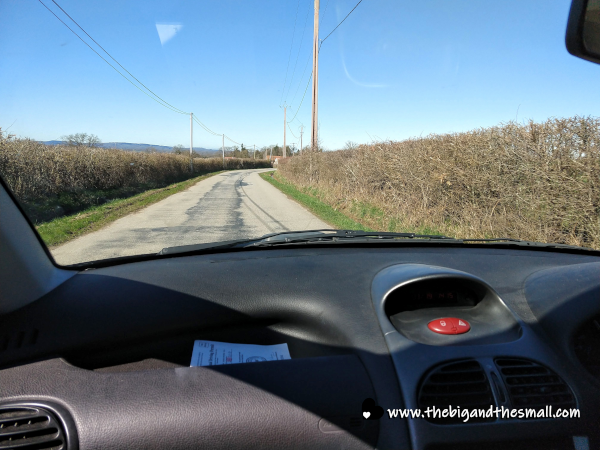 Joel said that when it comes to actually driving, it's not actually that bad. Often the side of the road here isn't marked with lines, but since he is on that side of the car now it's easy enough to see without the lines. One of the bigger challenges for both of us is that the speed limit is not clearly marked around here! Apparently, you are supposed to just know - all of our British friends have told us that the general rule of thumb is 50km in town, and 80 km when not in town. So my job is to try and figure out the limit so I can let Joel know. We've been warned that they will ticket around here for even 1-2 km over so we tend to stay on the slow side. So far we have even been passed by a cop once!

We are trying to keep our driving to a minimum since it is a challenge, and of course we don't want to put too much wear and tear on Bob's car or have to spend a ton of money on gas. But we also want to get out and about and experience the area so we have to strike the right balance!

Have you ever driven in a foreign country? Have you ever ridden or driven the wrong kind of car for the roads you are on? Do you think you would try it or want to avoid it? Let's chat!