A Night at the Movies in France

I know I made a big deal yesterday about how we can't see Captain Marvel in English, but it doesn't mean we can't see any movies in English. In fact, there is a film club that meets once a month on the second Thursday of the month, specifically for English speaking ex-pats. As soon as Bob told us about it we knew we would be checking it out, regardless of the movie showing. 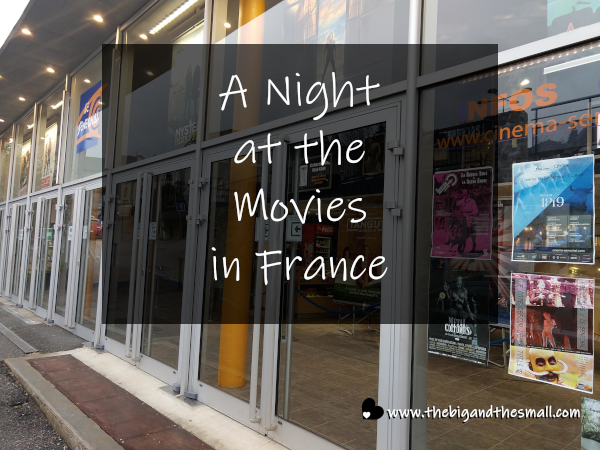 The theater is in a town about a 40 minutes drive from our housesit, and remember, we are driving an English car on French roads so it's a bit of a challenge! We made sure to leave plenty early so we could find the theater and get parking. We ended up arriving about an hour early so it gave us some time to wander around the immediate area of the theater. There were tons of clothing shops, shoe stores, and adorable bakeries with the most tantalizing sweets sitting in the windows. But what we ended up most intrigued by was a game shop! 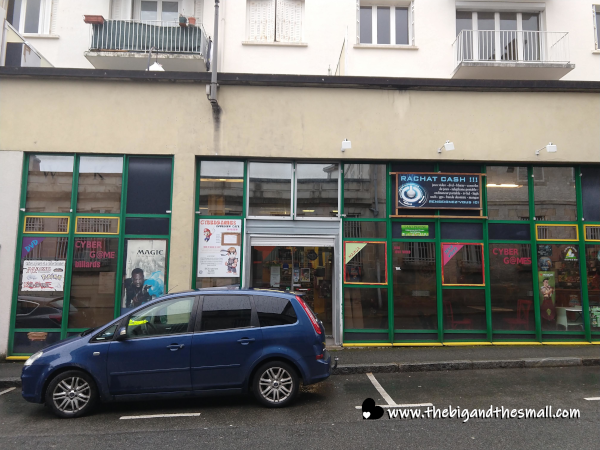 I spotted it first, recognizing the sign in the window for the game Magic the Gathering. If you don't know, Joel used to own a store selling exactly that game (among others) back in Iowa. So anytime we see game stores (like back in Glasgow, Scotland) we have to check it out! This one was really neat with a huge area to play games (and an adorable little French boy really enjoying a game of Magic!), movie rentals, computers to use, and, of course, games and cards to buy. No one in the store spoke English so we didn't really get to chat with anyone, but it was still neat to check it out.

Our wandering was cut short by the fact that I had worn sandals even though it was cold and rainy, so from the game shop, we went directly back to the theater. Since it was now about half an hour before the start of the movie we were able to get tickets and go get our seats. Tickets were only €4 each which is the best deal on movies we have found yet! And the movie showing? La Favourite aka The Favourite, starring Olivia Coleman, Rachel Weisz, and Emma Stone. 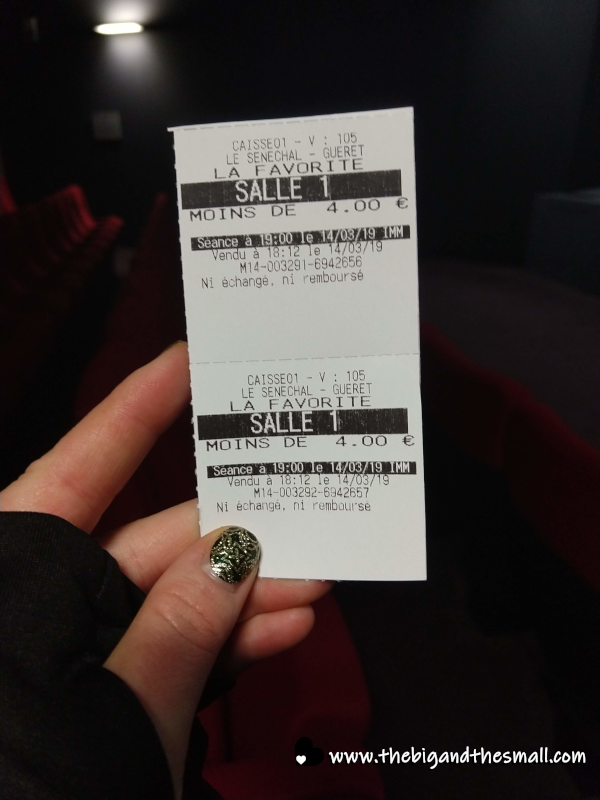 Y'all this movie was, um, interesting. It's a period piece that looks at the reign of Queen Anne in England in the early 18th century when England is at war with France. Apparently, the movie takes great liberties with the actual history it portrays. This is nowhere more evident than in a super weird dance scene where the characters go from fairly accurate dancing from the time period to some partnering that would appear strange even on today's dance floors, all the while every character maintains a very straight face. It was odd. We aren't officially reviewing this movie since it came out last year, but it wouldn't be high on my list of recommendations. The scenery, the costumes, and the acting were all fantastic, though!

As for the theater experience itself, it was pretty great! There were no drink holders on the seats and they weren't quite as comfortable as they appeared to be at first glance, but otherwise in the dark, while the movie was on I could be fooled into thinking I was in any theater back home. Although this movie was in English and specifically marketed for the expat community, it did have French subtitles. I enjoyed keeping an eye on them to work on my French and noticed a lot of times when the translation wasn't great which was kind of fun. (The most obvious/amusing? Characters screaming the "f-word" and the translation saying "merde" which is the "sh-word".) 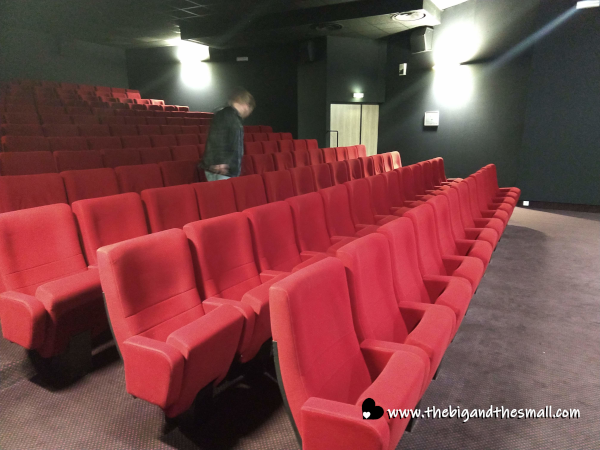 If they showed English movies more often you can bet we would be heading back here to see them! As it stands we have to wait until April to see the next one, sigh. A staff person at the theater did tell us that perhaps there would be an English version of Captain Marvel in Limoges (the much larger town we flew into) so we are going to check that out soon. Wish us luck!