On Tuesday of this week, we went to the nearby town of Mountluçon to do some exploring. We had planned on going on our own, but Bob's friend Val (of the amazing homemade dinner when we first arrived) stopped by to say hi to the cats (and us!) so we invited her to join us! 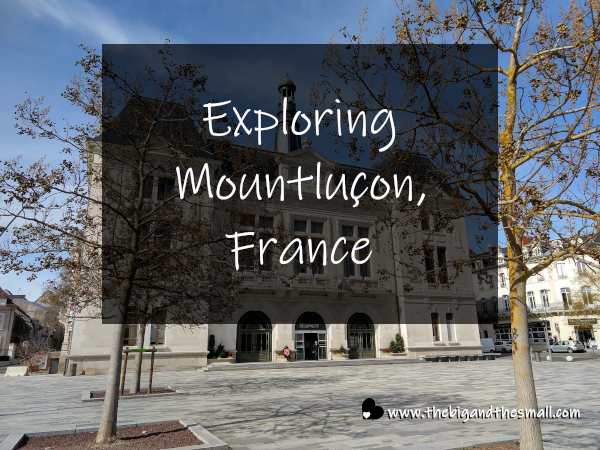 I'll admit, our main goal for going to town was that we wanted to see the movie, Captain Marvel. We are huge fans of the Marvel cinematic universe and were chomping at the bit to see this latest installment. But you guys, it turns out that in France, they show movies in French! Haha, I know, we are such arrogant Americans assuming that we would be able to find a version in English. The theater we went to does occasionally show the "version originale" (VO) of movies, which would then be in English, but this week they only had Vice in the VO, not Captain Marvel. Whomp, whomp. 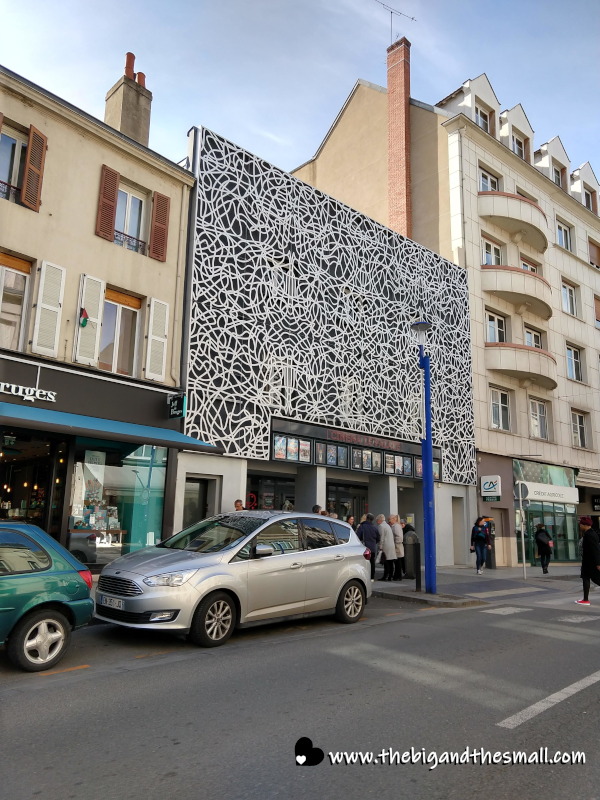 A staff person at the theater spoke English (thank goodness because my French sucks despite working on it) and she said that as far as she knows they have no plans to show Captain Marvel in the VO. Which means I have to ask that NO ONE SPOILER CAPTAIN MARVEL FOR US. Just pretend like it doesn't exist when speaking to us, please. Also, we probably won't get to see Avengers: Endgame when it comes out on April 26th so maybe we should just pretend movies don't exist for a while, okay? Okay.

All that said, we did enjoy our day in Mountluçon. The weather was the prettiest day we've had so far and the town has a lot of charm. It is an old medieval town, and the center still has a lot of buildings and streets preserved from that era! 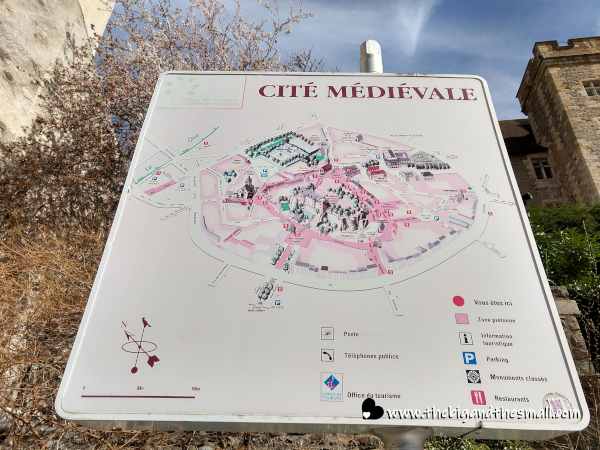 We didn't get to go inside any old buildings or anything, but we enjoyed walking around that part of the town. 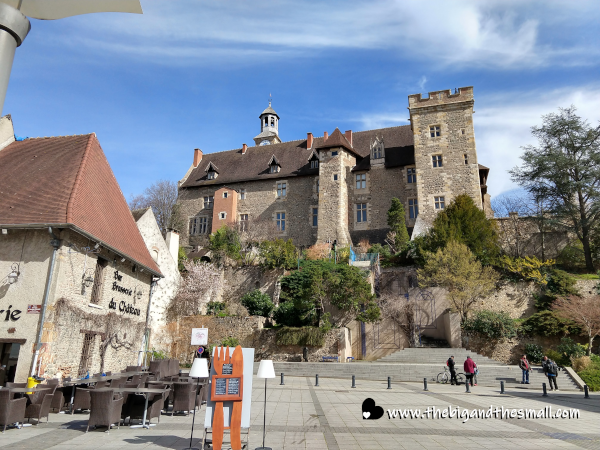 One thing we noticed about the whole town, that is quite different from back home, is that everything closed for lunch! Like literally shop hours were listed on doors and almost every single place we closed between noon and 1:30, some places even until 2:30! That is seriously just such a foreign concept to me - can you imagine a business in the States trying to do that? I don't think they would stay in business very long. On the other hand, if I were to own a shop or a business I would indeed like the idea that I got a real break for lunch every day! 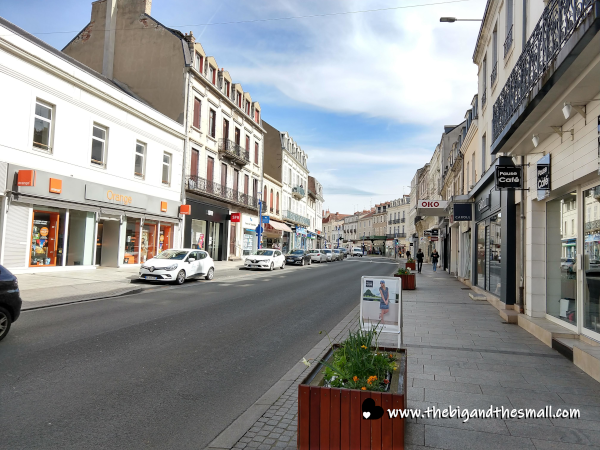 Mountluçon also has a beautiful river that cuts through the city, and it is lined with these gorgeous, majestic trees. I imagine they are even more splendid when the leaves are in bloom, but it was a sight to see on this day nonetheless. Val said that usually there is a fountain in the middle of the river as well, but it wasn't on that day for some reason (we are assuming the cold). 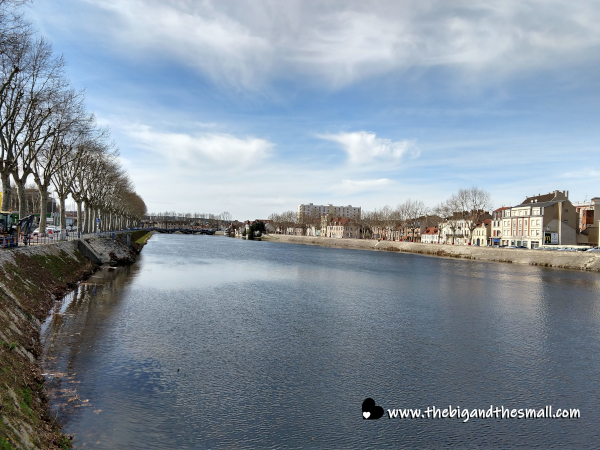 My favorite bit of the city was a garden that we just happened to stumble onto as we were wandering around. It was around 2:00 in the afternoon and we had the whole place to ourselves. 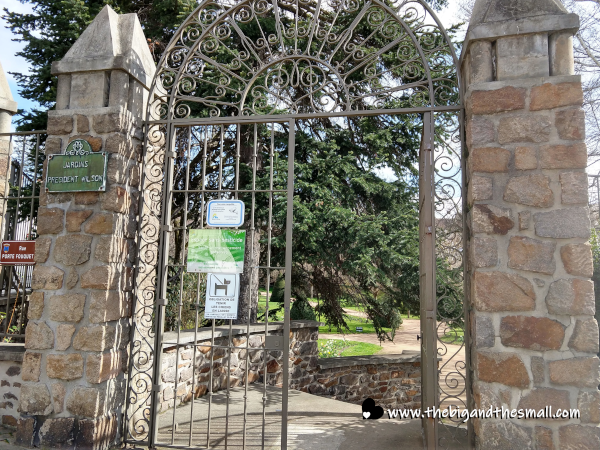 It was beautiful - with perfectly manicured lawns and trees - and daffodils blooming everywhere! 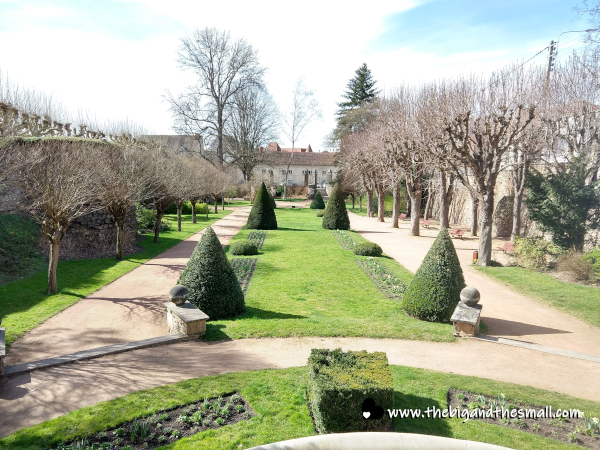 We took the opportunity to take a selfie with Val - her first selfie ever! 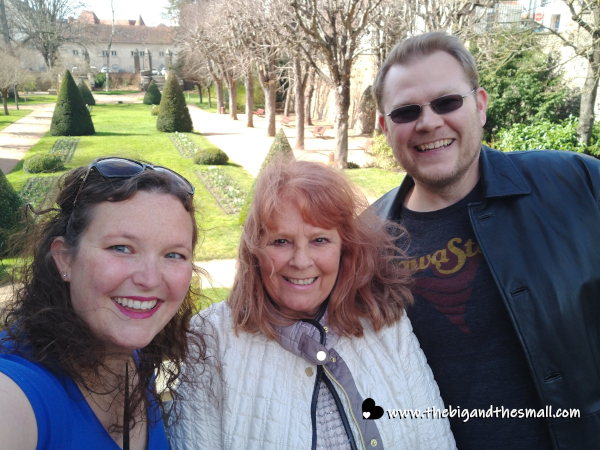 Then we walked up some stairs to a higher level where there were plants trained to grow over archways. They didn't have any greenery yet for the year but I imagine the place feels pretty magical when they do. There was also a neat structure dubbed a "hotel for insects" that had bees and other flying creatures buzzing around. I didn't want to get too close, but I can imagine it's quite the boost for the environment. 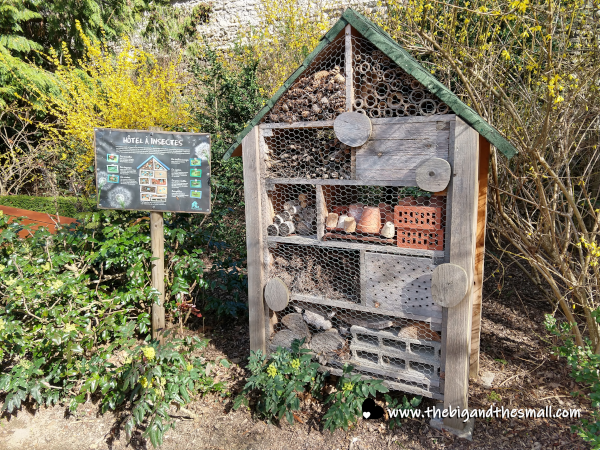 From there we went up another flight of stairs that were almost hidden, then through a passageway in a wall that Joel had to duck to get through. It seemed like we were walking into the tail end of the garden when we turned to our left and below us, saw this! 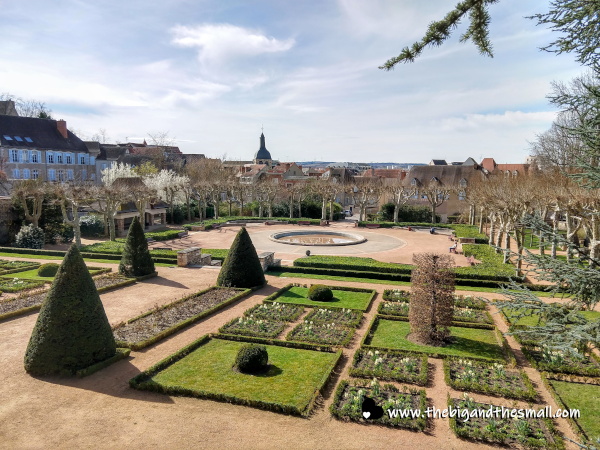 I suddenly felt like I had been transported to the grounds of a chateau!

After the garden, we stumbled back out into the city and found ourselves right next to the tourism office. We went in and had a nice chat with the lady working there (and no, she didn't know where we could go see Captain Marvel in English, Joel asked). She did share some information about the city and we came home armed with brochures of other things to do in the area. 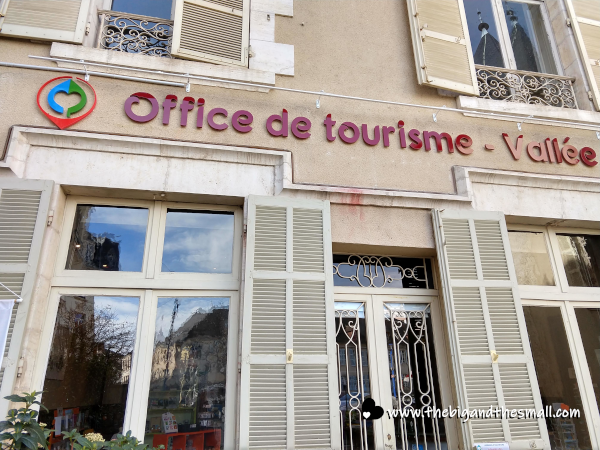 When we finally made it back to Val's car we went to do some grocery shopping (shopping at French grocery stores is gonna be a whole post on its own I think) and then finally made it home for the evening. It was a wonderful day and I have no doubt that we will be back to explore Mountluçon more at some point during our stay here!