We haven't eaten out much since we've been in England since it is much cheaper to eat at home. Our finances were tight for a while because the house we own back home wasn't selling or renting...but it seems to have rented now (thank goodness!) So last Saturday, as a way of celebrating (and, let's be honest, because I was tired of cooking) we decided to treat ourselves to a lunch out! 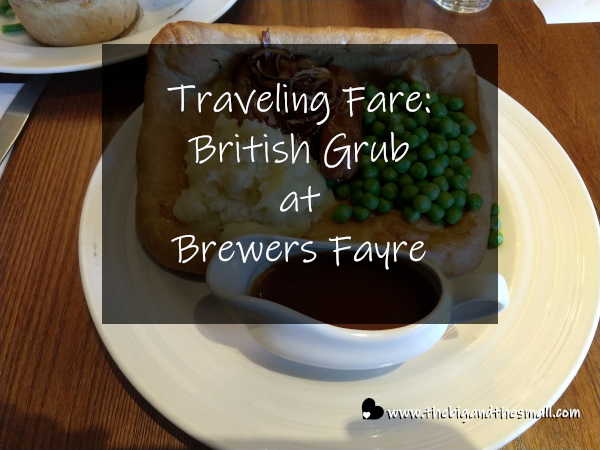 We also had a coupon for a buy one get one free meal, so we weren't going too crazy with the budget. The coupon was for Brewers Fayre, a mid-level chain restaurant attached to a nearby hotel. The food/menu/atmosphere of the place kind of reminded me of an Applebee's or a Bennigan's. It wasn't the most exciting or glamorous place to go but it was nice to eat a meal I didn't make myself. 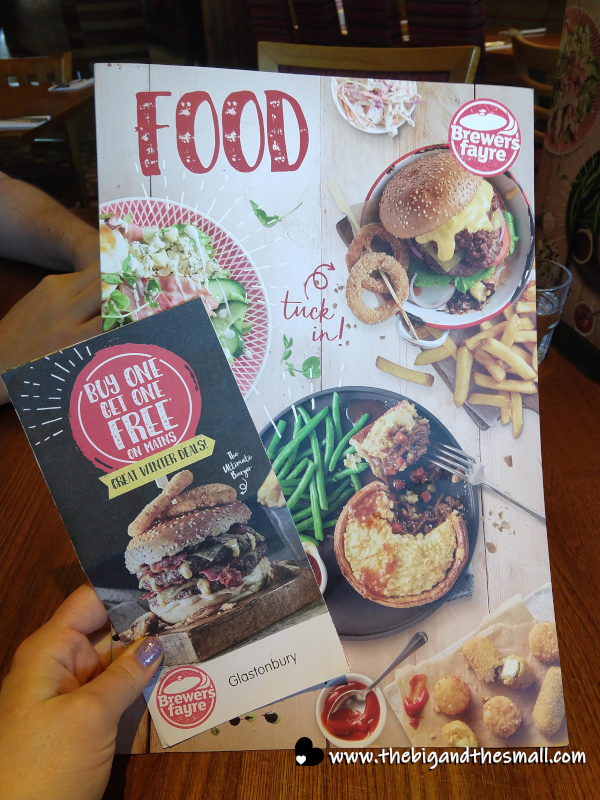 When we first walked in the experience was a bit odd. First off, they apparently "close" between 11AM and Noon, which to these two Americans is very weird. Sure, you can find the odd restaurant here and there that closes for a few hours in the afternoon or doesn't open till dinner, but for the most part, restaurants stay open to get as much business as possible. Second of all, even though the place was completely empty (it was 11:30 after all) we were asked if we had reservations. When we said no, they hemmed and hawed about giving us a table as if they might not have room for us.

They did finally lead us to a table, and we settled in to wait until we could order food at noon. For the record, the place was still less than half full when we left around 12:45 so I'm not sure what the bit about reservations was all about. The menu had a lot of British favorites, as well as a full American section. As tempting as the chicken tender nachos were (though I must say, I've never seen that on an American menu) we decided to go with some British classics. 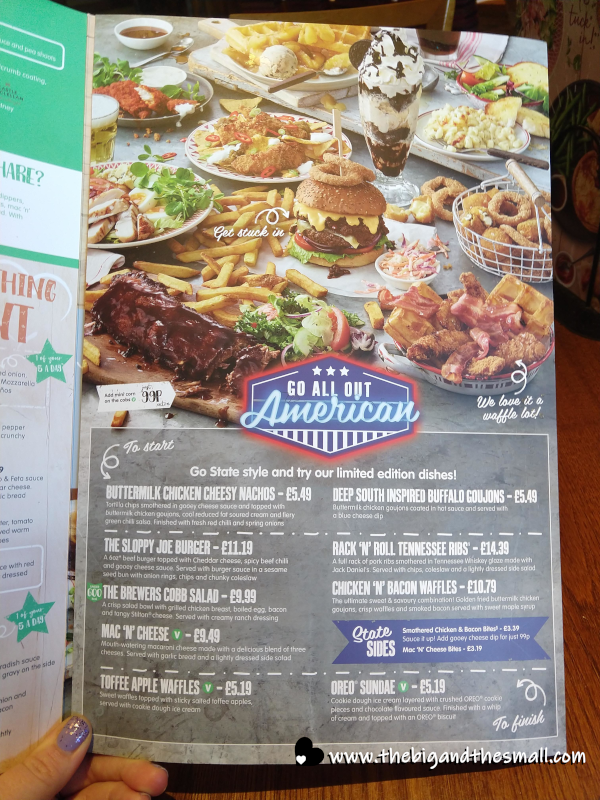 I ordered the Giant Yorkshire pudding that comes with sausage, mashed potatoes, peas, and gravy. If you aren't familiar, a Yorkshire pudding is not what we know as pudding, not even a little bit. It's more of a bread-like substance that is cooked into a sort of cup shape. It's usually served on the side of a meat dish and filled with gravy. They were not kidding about calling this one giant - it literally took up the whole plate! We shared both meals and even between the two of us we couldn't eat all of it, so about 1/3 of the pudding didn't get eaten. But the sausage, potatoes, and peas were all delicious, especially once smothered in gravy. 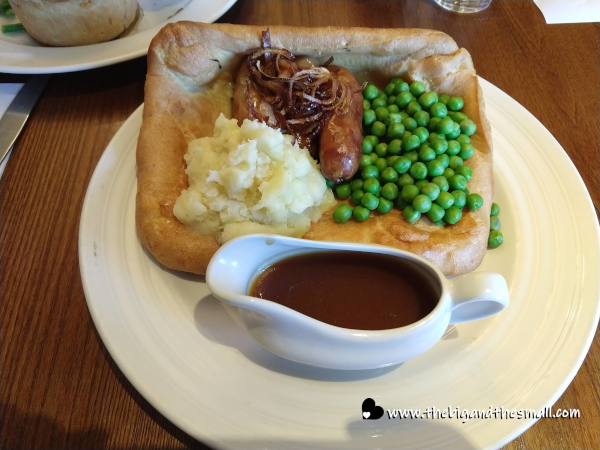 Joel ordered the steak and ale pie which came with mashed potatoes, green beans, and gravy. I must say I love that the gravy came in these tiny gravy boats - they are so cute! I super love British pies - I'm a sucker for pie crust and I always prefer savory over sweet so savory pies are right up my alley. I wish they were as common in the States as they are here! If you are familiar with a chicken pot pie, this is basically the same thing except for the fillings here are a lot more varied. This one was steak and a beer flavored gravy, and once back in Wales I had one that was steak and blue cheese. 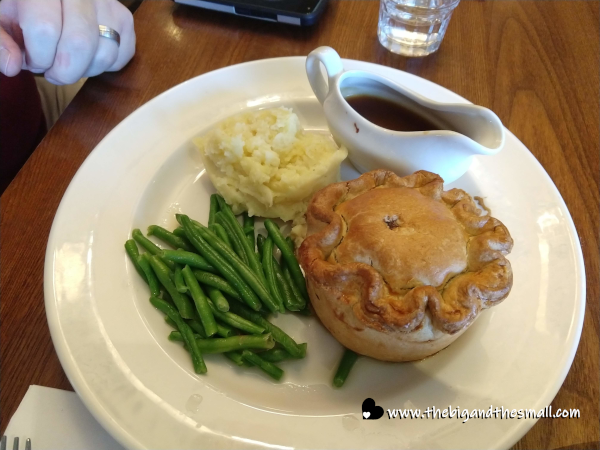 We usually share at restaurants, and this time we realized that we both preferred what the other had ordered, so after a few bites we switched meals. It was all very filling and a pretty good value with the coupon - the more expensive of the two meals was £10.99 and the second was free. I don't think it would be worth paying full price for both meals, for that price point you could go somewhere a bit nicer or fancier. But for a quick Saturday lunch out and with the discount, it was worth it!

I must say, as much as I have enjoyed British food (they put gravy on everything, can't go wrong with that) I am looking forward to trying out some French food at our next housesit. Croissants, baguettes, cheese and wine, here I come!