For one of our last days in England (and our last full day with Steve - wahh!) we decided to take a little road trip to check out some history. We are so glad we waited to venture this far until we could go with Steve, as there were many narrow English roads that we would not be comfortable driving ourselves. It took us about an hour and a half in the car to get to this historical area. 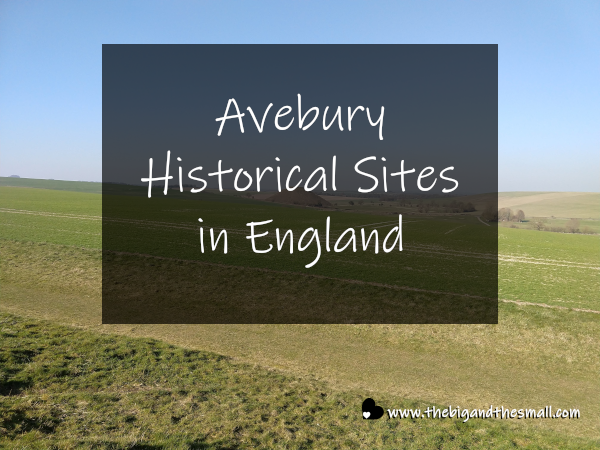 On the way to the Avebury historical sites, we drove by a very famous historical site that most people are familiar with - Stonehenge! As cool as it would be to see Stonehenge up close, it is quite expensive, and Steve promised that the sites he was taking us to see were just as interesting (and free!) We did get to see Stonehenge from a distance, and Joel captured the best picture he could from a distance in a moving car. 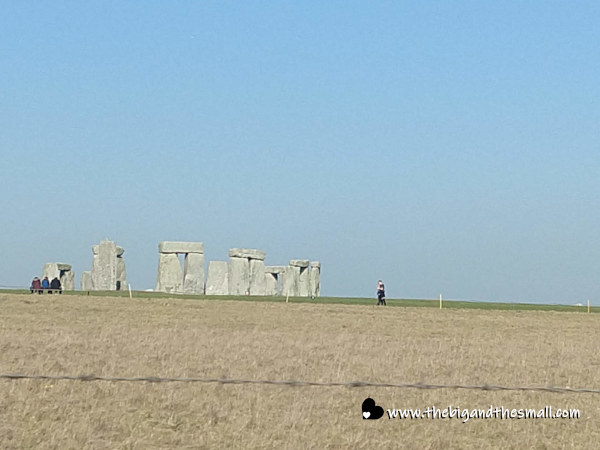 Not too far past the famous Stonehenge, we pulled over on the side of the road, and it turned out we had reached our first destination! The hill that you see in this next picture is Silbury Hill - an "immense Neolithic man-made mound." Steve informed us that this mound is "basically England's pyramid." The hill is, in fact, older than the pyramids, and the same size as the pyramid of Giza. That surprised me a lot as this hill didn't seem to be that big! 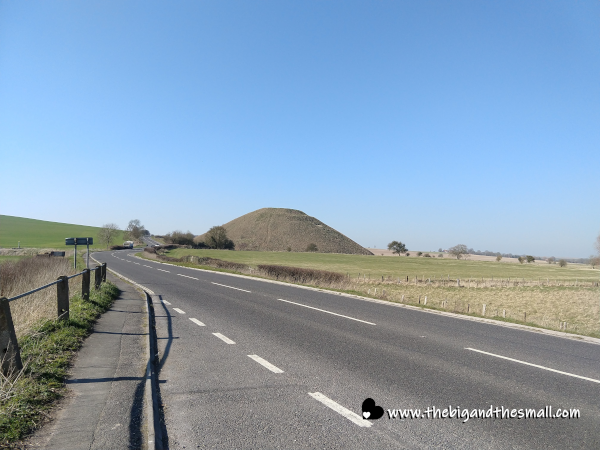 After admiring the hill we took a walk about half a mile from the roadside to get to the West Kennet Long Barrow. This historical site dates back to around 3,650 BC - so it is very, very old! It is a burial mound and it is believed that about 36 people were buried here. The barrow was built about 1,000 years before Silbury Hill. It was constructed from local sarsen stone and limestone, and included five burial chambers. The people buried here represented a cross-section of society - the bones found belonged to men and women, some young and some elderly. 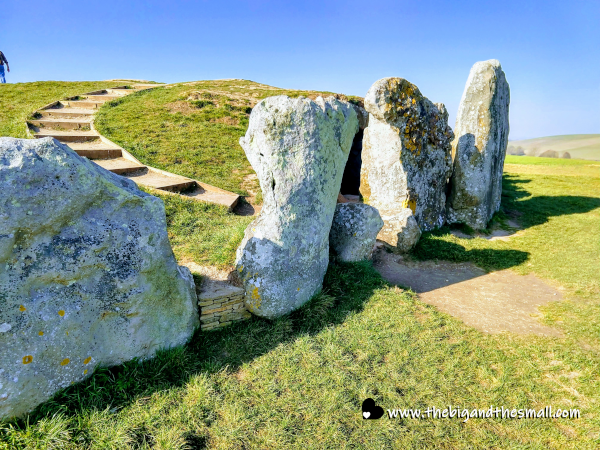 About 4,000 years ago the tomb was deliberately filled in and the entrance blocked. It wasn't until 1895 that the western chamber and central passage were excavated, by John Thurnam. The other chambers were not excavated until 1955 by Stuart Piggot and Richard Atkinson. Now, these chambers are cleared and open to the public at any time. 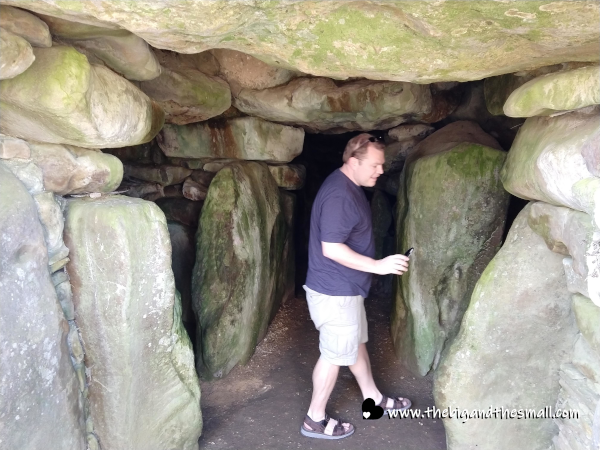 Walking inside the tomb was an eery feeling - it was dark, and very cold despite the day outside being the hottest on record for this time of year. 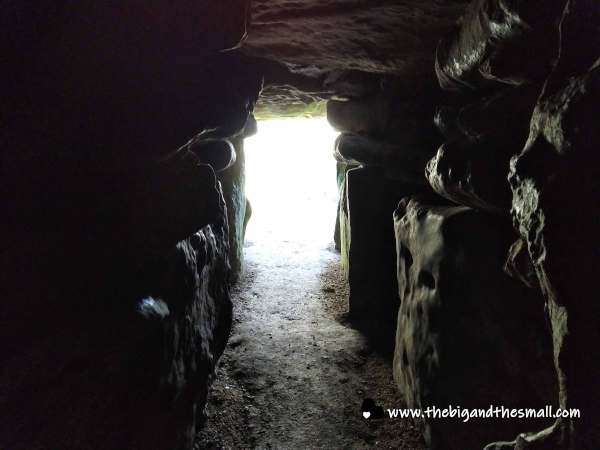 We noticed that some visitors had brought items to the tomb - there were tealights stuck into many of the crooks and crevices of the stone walls, and in a few places, even roses had been placed. 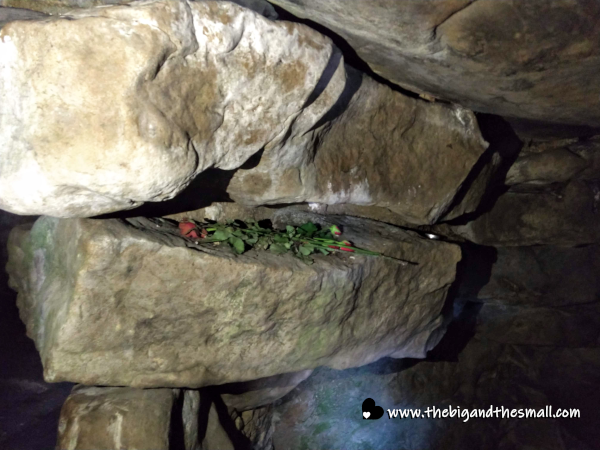 After we left the inside of the tomb we walked up the steps to the top of the tomb. The view from up there was spectacular. 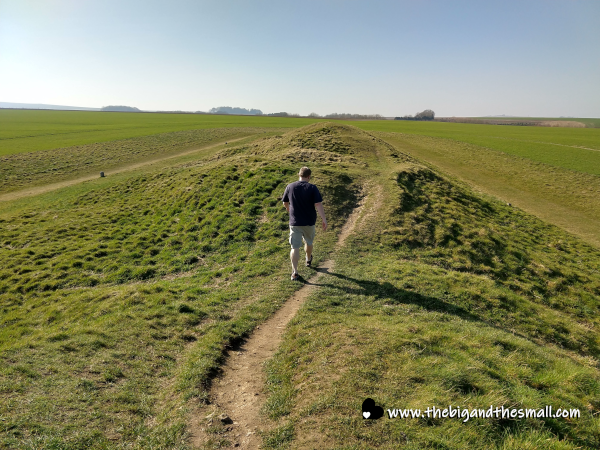 Once back at the car we drove a little further to another historical site in the area - the Avebury stone circle. This stone circle is similar to Stonehenge except that this one is larger, and does not have the stones that cross the top like they do at Stonehenge. Another big difference? This one has a town built in the middle of it! Sometime in the 1500s a town was built here, right smack dab in the middle of the stone circle - they just kind of worked around it. In this next picture, you can see the road that runs through the center of the circle and the town in the distance. 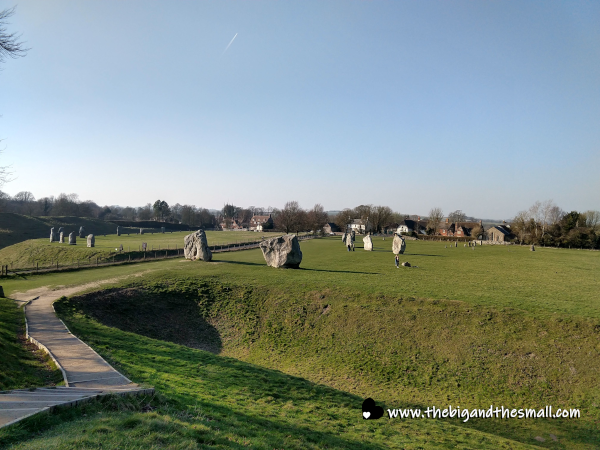 The stones themselves are massive and create quite an interesting look in the landscape. Joel was about to try to climb one of them at one point (and Steve told him that was fine!) but I had seen the signs warning people not to do that so I'm pretty sure I saved Joel from being arrested. Which is good, because we don't have any bail money. 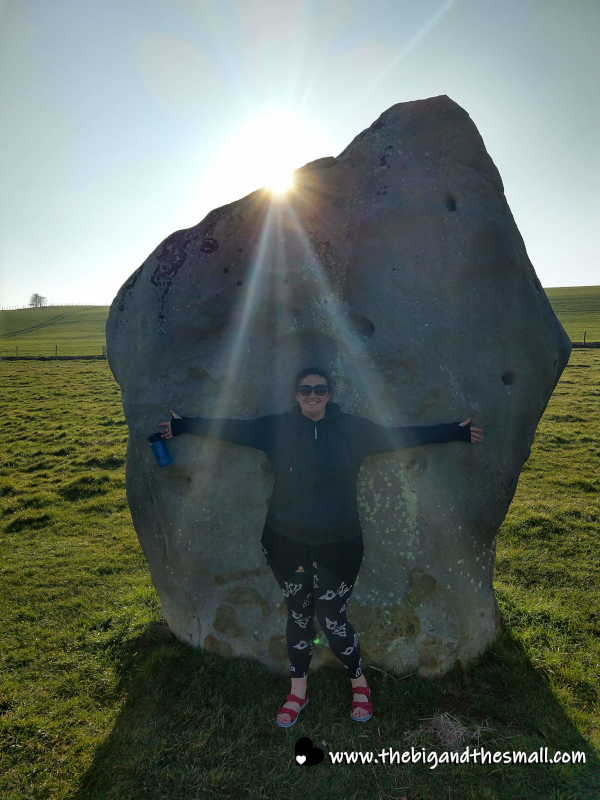 Somehow we wandered through the whole town and I didn't get any pictures of it, but I did get a picture of a treat we tried. Steve bought a treacle tart from a local shop and was gracious enough to share it with us. I was excited because I have heard of treacle tarts in the Harry Potter books! It tasted like a pie made out of mostly brown sugar - it was very sweet and only a couple bites of one was plenty. [Side note: this made me realize that I have some strange misconceptions about the Harry Potter books - "treacle tart" always sounded mystical and like some sort of magical food to me, turns out it's just a very common British dessert, lol] 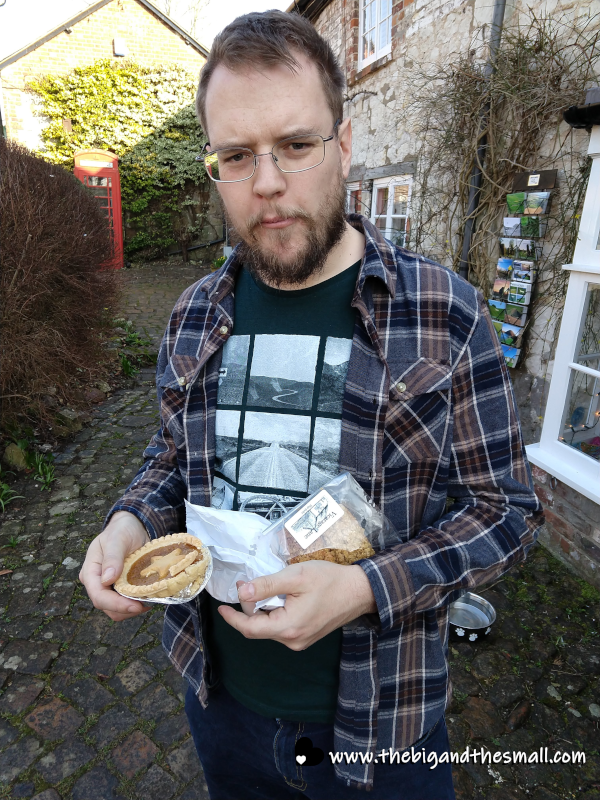 Our drive home took forever because of traffic, which was supremely unfun. We did get to drive through the city of Bath which was beautiful, even though we never got out of the car!

So, have you ever tried a treacle tart? Did you think it was a magical Harry Potter dessert or know that it was just British? Do you think you would pay the money to see Stonehenge or just go to these other free sites? Shout out below!