McDonald's Around the World: Street, England

So far in our around the world adventures with McDonald's we've checked out Texas, France, Cyprus, Germany, and Wales. We've been in England for a while now so we figured it was high time to check out McDonald's here, even though we weren't expecting it to be too wildly different from what we could get back home. 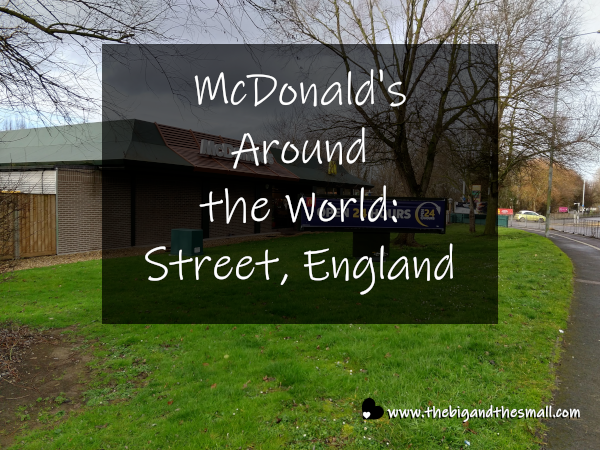 Lucky for us there is a McDonald's very close to our current housesit! We actually walk by here every single time we go to the grocery store, so usually at least three times a week. Even with all that walking past, I can honestly say I have not once been tempted to eat here yet! I think it's in part because I'm working on eating healthier and losing weight, and in part because we are doing our best to save money. We all know McDonald's isn't exactly healthy, and in our experience of it abroad it's not exactly cheap either!

However, we knew we couldn't let our readers down with our next installment of McDonald's Around the World - so this one is for you! Plus, for real, I did not feel like cooking anything the other day. So off we went to see what were the weirdest things we could find on the English McDonald's menu. Turns out - there isn't anything too weird! Here's what we ordered: a Big Mac with Bacon (they are pushing this hard here right now), we made it a meal and upgraded to a shake (Joel finally got the banana flavor I denied him in Wales), something called a Signature Classic burger, mozzarella sticks, and a Twix McFlurry. Nothing too crazy, but these are all things we personally have never seen at a McDonald's in the States. 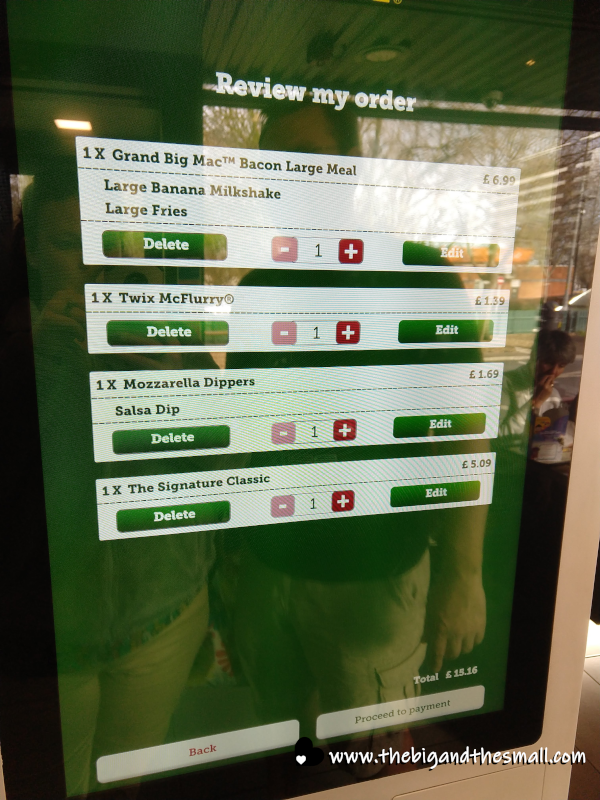 We ordered at a kiosk, just like every McDonald's we've been to abroad, but this time we were given the option of taking a number and putting it on our table in order to get tableside service. We entered the number at the end of our order, paid, sat down with the number at the edge of our table, and I swear like a minute later our food had arrived! Everything looked like it was going to be pretty typical of McDonald's food. 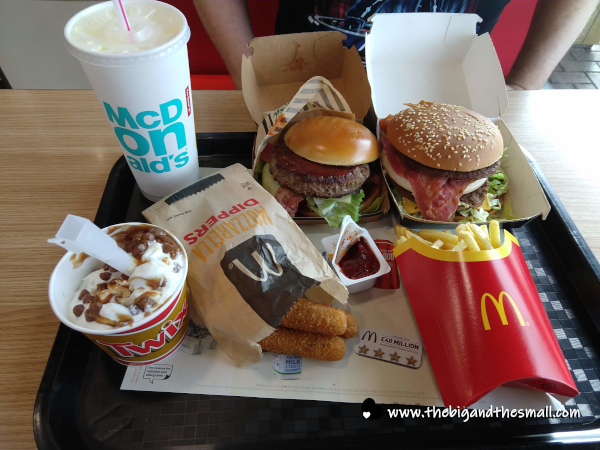 I was most excited to dig into the mozzarella sticks - you can never go wrong with fried cheese! However, I was put off by the dipping sauce that came with them - a salsa dip. Salsa? With Mozzarella sticks? That's just not right! Everyone knows what goes with mozzarella sticks... marinara sauce! Ranch would also be an acceptable answer. But salsa? I was skeptical but gave it a try. My verdict - the salsa dip was delicious in its own right - but it doesn't go with mozzarella sticks. It would have been perfect with the fried nacho cheese wedges we got back in Wales, but it was just wrong here. 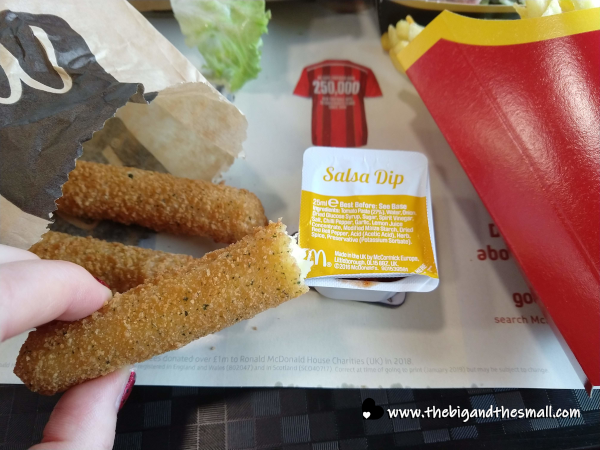 Joel, however, disagreed with me. He thought the cheese sticks and the salsa dip were perfect together. He's wrong, but oh well, I suppose no one is perfect. This is his "I'm so happy to be eating this" face. 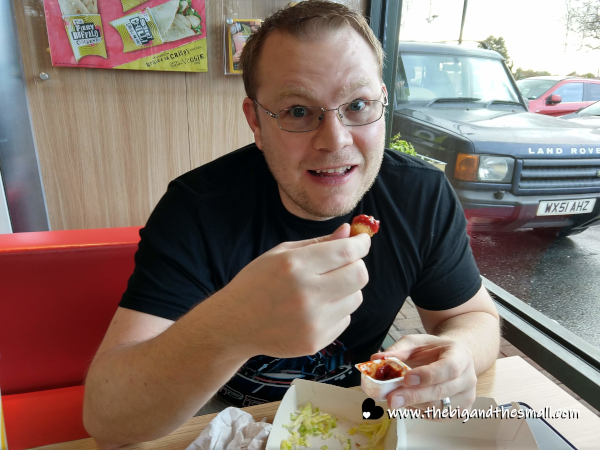 Of course, Joel disagreed with me on how to eat the Big Mac with bacon that we ordered. I'm not a huge fan of Big Macs in the first place (too much bread) but I had hopes that the bacon would make it better. While I did appreciate the addition of the bacon, I still found the burger overall to be "meh" bordering on dry. So I did what any rational person would do to a dry burger - I added ketchup! Joel looked on in horror, acting as if I had just added blood to my burger instead of ketchup. "You can't put ketchup on a Big Mac!" he cried. My response? "I do what I want!" 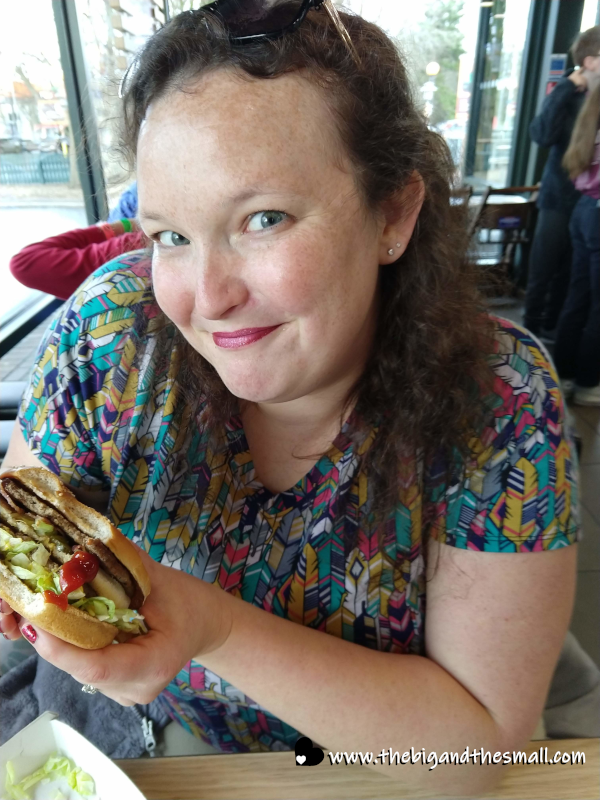 I gave up on the Big Mac after a few ketchup-filled bites and let Joel have the rest. He enjoyed it but determined that for him, the bacon detracted from what a Big Mac should be. The big marketing push around this sandwich is whether or not it's still a Big Mac when bacon is added, and they even made the hashtags #stillabigmac and #notabigmac. Joel came down firmly on the #notabigmac side. 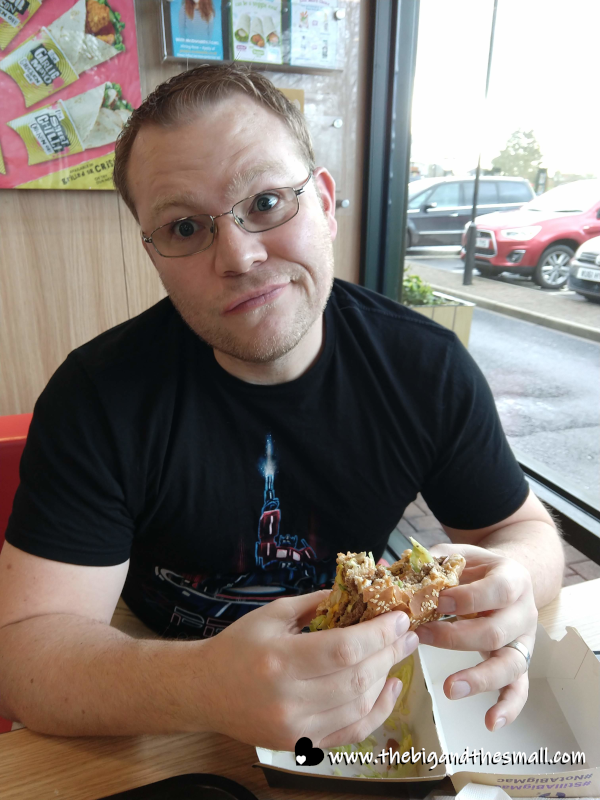 Our other sandwich was the "signature classic burger" which was a burger with white cheese, lettuce, tomato, way too many purple onions and some sort of sauce. You could get the same burger with either a spicy or BBQ twist, but we went with the original. I'm not sure what the sauce was that was on it but it was not very flavorful. Joel makes a better burger at home than this one was, and for a lot less money. The fries that came with our meal were okay - they didn't have enough salt and they were much less greasy than I am used to McDonald's fries being. I suppose that's a good thing but they tasted pretty dry and flavorless to me - like cardboard cutouts of fries. Maybe I'm just losing my taste for fast food?

The best part of the meal for me was the dessert, and as someone with not a very big sweet tooth, I don't say that very often. The Twix McFlurry was delicious, if not exactly what I thought it would be. I assumed it would be a McFlurry with chopped up bits of the Twix candy bar mixed in. Turns out it was ice cream with little chocolate cookie balls and caramel filling swirled in - I would call it more "Twix inspired" than an actual Twix treat. Nevertheless, it was tasty.

Overall neither of us were very impressed with this meal at McDonald's - it was close to items we could get back in the States, the prices were high, and the food was just okay. It did feel just like home though, if it weren't for all the British accents around me I could have sworn I was anywhere in the US. Ok, the accents, and the drive-through going around the building the other way! We've been in the UK for almost six months and I still get weirded out by people driving on the left side of the road. 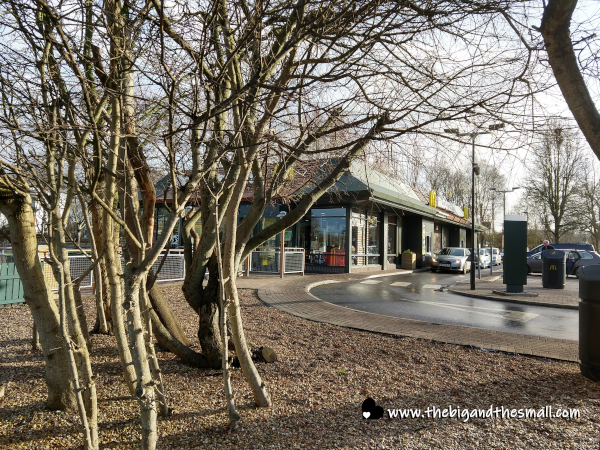 So what do you think? Do you like McDonald's or skip it? Is a Big Mac still a Big Mac if it has bacon? Can you put ketchup on a Big Mac? Does salsa go with Mozzarella sticks? If a McFlurry doesn't have any actual Twix in it can you still call it a Twix McFlurry? These are life's big questions, people!

I'm glad you're keeping up the series, though I don't like McDonalds food very much, the cultural changes and interpretations are always worth the observation. :)

Not the best food

Agreed that McD's is not the best food... I think this was our most lackluster experience yet, lol. It is fun to observe and think about all the differences though!