The Wonders of Wookey Hole: Dinosaurs, Pirates, and Witches, Oh My!

Yesterday I shared all about the caves that are one of the main reasons you should want to go to Wookey Hole Caves & Attractions. Today I'm here to share about everything else! There is so much to do at this place that you could easily be there the entire time they are open, especially if you have small children. I will share everything we took part in - there is still plenty of entertainment even for adults without kids! 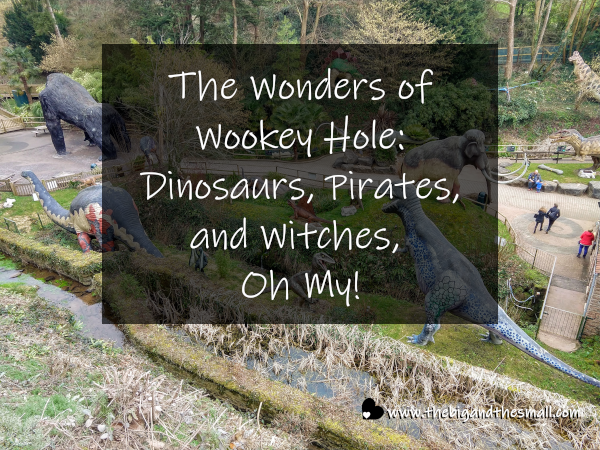 The first activity we partook in upon arrival was the Pirate Island Adventure Golf. We both super love mini golf so we were excited to play, and we also wanted to do so before it got too busy. I was slightly disappointed that this course only had 9 holes instead of the 18 you usually find in the states, but the holes were so interesting I quickly got over it. These were some of the most challenging courses I have seen! On at least 3 of them, it would literally be impossible to get a hole in one because of the way the green twists and turns from start to finish. 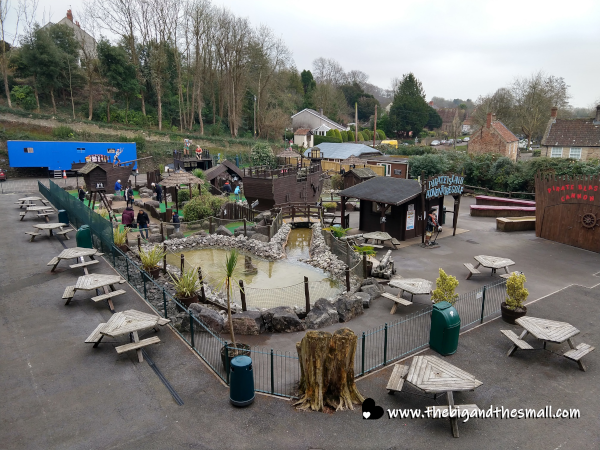 I love a good theme to my mini golf so the pirate touches throughout the game were fun. Each hole was named after a famous pirate and had placards giving you information about them. Throughout the whole game, I kept catching these guys out of the corner of my eye and thinking they were actual people up on the boat! 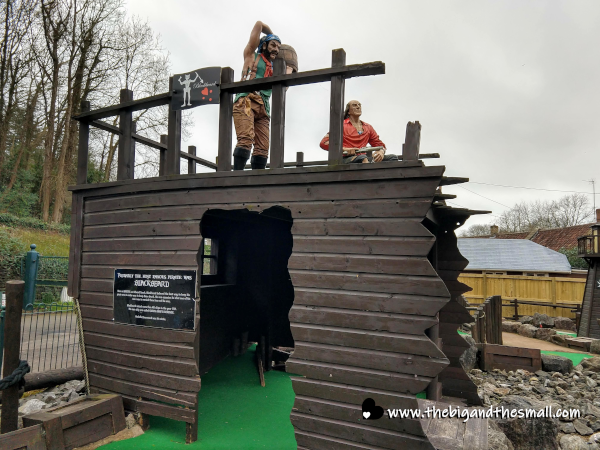 For the first time in a long time, I actually came thisclose to beating Joel at a game of mini golf! (He beat me in Germany, and the last time we played in England) I had a strong lead for the first half...but then the last few holes tripped me up. And Joel pulled off a hole in one on the very last hole to clinch the game! 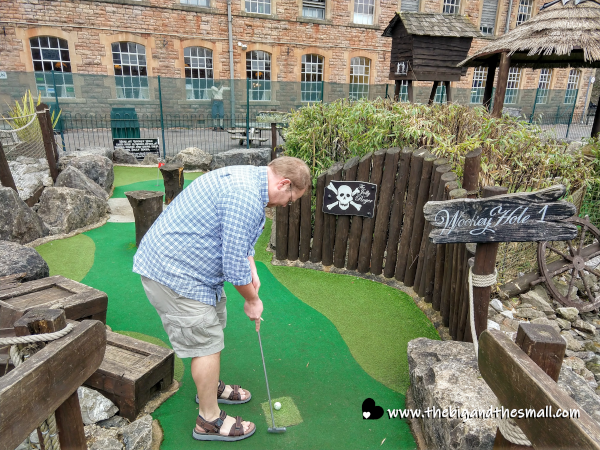 After our rousing game of mini golf, we wandered through the gift shop and ended up finding the hall of mirrors. I'd like to have this mirror that makes me look really skinny in our next house, please! 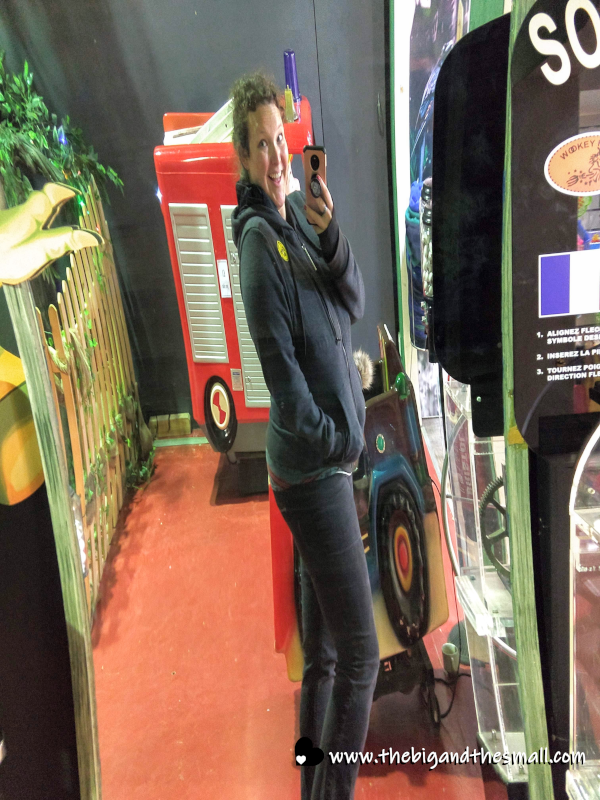 There was also a mirror maze which was entertaining to wander through, if not a hard maze to solve. Looking into the mirrors at the seemingly endless reflections in the center was really trippy. (P.S. if you look close enough in this next picture you can see us!) 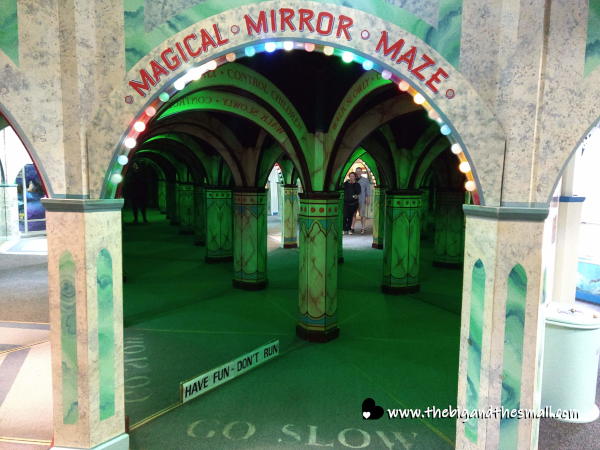 The next thing we did was visit the caves, then when you leave the caves at the end of your tour you are deposited out near the fairy garden dinosaur valley! I imagine the fairy garden is much more awesome in the spring and/or summer when more of the plants are in bloom, but it was still fun to walk by and spot all the fun little creatures and surprises set in among the greenery. 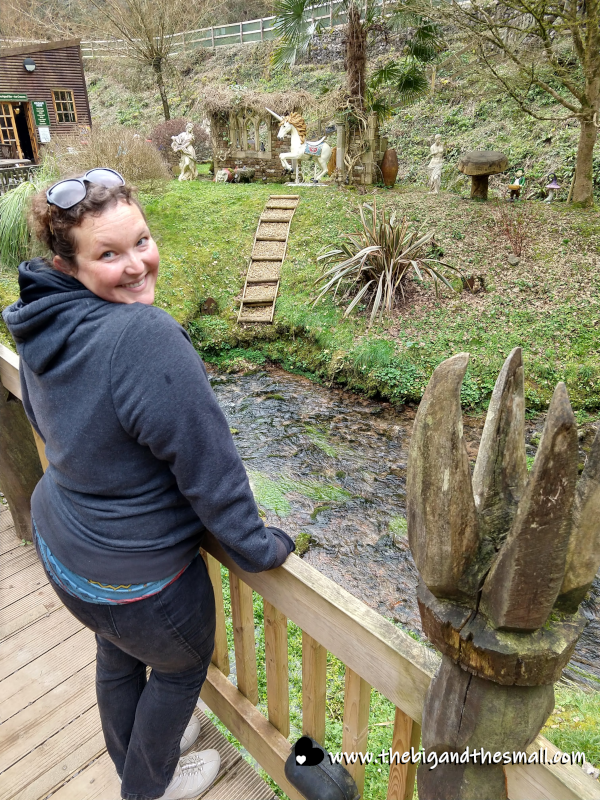 I, of course, loved the dinosaur valley, as cheesy as it was. A few of the dinosaurs were even animatronic and would randomly move their heads around or let out a loud roar. There is also a huge 30-foot statue of King Kong in this area that dwarfs even the T-Rex. If you follow us on Instagram you can see a picture of us posing with the mammoth gorilla. 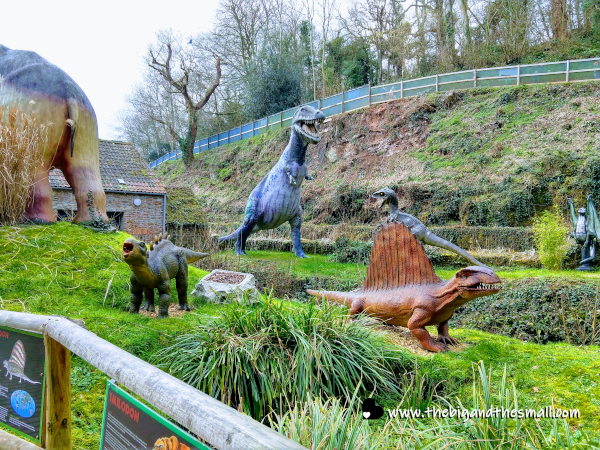 Speaking of cheesy, the Witch's Laboratory is a 4D cinema with some spectacularly cheesy elements as a lead into the short 4D film. As you wait outside the theater for entry there are spells on the walls for turning things topsy turvy - they give you directions to spin around quickly and then put your head between your knees. 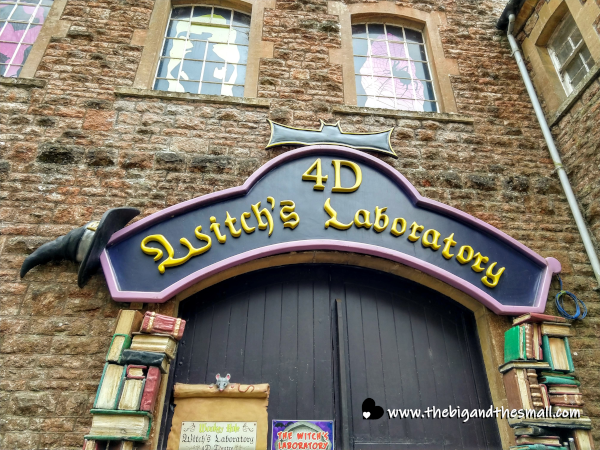 Once allowed inside the cinema you can see that the topsy turvy spell worked - everything in the Witch's house on the ceiling! You get to meet her familiar, a bat named Harold, and he tells us we can explore the house as long as we do so quickly before the Witch of Wookey Hole returns. Then you are ushered into the cinema. The movie shown changes all the time; on this day we were treated to a short of Ice Age, with familiar characters from all of those movies. It was silly (and very clearly for children) but a 4D cinema is always a good time. If you are unfamiliar with what it means, not only is the movie in 3D, but the chairs move, lighting changes, and you might get treated to some fog or mists as well. 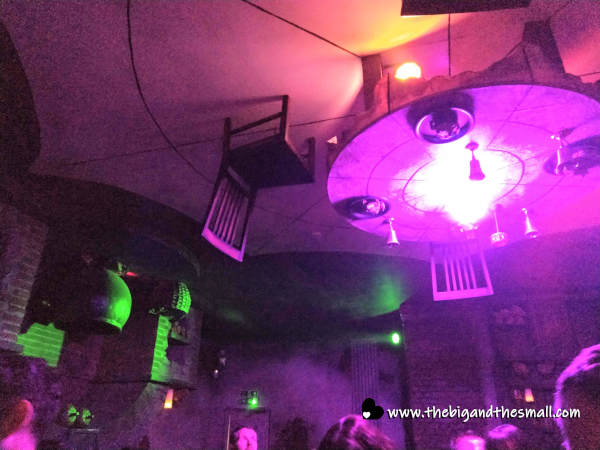 Our final stop of the day was the Wookey Hole circus, and it turns out we had saved the best for last! We arrived just in time for the starts, and were surprised to learn that the circus is put on by amateurs! They have a circus school that meets here 3 nights a week, and it is these students who perform the circus every weekend for visitors. The students ranged in age from what looked like about 10 years old to seniors in high school. 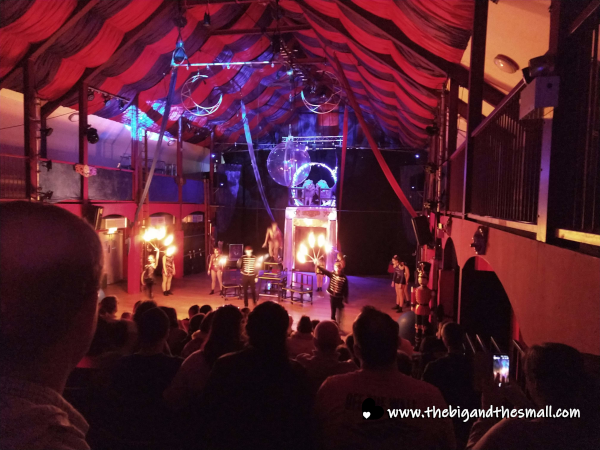 The circus performance was incredible! There were a few cheesy (and rather obvious) magic acts, but there was also incredible hula-hooping, aerial dancing, unicycle riding, and lots of juggling! I would love to take aerial dance classes one day - it looks like so much fun! Though I can't even begin to imagine the amount of strength it takes to do it. The unicycles were really impressive - the younger students rode on regular sized one, while the older students rode ones that were at least 8 feet high (they had to climb ladders to mount the bikes!) I really cannot emphasize enough how incredible the performance was, I was highly entertained and truly in awe of a lot of what they were doing. 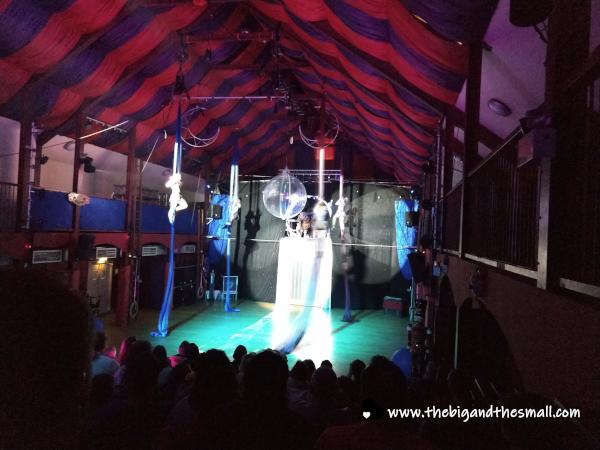 I would say that the cost of admission to Wookey Hole Cave & Attractions is absolutely worth your money - just make sure you go on a weekend as that is the only time the circus performs! Besides the caves the circus was our second favorite part of Wookey Hole, so you definitely don't want to miss out on it. If you go with children there are tons of other things to do here as well - a penny arcade, special playgrounds, paper-making demonstrations, and more. But even as adults who couldn't/didn't do everything, we still had an absolute blast!

What do you think would be your favorite part of Wookey Hole? Are you all about the caves or ready to battle the pirates for a hole in one? Do you want to pose with the dinosaurs or King Kong? Are you (like me) ready to run off and join the circus? Spill below!