Superbowl Sunday/Monday in the UK

I'm not a big fan of any sportsball games, but I do make a point of watching the Superbowl every year. Yes, I watch it for the commercials and the food. This year, we invited Steve to come join us for a real American Superbowl Sunday! Or, as American as we can get while we are here in the UK. 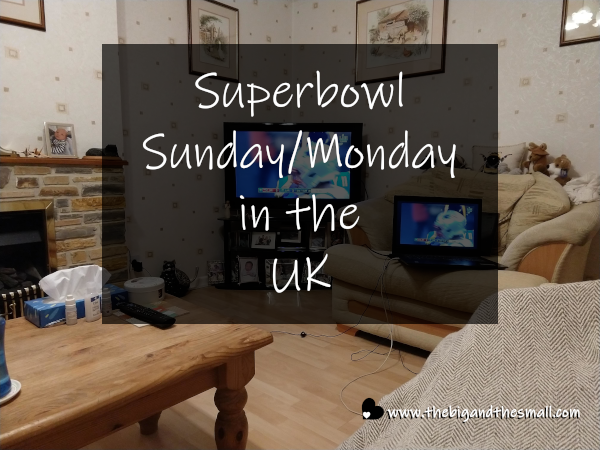 Since kick-off for the game was at 6:30 pm Eastern, that means it wasn't on here until 11:30 pm. Which, while it means we were in for a long night/early morning, we had plenty of time on Sunday to do other things as well! Shortly after Steve arrived we walked down to High Street and took a stroll through Clark's Village (the outlet mall here in town). We also spent some time checking out the charity shops, which is one of my new favorite hobbies. Even though we can't buy anything, it's still fun to see what you can find! Like these awesome headbands. 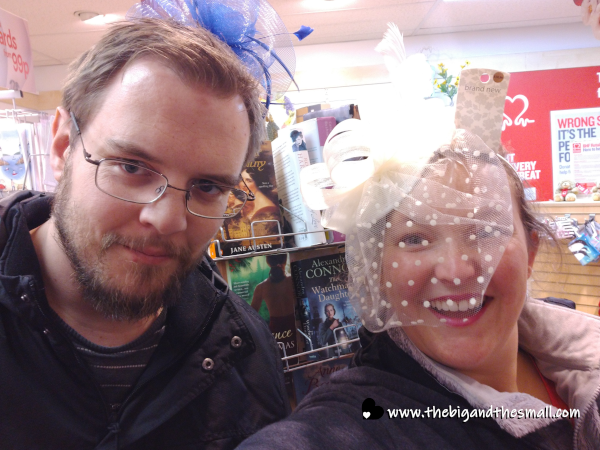 Or this amazing mug. (Believe you me if I had any room in my luggage I would have purchased this mug - it was only £1.50!). Steve likes to play a game with his friends where you look for the weirdest thing you can buy for a quid. We didn't find anything weird enough to qualify yesterday though I did find a magnet that said: "People who hate cats were probably a mouse in another life." 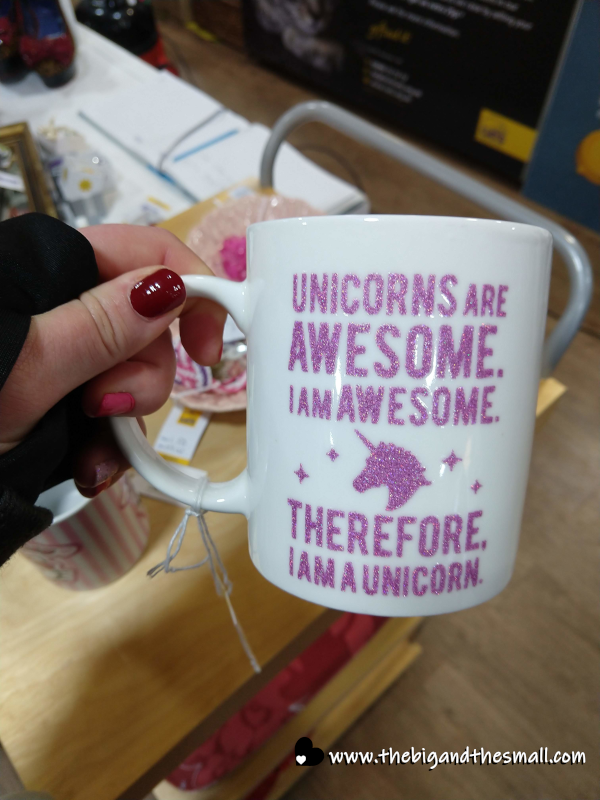 After some shopping without buying anything, we went home and Joel made burgers for dinner. They were delicious, and I ate mine with a lettuce wrap instead of a bun, which wasn't as bad as I thought it would be! I didn't really miss the bun at all. The French fries on the other hand... those hurt to turn down.

The game still wasn't going to be on for another 5 hours, so we decided to go to a movie! This is only the second movie we've been to since leaving the States (the first one was back before Christmas). Joel and Steve were both itching to see Glass, and the theater in a nearby town has discounted tickets after 7 pm on Sundays so the timing was perfect. The theater was small but well equipped, and overall I was just so excited to be in a theater again! (As you can tell by this stupid grin on my face.) 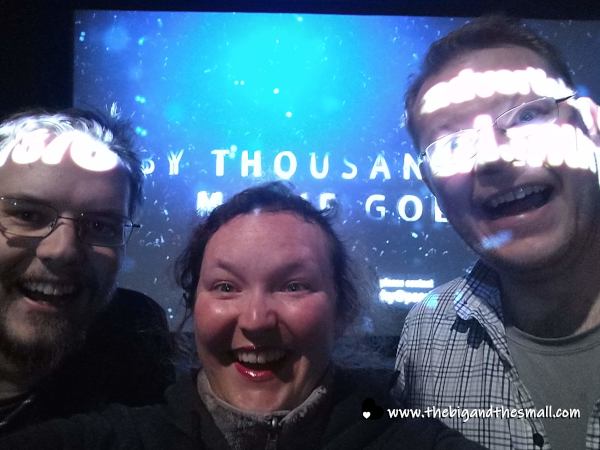 The movie was great (check out our reviews here) and then it was time to go home and get some Superbowl food started! I kept the menu simple this year - wings with blue cheese dip, and nacho cheese dip (with tortilla chips for the guys and celery for me). I didn't take any pictures of the food because none of it was exactly photogenic, but it was all delicious.

The wings were just frozen ones I baked then tossed in buffalo sauce (hot sauce for Joel) and the blue cheese dip I made from scratch for the first time ever! I followed this recipe from Smitten Kitchen, with a few necessary adjustments because I couldn't find all the ingredients here. I used regular milk instead of buttermilk and left out the white vinegar completely because I never found any, but it was delicious, regardless! I will be making this again. Oh, I also left out the chives because I didn't care enough to buy fresh herbs.

For the nacho cheese dip, I wanted to make a keto version and found several recipes on the internet that were variations of 1 cup whipping cream + 4 oz cheese + spices. Using that as a base I made my own! I did the whipping cream, added about ten times more cheese than the recipes called for, and then threw in a pound of taco seasoned ground beef. It was awesome, and I also plan on making this again. It wasn't even that bad to eat with celery instead of chips, they give a lot of crunch!

Ok, so then there was the actual game. We could have watched it on a BBC channel (I think? We saw it advertised at least) but we decided to watch it through the CBS streaming app so we could get the US commercials. The commercials were overall pretty great, I thought! Some of my favorites were the Jason Bateman shopping elevator, the beer commercial with Carrie Bradshaw/SJP, and the ASMR beer commercial. I don't even drink beer but I sure got a kick out of those ads!

Again, I'm not big into sportsball of any kind, but I thought the game was kind of a stinker this year. It wasn't very interesting to watch and I was hoping the Rams would win. I ended up going to bed midway through the 4th quarter as it was 2:45 in the morning and I was beyond tired.

So what about you? Did you watch the Superbowl this year? Are you invested in the game or there for another reason? What's your favorite game day snack?