Do you know how sometimes Facebook is creepy when it becomes clear that it knows everywhere you go and sometimes even shows you ads for things you have just been talking about? Well, sometimes Facebook's creepiness comes in handy! We had been planning to go to Wells at some point during our stay here, but last week when Facebook showed me an event happening at the Wells Cathedral, we decided to make some point be last Saturday! 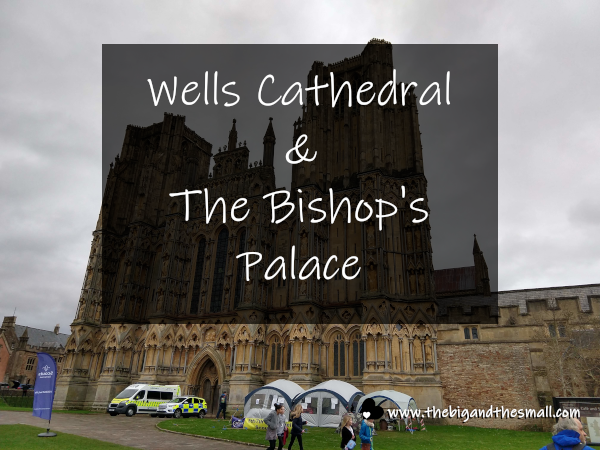 Wells is a small town city only 9 miles from where we are housesitting. Remember how back in this post I told you that England has special requirements for what can be called a village, a town, a city, etc? Well, Wells gets to be called a city because it has a cathedral - this despite the population of Wells sitting at only 11,000 people! That's smaller than any town I've ever lived in, yet it gets to be called a city. Go figure. 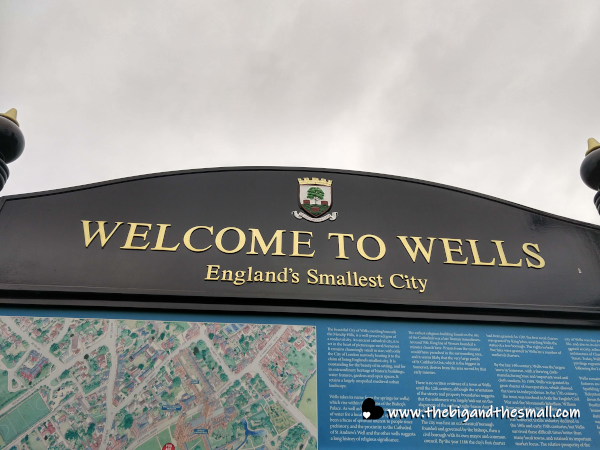 The cathedral itself is definitely worth a visit to Wells. Almost as soon as we entered the city limits we could see the spires towering above the rest of the town city. We were able to park quite a ways away and make our way to the cathedral just by watching for glimpses of the towers rising up above and between other buildings. As we got closer we encountered a town square where a market was taking place. There were stalls selling food, art, jewelry, and more; the food smelled so good it was almost intoxicating - but we had just eaten at home so we didn't get anything. At the corner of the square, there was an entrance to the cathedral grounds known as the "Penniless Porch." The sign let us know that it was "built about 1450 by Bishop Bekynton, a benefactor to this city. Here beggars used to ask for alms." 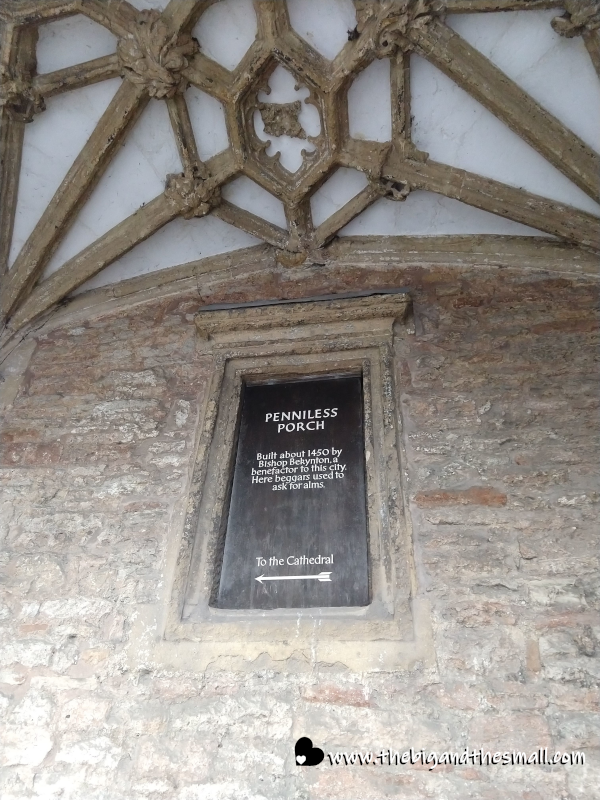 When we walked through the porch all of a sudden we had an uninhibited view of the cathedral and it was stunning. The detail in the stonework was incredible, and I can see why some have called this "unquestionably one of the most beautiful" and "most poetic" of English cathedrals. Work on building the cathedral started in 1175 and was completed around 1239, making this building 780 years old. 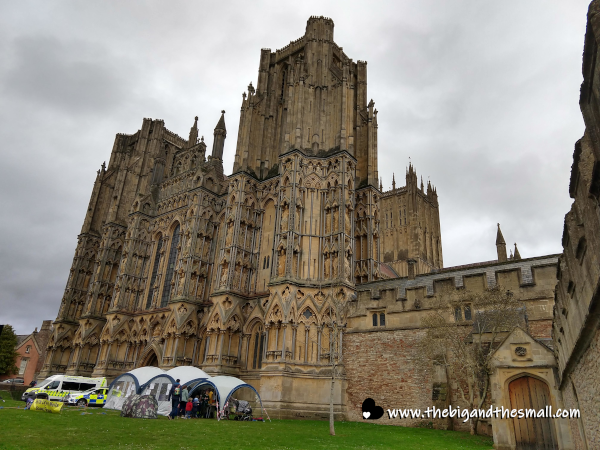 The event we were there to attend was called "Wake Up Wells" Community Day and involved dozens of local community organizations and businesses gathering at the cathedral to share information about what they do. The sanctuary was packed from wall to wall with booths and tables, and it was difficult to walk through it all! Most of it was aimed directly at locals and didn't really apply to us (we can't vote, for example) but it was still really neat to see. We were both impressed with how many people were there and how passionate everyone was - it definitely seemed like a larger turnout that you should get in a small town city. I didn't grab a picture of it because I try not to show random people's faces, so enjoy a picture of the gorgeous ceiling above the crowd instead. 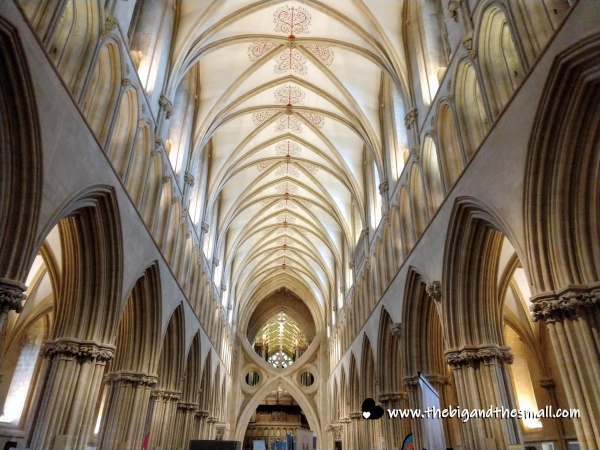 Away from the event we were able to explore more of the cathedral and came across some really beautiful spots such as this side chapel with a large stained glass window. 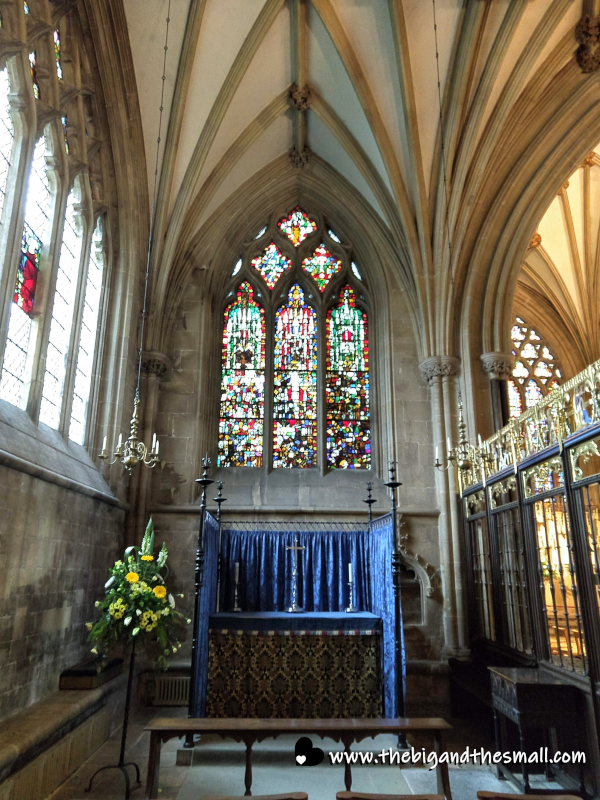 I was really moved by one of the other side chapels that was specifically set aside for "prayer and reflection on issues of justice and peace." 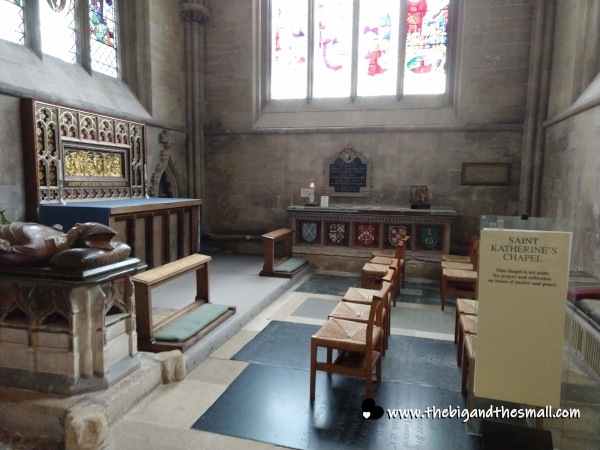 After thoroughly exploring the cathedral, we decided to head over and check out the Bishop's Palace next door. It is literally a palace that was built for the Bishop of the church in the area. There are 14 acres of grounds surrounding the palace, on which are the three actual wells for which the town city was named. The weather was getting kind of yucky (cloudy and about to rain) but the buildings were still amazing to see. 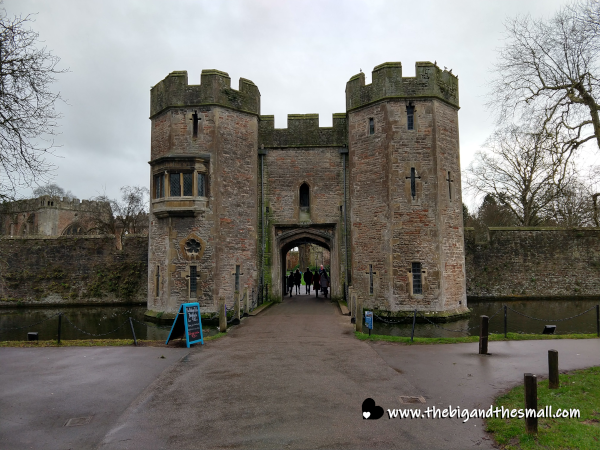 The palace is surrounded by a moat - how cool is that? Even cooler? A Bishop still lives here. That's right, a Bishop for the Church of England still lives in this amazing old palace that was built in 1210. I'm sure they have modernized it a bit since then. Can you imagine living somewhere that is also a tourist attraction? I can't decide if I would love it or hate it. 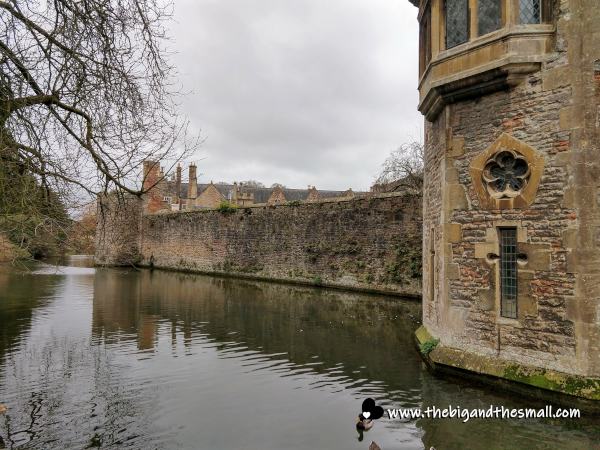 Regardless of whether or not I'd want a bunch of people always wandering around on my lawn, there's no denying it's a beautiful place. Even though someone currently lives here, there are parts that are open to the public, including the main center part in the picture below, and the building on the right which is a chapel. It's the building to the left that is currently occupied. Unfortunately, it costs about £8 a person which is over $10 which meant it wasn't in our budget for the day, so we don't have any pictures of the inside. 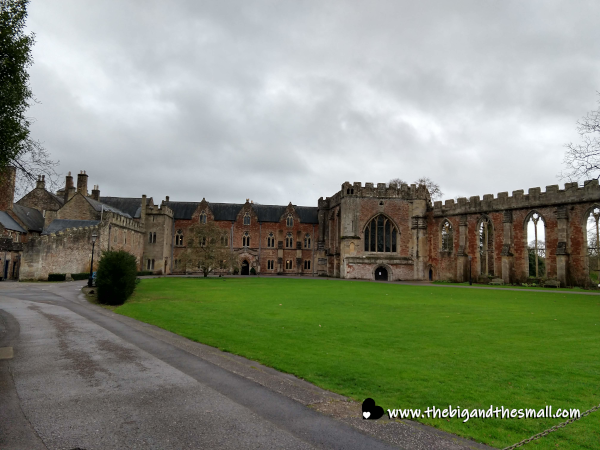 Once we had explored the areas free to the public about the palace, we headed back toward the main street of Wells. For such a small town city the streets were constantly bustling with people while we were there - even once it started to rain! We hopped in and out of charity shops and other local stores for a while, before finally admitting defeat and heading back home in deference to the downpour.

We did end up making one more interesting stop on the way home... but I'll tell you all about that tomorrow! Until then, what do you think of the cathedral and the palace? Would you want to live in an 800-year-old palace that is also a major tourist attraction? Tell me your thoughts!

I think it would be ok but the stairs would get to me.

Being in a small town means you can’t walk out your door without seeing someone you know.

The Cathedral is beautiful.

I bet it is a lot of stairs, I didn't think about that!

Agreed that in such a small town you can't go out without seeing someone you know...here they just might be on your front lawn, lol. Even in Ames, not that small of a place, I usually couldn't go anywhere without seeing a parishioner.

The Cathedral is indeed gorgeous! I'd hate to think about the heating bills though...

Living in a small "city" tourist attraction - no thank you. :) That sounds awful.

Better Make Sure You Have Curtains...

Haha, right? Like a normal parsonage isn't enough of a fishbowl...