Driving for the First Time in a New Country

At our new housesit in Street, England we have access to a car for the first time since leaving the United States last July! Not only do we have access to a car, our hosts specifically asked that we drive it at least once a week. When a car sits unused for a while it can run into some problems, so they want us to take it out so that doesn't happen. 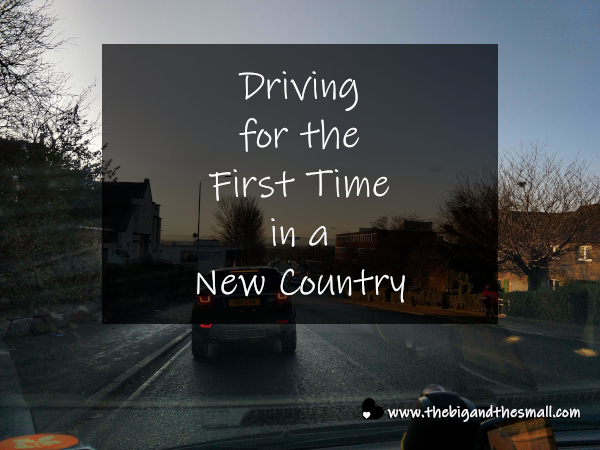 Oh wait, I just remembered that we did rent a car when we were in Paris for six hours, so technically this is the first time we've had access to a car since Paris. Which was still almost six months ago. My point still stands! Also, as scary as driving in Paris was (busy traffic, crazy drivers, poorly marked roundabouts) driving here is even scarier!

THEY DRIVE ON THE LEFT SIDE OF THE ROAD. Aka the wrong side. I know you all know this. But have you ever tried to drive in it? It's a whole different level!

We decided to keep our first trip nice and easy - our goals were a Poundland and then an Asda in a town about 12 miles away. Poundland is like the Dollar Store, and Steve had told us that Asda was like the British version of Target, and we were looking for some random things we found ourselves in need of - it's a very boring list so I'll spare you the details.

I was in charge of getting directions pulled up on my phone, giving said directions to Joel, and assuring him after every turn that he was still on the correct side of the road. (I couldn't say he was on the right side because he was on the left and that would just cause all manner of confusion.)

Joel was in charge of figuring out how to drive a manual car for the first time in a decade where now the stick shift is on the left side of him not the right (which means shifting with his non-dominant hand) and staying on the correct side of the road.

Joel is a very good driver (if a little fast) so we weren't worried about general driving skills, but driving on the wrong side of the road is nerve-wracking! At least it was the middle of the day, sunny, and traffic wasn't too crazy. Though I did a little extra nail-biting every time a lorry (British for semi-truck) was coming at us on the narrow roads. Here's a picture of Joel driving on our way to the stores. 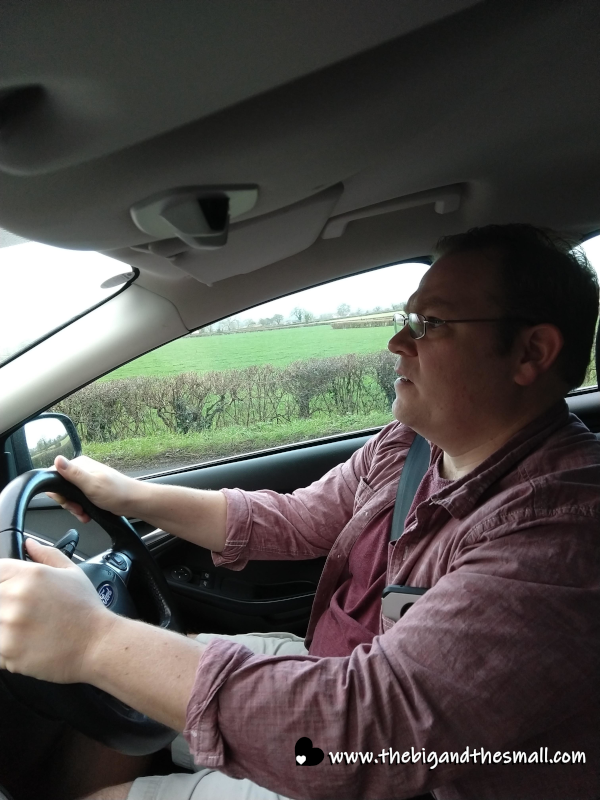 The trip to Poundland was a little scary as it was in a main street shopping district rather than a big shopping center with ample parking like I would have hoped. So towards the end we were dodging pedestrians as well as cars and trying to find a space to park on the side of the street. Luckily we found one pretty easily and once we were stopped, parked, had the parking brake engaged and the car turned off we breathed a collective sigh of relief. 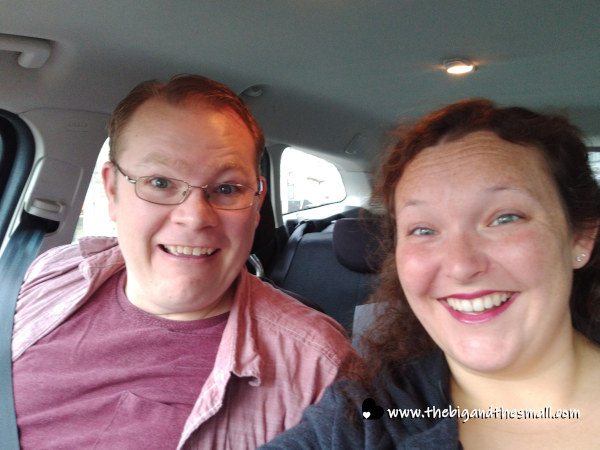 Turns out the extra work to get to Poundland wasn't worth it as they had literally nothing on our list that we wanted. [Side note: isn't that how those stores always work? Go for something specific and it won't be there. Go without a list in mind and you'll end up spending at least 5 bucks on stuff you didn't know you needed. Go figure.] So it was back to the car and on to Asda.

As we walked back to the car we had a conversation about the newfound freedom we felt with having a car. It was so nice to be able to go somewhere without relying on a friend (although we have awesome friends!) or being bound by the tyranny of the bus schedule. We could come and go as we pleased and we haven't been able to do that in a looooong time.

Asda did have a big parking lot so parking was easier, but it turned out to only have about half of the items on our list. Plus, Steve, we decided you were wrong to call it a British Target. It's more like a British Wal-Mart complete with Wal-Mart style people watching such as the two teenage guys wrestling each other near the cash register and some chick flipping out on another dude in the parking lot. It was interesting to say the least.

When we were back in the car and headed home we spotted a Lidl so we decided to swing in there instead of the one closer to home (that we can walk to!). This one was way bigger and actually had two of the things on our list we couldn't find in the other two places! Plus fresh baked chocolate croissants for only 50p! Winning! We did a bigger grocery shop than normal since we wouldn't have to walk home with our goods, then it was back in the car to head home. 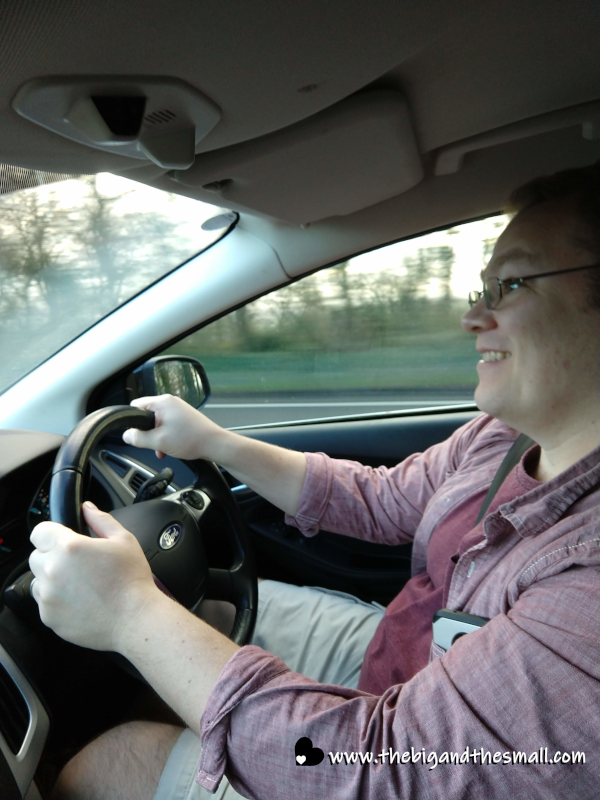 My picture taking ended up making us take a wrong turn (Google maps decided to quit when I switched to camera) and we made a stop for a Wear A Dress Tuesday picture but other than that the drive home was pretty uneventful. We were both very relieved when we finally pulled in the drive with ourselves, and more importantly the car, fully intact.

So that was our first adventure in a British car on British roads all by ourselves. We did it! We plan to make more exciting trips in the future but for now we will bask in the glory of our successful trip running basic adulting errands.

It's the small things, guys.

How about you? Have you ever driven in a foreign country? On the wrong side of the road? What was it like? If you haven't yet, would you ever? I don't think I ever will. Joel is the driver in our family and I am more than happy to let him do this (especially since I've never driven a stick in my life). Tell me all about it!

Did you hit any of the roundabouts while lefty driving? I think that was the most frightening part in my memory of driving in England.

Oh my goodness yes, I'd say about every other intersection is a roundabout!

The scariest one here is in the neighborhood - it's technically a roundabout but almost no one treats it as such - they just drive straight through like it's a four way stop with no stop signs! Eek!