The first day of the new year dawned bright, sunny, and unseasonably warm, a nice change from the clouds and rain that have marked a lot of our time in the UK. This felt like a great sign for what is to come - I am really excited for 2019! 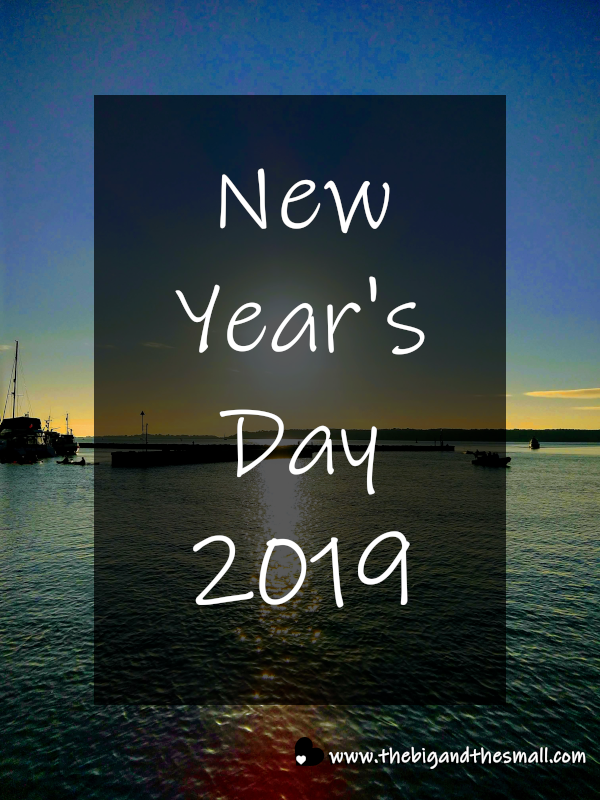 After finally falling asleep around 2am we were up with the alarm at 7 so we could get ready for the day, pack up, and leave our Air BnB spotless before heading out at 9. Steve was taking us to the reason we came to Poole for New Year's - the annual bathtub races! The crowds get big for this silly event so we went early and scored seats right along the water. This turned out to be a dangerous spot - the sailors throw eggs and flour at each other, and sometimes into the crowd! Steve and his friend Marq got hit with a bag of flour about halfway through the race. 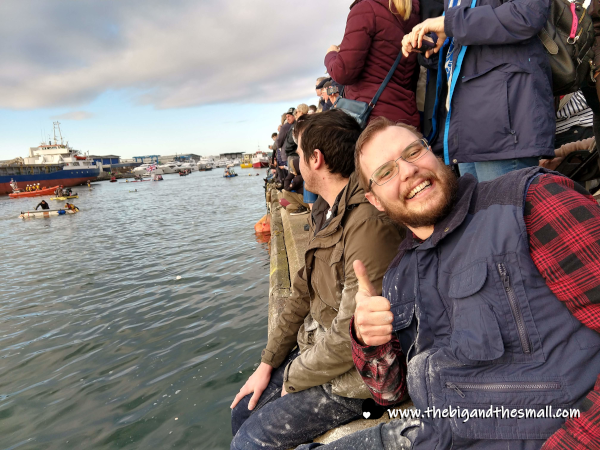 I was just to the left of Steve so I got hit with a small dusting of flour on my black jeans, but thankfully I was spared the worst of it. The bathtub races have been a New Year's Day tradition in Poole for a long time, though Steve didn't actually know anything about the reasons behind this tradition. Apparently it's just a weird local quirk everyone has come to accept without questioning. All the bathtubs start at one end of the harbor and race towards the other, so we made sure to sit near the end. 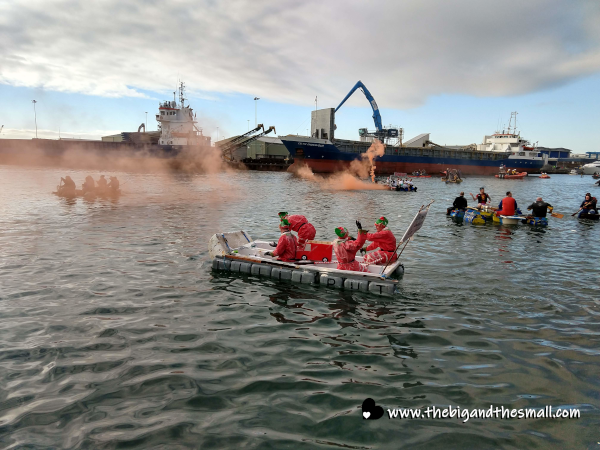 Some of the getups are simple - just a bathtub affixed to floating barrels and enough wood to keep it all together and give the people somewhere to sit. Others are far more elaborate - with contestants dressing up as members of the band ABBA, the royal navy, or elves, and one Brexit themed float had the Union Jack plastered all over it. 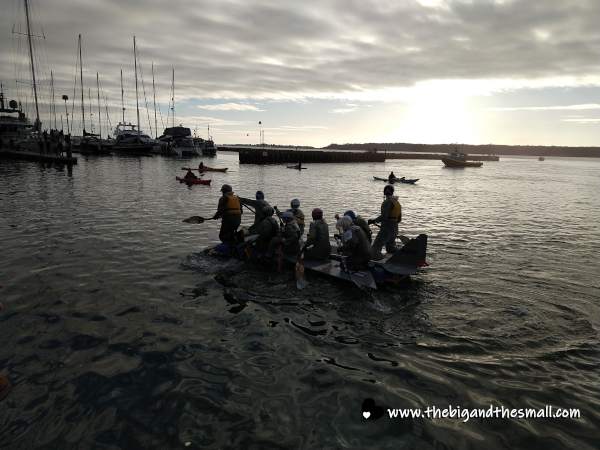 Once the race begins you don't just have to get to the end - you can also make your goal just to sabotage the other floats (thus the flour and eggs). At one point the navy group was charging and destroying anyone who got near them - literally capsizing the boats and dropping the racers into the freezing cold water. It sounds mean but it's all in good fun and is hilarious to watch. 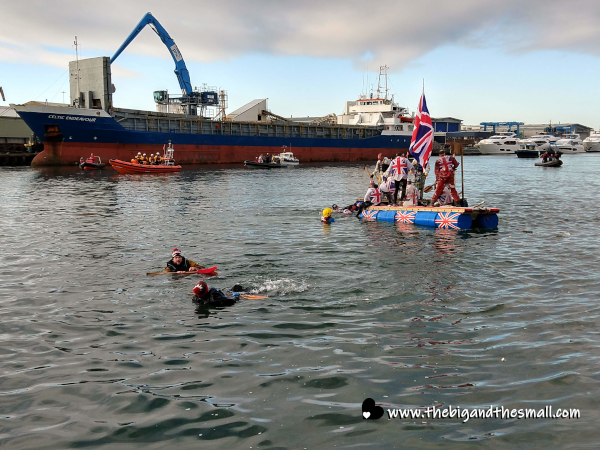 By the time all the floats reached the end near where we were sitting, almost no one was fully intact anymore. Various attacks occurred, with some members of one float boarding and taking over others like pirates. Theoretically the race continues back to the starting point, but this time that didn't happen. All the boats were either destroyed and their people just climbed out of the water onto the dock, or the ones who had survived surrendered and a let a tugboat pull them back to the starting point. 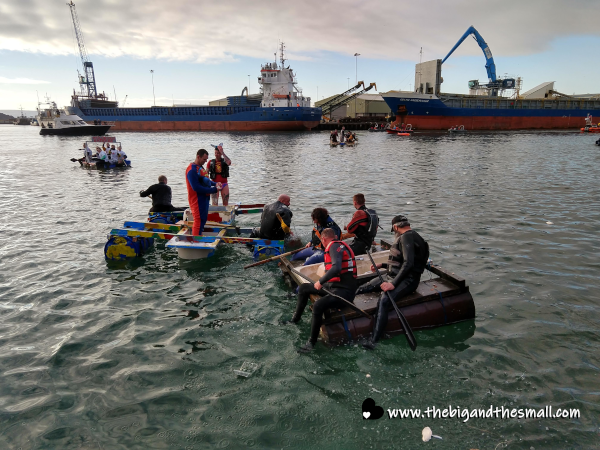 There was no real official ending, and no one was declared the winner, but the navy guys were the winners in my book. There isn't a prize or anything so I'm not entirely sure what motivates people to participate in this event other than it's good fun if you can stand the freezing cold temperatures of the water and an early start the day after New Year's Eve. We made our way out of the crowd and walked over to the High Street (what we in the States would call Main Street) and found a bakery serving up some hot and delicious pasties for cheap (that is not a typo for pastries, they literally call these meat and cheese filled pastries "pasties". Don't ask me why.) We grabbed lunch and walked over to Poole Park to sit on a bench and watch the swans swim while we ate. [Fun fact: Any swan that exists in the UK is technically property of the Queen!] 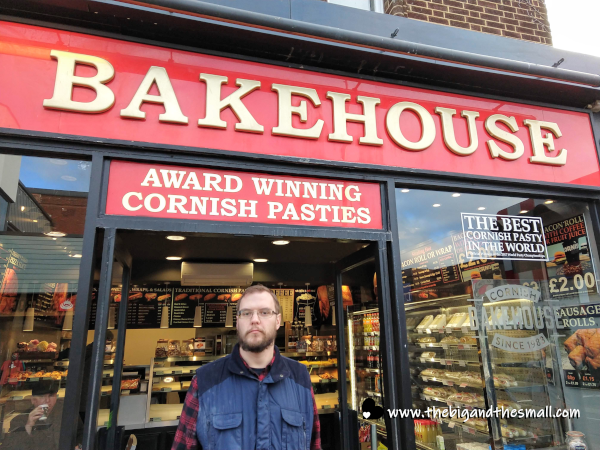 When our bellies were full we wandered around the High Street chatting and ducking into the few shops that were open on the holiday. We ended up at Poundland which is the UK version of the Dollar Store. I always love going to those types of places because you never know what you'll find! This time I ended up scoring some warm thermal gloves and a Harry Potter tote bag! Sure it's thin and crappy and probably won't last me too long, but until then I can show the world my true Hufflepuff colors. 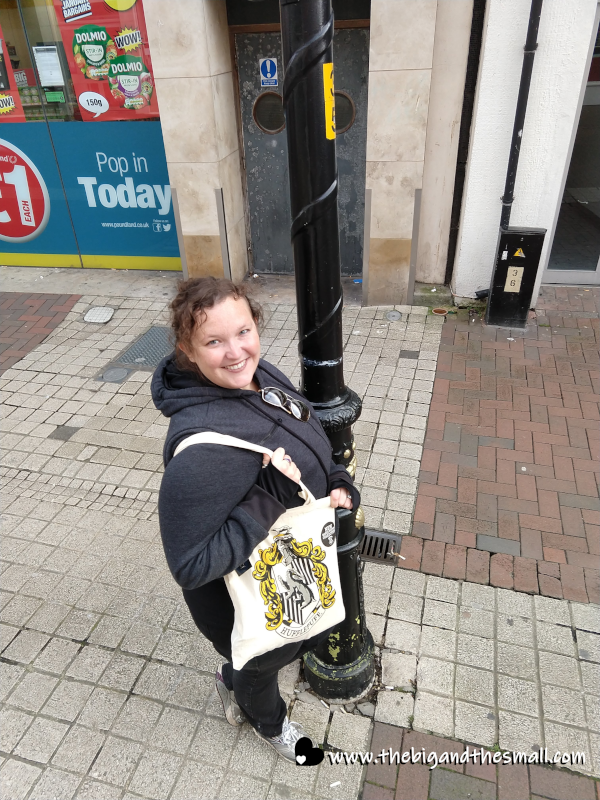 When Marq needed to head home we said our goodbyes and hopped into Steve's car to start heading towards Street and our new home for the next two months. On the way we stopped and met up with his parents for a quick cup of tea. It was fun to finally meet them; his mom said she felt like she already knew us from following along on the blog. It was dark when we made it to Street but we found the right house and met our new hosts, Carol and Neville. They were incredibly welcoming and we did not go hungry - for dinner they served a roast chicken with potatoes, carrots, green beans, Brussels sprouts and gravy, and when we were stuffed full told us they hoped we saved room for the cheese plate! 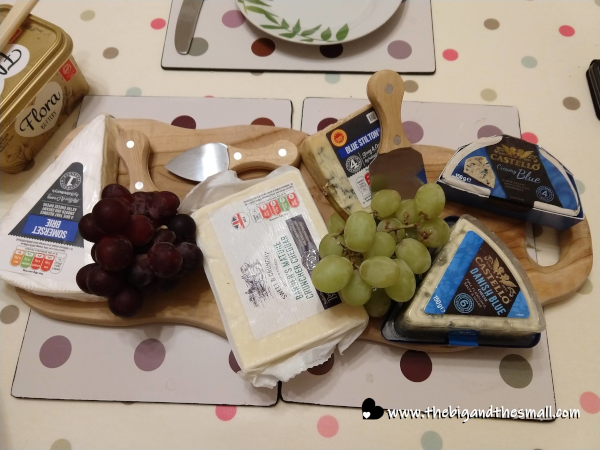 I had, in fact, not saved room, but I managed to make some anyway. (Worth it!) If you ever decide to try housesitting yourselves, be sure to put some thought into the username you choose for the website. We made ours "WeLoveCheeseNTravel" which turned out to be genius because now everyone we meet knows we love cheese, and either has some ready for us or makes sure to point out the best place to get some in their area.

Next week I'll start sharing more about our new housesit and how we are dealing with 2 golden retrievers and 6 persian cats! Today is our first official day alone with them so it remains to be seen...