We are currently in Street, England getting settled in to our new housesit (2 months - 2 dogs - 6 cats!) but let's take this post to rewind it back to New Year's Eve that we spent in Poole, England. 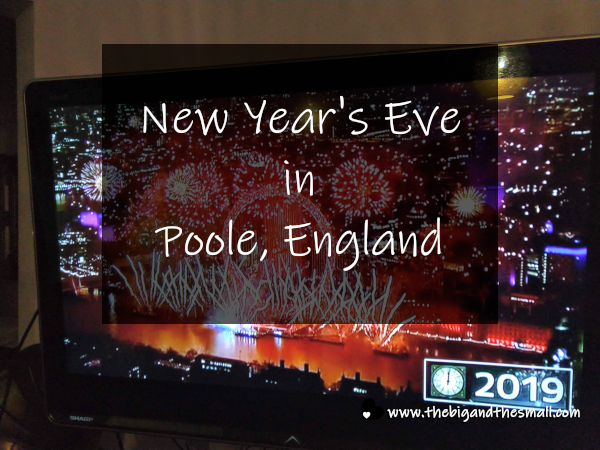 Oh wait, let's rewind it back one more day to the 30th. On that day we ended our housesit in Cornwall, leaving behind two very sweet pups that I miss already. (Our two new ones are also great, but aren't cuddlers like the last one!) We hopped on a bus and rode for 4 hours to get to Poole where we met up again with Steve, our travel buddy from our epic road trip through the UK. We checked into an Air BnB for the next two nights, then went out to check out a Christmas tree display! 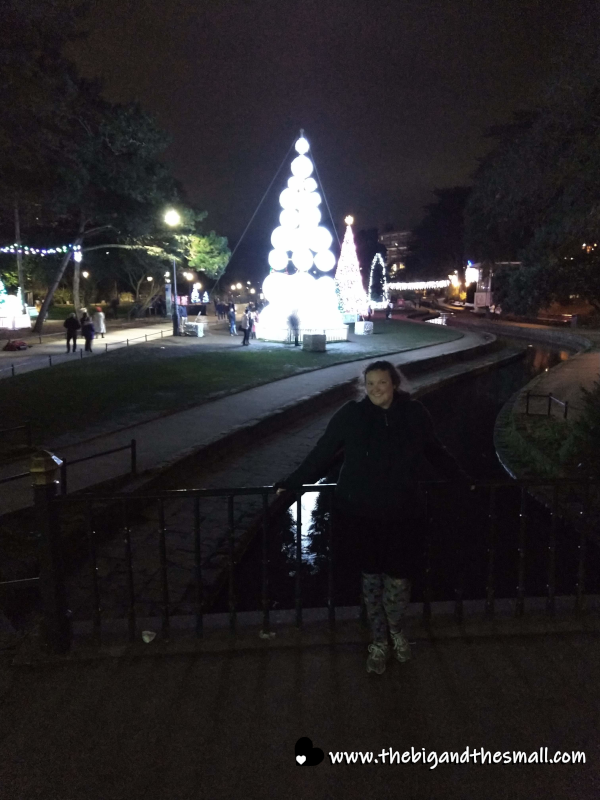 One things I've loved discovering about the UK is that they properly celebrate the 12 days of Christmas. In the States I don't think most people realize that the 12 days of Christmas actually start on Christmas Day, which means it goes through January 6th. Here that means decorations are still up and music is still played, as Christmas ain't over yet! I'm all for extending this season of joy and light, so I was super excited to check out the big Christmas display in Bournemouth (which neighbors Poole). 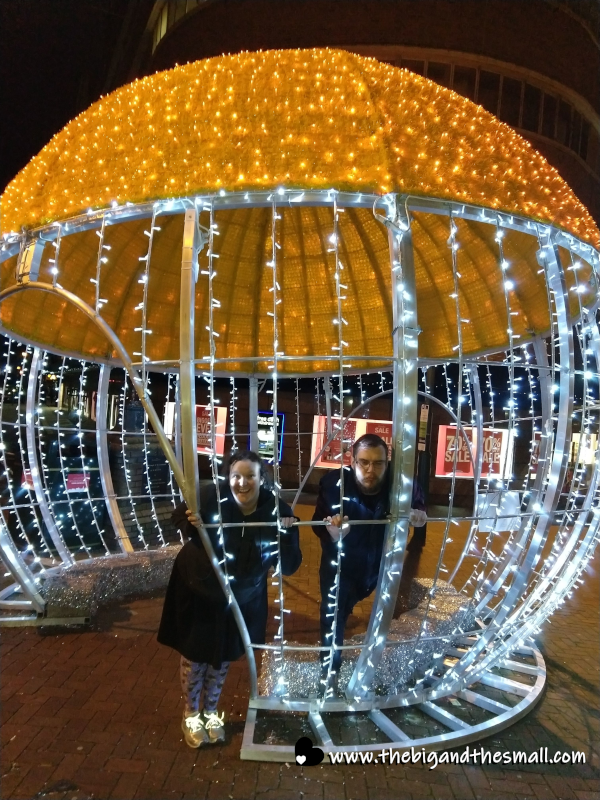 The lights were gorgeous but it was darn near impossible to catch any good pictures on my phone. One of the giant light up trees had a tunnel carved out so you could walk through it, and then later in the night it suddenly came to life with music and flashing lights that danced along with the music! I was all about that, of course. Perhaps my favorite part of the night was when we wandered into a special area set up for the kiddos and found them pumping fake snow into the air! I didn't get the white Christmas I wanted, but playing in fake snow (that was really just bubbles) kind of made up for it. 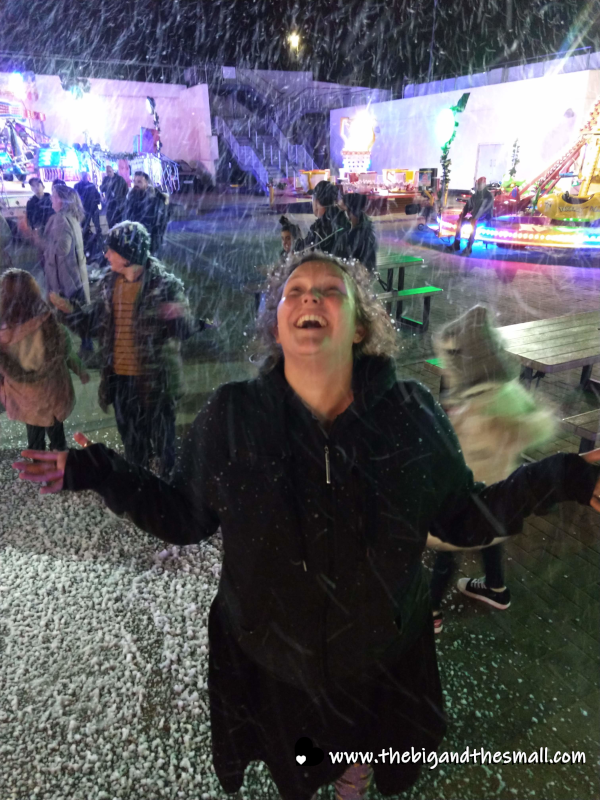 After wandering around for a few hours we headed home to get some sleep. On the 31st we slept in really late, knowing that we wanted to make it to midnight to ring in the new year. Ever since I hit my thirties I find it harder and harder to stay up that late so the extra sleep helped. [Fun side note: Steve calls sleeping in "having a lie in"] During the day Steve and I went to the local Christian retreat center to have a cup of tea with some old friends of his, and then we overspent on hor d'oeuvres at the grocery store when we made the mistake of going in hungry. Then it was time to start celebrating New Year's Eve! 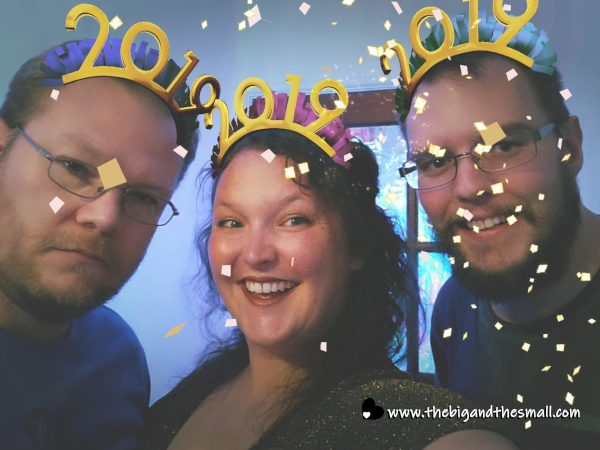 I was super excited that Facebook had this awesome filter available for the night. The last three years I've had a tradition of wearing a headband with the numbers of the new year on it, throwing confetti, and doing a little photo shoot. I looked everywhere in the UK (yes even Amazon!) and could not find one this year, so I put the call out to friends back home to see if someone could send me one. An old friend from middle school came through and sent one, and it even arrived on New Year's Eve! Unfortunately it arrived at our last address in Cornwall, so I wasn't there anymore. I'll get it soon and do a late photo shoot, but until then we had some fun with filters. This pic is my favorite because it looks like Joel got hit in the face with fireworks. 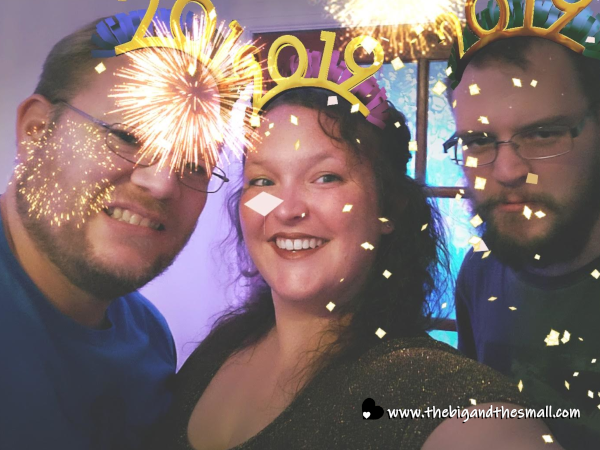 Our night wasn't too overly exciting since we stayed at the Air BnB to celebrate. We decided not to go out because (just like in the States) A. everything is overcrowded on New Year's Eve and B. everything is overpriced on New Year's Eve. Around 6:00 we decided to watch the new movie that is all the rage on Netflix - Bandersnatch. It is a "choose your own adventure" type story where you get to make decisions for the main character and then the story changes based on what you choose. We spent hours trying to go through all the options so we could see all the different endings and before we knew it 5 hours had passed! We quickly turned on the BBC to watch the NYE countdowns and then suddenly it was 2019! The fireworks coming out of London were extremely epic - the best I have ever seen. 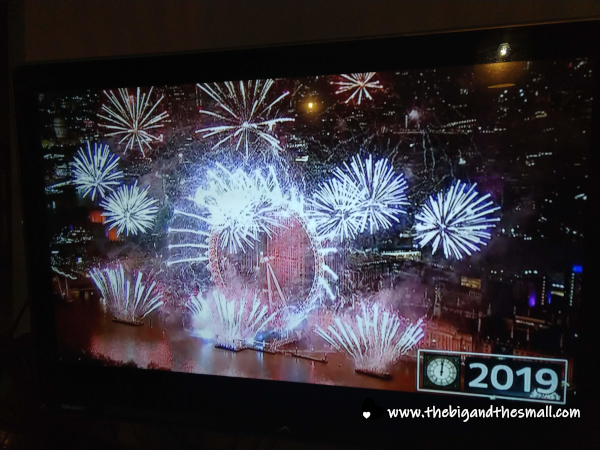 A few neighbors set off some fireworks randomly so we got a show closer to home as well. We toasted to the new year with two teeny tiny bottles of champagne, popped some Christmas crackers so we had crowns to wear, and sang Auld Lang Syne (as best we could without really knowing any of the lyrics). 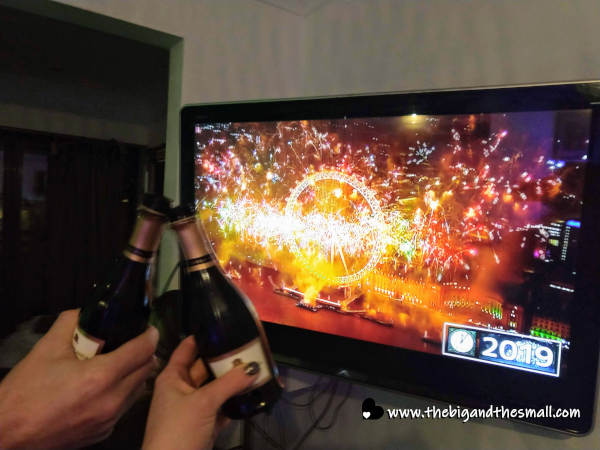 Then Steve made us do what he claimed was a British tradition called "first footing". While the tradition of "first foot" is a real thing in Scotland and northern England, Steve pulled our leg a bit as to what it really meant. You can read about the real tradition here, but this is what Steve made us do: He sent Joel outside, then made him come back in with a loaf of bread (so we would always have something to eat in the new year), a bottle of champagne (so we never go thirsty), and a pound coin (to bring us wealth in the new year). Then he told Joel to present the gifts to the love of his life who would have to consume said gifts in one sitting (well, excluding the coin). Joel tried to be funny by giving Steve the gifts instead of me, and Steve was cracking up the whole time which should have been our first clue that at least some of this was a load of bollocks. It was a bit of a mess but hopefully it brings us some good luck anyway. 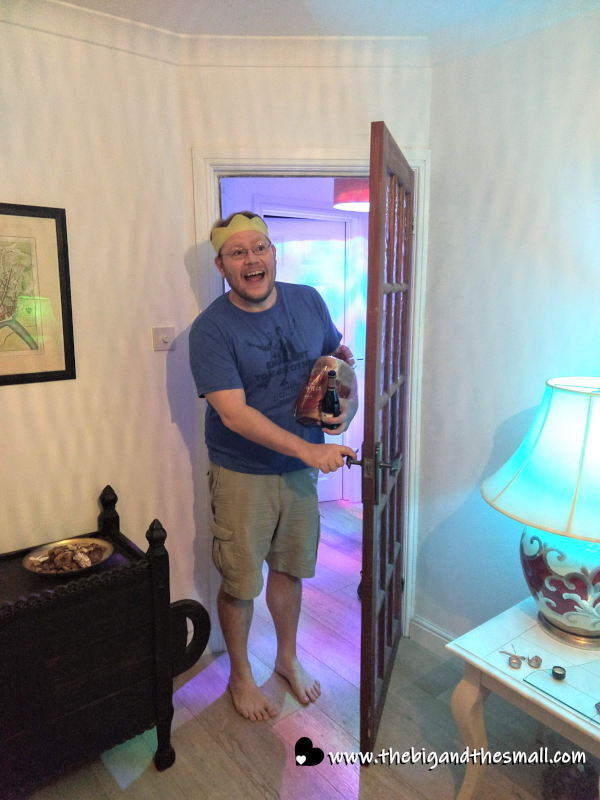 Around 1AM we decided to call it a night (a day?) and go to bed since we had to be up and out of the house by 9am on New Year's Day to catch the bathtub races down at the harbor. Did I just say bathtub races? Yes I did! Come back for tomorrow's post to learn what that's all about!

I hope everyone had a safe and happy New Year's Eve and you are busy getting the new year off to a good start!