UK Road Trip Day 15: The End of the Road

Day 15 was the final official day of our road trip across the UK and mostly consisted of a 7 hour drive from north England back to Swansea, Wales. But if you've learned anything about the three of us on this trip you know that we managed to have some fun along the way! 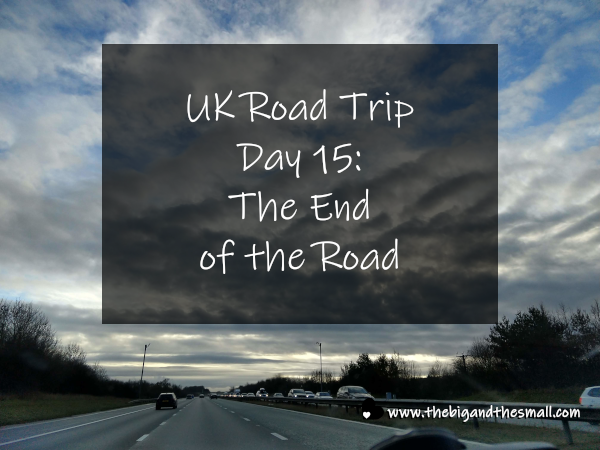 For the first time on the whole trip we managed to hit the road before we planned to, leaving at about 9:30 instead of 10:00. We spent a little while on the road and then Steve pulled over to show us the "Angel of the North." 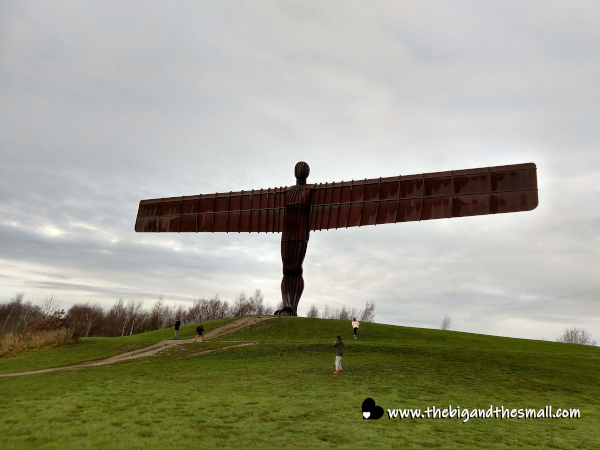 This statue is 66 feet tall with a wingspan of 177 feet. It's hard to convey in photos just how massive this statue is in person. This should give you some idea - the body weighs 100 tons, and each wing weighs another 50 tons. Each. For a total of 200 tons. Part of why it is so heavy is that it was built to withstand winds of over 100 miles per hour.

We, of course, couldn't resist posing with the statue, so brace yourselves for an excessive amount of photos. First up Steve and me with the angel. 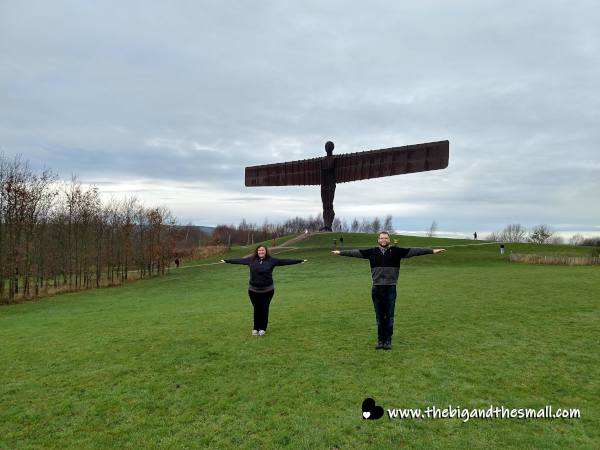 Then I captured Steve and Joel with the angel. 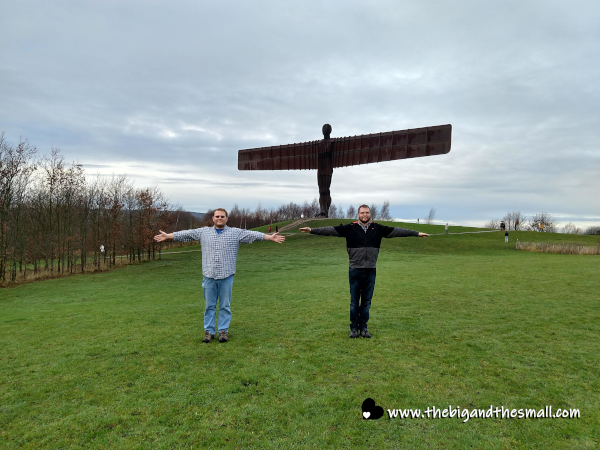 Then we had to go for the trifecta and get Joel and me. 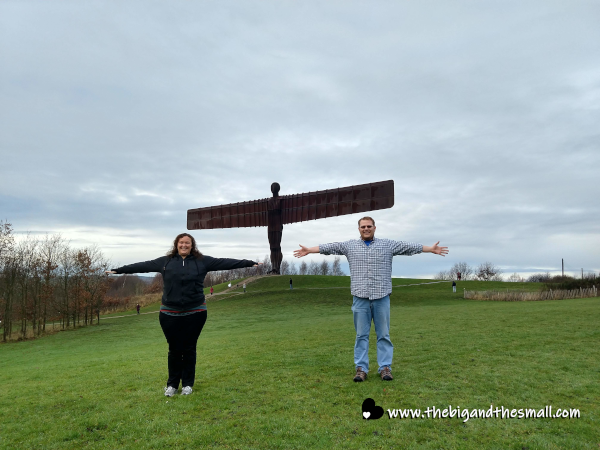 Which meant that Steve had our camera and couldn't resist taking a selfie and he knows by now those will always go on the blog. 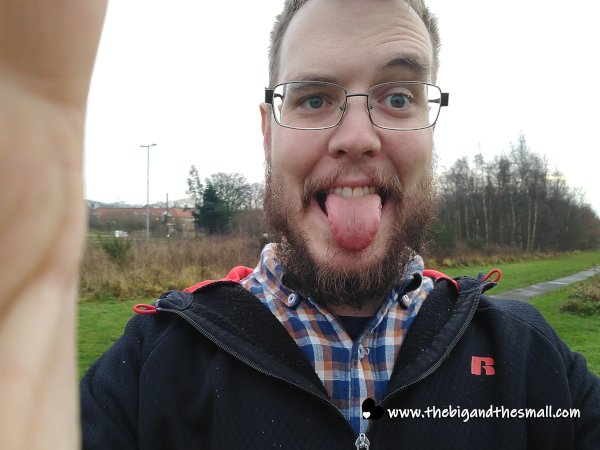 After admiring the statue we made our way back to the car and got back on the road. By this time we were all getting hungry and so began the great road trip debate of where to eat. Steve had been craving a burger from a "burger van" (aka food truck) the entirety of the trip and today was his last chance to get one. We passed several places he thought there would be a van with no luck. We debated going to a fish and chips shop or a place in Steve's home town that serves amazing calzones but none of those places were open until 5pm. Steve and I were hotly debating the merits of a shop not opening for lunch time when we almost passed a burger van on the side of the road without seeing it. Thankfully Joel spotted it and we stopped just in time! 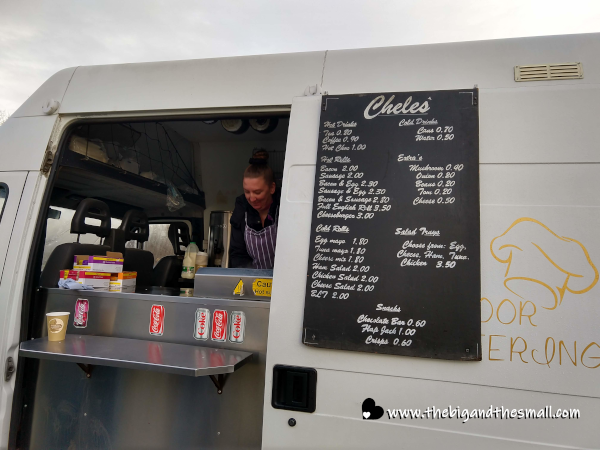 Well it was indeed a burger van but ironically they were out of burgers. Le sigh. So close and yet so far. We were hungry enough to eat here anyway and boy am I glad we did. Everything we got was delicious. Joel got a sausage roll with German curry sauce and a BLT made with British bacon (not as good as our bacon, but still good). Steve and I both ordered the "Full English" roll, which was most of a full English breakfast on a tasty bread roll - sausage, bacon, black pudding, egg, sauteed mushrooms with some sort of amazing spice, and on the side, a chili sauce. 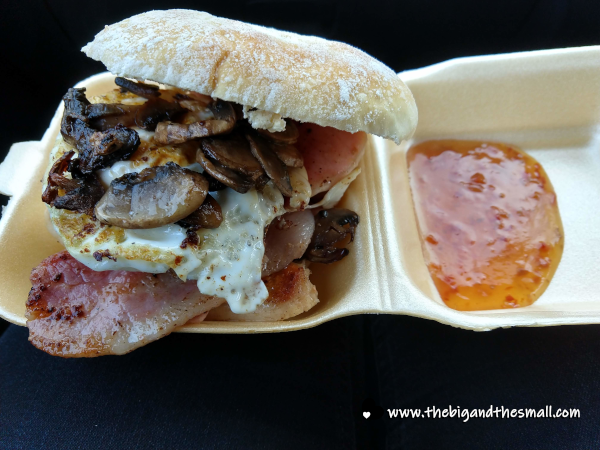 My mouth is watering just thinking about this sandwich again, it was so good! Even the black pudding was good as a part of the sandwich, which was impressive considering I did not care for it the last time I had black pudding. From there the rest of the day was spent in the car chatting, napping and playing games (Joel on his phone, me trying to pronounce British town names with Steve correcting me). When we finally made it home we decided to have a British delicacy for dinner - beans on toast! 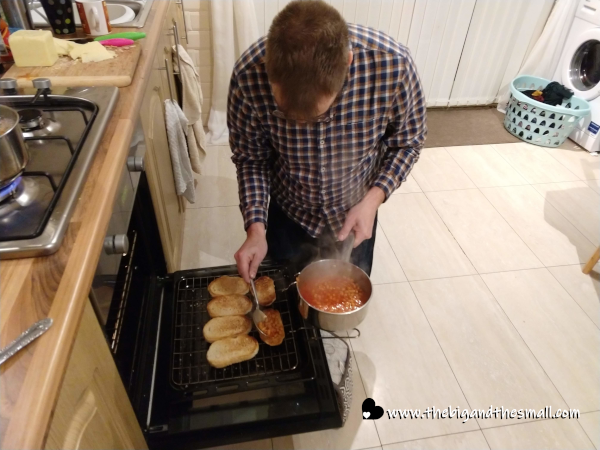 British people seem to be mildly obsessed with beans, eating them with almost everything, and Steve insists they count as a vegetable. For this dinner he toasted bread, put on the beans, and then some sliced cheddar, then melted it all under the broiler. It sounds odd and I forgot to take a picture of the final product but it was actually pretty good! I'd eat it again, and it's certainly an inexpensive meal.

Thus ended our road trip. It was an amazing 15 days and it went by so fast! We really feel like God brought us together with Steve for a reason, and after this trip I have a feeling the three of us will absolutely be friends for life. I hope you enjoyed hearing all about our trip and maybe got some ideas for places to go if you ever visit the UK!