Day 12 was rainy and cold so instead of our planned excursion to Newcastle we decided to stay closer to home. Joel took that literally by staying at the Air BnB to get some work done while Steve and I ventured out to a historical site in the area. 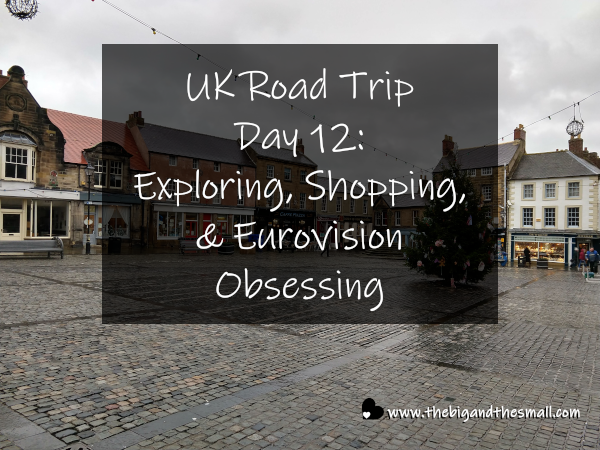 We were staying just outside of the town of Alnwick (pronounced "Annick" for some weird British reason), which is where Alnwick Castle is - the second largest inhabited castle in England and a place where they filmed some scenes for Harry Potter! Alas, the castle was closed for the season so we didn't get to go there. (Cue me crying/dying a little inside). Instead we went to Cragside - a home built by a Victorian inventor and innovator, and the first home in the world to be lit by hydroelectricity! 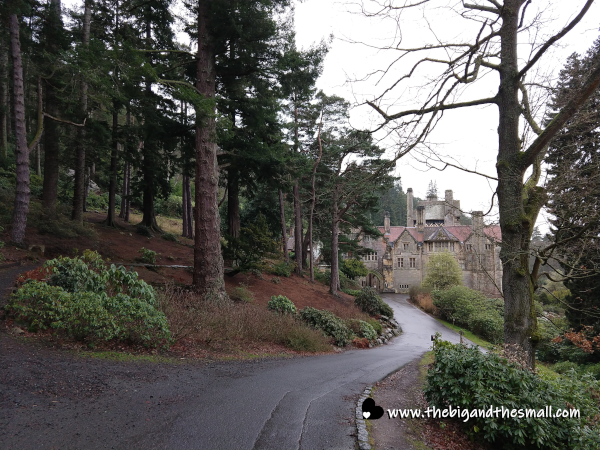 In what seemed to be a theme at the end of our trip the house was, whomp-whomp, closed. It does open on weekends this time of year but this was a Tuesday so we were out of luck. The extra signs around boasting the Christmas decorations really rubbed salt in the wound but we were able to drive around the property which is also kind of a big deal. The owner was also a landscape artist and did a lot of work to the grounds. Plus you get to start by driving through the courtyard of the house! 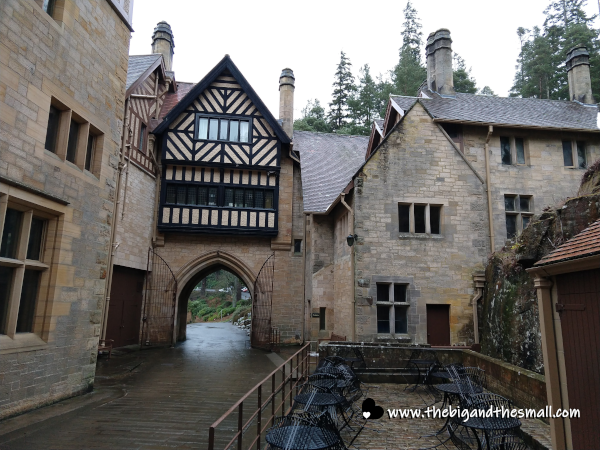 The road goes in one big (but narrow) loop around the house so we drove along, stopping occasionally for anything that caught our interest. First up was a little waterfall! The pamphlet we were given at the front gate said that the owner had modeled the landscaping after the Himalayas, but we weren't really seeing much of that vibe. We decided it really looked more like a national park in central Tennesee. 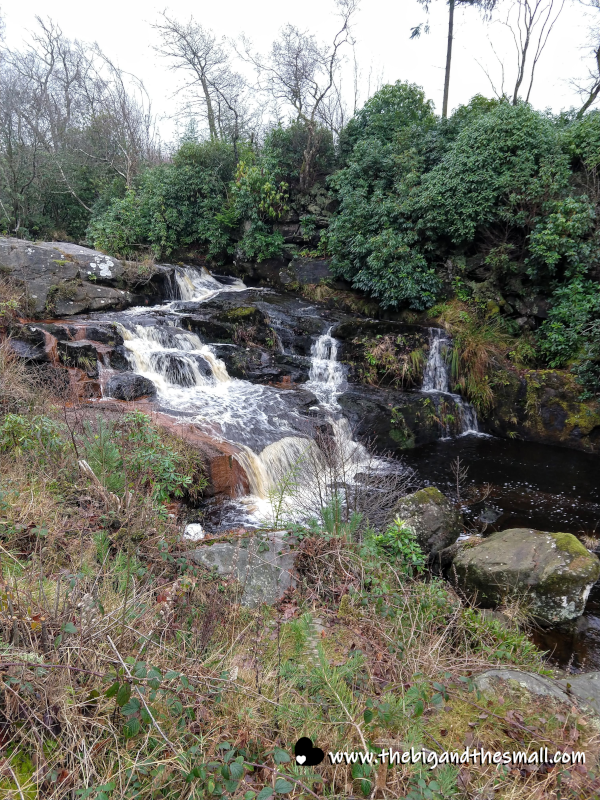 We came across a boathouse that looked interesting enough to explore. 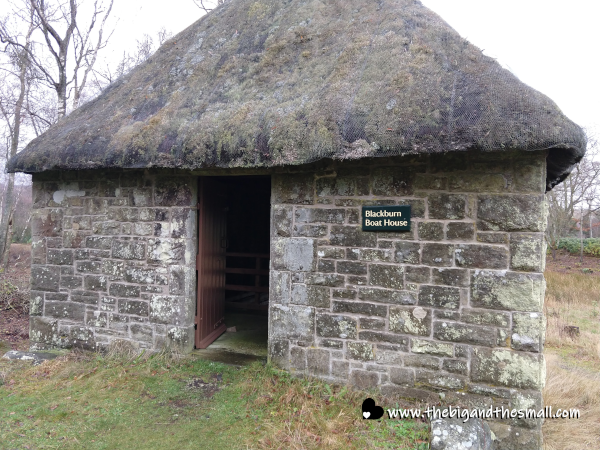 It turned out to be a boathouse with a boat, but no water. The map informed us a lake had been there at some point but it had been drained - no explanation as to why the lake was drained or why a boathouse and boat were still sitting here, waiting. 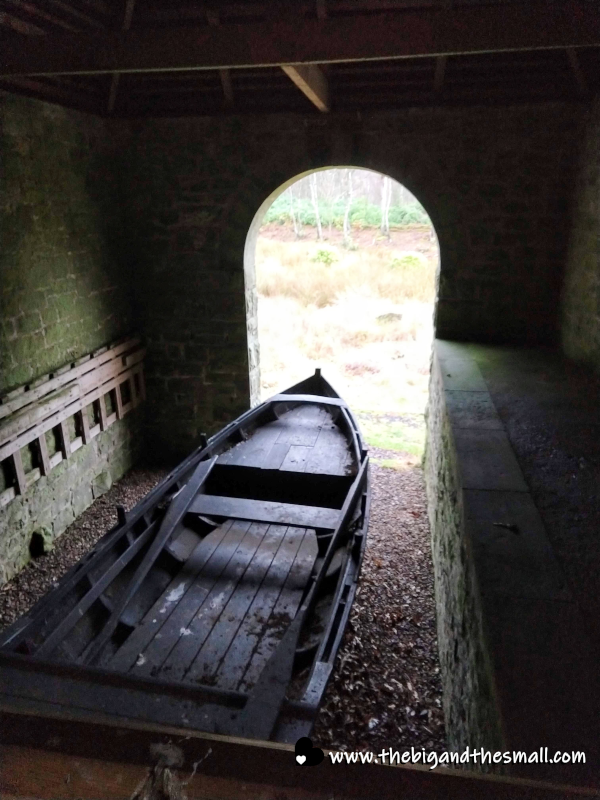 I was super excited to discover on the map that there was a labyrinth! I love walking labyrinths as a spiritual practice and an outdoor one sounded amazing. The entrance to it was pretty cool... 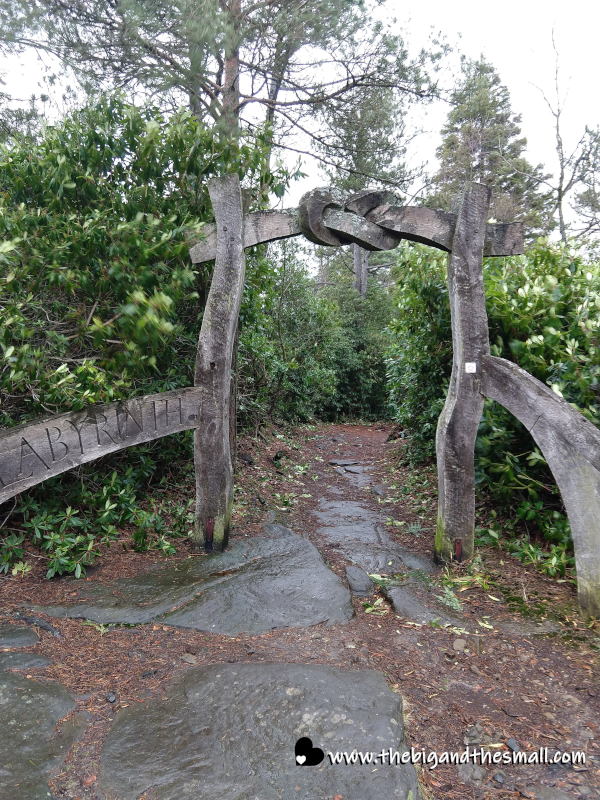 And there were some neat things inside like our new wizard friend... 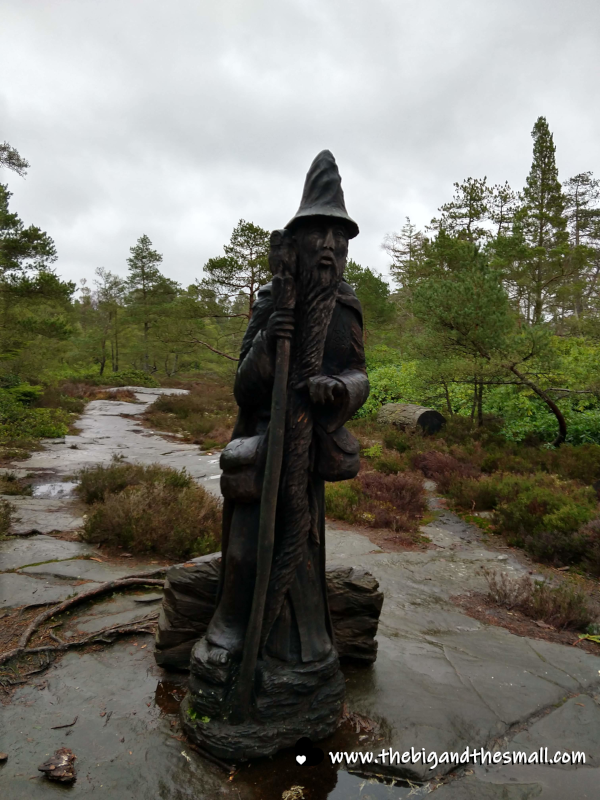 And a throne where Steve got to pretend to be royal. 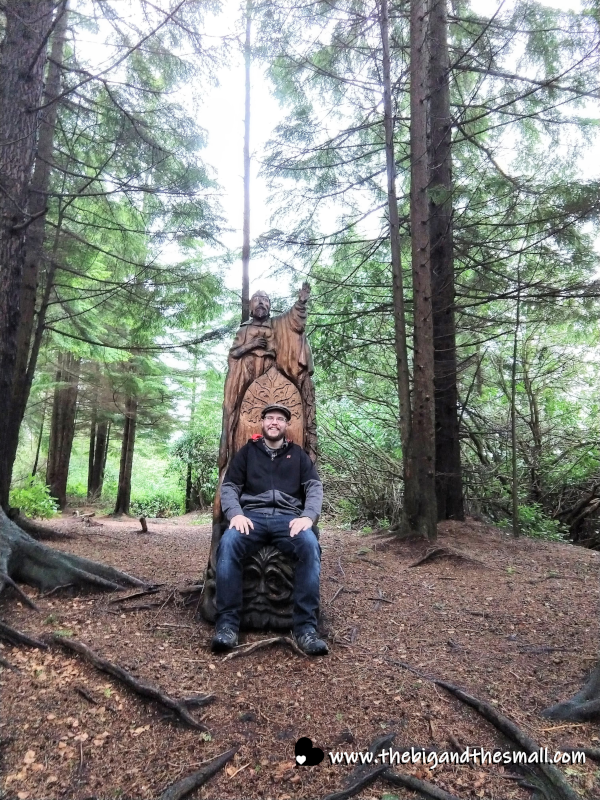 We kept walking deeper into the forest as I was hoping to find what I think of as an labyrinth - a kind of maze with only one entrance and one exit that takes you to the center of the circle and then back out. In my experience of a spiritual labyrinth you actually don't have to think about where to go, so you are freed up to meditate or pray as you walk. Turns out this one was a labyrinth just in the "maze" sense. It kept wandering through the woods, revealing different statues and places to sit. It was neat, but not exactly what I was expecting. By the time we figured this out we hit some areas with snow that were extra "squodgy" as Steve put it so we decided it was time to return to the car. 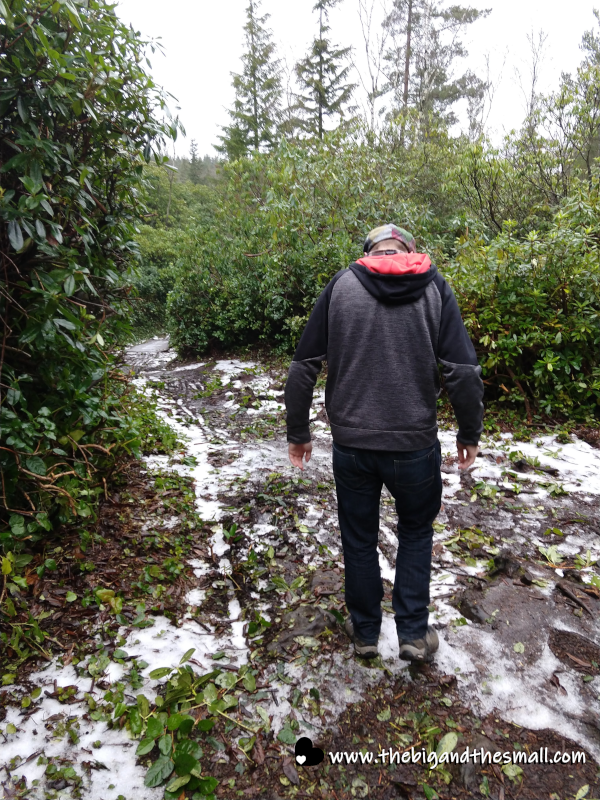 One small portion of the house had been turned into a cafe and that part was open, so we stopped in for a "cuppa" (cup of tea/coffee) and jokingly tried to bribe the guy to let us into the rest of the house. (Spoiler alert: it didn't work). After warming up with some hot drinks we headed back into town to do some grocery shopping and charity shop shopping. I found a pair of back jeans for £4 and a hot pink hat with a pom pom for only £3, I was really excited! 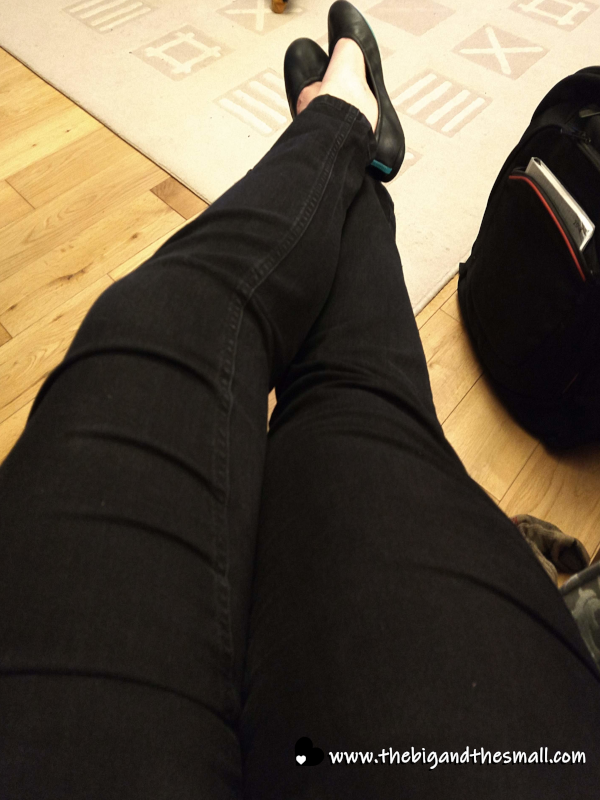 After that we headed back to the Air BnB to hang out with Joel and let Steve continue introducing us to one of his hobbies/obsessions - Eurovision! American friends I am so curious, have any of you ever heard of the Eurovision Song Contest? Neither Joel or I had and it is a big deal over here!

Eurovision is an international song contest that has been happening every year since 1956 and has launched artists like ABBA and Celine Dion. Over 50 countries are eligible to compete and the contest becomes a battle of not only music and artistic ability but political statements and various international entanglements. I called it the Olympics of music and Steve said it's been called that before!

If you want to learn more about Eurovision click here for the wikipedia entry, or keep following the blog because Joel and I fell in love with it and will be talking about it for sure! We probably won't get quite as into it as Steve does; he follows all the different countries' national finals as they compete amongst themselves to determine which song/artist to send each year, but we will be listening to the songs and watching the finals next May. The winner of each year hosts the finals the next year, so 2019 will be in Tel Aviv, Israel. (Click here to listen to Israel's winning song for 2018 - it's weird but also awesome).

We literally spent every night at this stop watching various years of Eurovision so consider us officially obsessed. Can't wait to see what 2019 brings! Until then enjoy this photo of us watching Eurovision on TV (Steve has many, many years on his computer for us to enjoy) and basking in the lights of the Christmas tree in our Air BnB! 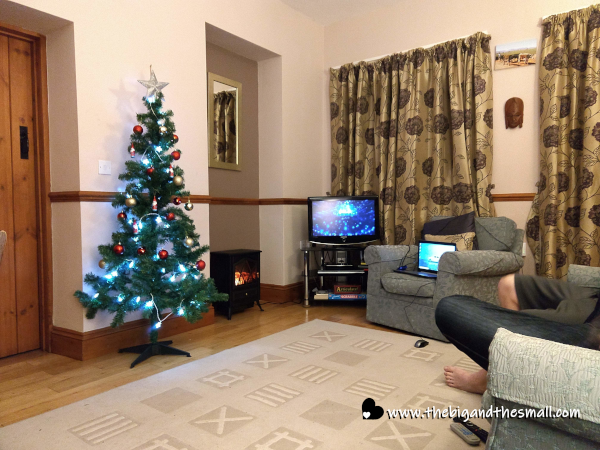 Tomorrow I'll share all about our trip into Newcastle, England to see one of Steve's friends/fellow Eurovision enthusiast!