By day 7 I was tired and feeling the need to catch up on some blog related things I'd been neglecting. I slept in until almost 10:30 and then finally got set up at the computer for the day around 11. Since my day of typing away at the computer was pretty boring, I asked Steve to write a guest post about the trip he and Joel took to an abandoned castle! I did make it out to dinner with them that night for a curry, but I thought I'd let Steve share about that, too. My review of the food would be simply "there was a lot of it, it was super delicious, the end." So without further ado, I'll hand you over to Steve! 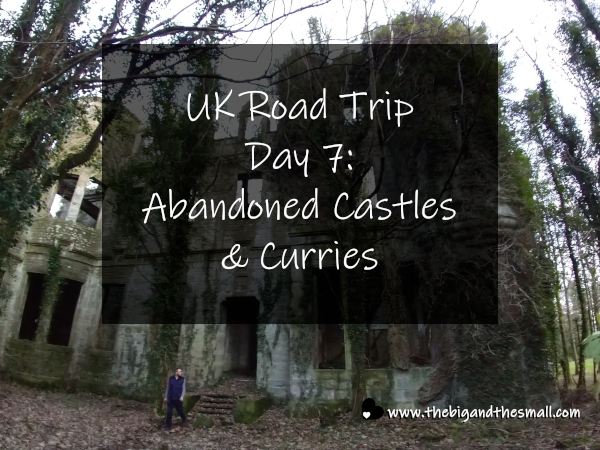 Day seven had arrived along with a wave of tiredness. Long days of driving on narrow roads and early starts had caught up and today I felt that my spirit animal was a sloth. I think Joel & Bethany shared my feelings as it was late in the morning when we had all surfaced bleary eyed nursing hot coffee. Feeling the need for at least a few hours fresh air I picked a local sight to explore during the afternoon, an abandoned castle hidden in the nearby woods. Bethany wasn’t won over by the idea of scrambling through woodland to see a precarious pile of masonry however Joel did decide to accompany me on this adventure. 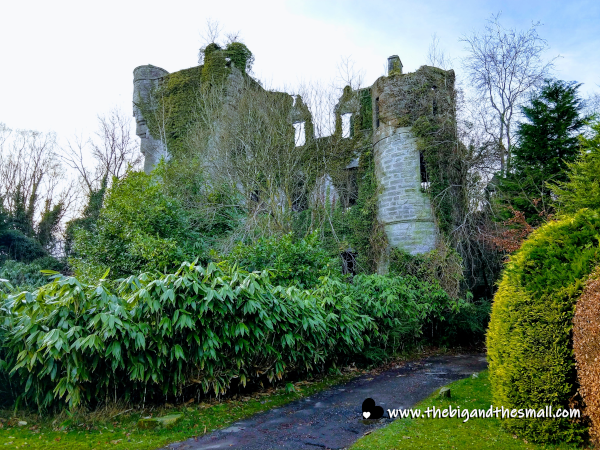 The castle is the seat of Clan Graham but was used as a military hospital during WWII. Amongst its patients was Rudolph Heß, deputy führer to Adolph Hitler after he was captured in Scotland. The castle fell to ruins in the 1950s, nature slowly reclaiming the structure. 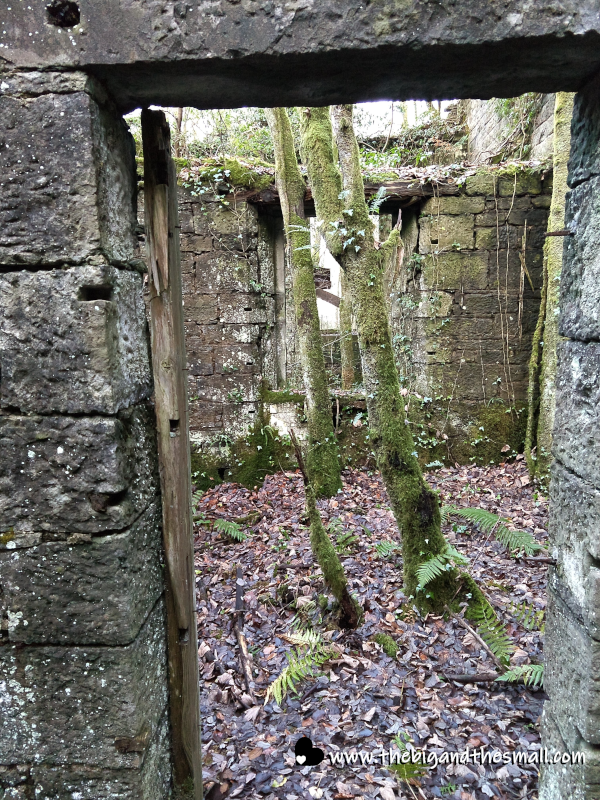 Approaching the castle the road suddenly deteriorated into a rutted mud track with no turning places, my poor car wasn’t impressed, Joel’s face looked even less impressed despite my protests that this was totally fine. Luckily it did turn out fine; the track spat us out at an unexpected modern housing development surrounding the castle. The turreted castle could be seen peeking out above a dense thicket of woodland. A short walk revealed a way in and we were soon looking up at the towering ruins. Access to ruins like this in Scotland is covered by freedom to roam laws which allow ‘responsible’ visits so as long as you don’t damage anything then you are free to explore. 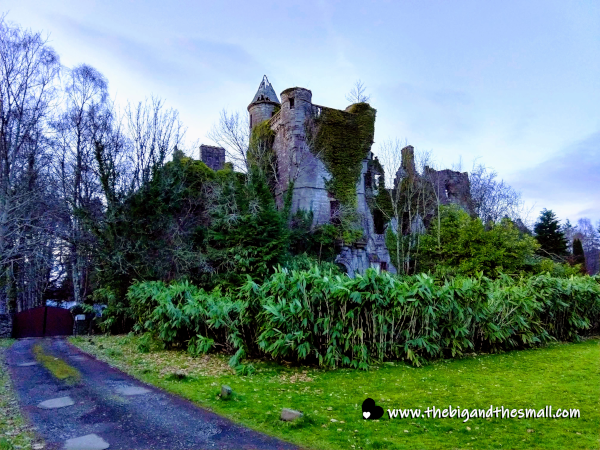 The castle had long since lost its room and the upper floors had all fallen leaving the maze of rooms and corridors open to the elements. Trees and vines had taken over the towering voids left where floors and stairwells should have been. As we gingerly picked through the ruins it felt like we’d stumbled upon a long lost village hidden in the jungle. 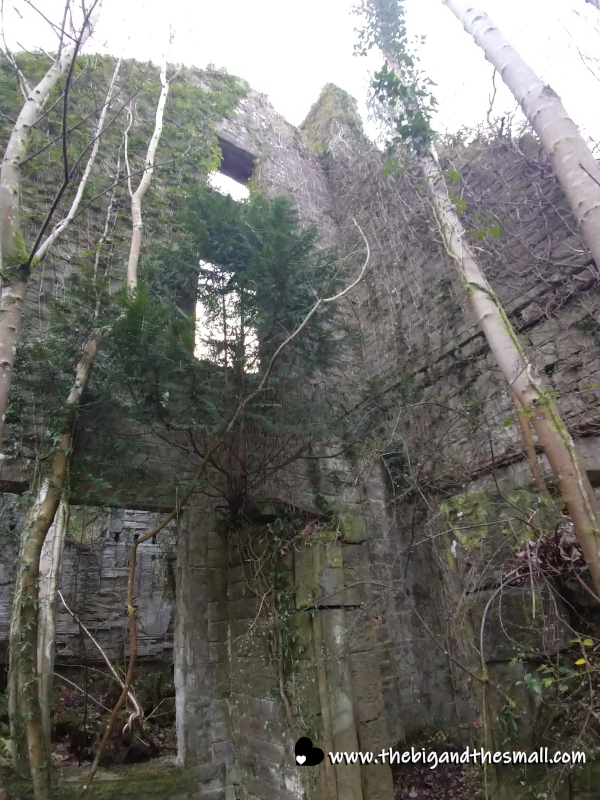 It was hard to believe that it had been occupied as recently as 60 years previously. The occasional remnant of ornate plasterwork, a fireplace suspended two floors above us or a shard of carved panelling revealed the castles former grandeur. 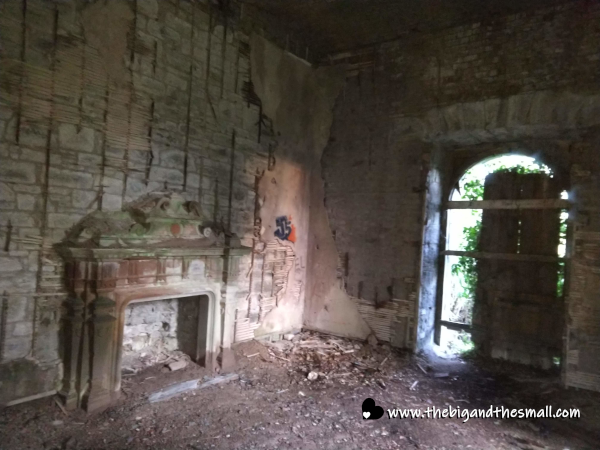 Under the main structure a series of stairwells and arches led us into the basement where old store rooms, wine cellars and a bunker shielded by blast walls still stood strong. There was very little left in these rooms other than, strangely, a room full of broken toilets. 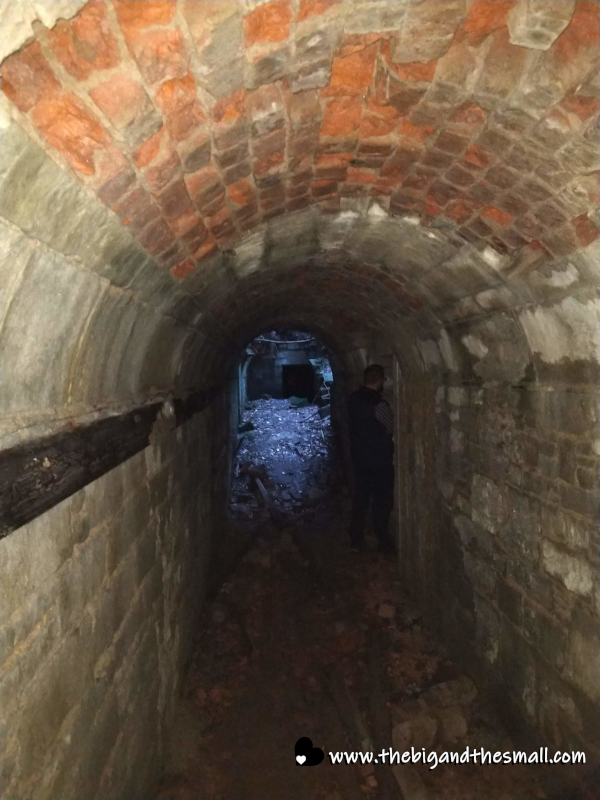 The central stairwell appeared intact aside from a few missing steps, it would have been tempting to have leapt the gap Indiana Jones style however I figured that accidentally sending us plummeting back into the basement may not have been the best outcome to the day. 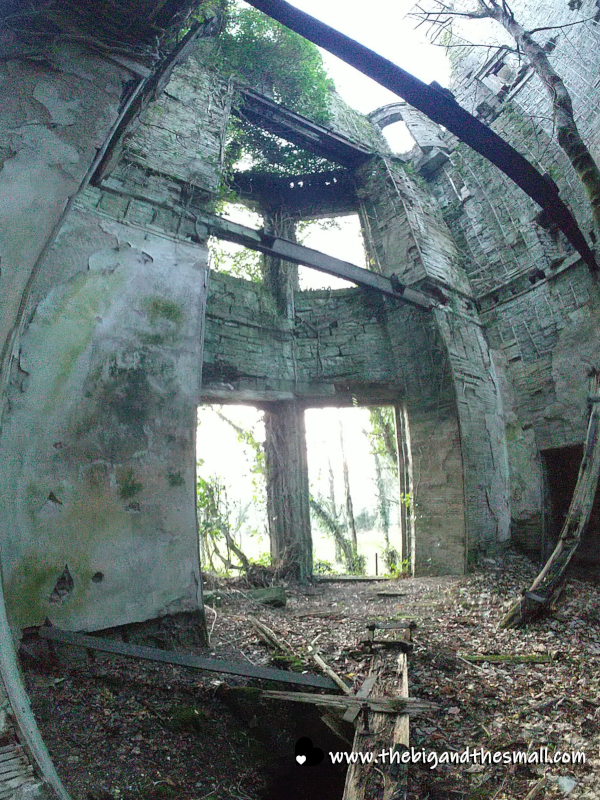 Back at ground level a sturdy spiral staircase remained in a turret allowing us to reach an impressive viewpoint over a wing of the building. The sunset from this vantage point would have been magnificent however the ruins would have been treacherous in the dark so we returned to the car. 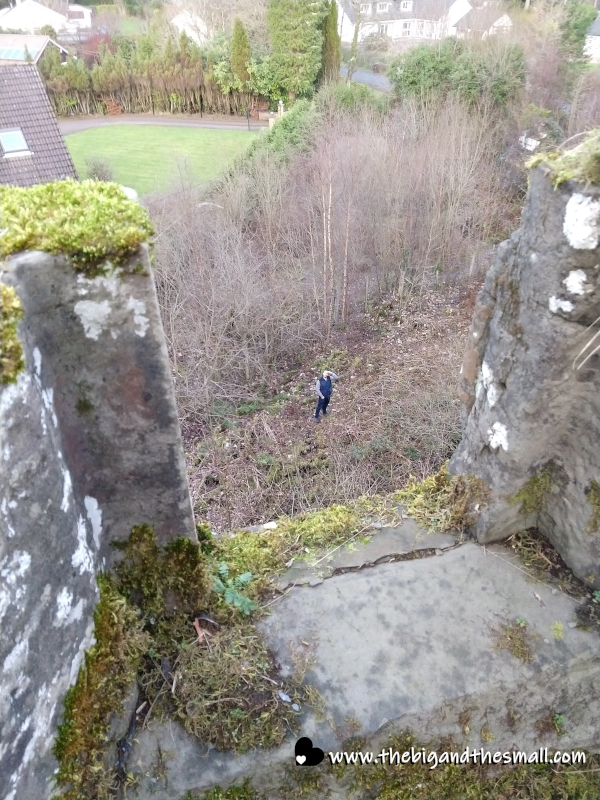 Back at the AirBnB we quickly got changed and picked up Bethany. I’d wanted to head out for an Indian meal as this is a very stereotypical British treat. Usually we’d simply say “going for an Indian”, this really confused Joel & Bethany until I explained I meant a curry. Heading out for a curry is a popular activity here, many of the curries have a distinct British twist, the Chicken Tikka Masala is often cited as one of Britain’s national dishes. Multiple cities claim the tikka masala as their own, one being Glasgow, as we are staying in the Glaswegian suburbs it seemed fitting to sample a curry here.

The restaurant I picked had good reviews however when we arrived we were the only diners. I hoped this was merely due to it being early on a weekday and not a reflection of the quality of the food. I needn’t have worried as before long people started to arrive and the food was tasty. 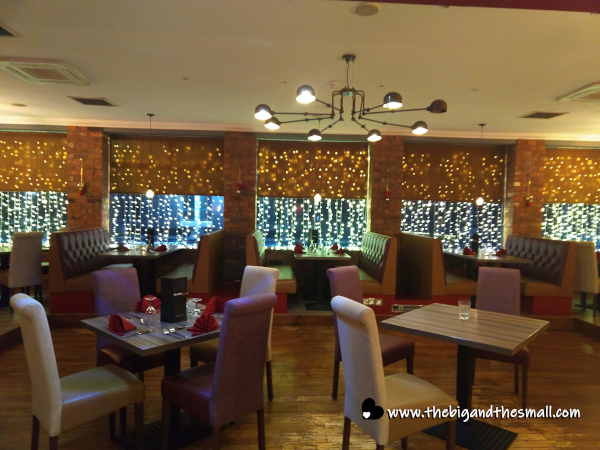 I ordered us a selection of starters, mains and sides to try. As I love curry I went a bit feral and ordered enough to feed the whole town however it did give us a lot of variety. The meal started with popadoms. These large crispy discs of tasty joy are usually served with a selection of chutneys & pickles but here we got a raw onion salsa, still the popadoms were good. 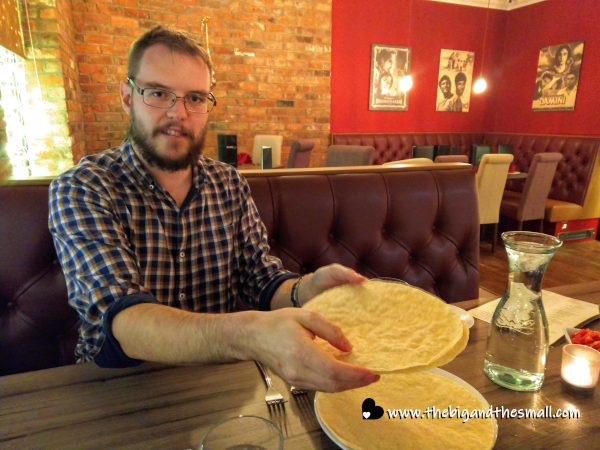 This was followed by a selection of starters – onion bahjis (a spicy mix of crispy fried onions and batter), vegetable pakoras (battered spicy vegetables) and samosas (parcels of spicy meat) all with curried dips. 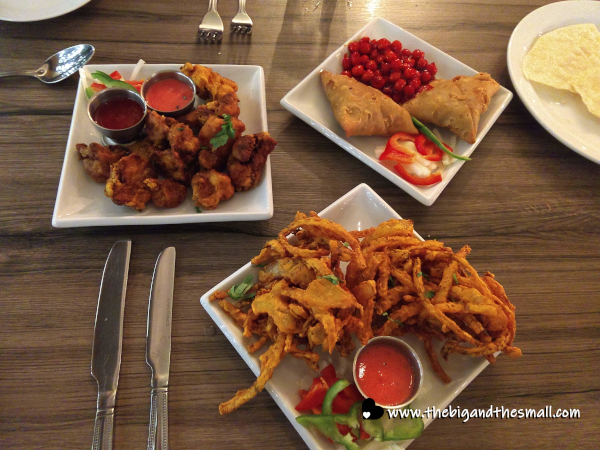 For the main I ordered a selection of six curries to try, various naan and chapatti breads and rice. I think in hindsight I may have substantially over ordered but I didn’t hear any complaints from around the table so I think the selection was enjoyed! 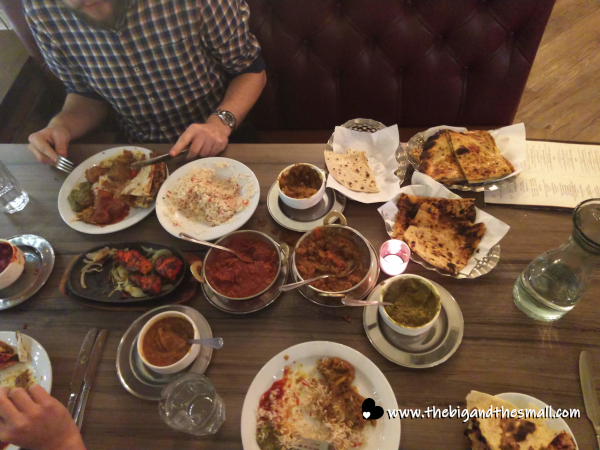 I’ll hand you back to Bethany for tomorrow’s blog post assuming the food coma has passed by then!

Steve x (I’m British so you get an ‘x’ rather than your usual ‘XOXO’ from me!)