On Day 5 it was time to check out of our first Air BnB and head north to Scotland! Most of this day was spent in the car (about 6 hours of driving total) but we did manage to do a few fun things along the way. 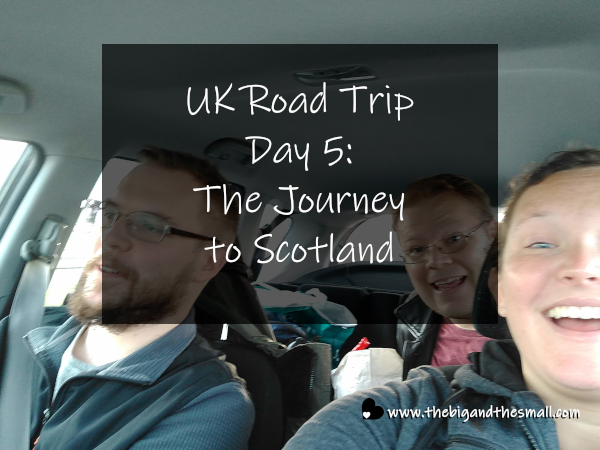 I decided to start the day sitting in the backseat of the car and letting Joel have shotgun for the first time on the trip. My goal was to get some reading and other things done that are on my to-do list. Turns out that was a bad idea. I don't usually get car sick but something about Steve's car had me feeling really nauseous after about 20 minutes. Joel had warned me I might feel that way, but I wanted to prove I was tough, so I held out for almost an hour before I just couldn't take it anymore. The guys immediately took pity on me and we pulled off the road so I could get some fresh air and switch seats. We ended up deciding to get some Subway at the time, too! They had some different menu selections than what we can get back home so that was fun. 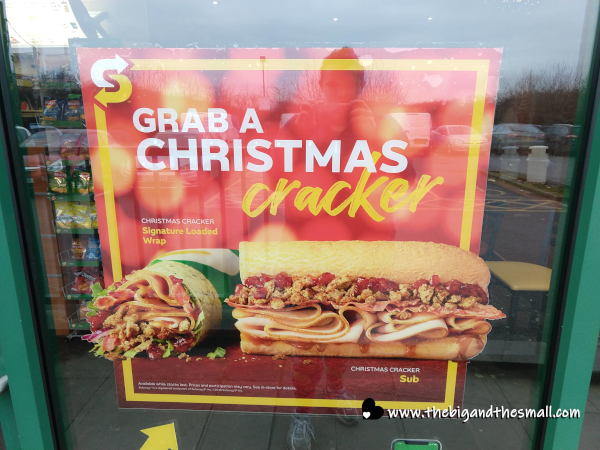 Back in the car with everyone in their regular seats we once again headed north! It was about 2:30 in the afternoon when we finally made it to the border between England and Scotland. We ran across the street to make sure we got a picture with the sign that said "Welcome to Scotland". We were a bit disturbed when we realized the sign had bullet holes in it! Well, more like dents, the bullets didn't go all the way through. Check out just below the T in this picture to see what I mean. 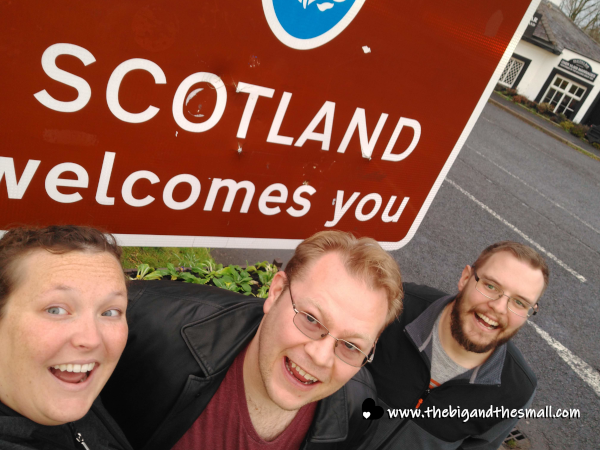 The building at the crossing was really neat - it's a pub now but it has a fascinating history. In 1754 a law was passed that outlawed marriages for anyone under the age of 21 without parental consent. The law only applied in England and Wales so young couples began fleeing north to Scotland where the age of consent has never been older than 16. A town about a mile from here "Gretna Green" was the first village over the border on the main road and became a popular place for marriages. Some 80 years later a new bridge was built and this building was built for the toll keeper of the road. When he realized so many young couples were coming this way to get married, he opened up a side business as a provider of 'quickie' weddings! The marriage room here has since seen over 10,000 weddings, and is still available as a historic and unique venue. 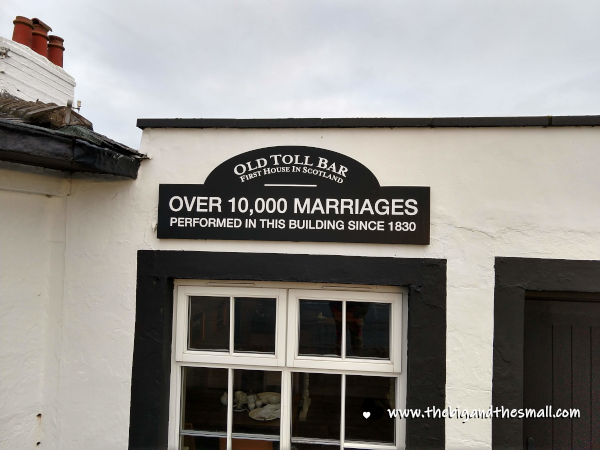 After a brief stop there we went on ahead to Gretna Green - the original small town where couples went to get married. Steve originally took us there because he saw on the map there was a shop called "Wee Big Shop" which he said was basically the Scottish way of saying the big and the small. So of course we had to go for the blog! 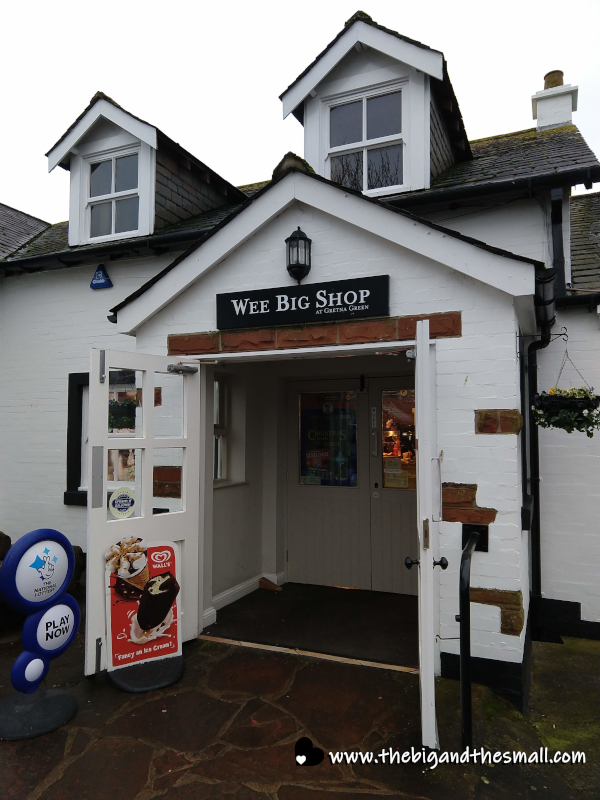 We went inside the wee big shop and ended up getting some food including macaroni pie which is officially my new favorite food. Steve said it's actually the local delicacy for the county of Scotland we are in! It is exactly what it sounds like - macaroni and cheese baked inside a pie crust - but it tastes even more delicious than it sounds! I realize it's double carbing, but it is so, so good. I was psyched to find them later at the grocery store here at the cost of £1.50 for 2. I will also be attempting a homemade version at some point in the future. 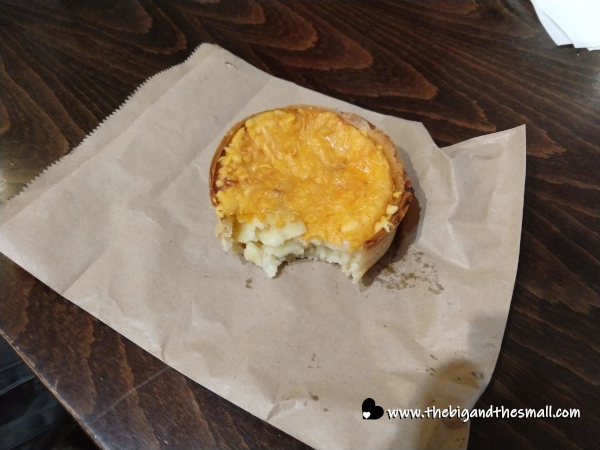 The rest of Gretna Green was pretty interesting, and very focused on the idea of love and marriage! This neat statue is the image of a man and woman hugging, and at some point added to them was a single kilt. How very Scottish! 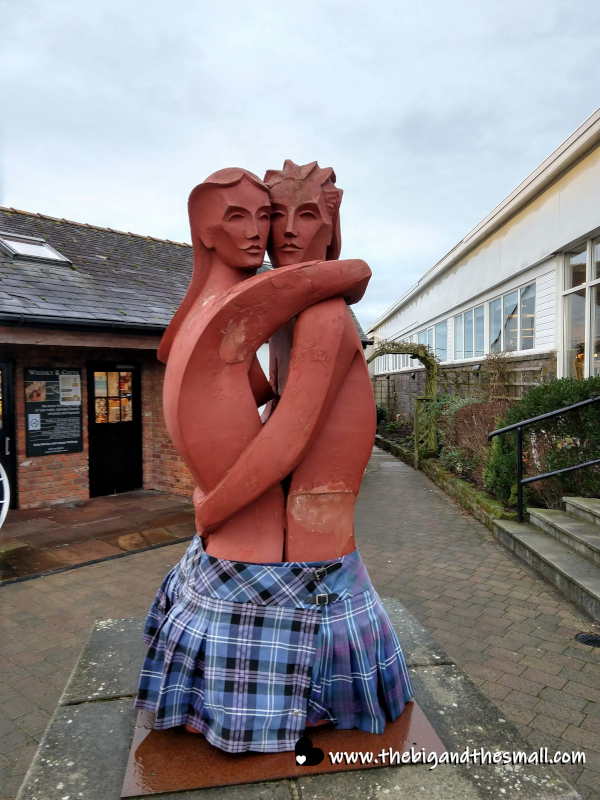 Outside the main area out towards a field we discovered the "Courtship Maze". I'm a sucker for anything maze-like (I usually prefer ones made of corn) so this was right up my alley and even though we were getting close to sundown (at like 3:30, ugh) I insisted we all go through the maze. It is in the shape of interlocking wedding rings and a couple is supposed to go through starting at different entrances, then find each other in the middle. It's not a particularly difficult maze, but it is pretty fun. At the center you find an anvil that used to be a prominent part of marriages performed here, as well as people leaving locks with their names on them as a symbol of their love. 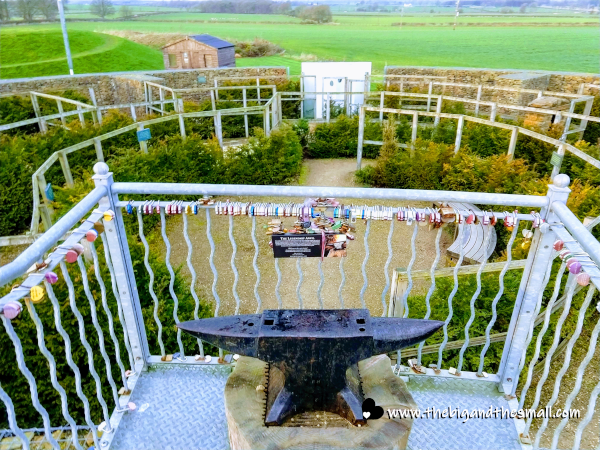 As you go through the maze there are all sorts of quotes about love and marriage, and I couldn't resist sharing my favorite one. 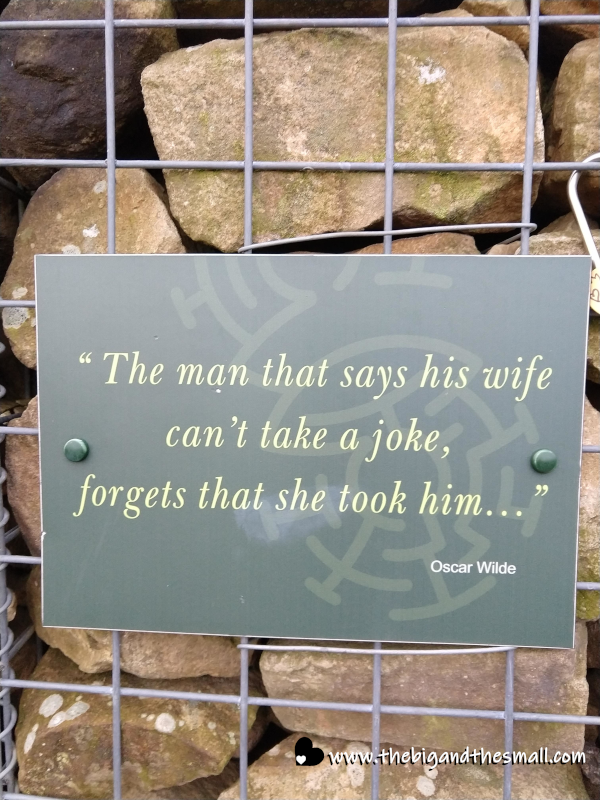 A short time later we made it out of the maze and finished our journey to the Air BnB. We did a quick grocery shop and then Joel made us his famous meatloaf for dinner! This new Air BnB is my favorite one so far - it's a very modern flat whereas our last one was more of a country cottage. There do seem to be some dancing elephants living above us which is a bit of a drawback, but at least we aren't living here long term.