Almost two weeks ago now Joel and I set out on a normal afternoon walk. We try to get in two miles a day (emphasis on try) and this day we had some catching up to do. I was bored with our normal walk around the village so we went a direction we have never gone before. And then, something funny happened. 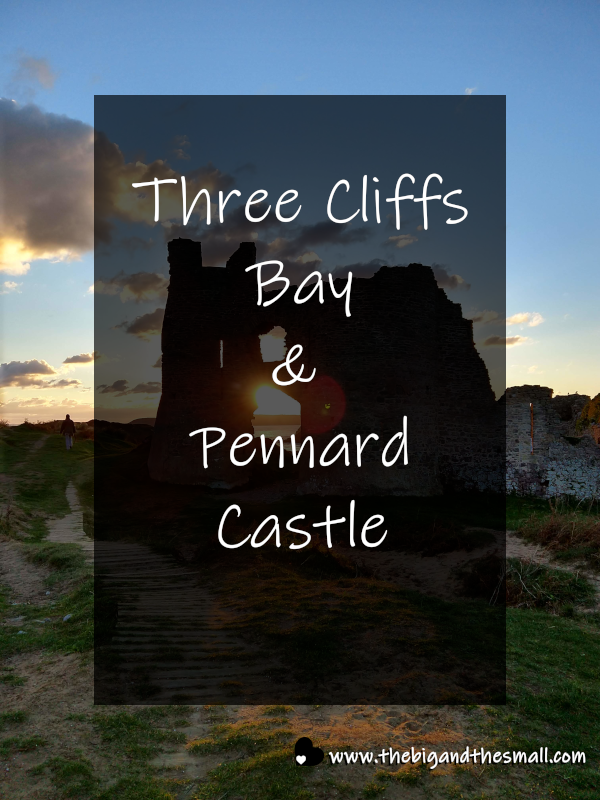 We were just about to go down a little side path, when Joel happened to glance at the road and see Steve drive by! Steve spotted him, too, so he drove another block or two till he could pull over, and we quickly jogged over to say hi. It turns out he had just messaged us not five minutes previously to see if we wanted to take a last minute trip with him to Three Cliffs Bay which was nearby. What are the odds!? If we had walked our normal way, we never would have run into him and we wouldn't have seen his message till we got home and it was too late. The timing to run into each other had to work out perfectly, and I call the whole thing a God moment. After a good laugh about the coincidence we hopped in his car and drove to the bay. 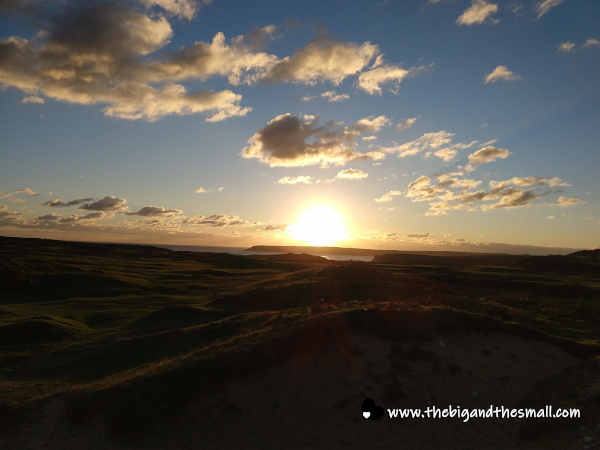 The timing continued to be perfect - we arrived and began our hike just as the golden hour was striking. You know that magical hour when the sun begins to set and everything is just absolutely gorgeous? This was it, and we were in an amazing place to enjoy it. As we hiked towards the bay (across a golf course, strangely enough) I spotted something in the distance and realized that this was going to be an even cooler than we thought - there was a castle up ahead! 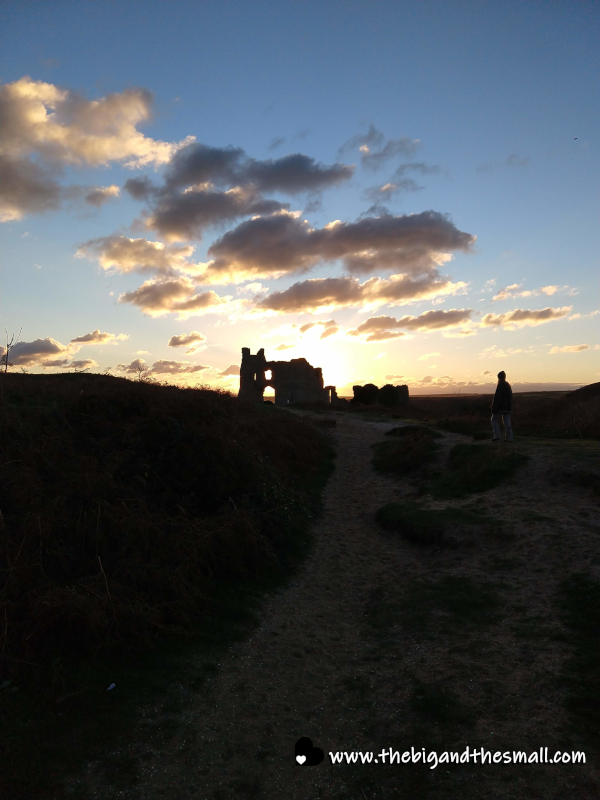 Steve knows how much Joel and I love castles (he took us to Caerphilly) but he legitimately had no idea there was one here and was just as surprised as we were. I was so freaking excited to see a castle (and at sunset no less!) that I ran ahead to check it out. (And if you know me you know I almost never run). 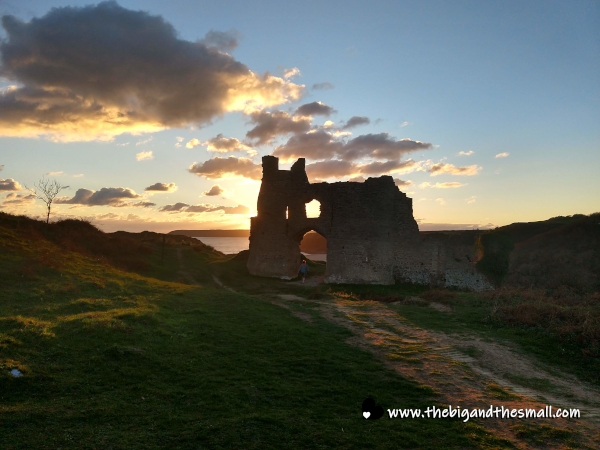 Walking up to the castle with the sun setting behind it was simply magical. 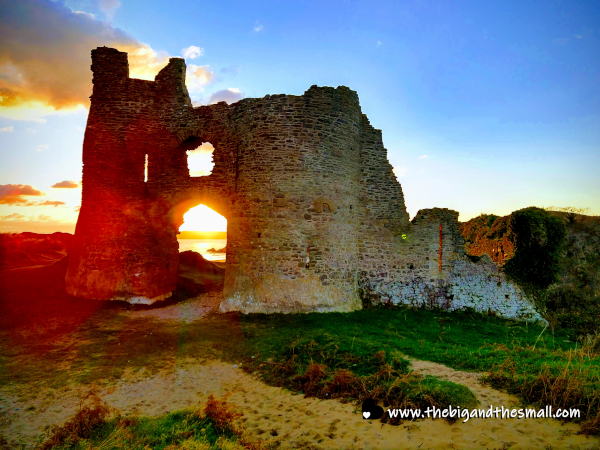 This castle was different from the others ones we've seen (Oystermouth, Kidwelly) as it is fully abandoned and has had no restoration work done to it. It was still beautiful in its own way and fascinating to explore. There were still some fulls walls standing with windows that showed how amazing the views were down to the river below. 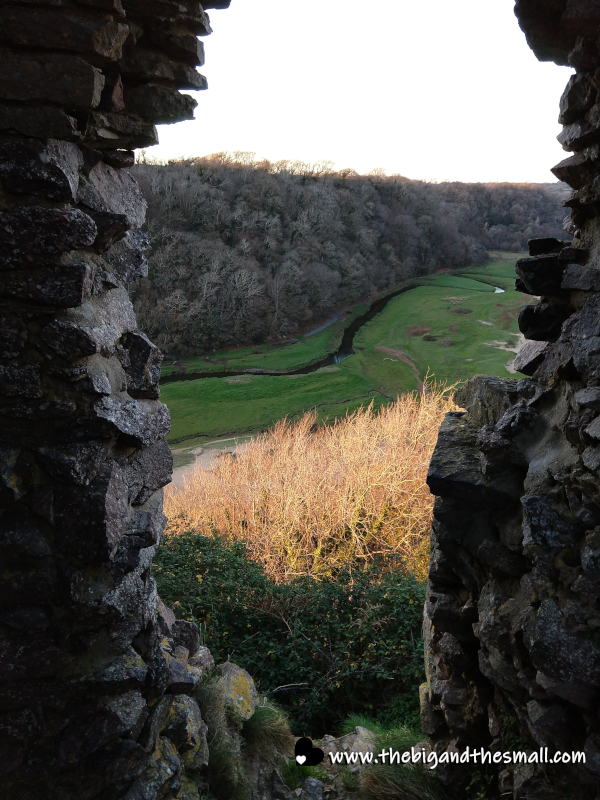 There were a few half standing rooms you could wander into if you were willing to brave the overgrowth. Here is Steve peeking out of one of them. 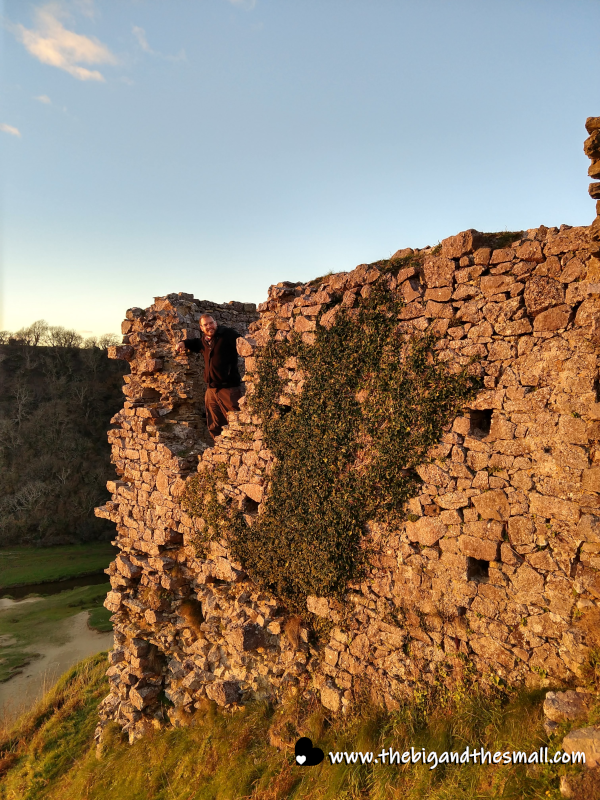 I really enjoyed getting to play around with the light and see what kind of pictures I could get! 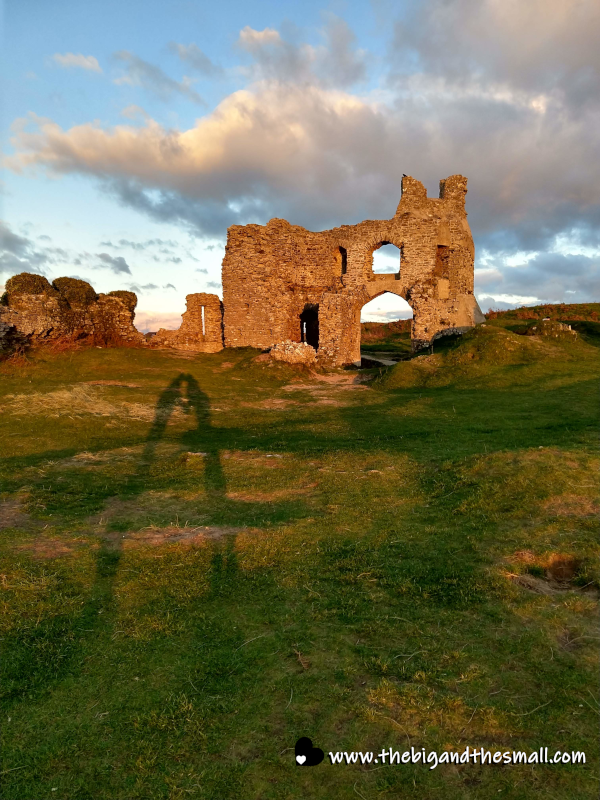 Turning from the castle to look at the bay gave us the most spectacular view of the sunset. I think this is my favorite sunset I've seen since leaving the States! 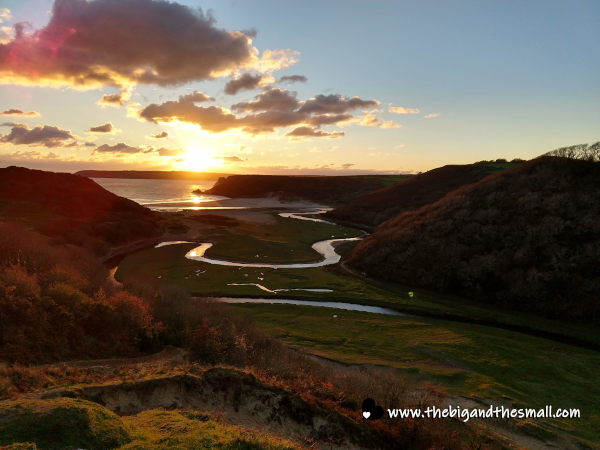 We had Steve take a picture of Joel and me with the sunset. 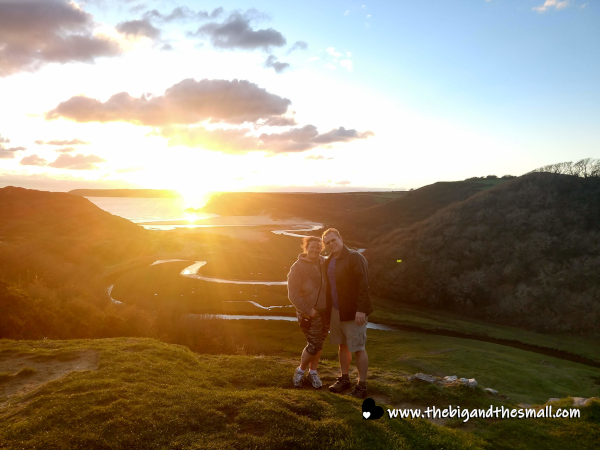 Which means when I looked through my pictures later I also found this gem. 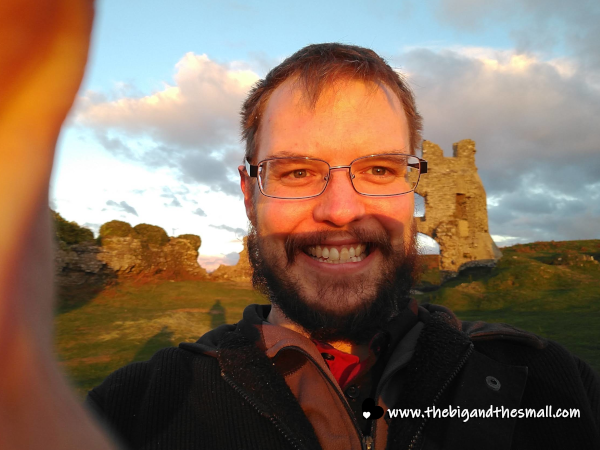 After the castle we walked on further out towards the sea to get a better view of the bay. It involved hiking up and down some increasingly sandy hills with some boardwalks that were alternately stable and wobbly. By the time we got close to the water the magic hour was gone so my pictures are significantly less spectacular, but it in person it was still pretty darn amazing. 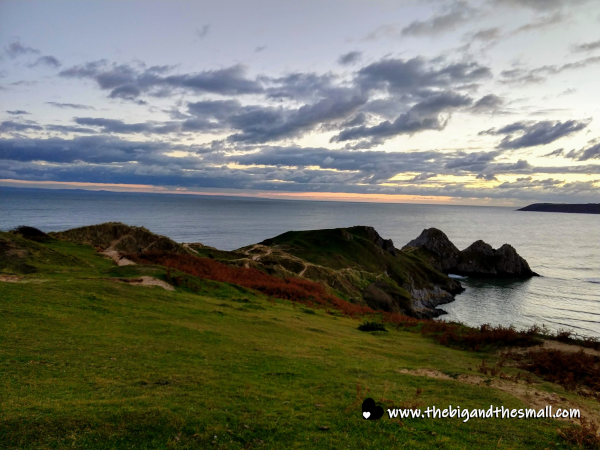 By the time we decided to head back to the car it was almost dark. We had a fun time adventuring back over all the ground we had covered, trying to beat the setting of the sun. I'm so glad God brought us to this right time and place to catch all of this beauty in God's creation. When Steve took us home we fed him dinner and ended up in a chat about British vs American lingo. All in all it was an amazing day!