Shopping for An American Thanksgiving in Wales

I've written before about some of the challenges of grocery shopping in a foreign country. Items cost different than what you are used to back home, things are arranged differently (when eggs don't need refrigerated they are in the baking aisle!), and sometimes what you want just isn't available at all. There are a lot of adjustments to be made, including giving up on some items you used to consider staples. (Bye, salsa!) 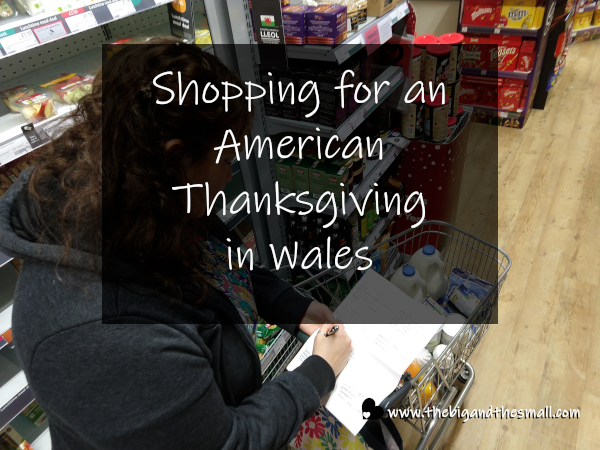 It's easy enough to make adjustments when it comes to everyday shopping, cooking, and eating, even if there are some foods we really miss from the States. But when it came to Thanksgiving I knew I wanted to have as American a meal and as close to what we would have with our families back home as possible. I've been planning this meal in my head since at least Cyprus, but probably since we booked this housesit earlier in the year and knew we would be in Wales for Thanksgiving.

The menu is a mix of traditions from my family and Joel's, and here's what I planned:

Appetizers:
Deviled eggs (a nod to Joel's family, mine only ever had these at Easter)
Stuffing Balls
Veggie plate with ranch dressing

Dessert:
Pumpkin Pie & whipped cream (preferably made with pumpkin from a can and a pre-made pie crust for the true American experience)

On the Tuesday before Thanksgiving we set out to find all of the ingredients for our epic meal. We decided to start with our favorite local store - the Co-op. We love this place for several reasons - it's within walking distance of our housesit (important since we don't have a car), staples are well-priced for the area, everything we've bought has been high quality - especially their store branded items, and they always have some awesome deals! The best deal by far is a £5 meal deal that includes at least 5 frozen items - everything you need to make a full meal plus dessert - and is usually worth at least £10 regular priced if not up to £15 sometimes! (Plus for the two of us we usually get 2-3 meals out of it!) 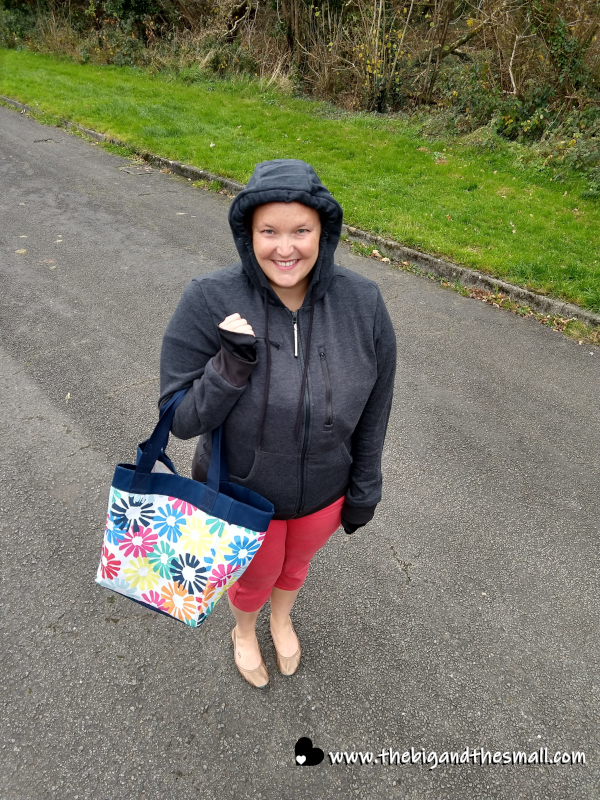 In fact we love the Co-op so much we became members, even though we are only living here for a relatively short time. For a £1 membership you get 5% back on everything you purchase, and the joy of knowing 1% of everything you spend is getting donated to a local cause, which you get to help choose! There are Co-ops located all over the UK so we should get good use out of our membership until we leave the UK next March. 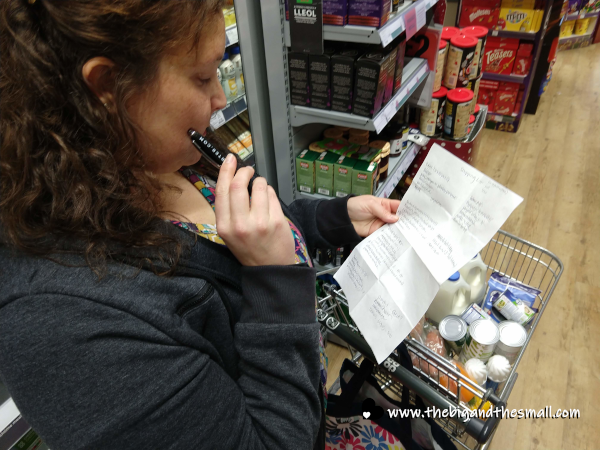 We were pleasantly surprised to find that our local Co-op had most of what we needed! It's a smaller village store (they have larger locations elsewhere) so we were very impressed with the selection. We got all of our fresh veggies for the veggie tray here, and almost a week later we are still snacking on some and they are still good! They had boxed stuffing, everything I needed for sweet potato casserole including marshmallows, all my ingredients for amazing mashed potatoes (my secret ingredient is cream cheese), prepared cranberry sauce (I was so worried I wouldn't find that anywhere!) and everything I needed for green bean casserole, corn pudding and pumpkin pie except for three signature American ingredients. The only thing they didn't have beside the super American stuff was the turkey, and I'm guessing a bigger Co-op would have even that! 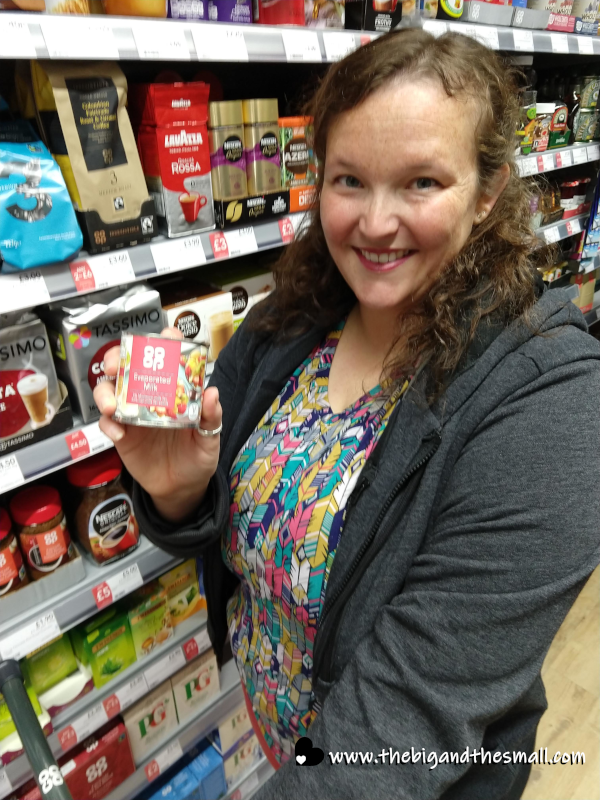 For the green bean casserole we were missing French's Fried Onions, which we ended up not being able to find anywhere. Luckily the Co-op had an ingredient we grabbed on a whim as a substitute - some cheese and onion flavored crisps (chips for Americans) that gave a good approximation of the taste and texture we needed. For the corn pudding they had everything but canned creamed corn which I was able to find elsewhere. I took a chance on trying the prepared pie crust they had available (I was worried about using anything not Pillsbury) and I am so glad I tried it! 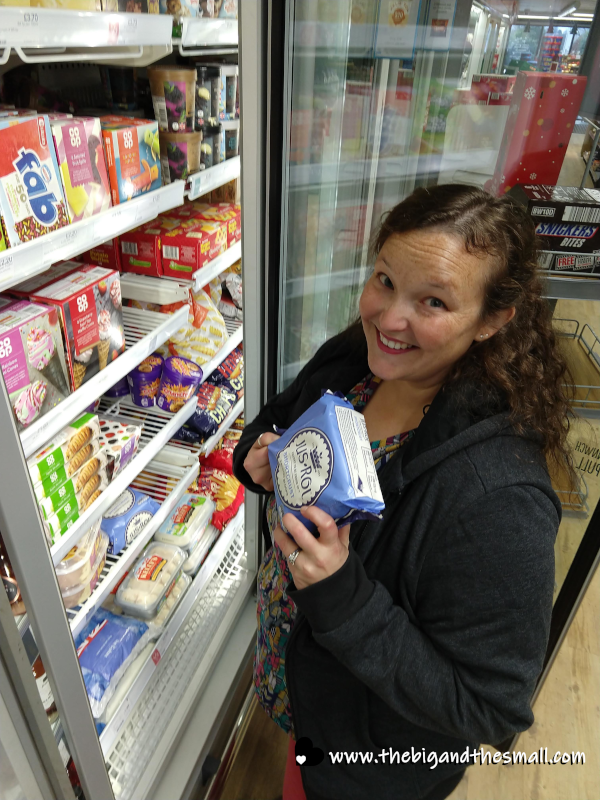 I'll chat more about how everything turned out in another post but suffice it to say I ended up with the best pumpkin pie Joel and I have ever had. I'm sure it's in part due to the Co-op branded whipped cream (labeled here as "squirty cream" which makes me giggle to no end). This stuff is so good I may or may not have eaten some straight from the can. 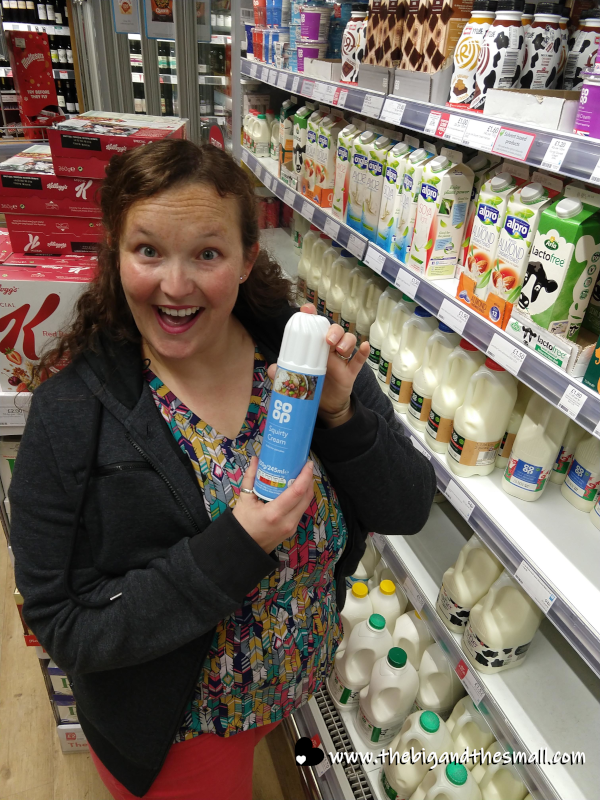 After a super successful shopping trip at the Co-op came the only downside - walking home with all those groceries! Usually we only buy one bag worth of groceries at a time so we don't have to carry quite so much all at once, but for Thanksgiving, it was worth it! 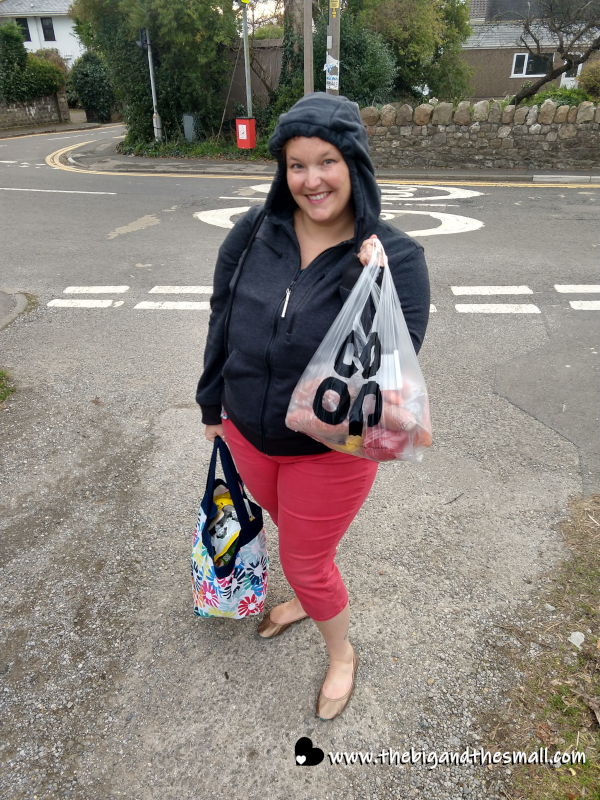 We did have to go on a bit of an adventure to find one elusive, yet super important, Thanksgiving ingredient. Emily (who will feature as our host for Thanksgiving) was wonderful and spent time driving us around town looking for the turkey and hard to find ingredients, but we still came up short on canned pumpkin. Yes, I know it's possible to make pumpkin pie from a whole pumpkin but A. I never have and B. The canned stuff just seems more authentically American. After an exhausting shopping trip (for us, Emily, and her three year old who was a super good sport) we passed the baton to our friend Steve.

We only asked him to check one store we hadn't made it to, but Steve went above and beyond and went to 4 total stores before finally securing victory! He had to ask several employees before one knew they even carried it, and then that employee had to go to the back and dig out the last two cans available. (There must be some other crazy Americans around here planning to make pumpkin pie). At last we hailed Steve as the hero of Thanksgiving for finding the pumpkin! 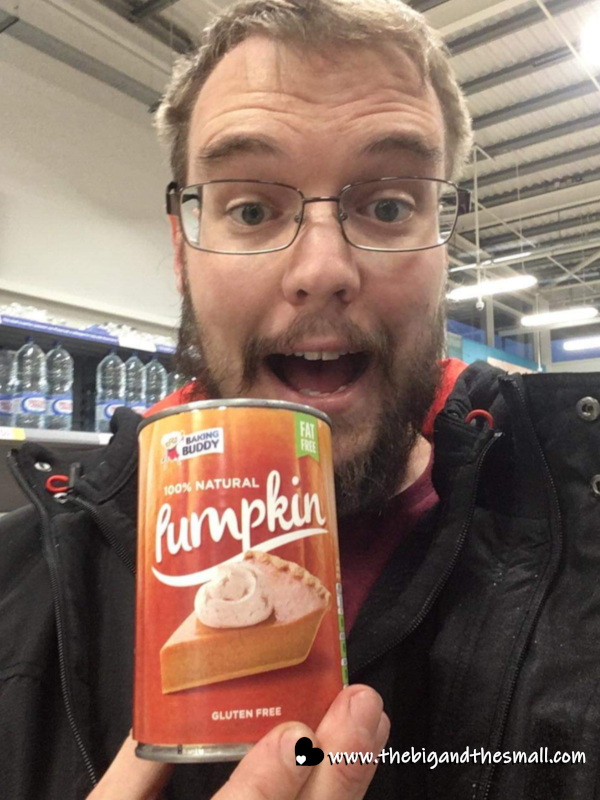 I was super impressed with the availability of most of the ingredients we needed for Thanksgiving. The Co-op had almost everything we needed, even if we did have to make do with some unfamiliar-to-us brands. Turns out some of those brands are even better than what we are used to! Stay tuned for more Thanksgiving posts about cooking up this feast, how our guests reacted to new-to-them food, and the best recipe I have to use up all those leftovers!

p.s. If you want to read the next chapter of our Thanksgiving in Wales, click here!