McDonald's Around the World: Swansea, Wales

After we went to see a movie the other night, it was time to find some food to eat in Swansea. Steve wasn't super hungry after his giant nachos, but Joel and I were starving, so we walked down the street from the theater to a main entertainment and restaurant thoroughfare called Wind Street. From there things started to unravel. 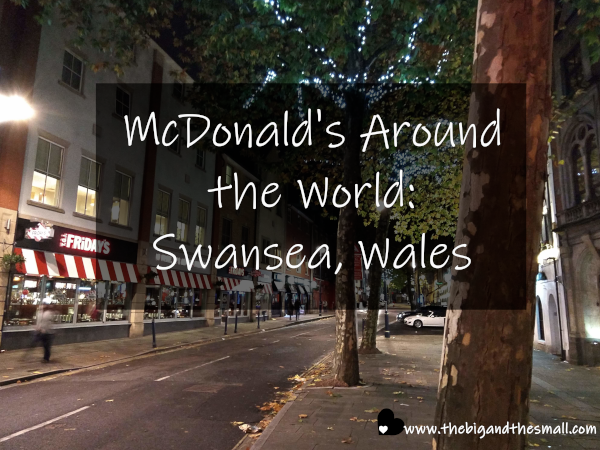 We didn't plan on eating at McDonald's. Steve's first suggestion was a place he would normally go with friends (or "mates" in British speak), called Nando's. When we got there the line was nearly out the door so we moved on to option two - Frankie and Benny's. Apparently it's a place that most Brits think of when they think of American food, so we thought that would be fun to see. We walked into the restaurant and it was maybe half full. We waited several long minutes for a staff person to come seat us, only for them to tell us there was a 30 minute wait to get a table! Well that's not very American; I've never seen a half full restaurant turn away business like that! Option 3 was Pizza Express - Steve had a 2 for 1 coupon, Joel and I liked the idea of express (gotta be fast, right?), plus we walked in and it was only like 1/3 full. Guys, there was a 45 minute wait. I've never experienced anything like this! When we stepped outside of the Pizza Express we saw the beckoning call of the golden arches, and since Joel was about to eat his arm off that's where we decided to go. 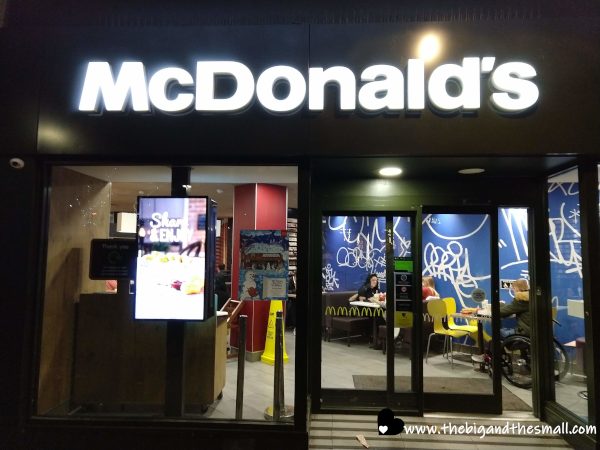 The decor inside this McDonald's was a bit peculiar, the theme seemed to be "graffiti". The walls were covered in mock graffiti and so were a lot of the light fixtures. I suppose this location is in the middle of downtown Swansea so maybe they thought graffiti made it more "city-like"? I don't know, it was a bit weird but you do you McDonald's! 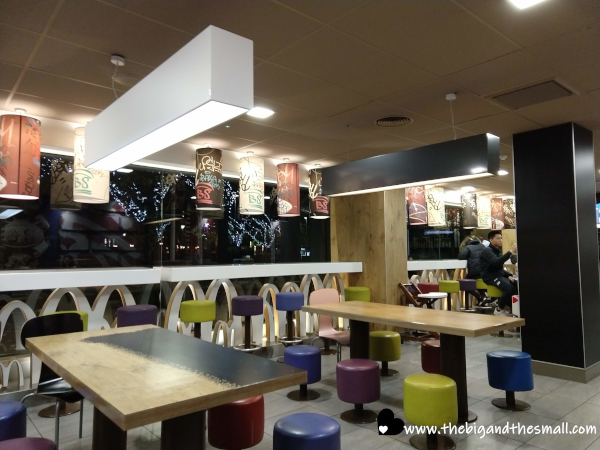 Ordering was done via kiosk as it has been at every McDonald's we have visited outside of the United States. (Apparently a lot back home are going that way but I didn't experience any before we left). I was actually quite surprised that this kiosk was only in English - almost everything in Wales has both Welsh and English on it, but I don't think I saw any Welsh anywhere in the restaurant. We explored the menu a bit before settling on some new to us items! 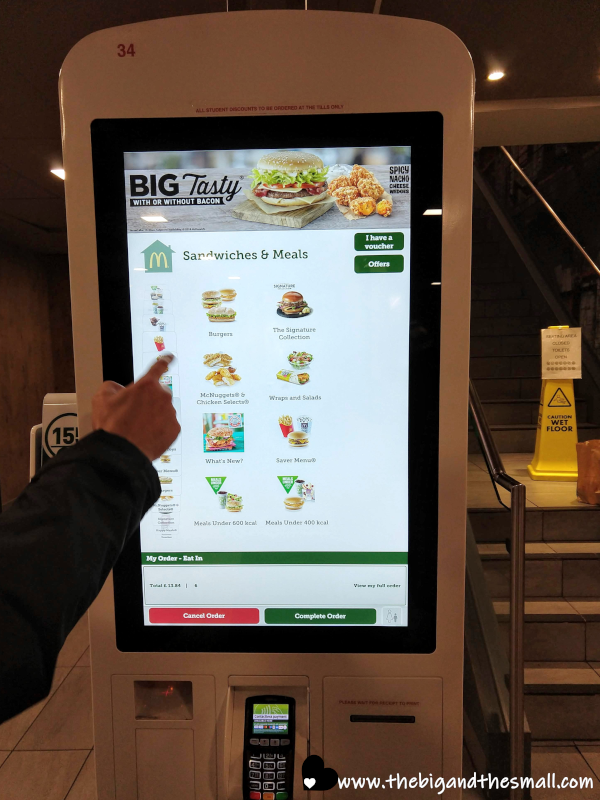 The first thing we tried was the Jamaican Jerk chicken sandwich. We ordered ours without onion but otherwise as prepared. It was a breaded chicken patty with a lovely spicy sauce and pepper jack cheese. The bun was really substantial for a McDonald's bun. We also chose to get this in a meal with fries (which were pretty typical) and we upgraded to a milkshake (they had banana, I argued for chocolate and won, then I didn't like it so Joel had to drink the flavor he didn't want in the first place, whoops). 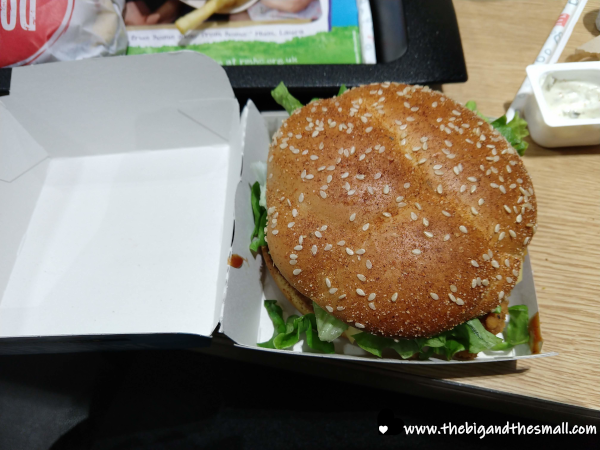 I was most excited for a side dish on this menu - fried nacho cheese wedges! I mean, that just sounds, delicious, right? I think you all know by now I love cheese in all forms, especially fried cheese. This was a melty cheddar with some diced jalapeno, a tortilla chip breading, then fried and served with a sour cream and chive dipping sauce. It was as yummy as it sounds! Hands down my favorite thing we've gotten at McDonald's abroad so far. 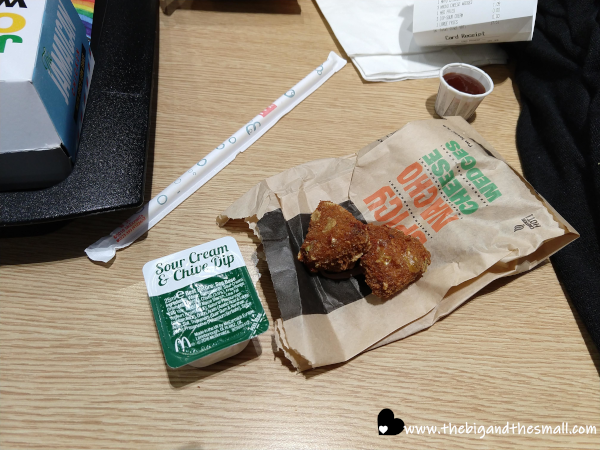 I also ordered my back home standard of a double cheeseburger, because I was extra hungry. Steve ordered the same and then I saw him do something different - he added the nacho cheese wedges to the double cheeseburger! Well, I knew I had to try that too. My verdict - it definitely added a kick and some interest to a plain ol' cheeseburger, but I liked the flavor of the nacho cheese wedges enough I didn't want to mask it with burger flavor. They were good together but in my opinion better apart. 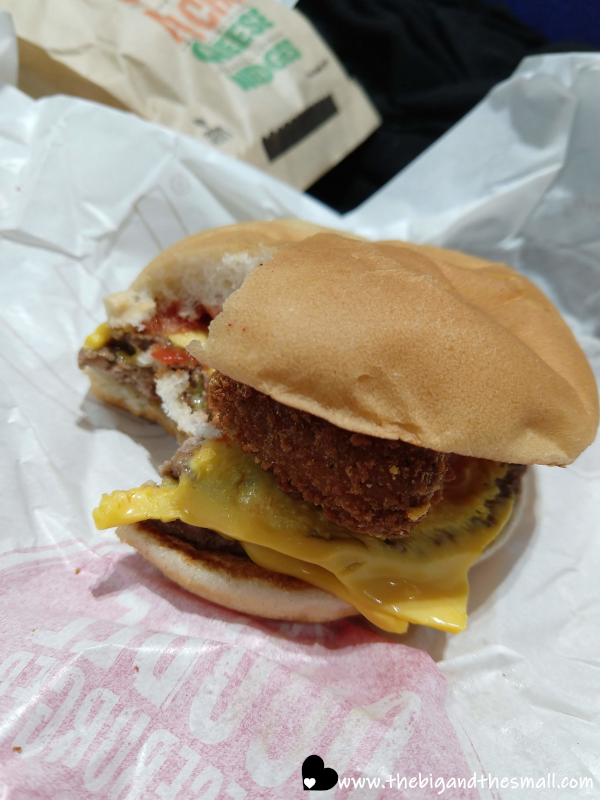 Since I didn't like the shake we got with our burger, I talked Joel into going back up and getting me a McFlurry - partly because I wanted something sweet, and partly because they had a mix in I'd never seen before. Can you guess what it was? Smarties! Now, if you are thinking of the American Smarties candy - the sweet/sour tablet like things you might be thinking, um, those in ice cream? Gross! I concur. Luckily these were actually British Smarties, which are candy coated chocolate, aka knock-off M&M's. Now those in ice cream, plus swirled with extra chocolate sauce? Yum! 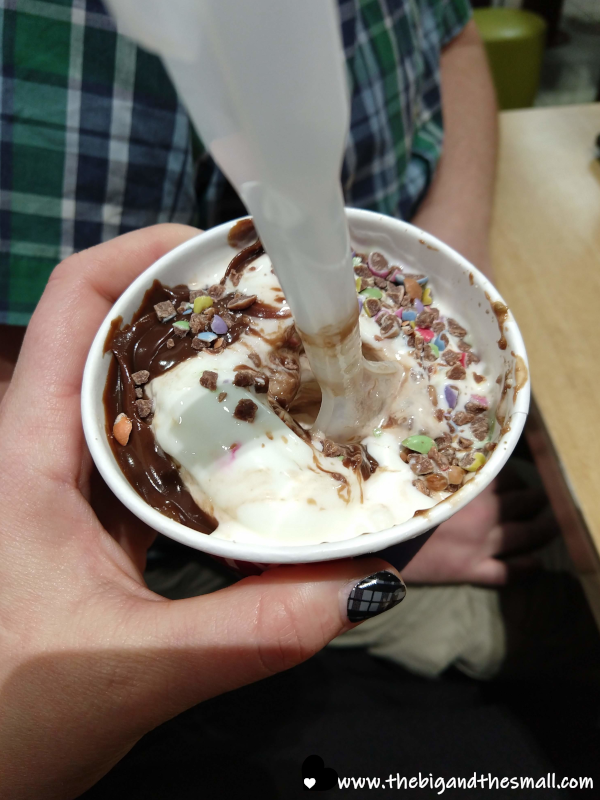 One thing that was really unique about this McDonald's was the way trash works - the bins are divide up so that recycling can be done! Recycling is huge here in Wales, even at home we have to separate everything into multiple bins and every other week different sections of it get picked up. It's a bit complicated but we are starting to get the hang of it. I love that even a commercial place like McDonald's is committed to recycling here! 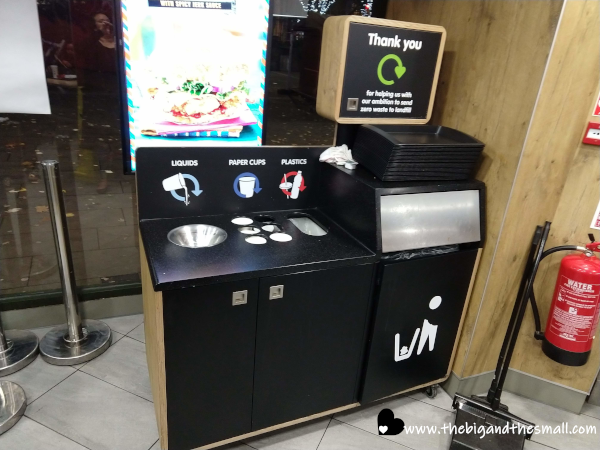 Of all the McDonald's we've been to abroad (Paris, Paphos, Berlin) this one felt the most like home. Maybe because it was all in English, maybe because there really weren't that many unique menu items, I'm not sure. It was fun to try the things we did, but I can't say I'll be hankering for McDonald's anytime soon. Though next month we are going on a road trip through Scotland so you know we'll have to find one there - surely they'll have something crazy on the menu!