A Day at the Movies in Wales

Last week I wrote about the food we've been missing since we left the US, and I realized this week there is one more thing I've been missing - going to movies in the theater! Joel and I are big movie fans (as evidenced by our plethora of movie reviews) and we used to go see literally everything that came out in our local theater (thanks MoviePass!) However, we have not seen a single movie in the theater since we left the states on July 19th. That is, until yesterday! 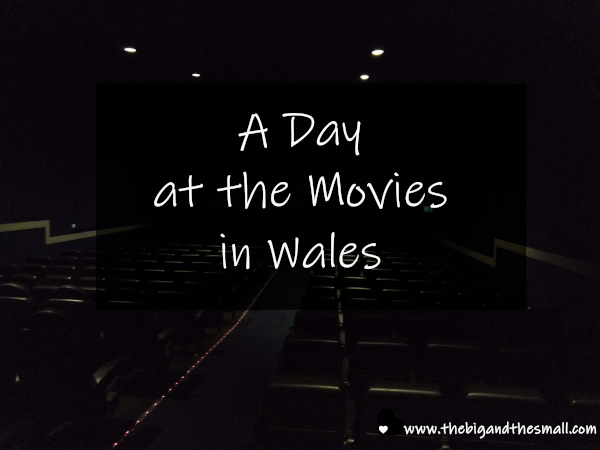 Our friend Steve was going with us to the movie and came to pick us up since we don't have a car. It's clear that he reads our blog (hi Steve!) because he came bearing gifts! 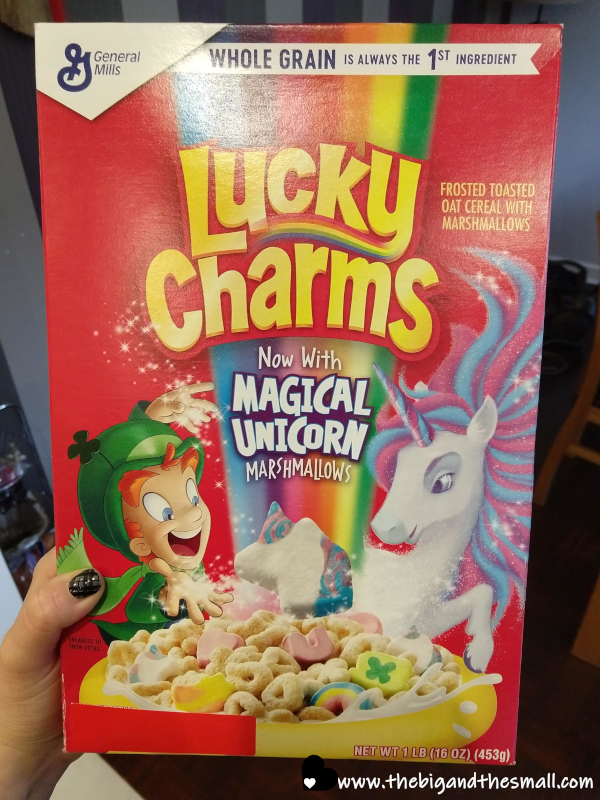 That's right, Steve knows where to get Lucky Charms around here! They can apparently be found in the "foreign food" aisle of Tesco, or fairly cheaply at a place called B&M. He also brought us a bottle of ranch dressing! It's the Paul Newman brand which I don't think I've ever had before but you better believe we are excited to try it. Our third gift was a bottle of onion granules (aka onion powder) which doesn't sound as exciting but it was the last ingredient I needed to make a homemade Lawry's seasoned salt so I am pumped. We did notice that on the box of Lucky Charms they have covered the printed ingredients/nutritional info with a sticker that contains the British required information. It also contains this warning: "May have an adverse effect on activity and attention in children." I mean they aren't wrong... good thing we aren't children! 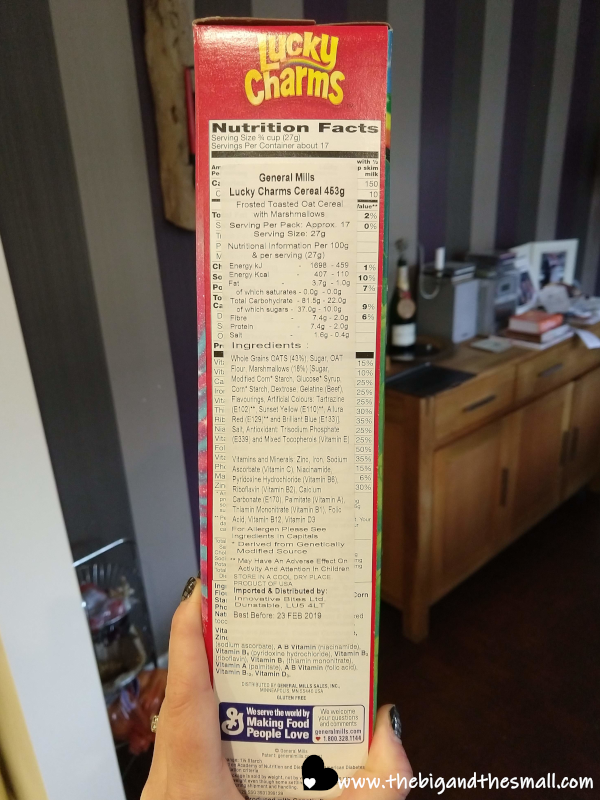 After the excitement of receiving some American food stuffs, we were ready to head out to the movie theater. We weren't sure if theaters here would be wildly different from what we are used to, but when we walked in the front door we realized - it felt like home. Steve said that this theater is exactly what British people think of when they think of America, and well, I'd say it's pretty accurate! There were bright lights, tons of advertising, and of course, plenty of snacks available. Ah theaters, I hope you never change. 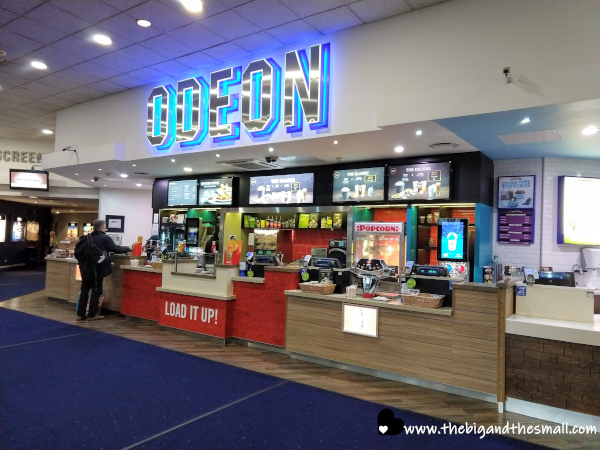 The way to get tickets here was a bit different - it was all automated. Steve bought our tickets online with a deal he had, and then we just picked them up at this little kiosk. Even if you do want to buy at the theater you just pay here, no interacting with people required! Some theaters back home are going this way but it's definitely not a standard thing yet. (Side note: Steve informed us that here everyone would call this the "cinema" not theater, as theater usually refers to a place you would go to for a ballet or play). 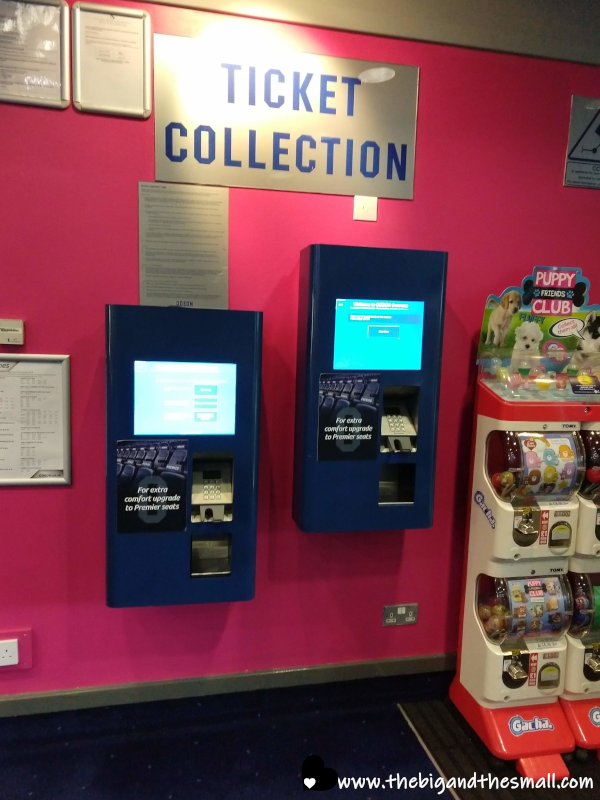 Joel and I almost never get snacks at the theater (what are we Rockefellers?!) but Steve couldn't pass up getting some nachos. I was super impressed with the size of nachos they served! It cost £8.50 for nachos and a drink, which is about $11, but that's not crazy pricing for most theaters. In my experience the nachos you get back home would be kinda wimpy (even for that price), but look at the size of this thing here! Plus I was really impressed with the quality of the cheese and the salsa when Steve let me steal a few bites. 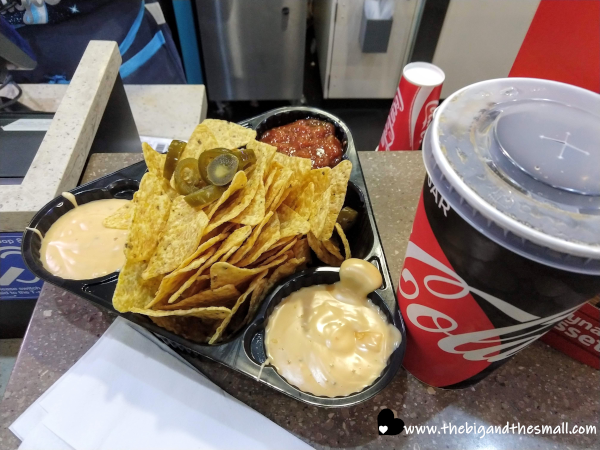 Next we got all settled into the theater ready to watch the movie we came for - The Nutcracker and the Four Realms. Y'all had to know I couldn't resist seeing a Christmas movie in theaters - especially a movie based on my favorite ballet that I grew up dancing in every December for basically my whole life, right? The seats in the theater were pretty standard and if I didn't know any better I'd think I was in Anytown, USA. There was a small difference before the movie actually started though. Back home you usually get anywhere from 15-25 minutes of previews (except a shout out to Fort Dodge where they always show 2 and only 2 previews!) before the movie starts. Here, we had 15 full minutes of commercials! Like, ones you usually see on TV! Some theaters back home have started showing commercials but usually only a few and the previews way outnumber the commercials, here it was the other way around. Not really any more annoying than what we are used to, just different. 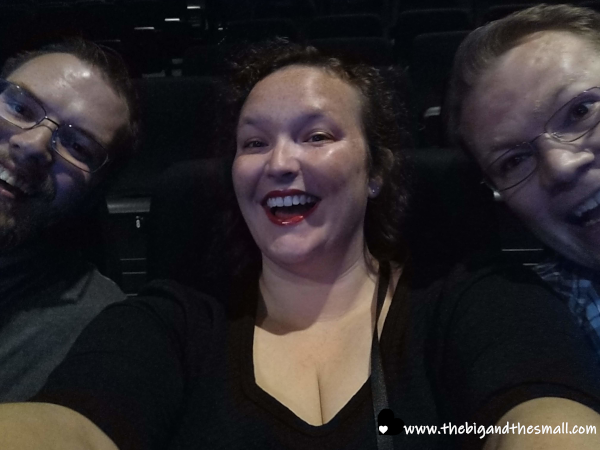 A good 25 minutes after the "start time" for the movie the magic actually begun! We will write full reviews for the blog sometime very soon, but suffice it to say I was a very happy camper. I really enjoyed being back in a theater and I hope someday soon-ish we get back to a place in our lives where we can do this more often!

So what about you? Are there any movies on your "must see" list this year? I am also dying to see the new Grinch movie. Until then I'll have to sate my Christmas movie desire with all the cheesy ones available on Netflix!