The day after I got back from the church trip to Sidmouth, I was invited to another local church event! (You'll find this to be a running theme while we are in Wales, I think). I'm always up for new worship experiences, and this one, called the "Filling Station", is a new one to the area! 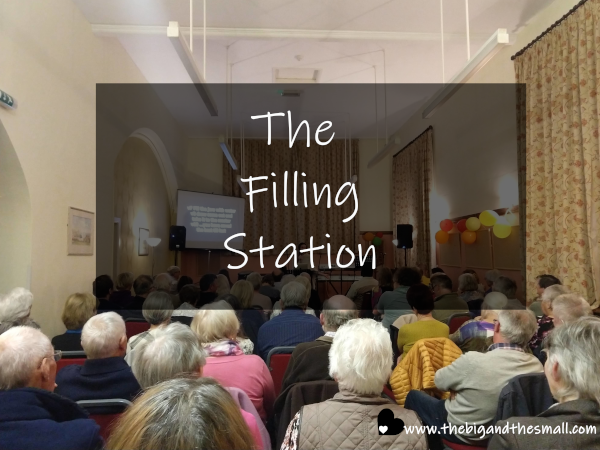 Emily picked me up around 7pm and we headed to the community center where the event was to take place. As soon as we pulled in the parking lot we could tell it was going to be a crowded event - even with the parking attendant directing people the parking lot was a bit of chaos! We finally parked near the entrance (blocking someone in) and headed inside. 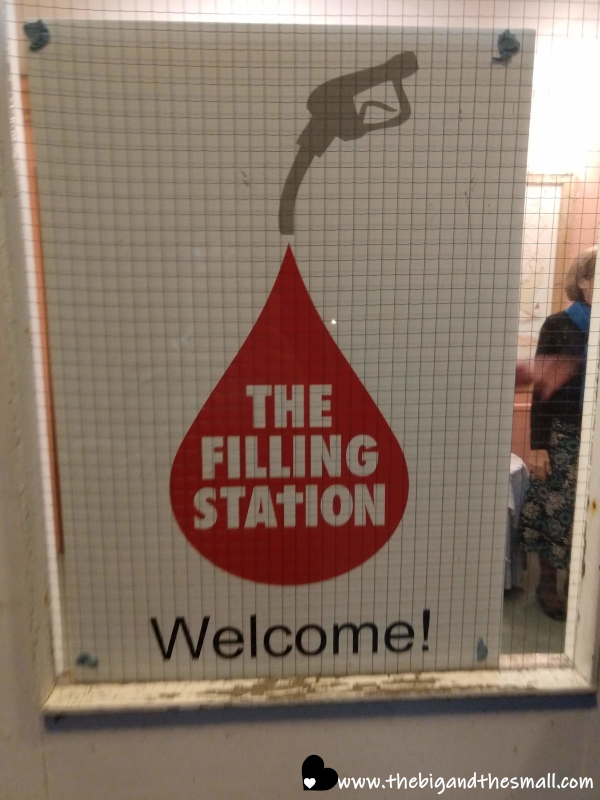 Once inside we found a large crowd, much larger than the organizers expected. It was still five minutes before the event was scheduled to start and there were no seats available! I was a little worried I was going to spend an hour plus worship service standing the whole time... but then someone started pulling chairs out of a back room and somehow we made room for everyone. 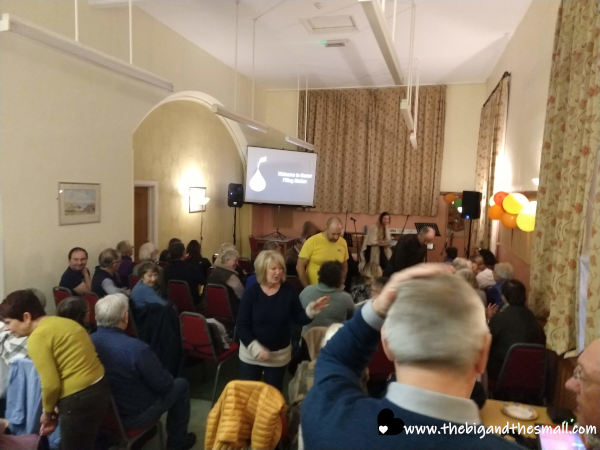 The Filling Station is actually an organization that plants and creates new worship opportunities in communities. It appears to be ecumenical and is focused on monthly worship that has great music and energetic preaching. The music style focuses on contemporary music from Christian artists - I think I only recognized one or two of the songs we sang all night. On their website they actually quote Charles Wesley as the reason for using contemporary music; apparently he once said 'The people of God need fresh manna to worship God every day.' 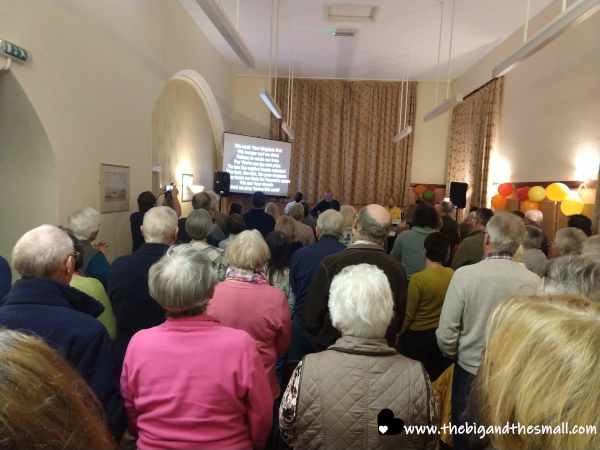 The energy in the room was pretty incredible. The band was quite good and even though I wasn't familiar with most of the music everyone around me seemed to be. I was surprised by the mix of ages in the room - most church events I've been to here (and back home, usually) have been mostly older folks. While the crowd was still over half filled with people older than 60, there were quite a lot of people 40 and under as well. Everyone sang loudly and with enthusiasm, and many people raised hands while singing or felt comfortable praying out loud in between songs. It was a very different energy than I usually see in worship, and I felt energized by it.

The speaker for the evening was a young woman whose name I didn't catch, but she was incredible. Her message was all about being made new - she spoke of how she believed God is doing something new in this area (Gower), and that God is doing something new in all of us who were present that night. At times she spoke like she had a message for just one person, saying things like "I know someone here tonight needs to hear this." I usually feel a little 'put off' by preachers who try to speak as if they have a particular message for just one person in the room, but the way she spoke felt genuine and not forced. 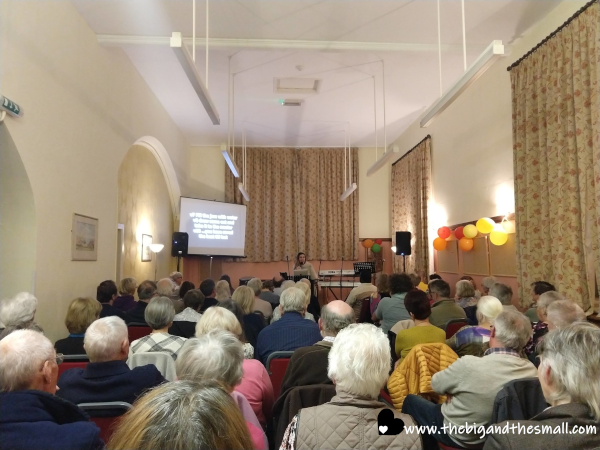 At one point during her sermon she invited us all to form small groups of four and speak to each other about what we feel God doing new in our lives. Again, I usually don't like this kind of 'interactive' worship, as I am a bit of an introvert when it comes to worship. But everyone I interacted with was so friendly and welcoming that it wasn't as awkward as I might have feared.

I really resonated with this message of new, as I feel like this whole adventure we are on is God doing something new in our lives. We don't know what exactly our future holds, but it definitely feels like God is doing something new and unexpected! I won't lie, there was a point in the night where it felt like I might have been the person in the room the speaker was talking about and speaking to. I'm so glad I went to this worship service, as it was very moving and I think a word from God I needed to hear. 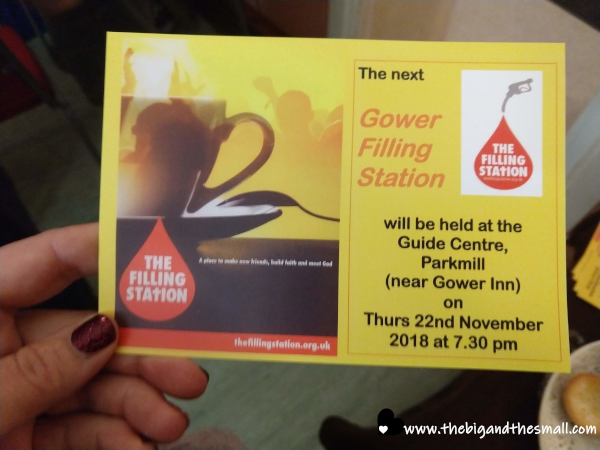 If anyone reading this is in the area, I highly recommend checking out worship at The Filling Station the next time you can!