We are making friends all over the place in Wales - yesterday we got a text from the pastor and his wife inviting us to join them on a trip to the bay. It's about a two mile walk from our house so theoretically we could walk there, but then I wouldn't have the energy to walk around the bay and still get home. So we were grateful they invited us on their trip! 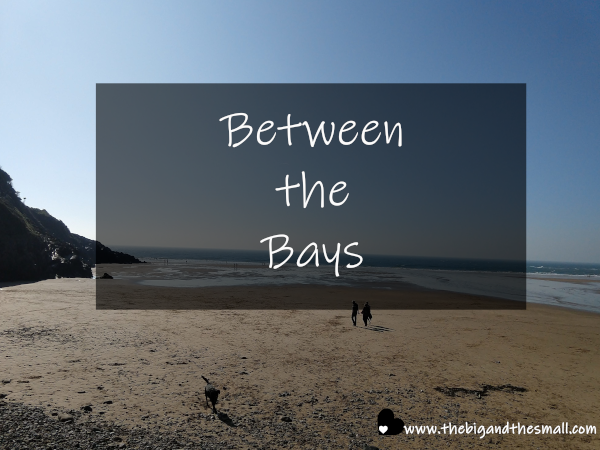 We started at Caswell Bay, and the water was at low tide so the beach was huge! There are cliffs on each side of the bay, and at full high tide there is actually no beach at all. At this time the beach was clear, the sky was blue, and the temperature was perfect for exploring. 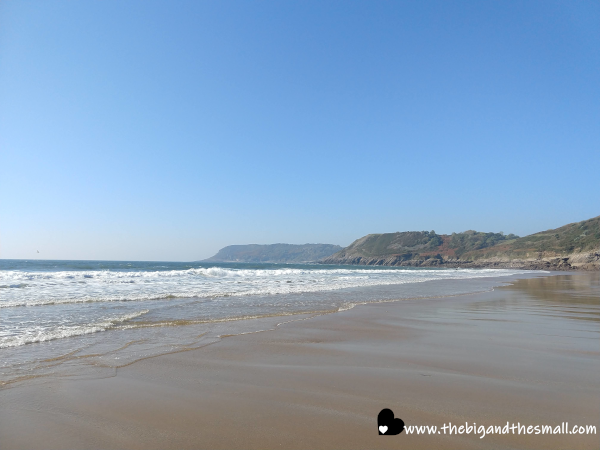 The water wasn't quite as cold as I expected (from what I felt putting my hand in), and there were people heading out to surf! Apparently this is a very popular surf spot, and despite it being a random Wednesday there were quite a lot of people out on the water. 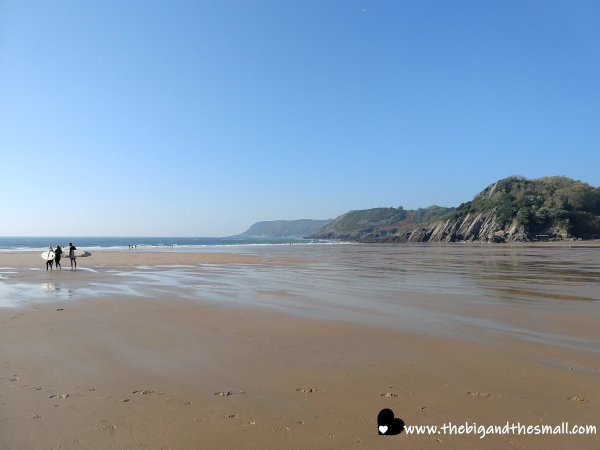 Joel had sandals on so he was able to walk out into it some. I on the other hand kept getting as close as possible to take pictures and then running backwards so the water couldn't engulf my tennis shoes. 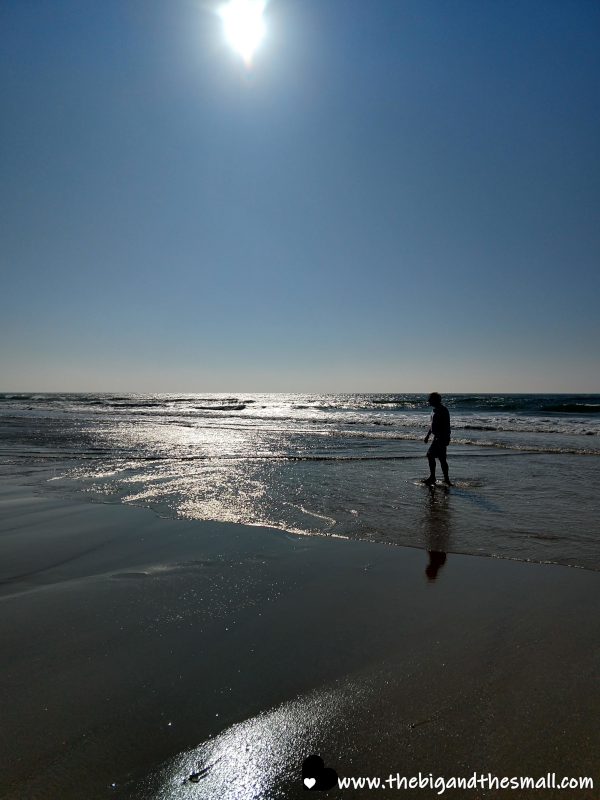 In the summer, dogs are not allowed on the beach. Once fall hits however the pooches can come out to play! Our friends' dog, Cooper, came with us and it was fun to throw a ball for him to run and catch. They had this great gadget that picked the ball up and then you could throw with it, which was great since I was not about to touch a ball covered in both sand and dog slobber. 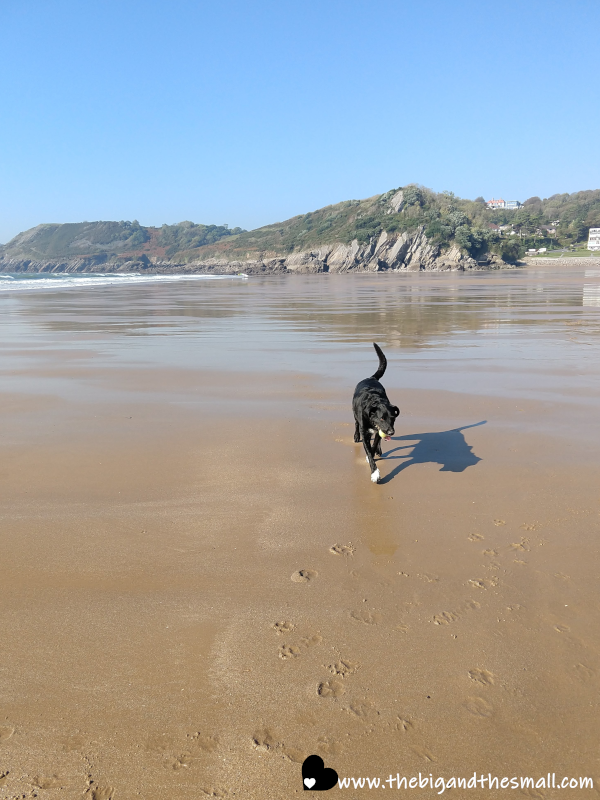 Since we were with friends we were able to snag a rare picture of Joel and I together on the beach! The thing in his left hand is the ball thrower device. 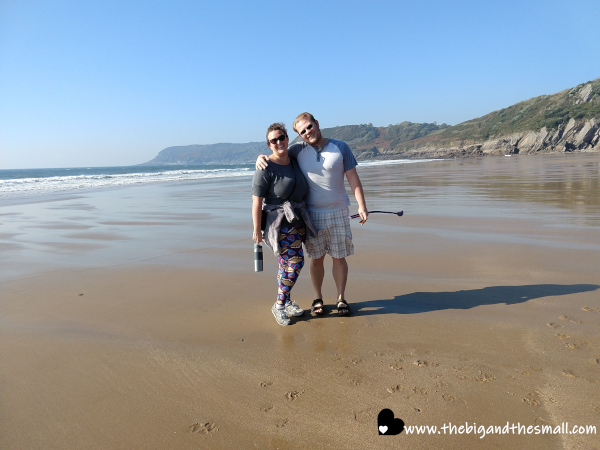 After we hung out on the beach at Caswell Bay for a while, Emily and their three year old son took the car to meet us at another bay, while we walked along the coastline with Andy and the dog. There was a great walking path with simply stunning views! It was about a mile and a half walk from Caswell Bay where we started to Langland Bay where Emily picked us up. 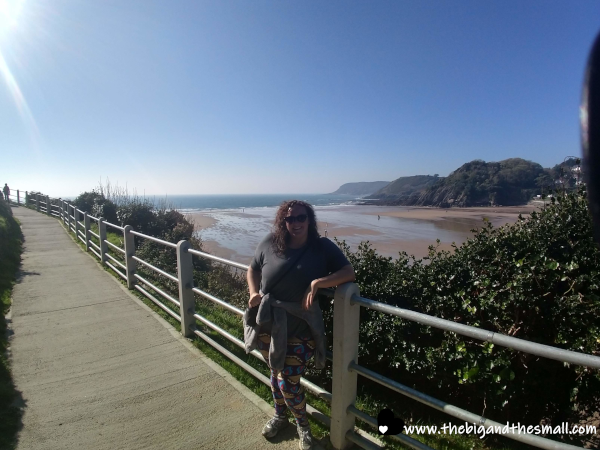 Andy and I had a great time chatting about church in general, the Methodist church in particular, and some of the differences between my experience in ministry in the US and his here in the UK. One major difference is in how appointments work - in the US we get appointed for 1 year at a time, here they get appointed for 5! They are also appointed to an area or location (and thus the churches in that area), whereas we are appointed to specific parishes. I always love talking shop with someone and the setting made it even better! (Even if I was out of breath sometimes on the inclines). 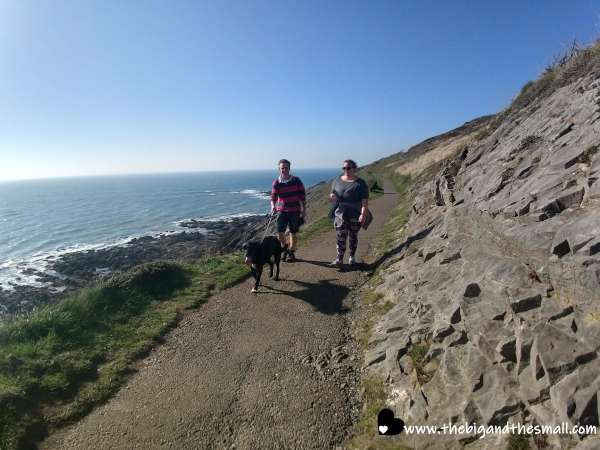 Seriously, the views, pictures do them no justice! But here's one more try before we go. 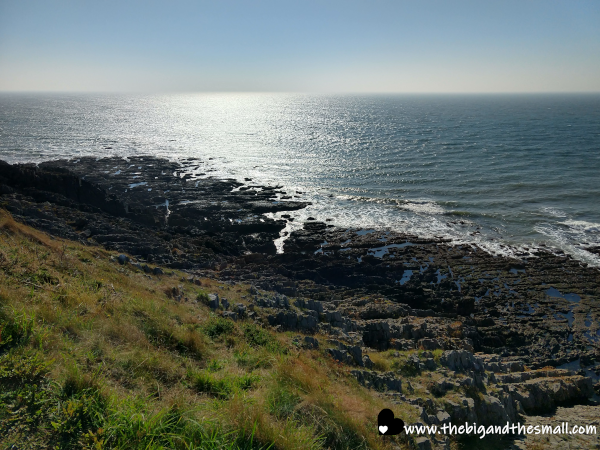