This week we took a walk down to Mumbles so we could check out the town, eat at a local pub, and most of all, check out the local castle! That's right, there's a castle just chilling in the middle of town. 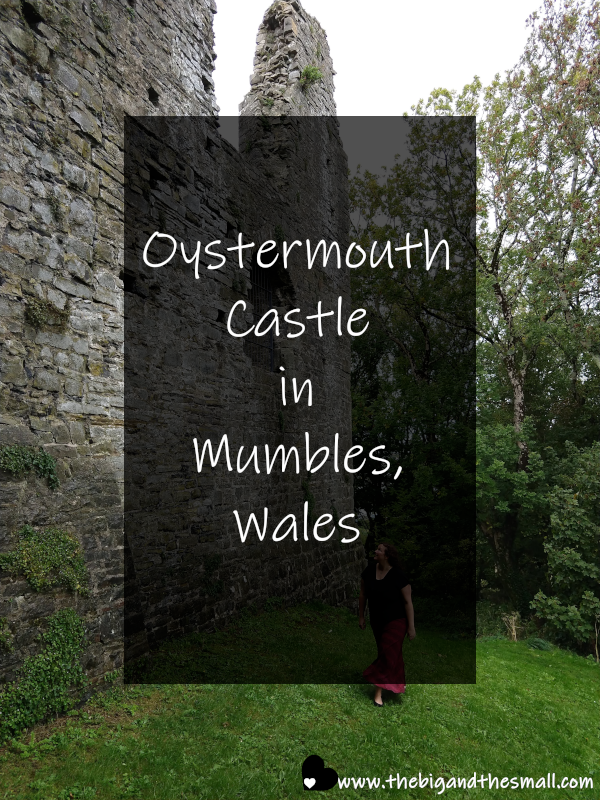 When Christina and Andy drove us through Mumbles before they left, they literally drove by the castle and waved it off like it was no big deal. "There's the main street with restaurants, there's the Tesco Express, oh there's the castle, there's the..." I interjected with, "What?! There's the castle!?" "Oh yeah, it's the local castle" and then they just kept driving. Like it was nothing. Like we see castles every day. Which I suppose, around here, they do.

But we are from the United States where we don't have any castles, anywhere! So to us, castles are still a big deal. From our housesit it's about a two mile walk to the castle. Not too far, but it took us a couple weeks to find the time to head down there. The castle really is right in the middle of town. When you stand at the base of the castle grounds this is the view of the part of town right next to it. 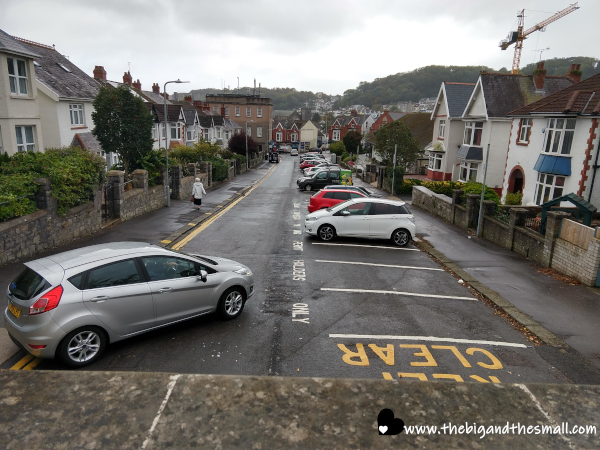 When you turn to look up at the castle from the exact same spot, here's how close it is! 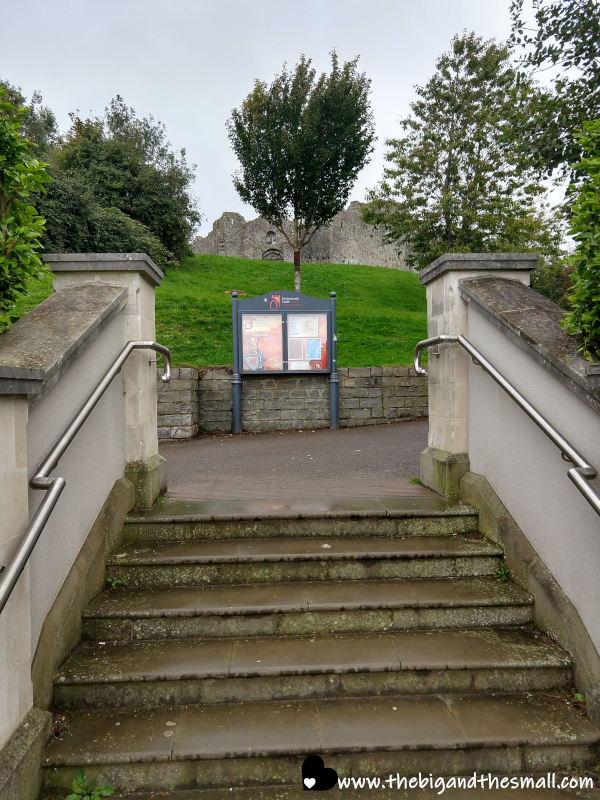 We walked up the small incline towards the castle and it just kept getting bigger and bigger. The day was overcast and drizzly but it was still quite beautiful. 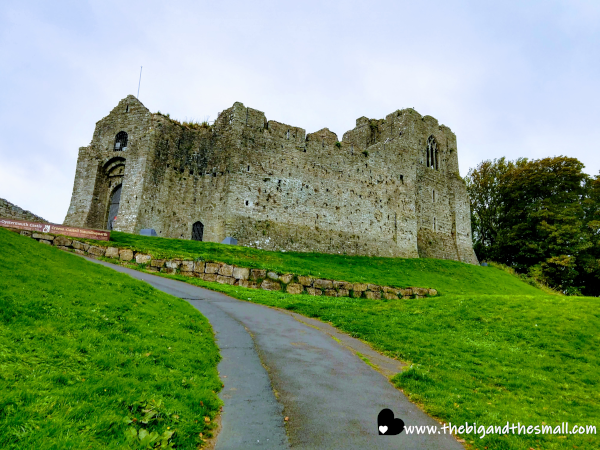 As you get close the top they have this short history of the castle laid out for visitors. It was built in 1106 and was in use as a castle until about 1650. For many decades after that it fell into ruin and disrepair, before receiving funding for restoration in 2010. The National Assembly for Wales was investing £19 million in heritage site to boost tourism, and Oystermouth castle received £1 million of that. 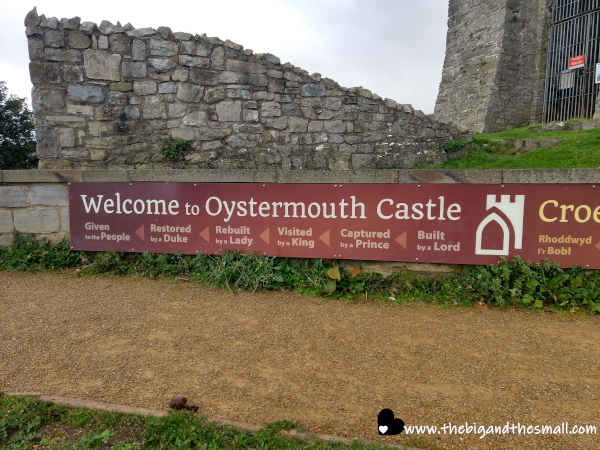 Once you are at the top close to the castle you can see just how large it is. 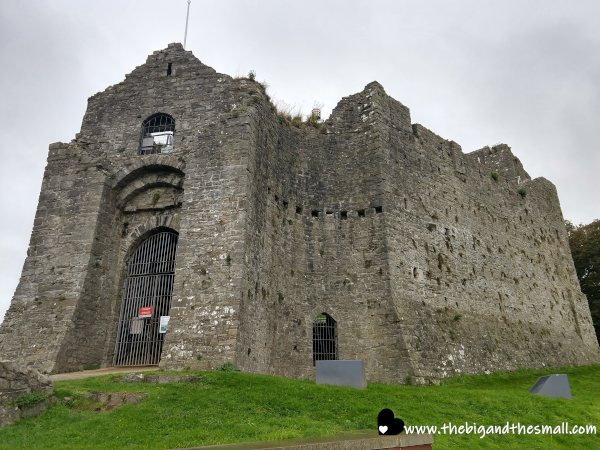 You also have an amazing view of the town, the coast and the Gower peninsula if you turn around. 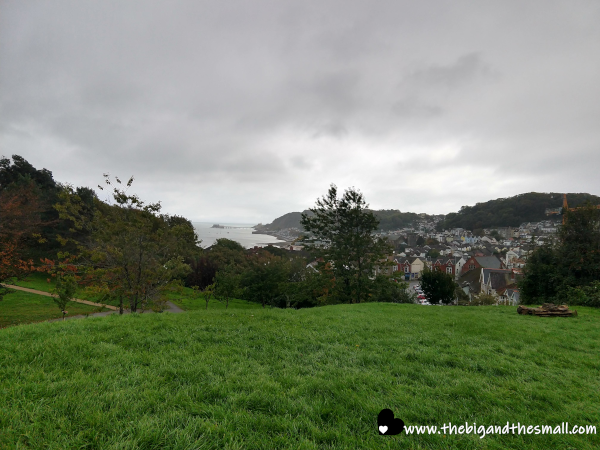 When we got to the entrance we were disappointed to learn that the castle was closed for the season. Whomp, whomp. Apparently we only missed it by a week or two and I am so bummed. According to wikipedia there is a chapel inside that contains a painting from the 14th century. I would so love to see inside but it won't be open again during our time here. We made do with walking around the outside of the castle instead. 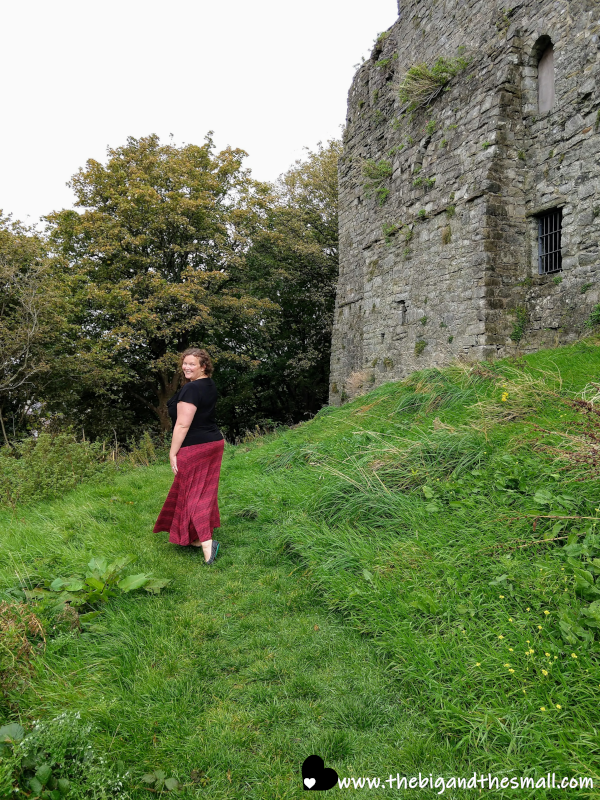 There were some beautiful arched windows on one side, I wonder if this is part of the chapel. 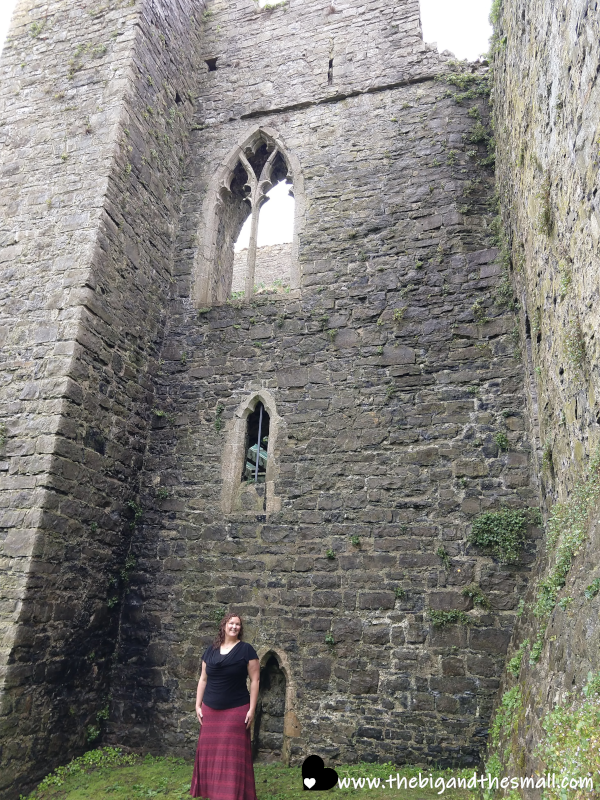 As we were getting ready to leave someone came by walking some dogs and offered to take a picture of the both of us. She was a very nice lady but a sup par photographer so this is the best shot of the two of us. At least the dog is cute! 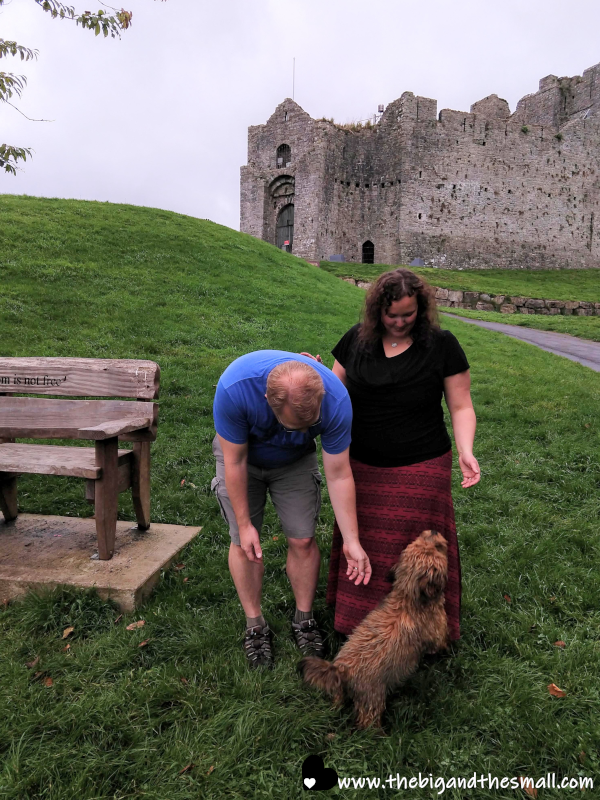 There was a bench nearby where we sat and relaxed for a little bit. It is inscribed with the phrase 'Freedom is not free' and is a memorial for World War I. I've heard that phrase a lot in the United States, so it is interesting to see that it is used here as well. 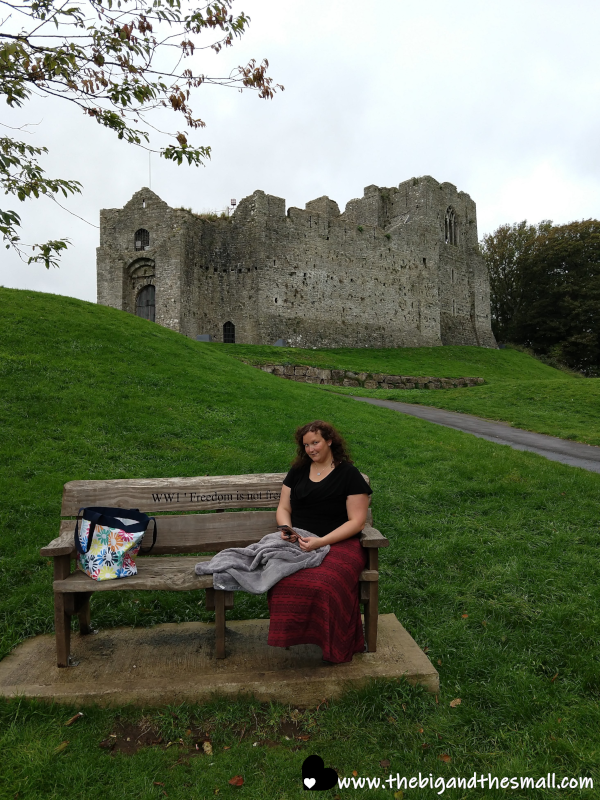 While I was bummed we didn't get to go inside the castle, I'm still glad we made the trek to go see it. I can't wait until we get the chance to explore one fully someday soon!