Perhaps my favorite part of Wales so far has been getting involved in the local Methodist Church. It's nice to be somewhere long enough (with a church close enough) that we can really get involved in a community. 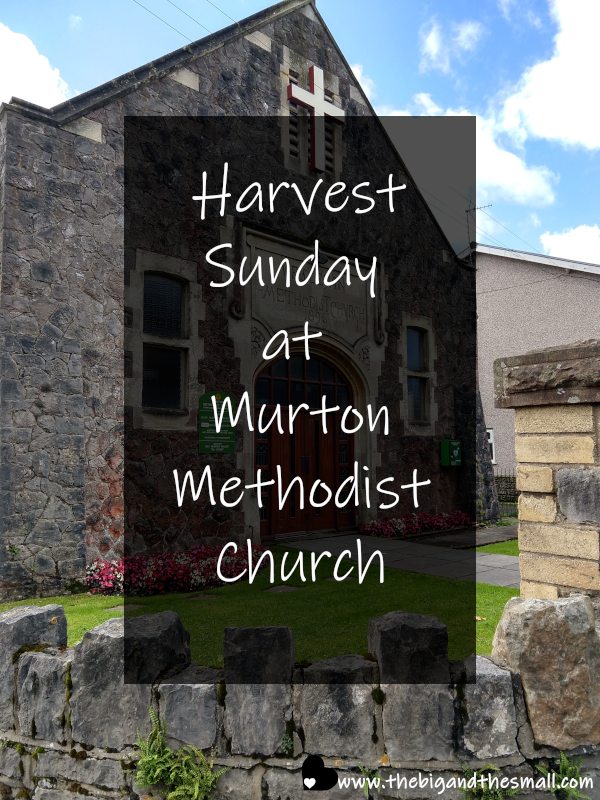 The first Sunday we attended was cold and rainy, but fortunately for us it is less than a five minute walk to the church. Attendance was lower that day because of the weather and a downed tree nearby that delayed or deterred many people. This church is part of an 11 point circuit, which I think is similar to what we would call a district in the U.S. (Though I haven't fully figured out the polity here yet). The pastor of this church is Rev. Andy Walker, and he rotates his time between four of the churches on the circuit.

There are a lot of similarities between this church and what I am used to back home, but some differences as well. I've been surprised at how different the music is. First of all, the hymnals don't actually have the music in it! I was so surprised! When I know the hymn it's easy enough, but if it's one I'm unfamiliar with I just kind of stumble along. Additionally, at least four times now I have known the tune, but they have completely different words. At least that kind I can sing along with. 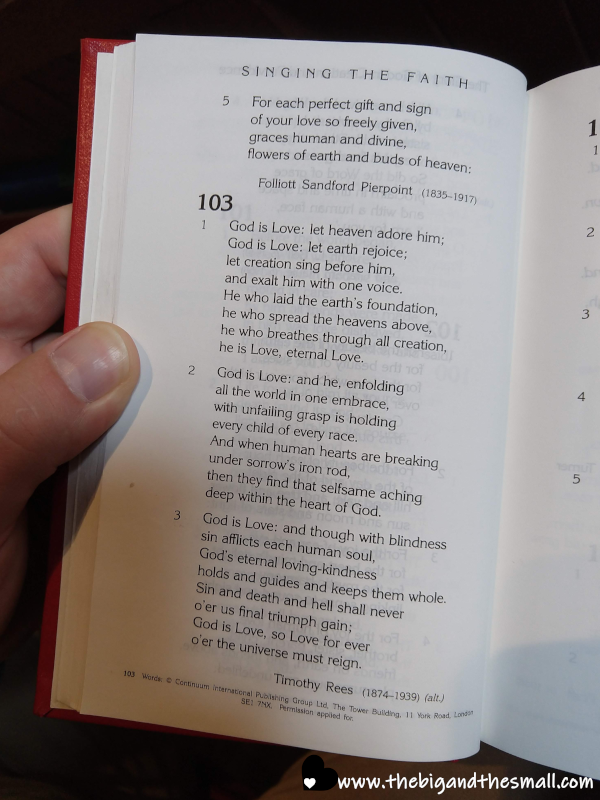 The church was already busy preparing for what is called "Harvest Sunday" around here. When we heard they would be decorating on Saturday we decided to stop by and see if we could help out. I'm glad we did because Joel's height came in handy! We helped put some flowers and other arrangements in the window sills. 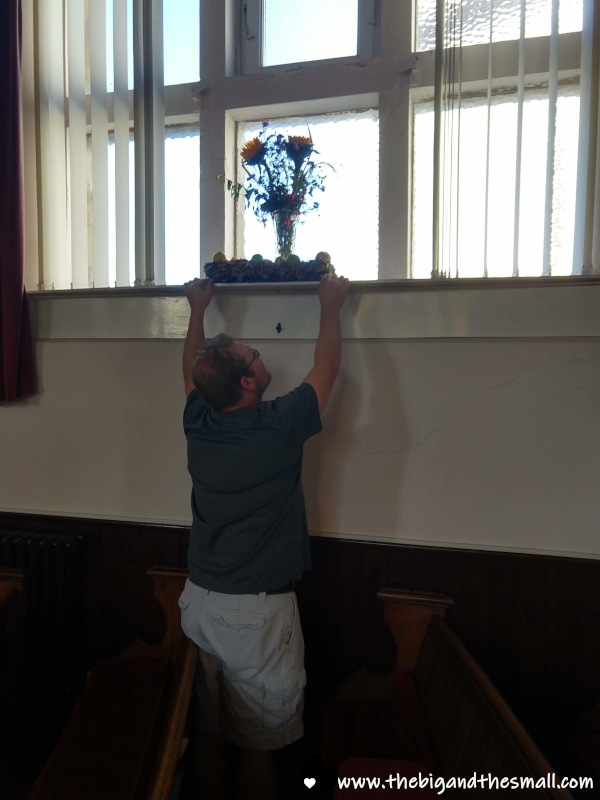 The church ladies were busy decorating the front of the church and it was starting to look beautiful. I was surprised at how much fresh produce -fruit and vegetables - were being used. I've never seen that before! 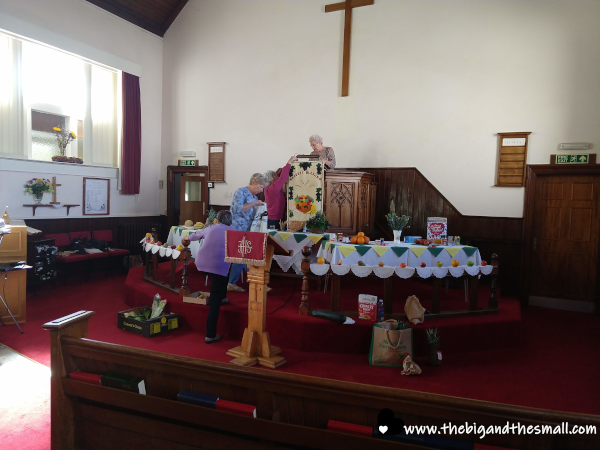 Harvest Sunday is a big deal and celebrated in churches across denominations across the UK. Everyone was surprised to hear that we don't have an equivalent in the United States! The more we talked about it though, I think it is somewhat similar to Thanksgiving. Harvest Sunday is more specifically farm/crop related, and very much a church holiday, while Thanksgiving has more general gratitude themes and is very much a family holiday. Both holidays celebrate the idea that we should be grateful for what we have, what the earth gives us, what God has provided, and use that as a reminder that we should be giving back to others as well. 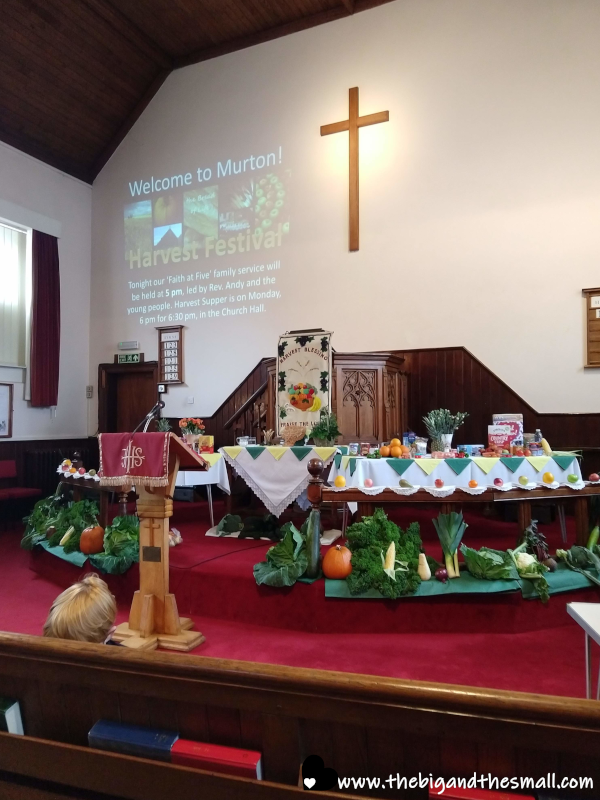 It was fun to walk into the church Sunday morning and see what else the ladies pulled together after we left. The entrance to the church has this gorgeous display. The flowers were leftover from a wedding, and then the produce was added for Sunday morning. 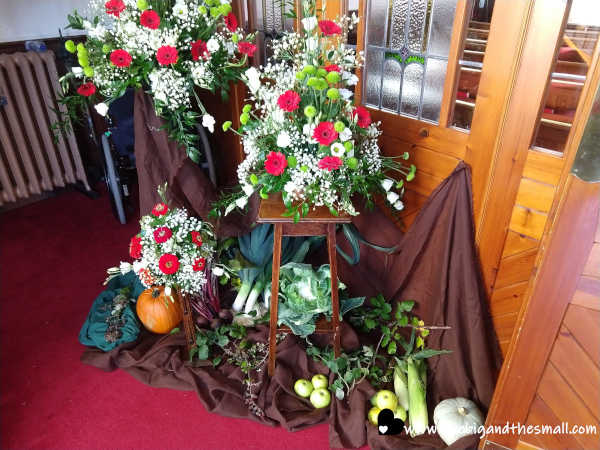 To the right of the entrance they had a section set up to resemble the local farm shop! I thought that was adorable and rather clever. 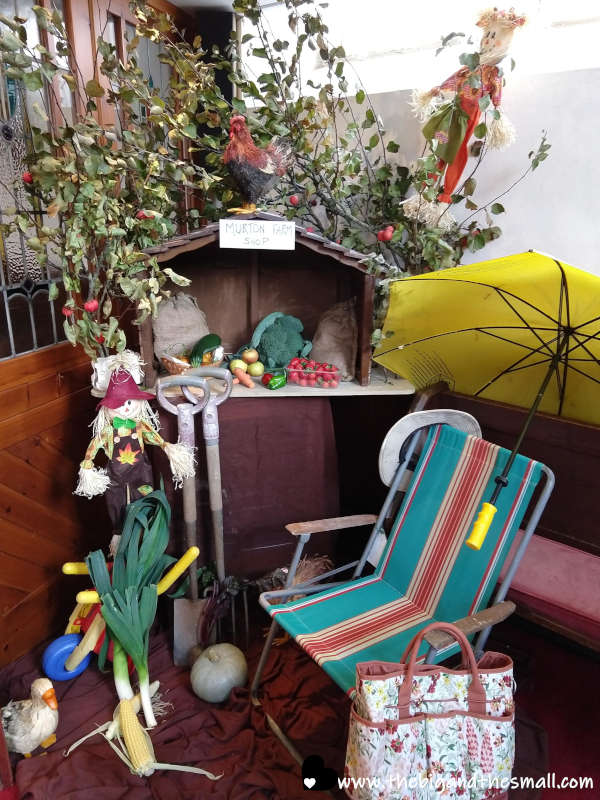 The altar area was one of the most beautiful and colorful displays I have ever seen. All of the food on display was donated to the local food pantry later in the week. 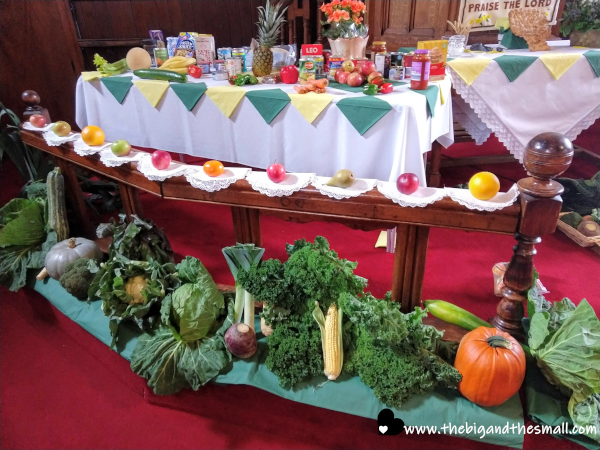 The actual worship service for Harvest Sunday was very celebratory and all of the hymns centered around gratitude - one or two I recognized as ones we would sing back home around Thanksgiving. The liturgy focused on the seasons of the year, and particularly the season of Autumn as being a time to reflect on where we have been, give thanks to God, and prepare for the winter ahead. The sermon had quite a creative illustration - Pastor Andy made a green smoothie right in the middle of the service! 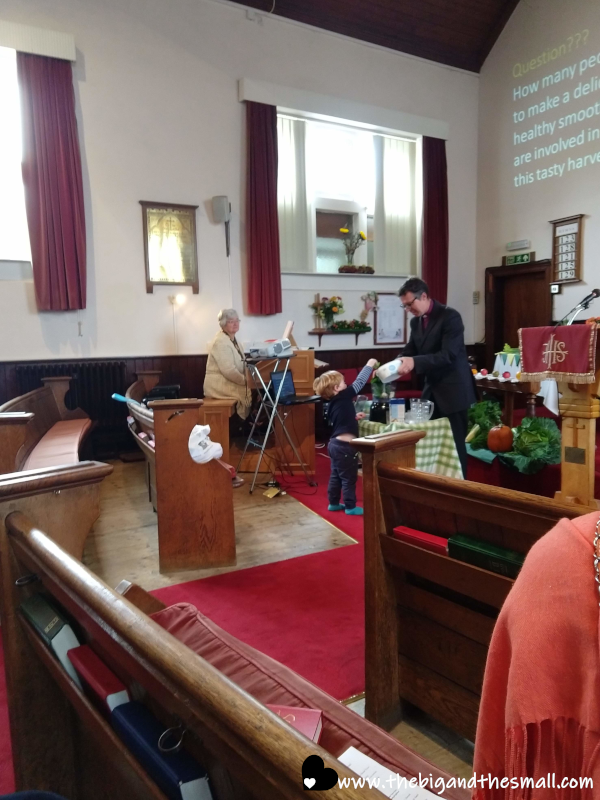 He passed samples around to the congregation to mixed reviews. It was a mix of cucumber, spinach, banana, and apple juice. We had a bit and really it was quite tasty - just needed to be blended a little more as it was still a bit chunky. For reflection, he invited us to think about how many people have a part in us drinking a green smoothie - those who planted the crops, nurtured them, harvested them, packaged them, transported them, and sold them at the grocery store. It seems like such a simple thing, until we begin to think about everything that really goes into it. For all of these pieces he encouraged us to give thanks, and to think about how this might apply to other parts of our life as well.

The next day, Monday, the church hosted a Harvest Dinner in their fellowship hall which is a separate building across the street from the church. I didn't take any pictures of the meal, but it was delicious - ham, salad, boiled potatoes, beets, coleslaw, bread and butter. The best part however was the dessert. They had several puddings (mixes of fruit and pudding) and homemade apple pie topped with warm custard. I've never had apple pie like that before but it's how I want it from now on! 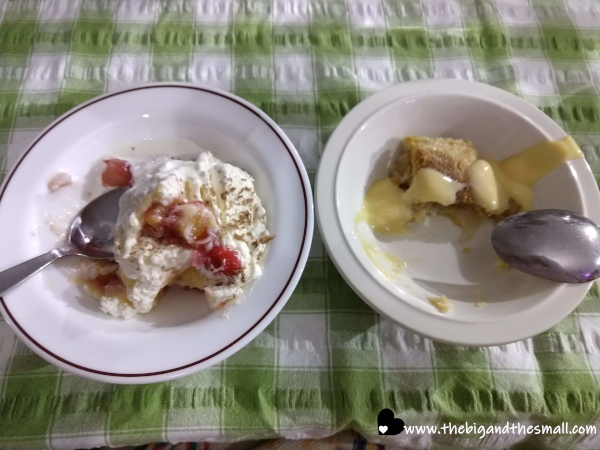 During dinner we got to know another pastor from the area and his wife, as well as getting to know Pastor Andy's wife Emily. It turns out she has family near London who is going to visit in a few weeks, so they are going to pick up our lost luggage and bring it to us! We are ever so grateful to save the time/money of a trip to London on our own. After the dinner there was a focus on world hunger and a spotlight on relief organizations. 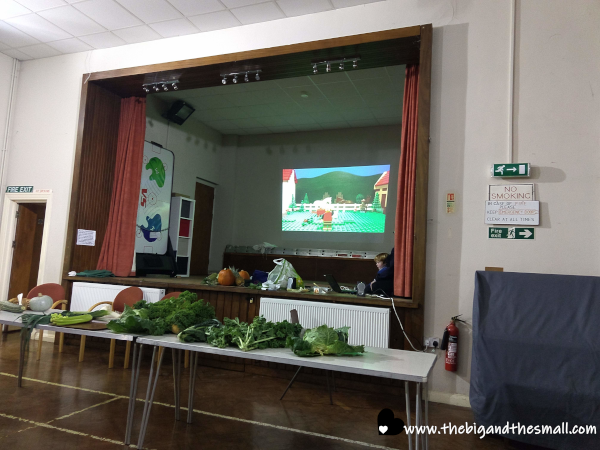 We enjoyed our first Harvest season celebration, and we are really grateful for this opportunity to get involved in a community. It's the best part of housesitting in my opinion! What do you think - would you want to travel in this way? To get to really settle in a community and experience it for a while? Or would you rather travel fast and see the highlights? Both have their pros and cons!