Before our hosts left us to our own devices, they made sure to tell us about one of the local pubs. The Plough & Harrow was fairly recently voted the best gastropub in all of Wales - and it is a five minute walk from our housesit! What luck! 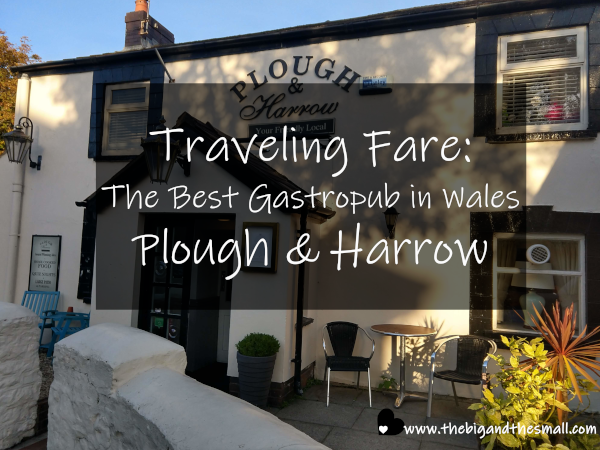 Boasting the title of best gastropub (a pub serving high-end  beer & food) in Wales means that while the Plough & Harrow is certain to give you good food, it's also going to give you some higher prices than you might expect from a normal pub. So it's not really in our usual budget to go to a place like this, Joel insisted on splurging for my birthday. (Isn't he sweet?!)

We first tried to go on the Sunday right before my birthday, after church, but it turns out you need reservations for this joint! We walked in and when we said we didn't have a reservation they looked at us like we had two heads. Apparently they had over 100 people on the books for lunch that day and had absolutely no room to fit us in (even though the place was practically empty when we were there at noon. They don't serve food on Mondays (but do have a quiz night) so we ended up making a reservation for lunch on Tuesday, the day after my birthday. 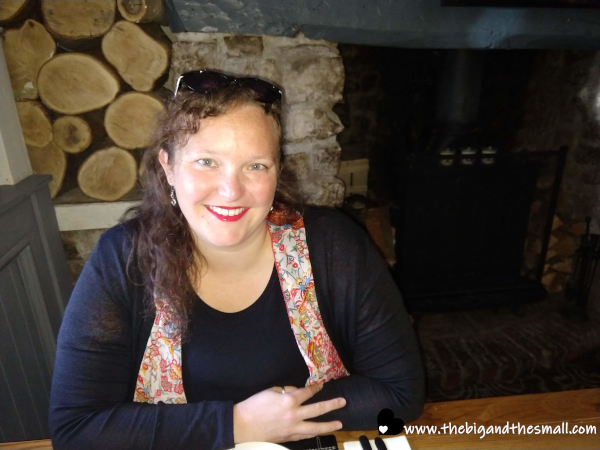 I took a picture of the menu before we left that day so I could spend a few days deciding what I wanted to get. The first thing that caught my eye was an appetizer called Welsh Goat's Cheese Beignets, served with textures of beetroot and truffled honey. Um, yes please! I stuck to that choice when we ordered and I am so glad I did, it was amazing. I think it was mashed potato mixed with the goat cheese and then fried... it's definitely something I could never recreate at home. 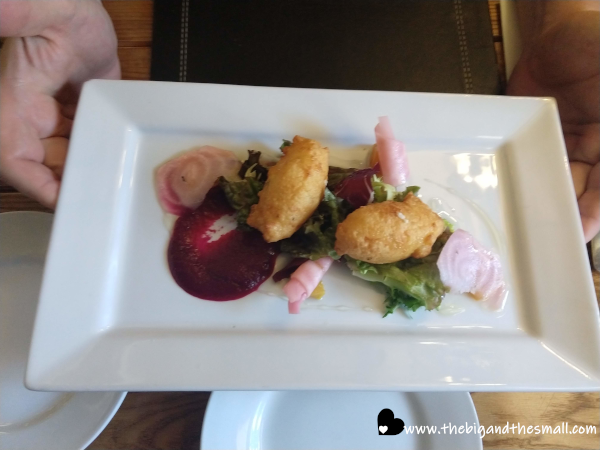 For the main dish, which we split, I ended up making a rookie mistake. I had picked out on the menu what I wanted - something yummy and complicated that I could never make myself. But when I looked at the full menu on Tuesday there was a new option that distracted me - macaroni and cheese! I had literally just talked about how I missed mac and cheese and I couldn't resist the idea of a gourmet mac and cheese, so I ordered it. 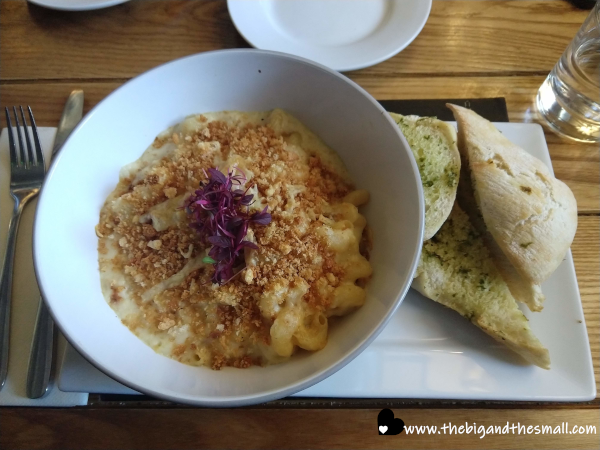 Now don't get me wrong, it was delicious, probably one of the top 5 mac and cheeses I've ever had. In hindsight, however, I wish I had ordered something different. I make a killer homemade mac and cheese that is just as good as the one from the restaurant (if not a tiny bit better if I'm being immodest). I need to remember that at restaurants - especially famous fancy ones, I need to order something I would never in a million years try to make myself!

While the food was excellent, it was quite pricey - the beignets were £7 and the mac and cheese was £10. I think they were worth more like £5 and £8. I also thought the atmosphere and the service was a bit lacking. The interior was rather bland and boring, certainly nothing to write home about. The service was less than friendly. It wasn't busy in the slightest, and yet we barely saw our waitress. For a place voted the best in the country I expected a higher caliber of service to go along with the high caliber of food. 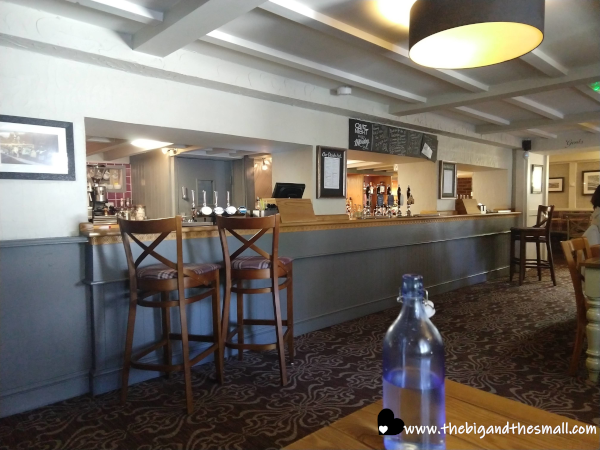 I'm glad we went and tried it, but I don't think we'll go back. We'll stick to budget places that have just as good of food (though less fancy and cheaper) and better service.