Our First Weeks in Wales

Our time in Wales has gotten off to a rocky start thanks to some lost luggage that put a cloud over our arrival. I tend to be a worrier (a habit I need to work on breaking) so thinking about the bag, everything in it, what we would do if we never got it back, etc. really took over my thought process for our first week or so here. Thankfully, we recently learned that the bag has been returned to the airport by the person who accidentally took it, so now it's just a matter of getting to London and picking it up! 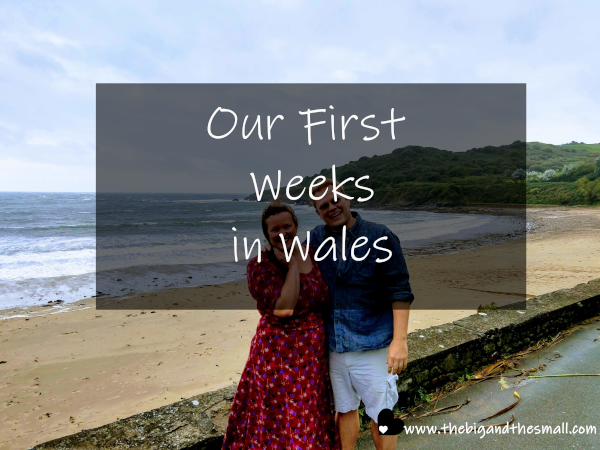 Now that the fog of that has lifted, I'm ready to reflect on our time here so far, and get started on the rest of our 10 weeks! It's seriously so much time, our longest house sit yet, and I think I'm gonna love it. It's nice to feel like we can really settle into a place because we don't have to pack up and leave again anytime soon. Our goal is to really get involved in the local community as well.

The couple we are housesitting for here is Andy and Christina. Fun fact - they are both former police officers! Andy retired after 30 years on the job, and Christina shifted to being a travel agent after 13 years. Now that he is retired and her business is based online, they are free to spend part of the year at their apartment in Spain, which is why we were here to watch their home in Wales and take care of their cats, Nessie and Hamish.  The cats are brother and sister, both black (though Hamish has some white) and both very sweet. Christina really dotes on them so we have a big task ahead of us to love on them as much as she does! They are getting up there in age - 17 - so they both have a few health problems, but nothing we can't handle.

Here's Nessie on our first day here when she was still a bit wary of me. Now she spends a couple hours most evenings curled up in my lap as we watch TV or I read my Kindle. I love having a kitty to snuggle with again! 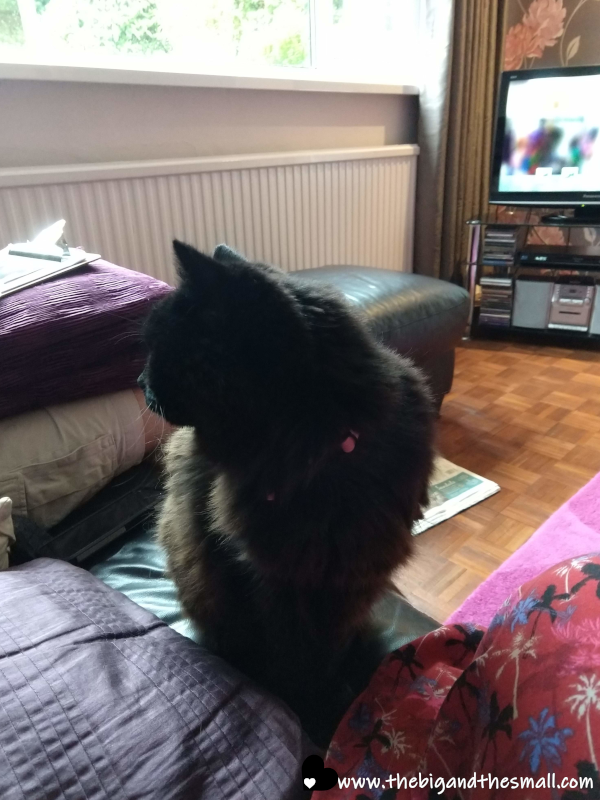 Here's Hamish being adventurous and looking out the window, though we learned after he isn't supposed to be up there. They are both allowed outside so during the day we leave the door to the backyard open so they can come and go as they please. The other day I looked out the front window and spotted a cat in a tree that looked just like Hamish! Joel checked however and Hamish was lounging in the back yard, but it gave me quite a fright (or I would have been impressed with him, not sure which I felt more). 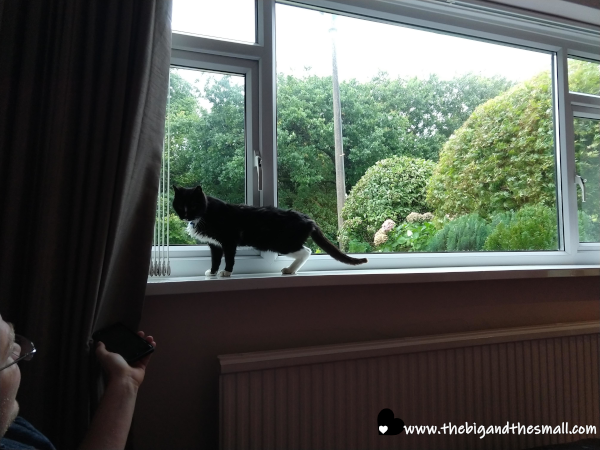 Before Andy and Christina left they showed us around the village and took us down to the bigger towns we are near - Mumbles and Swansea. They took us down to the coast, though the weather wasn't great. It was super windy, cold, and rainy, so we didn't stay long. Instead we went grocery shopping at a Lidl in Swansea; it's very similar to an Aldi. We were able to stock up on tons of food for only £65 which is about $86. We are hoping to explore the Mumbles/Swansea and coastal area a lot more during our time here, though it will take a lot of walking or figuring out the bus system!

Until then there is quite a bit within easy walking distance of us. My favorite shop is the Murton Farm Store, which I'll probably do a full post on at some point. It's a local farm that opens up a shop only on Fridays and Saturdays, and it has the feel of a Farmer's Market. I would want to shop at this place regardless, but the huge bonus is it's less than a five minute walk! And everything is really well priced! On our first visit we got potatoes, garlic, bananas, and the biggest zucchini I've ever seen for less than £4. Seriously, this huge zucchini (or courgette as they are called here) was only £1! 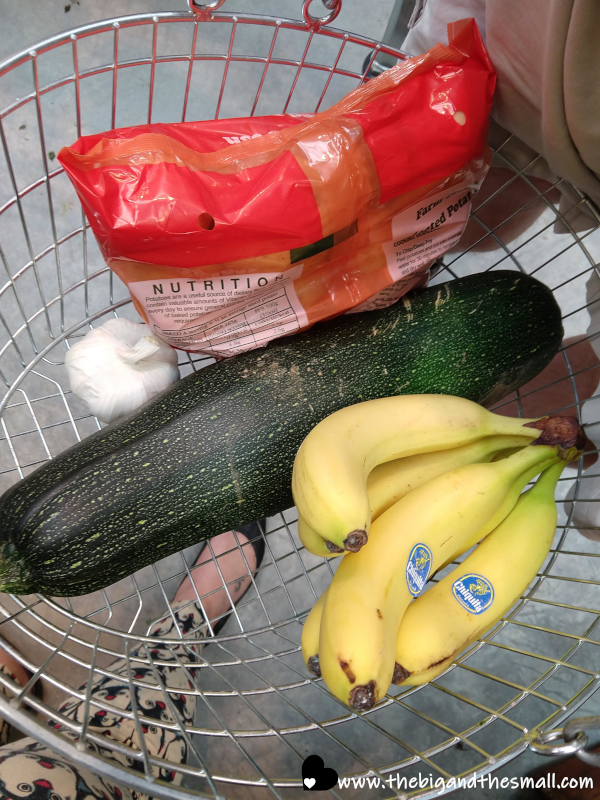 I'm so glad Andy and Christina took the time to show us around the village because there are a ton of hidden walkways that are on "common land". The entrances are often rather hidden, or look like they would be on someone's private property, so it's doubtful we would have found them on our own. Since they showed us how to use them, we have access to shortcuts all over the area! 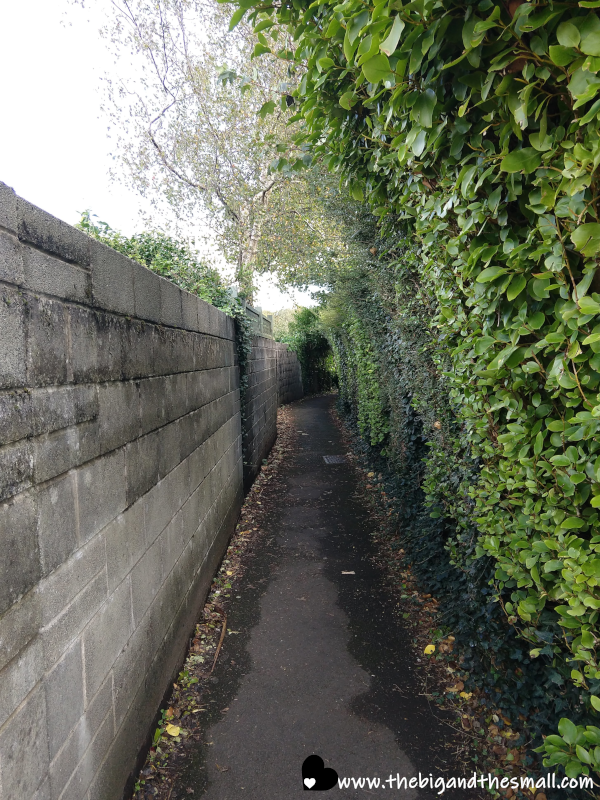 The one that takes us across the village to the Co-op (local small grocery store) is called Providence Lane. It's a gorgeous walk that takes us behind houses, a school yard, and through the woods. What would be a 45+ minute walk on the streets takes us less than 20 on this hidden pathway! 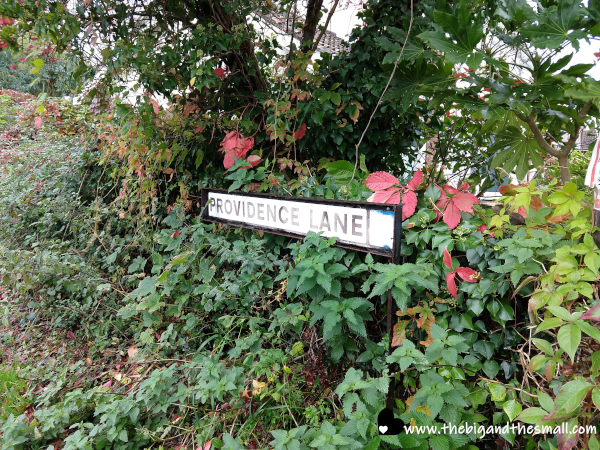 Since they left we've done some exploring on our own and found all sorts of other hidden pathways as well. It's really fun to wander around and see what we can discover! 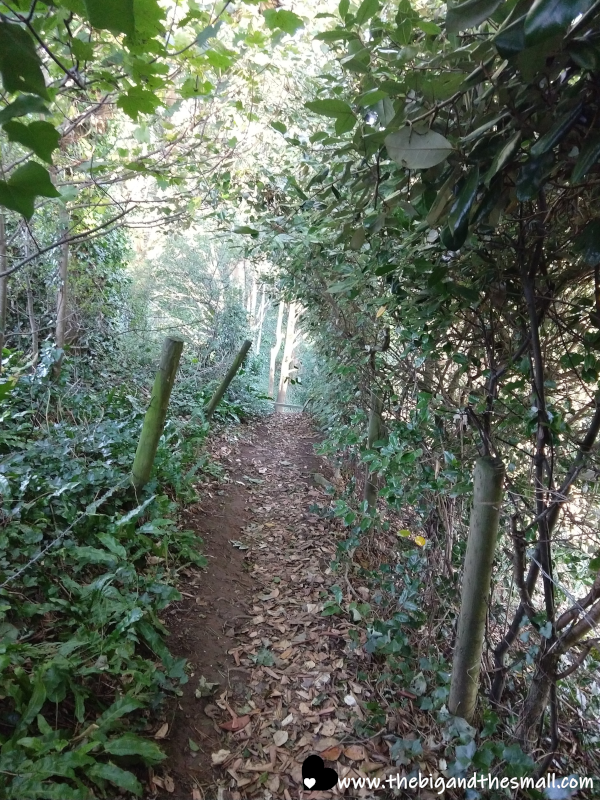 We've also had time to start getting to know and getting involved in the local church. When we interviewed for this housesit, after I shared I am an ordained UMC pastor, they told us there is a Methodist church about five minutes from their house. That made me so hopeful we would get this one - and so excited when we did! The local church is small but mighty, and they have been incredibly welcoming so far. We've gone to worship two Sundays in a row now, and on Saturday we even popped over to help decorate the sanctuary. Tonight we were given tickets to attend their Harvest Dinner so you know I'll report back about that in a few days! 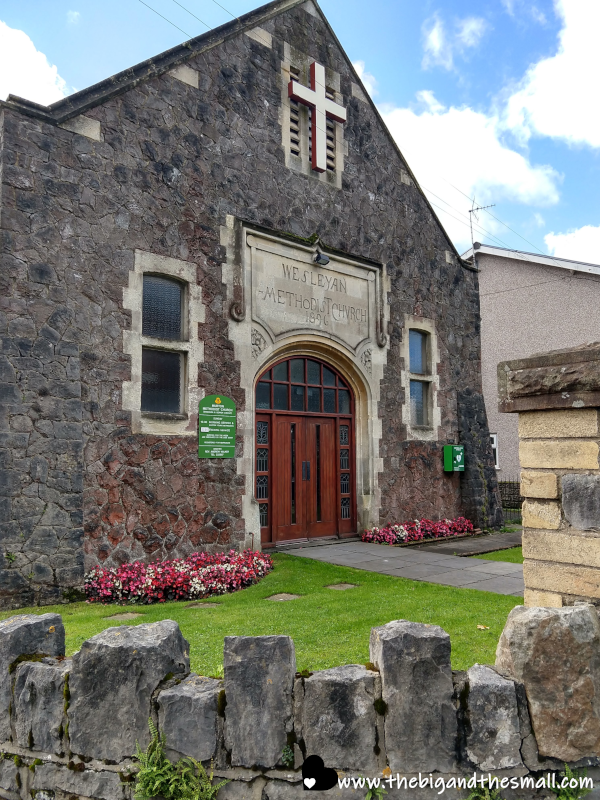 The weather here is very fall like right now which is my favorite. We are trying to see how long we can go without turning the heat on (and hopefully save them some money)! They have a nice fireplace in the living room we can always use if we get too chilly. We already used it once on my birthday! 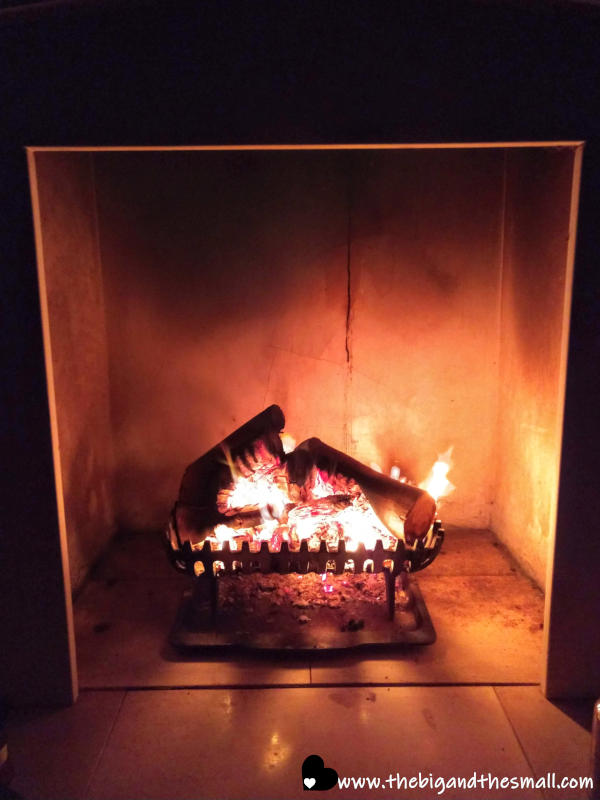 Our first almost two weeks now has been quite pleasant, and we are just now finding our routine for our time here. It's time to settle down, get some work done, and explore so we can show you all the wonders of Wales! Thanks for following along!