Mini Golf at the Freizeitpark!

Mini Golf is one of my all time favorite outdoor activities. My family used to play it a lot when I was growing up, and now I make Joel play with me every chance I get! So imagine my surprise and delight when we discovered a mini golf course existed a mere 5 minute walk from our current housesit! I practically skipped all the way there. 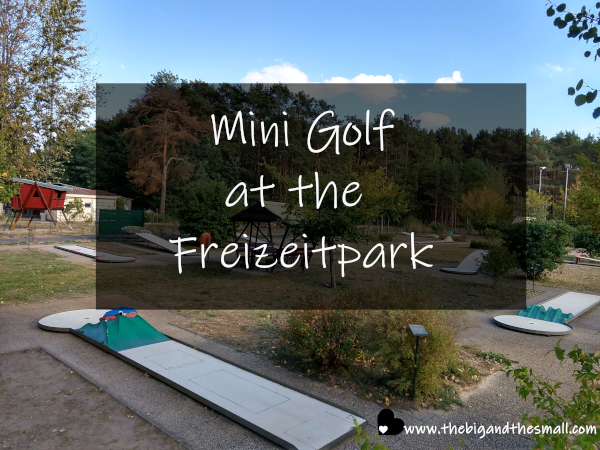 The mini golf is inside a place called "Freitzeitpark" which also has many other attractions including a small zoo, a giant swing, and multiple playgrounds. I will write a post about the whole place later, but today is all about the mini golf. Technically it cost €3 to enter the park, and another €3 to play mini golf, but the nice gal at the front gate let us just pay for the mini golf the day we went (as long we didn't tell anybody, shhh). I can't believe how great of a price that is! It usually cost us more like $5- $10 in the states.

The mini golf area is in the middle section of the park, surrounded by manicured hedges. When we walked through the break in the hedge to the first hole we were quite surprised to find that the mini golf didn't look like what we are used to seeing. We are used to holes created with artificial turf; that signature bright green is a color associated with all mini golf in my mind. The ones here were more like an athletic floor - something you might see in a school gym.

We started at the first hole and quickly realized that the different surface meant we had to play a little differently. It was smooth instead of rough like the turf, so the ball went a lot further with even a small tap. Over the course of the game we also learned that the golf balls themselves were different! They were made out of a different material than 'normal' golf balls - more rubbery, almost like a bouncy ball (though not quite so bouncy). We each had to adjust our techniques as we went along!

Some of the holes were quite straightforward and simple. This one, for example, just had this green obstacle to go through, but pick any one of them and your ball was making it to the other side where the hole is. 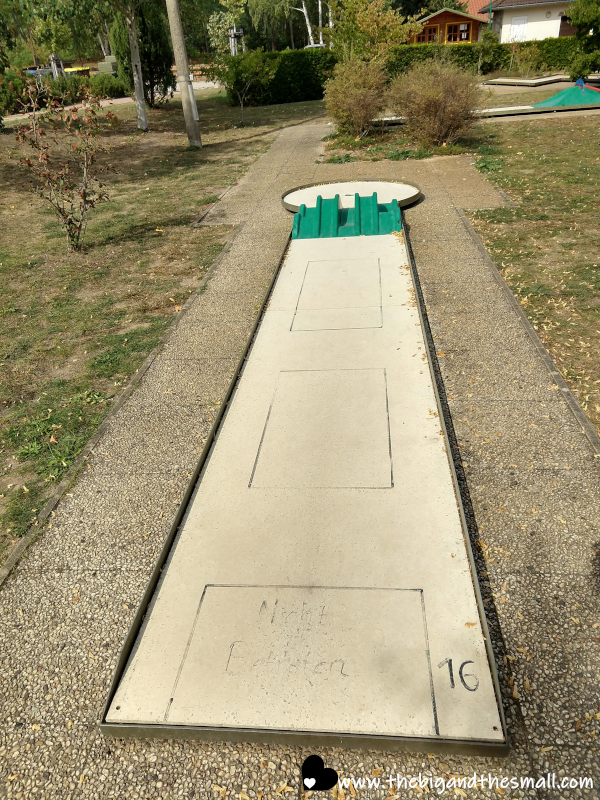 This next one the family ahead of us had a lot of trouble with, but I made it through the slot on the first try (Joel got it on his second shot). This is a pretty typical obstacle we have seen at other courses. 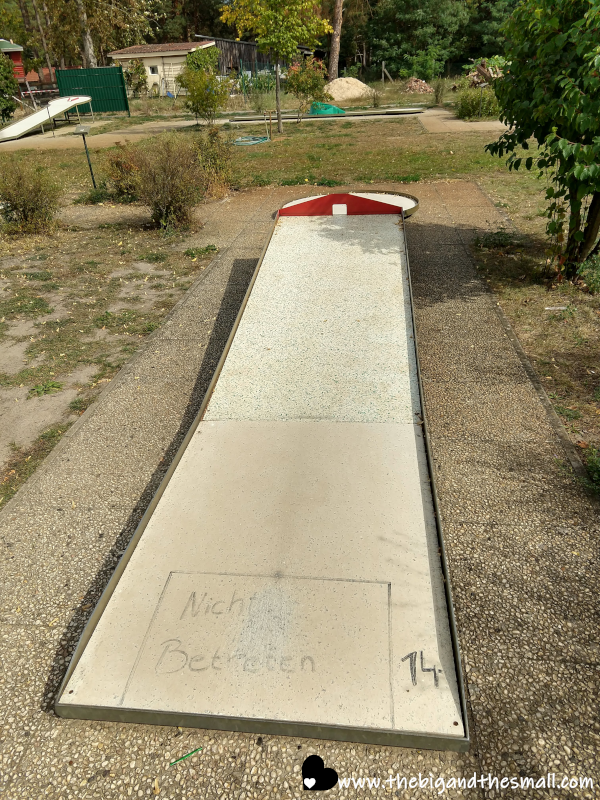 A few holes were a bit more challenging, like this one. This is where we really started to notice the bouncier nature of our golf balls. If you hit it too hard it would just bounce right out of the lotus flower at the end! (That happened to Joel once, and I learned from his mistake). I've seen regular golf balls bounce off of courses before, but with not nearly as much gusto as these ones did. 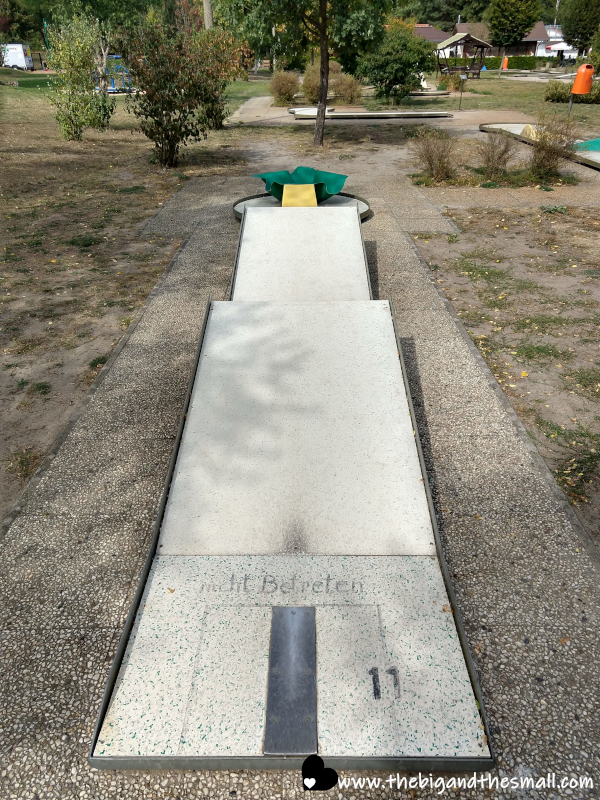 This next hole was the most unique one I have ever seen at a golf course - if you have ever seen anything like it please let me know! There isn't even technically a 'hole' to get the ball into - just the net at the end. You have to hit the ball just right so it goes up the ramp with enough speed and power to fly into the net! It felt like an odd cross between golf and basketball. Joel was able to get this one in 6 shots; I gave up after a dozen and never did get it. (We have a house rule that says we stop scoring at 8, unless the course says otherwise. That really came in handy here). 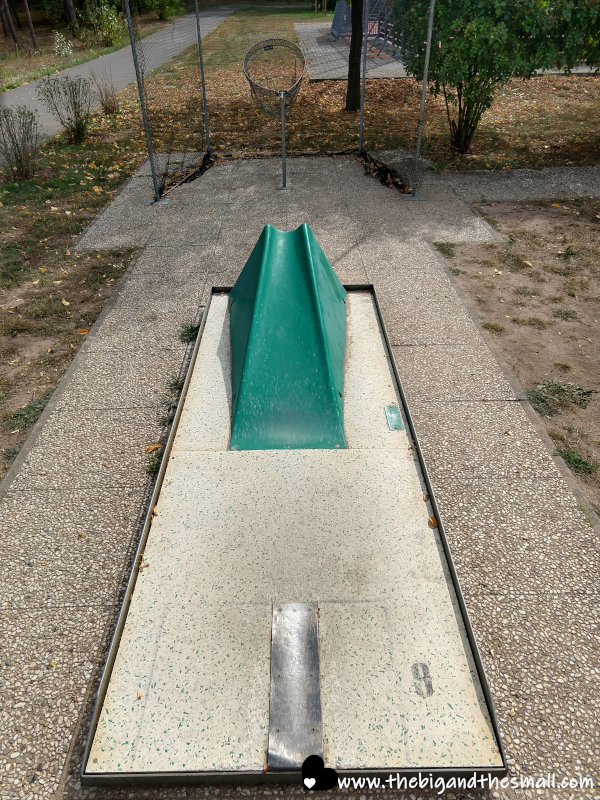 The first difficult hole we encountered was this one, which felt like a cross between ski ball and golf. You had to hit the ball straight up the ramp, make sure to get it into one of the openings (not hit the side of one like we did many times), and have enough power for it go up and around before gravity helped it back down. Once you hit it through an opening with enough force to get it around the bend you were guaranteed to get it in the hole, but boy was that hard! 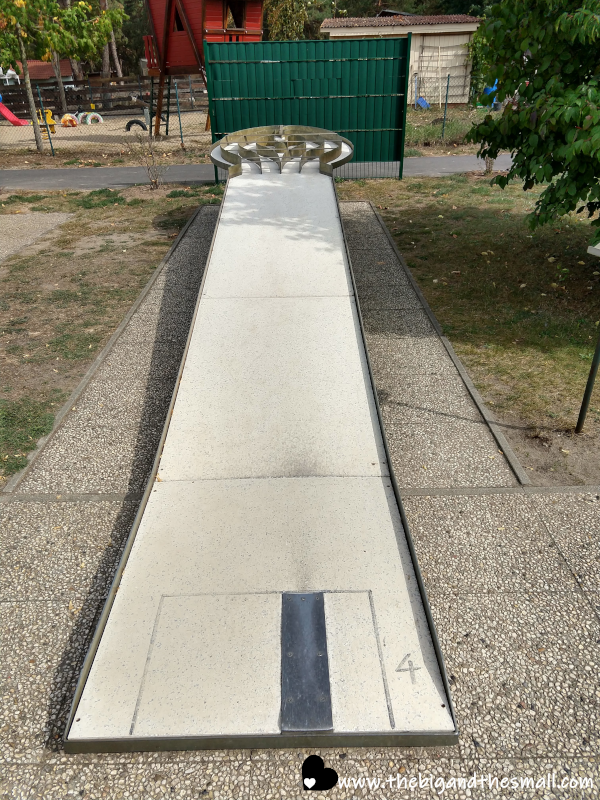 I think it took me 13 tries to finally get my ball in the hole, and Joel wasn't far behind at 11. I can't decide if this is a cool, creative mini golf hole, or just too difficult to really be worth playing. It was equal parts frustrating and hilarious as we each tried to figure it out! 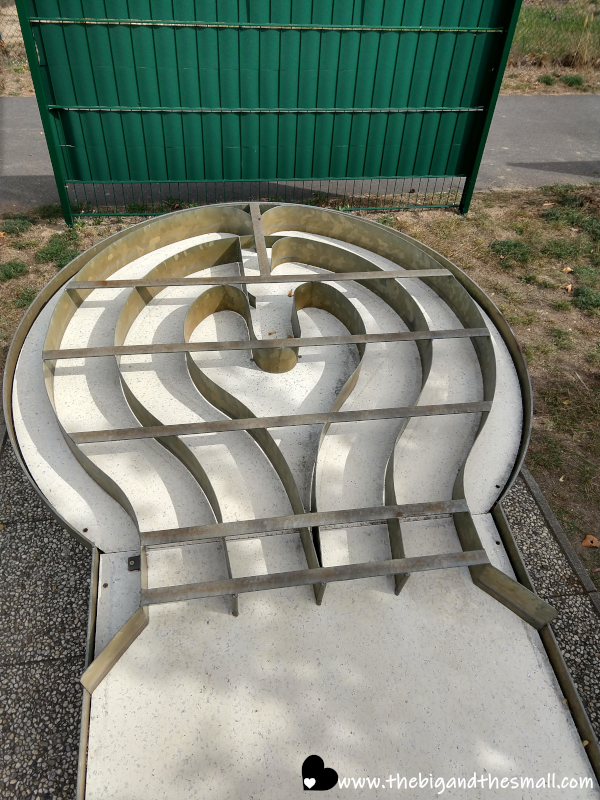 The last hole I want to highlight is one that was literally just straight up impossible for both of us - neither of us ever got the ball in the hole. It looks deceivingly simple. Glance at the picture and you'll probably think I'm kidding about how hard this one was. Look closer though, and you'll see what I mean! The hole is right at the top in the center of a hill. You literally have to hit the ball exactly perfectly and get it in the hole in one shot. There is no getting close to this hole, no tapping it in at the end. And because it's on a ramp, even if you hit it at the hole directly, if you hit it too hard or too soft you'll still miss. It will either shoot right over the hole or not have enough steam and roll back. You either get it, or you don't, and when you don't it just rolls down the hill to the other side where you can try again - endlessly.  We both gave up on this one eventually, though now I'm kind of itching to try it again. I shall not be defeated forever! 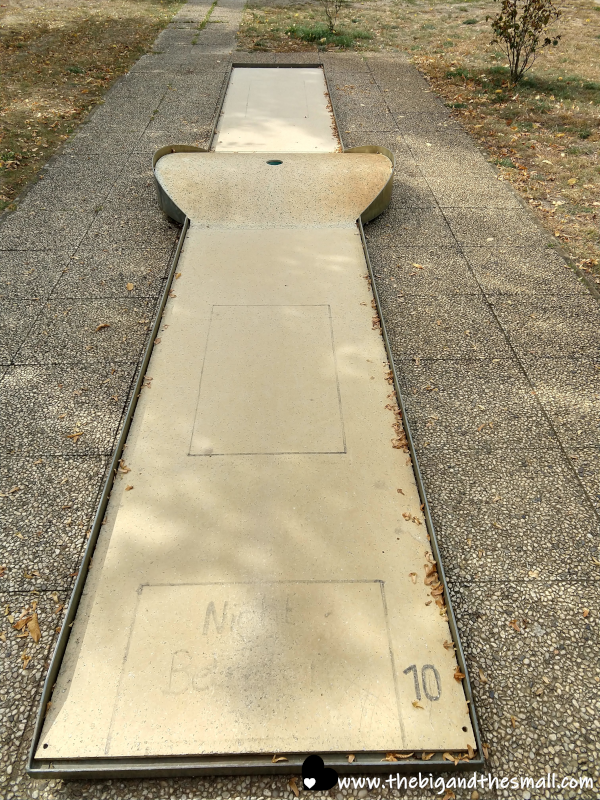 The entire game was pretty darn fun, though challenging in some very new ways for us. It definitely broadened our experiences of mini golf which is what travel is really all about! I had high hopes at the beginning that changes would level the playing field and I might get to beat Joel in a game for once...but alas, he kicked my butt as usual. 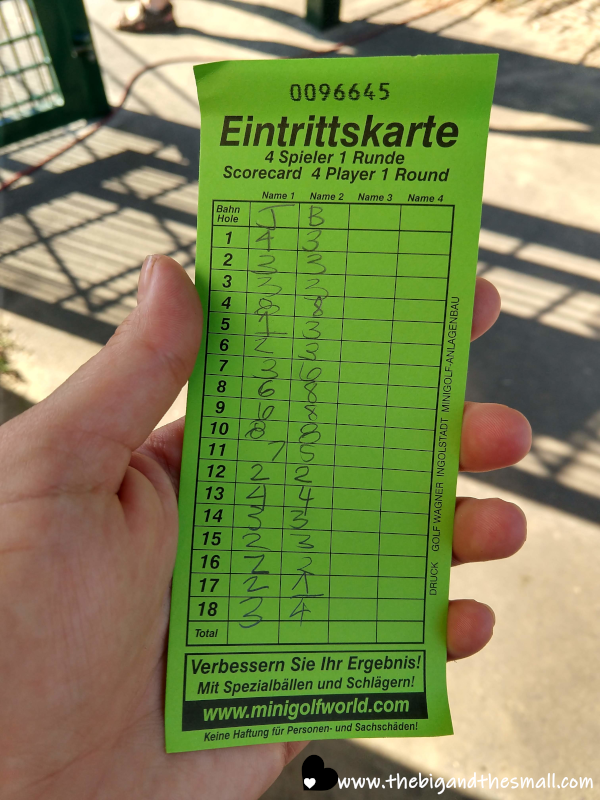 If we have time and it's in the budget I would love to play this course again. I'm also even more excited for any other mini golf places we might encounter on our travels and discovering what other difference there might be! So what about you - do you like mini golf? Do you (like me) try to play every chance you get? Do you think you would enjoy this German version? Let me know in the comments!