At our first house sit in Cyprus we only had one adorable dog to care for, here we have six bird and a cat! There's been a learning curve but I think we are getting the hang of it. 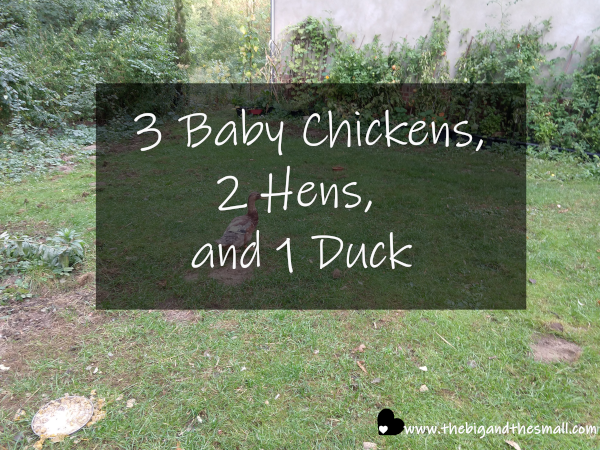 When we first applied to this house sit it was for two chickens, one duck, and a cat. I grew up with cats and had one when we got married, so we knew we could handle that part. As for the birds, we figured we are two smart adults, as long as someone shows us how to take care of them, how hard can it be? Then a couple days after we officially booked the house sit, the homeowner, Mary, emailed us with a frantic question titled "Urgent!" 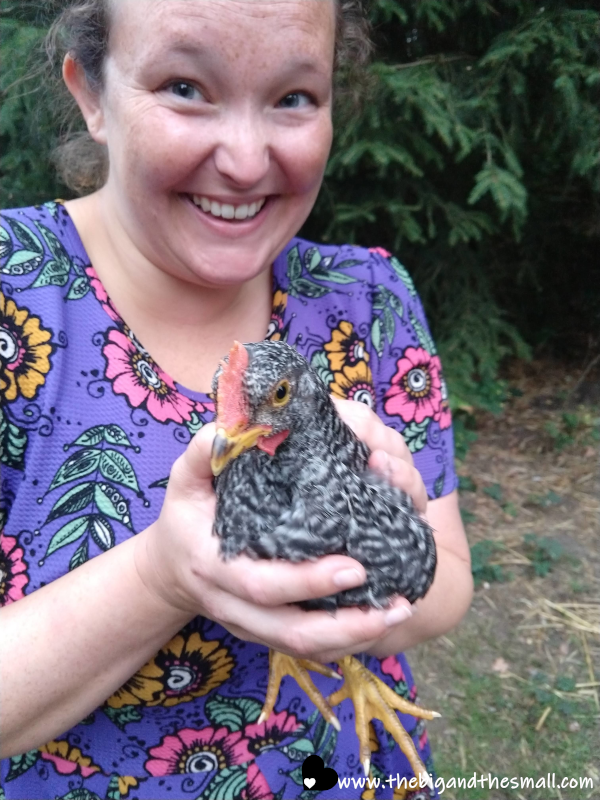 It turns out a few weeks ago they gave some eggs to their neighbors who said they wanted to raise chickens. They hatched and the neighbors started caring for them, and then they realized... they don't want chickens after all! I thought it was very sweet of Mary to check in with us before accepting the baby chickens back, she didn't want to give us more work than we had signed on for without our agreement. I told Joel and we figured, hey, how much harder can it be with three more birds? Plus, we couldn't let poor little baby chickens end up homeless! And so our charges at this house sit doubled. 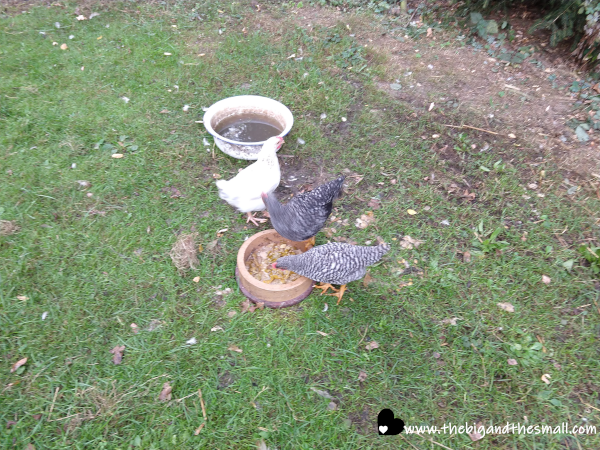 The baby chickens are super adorable, and it's lucky too, because they not only doubled the amount of birds to care for, they more than doubled the work! The older birds are super easy to care for. Let them out in the morning, make sure their food dishes are full, clean the coop, and at night they go into the coop when it starts to get dark, so all you have to do is lock the door behind them. 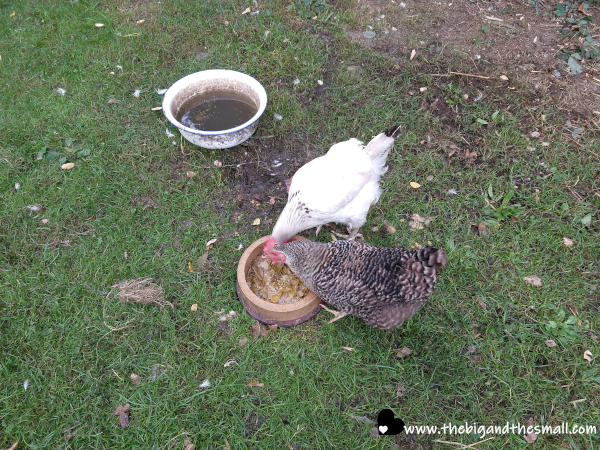 The babies, on the other hand, cannot be out all day. The property here backs up to the woods, and there are predators that will try to eat the chickens. Just a few weeks ago they lost their rooster to a fox. For the most part the older birds can either defend themselves, or know to return to the coop if they sense danger. 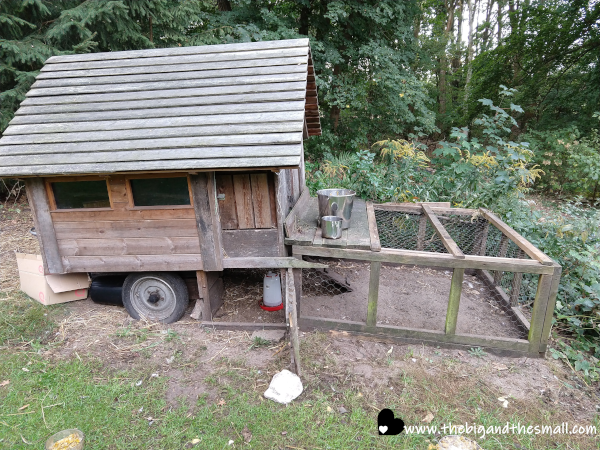 But the babies aren't that strong or smart yet. Since they can't be out all day like the older birds, but Mary doesn't want them cooped up all day, we have to let them 3-4 times a day. If they are out of the coop we have to be out there watching them for two reasons: 1. the aforementioned predators, and 2. the big chickens! Janet (the darker colored one) in particular has a nasty habit of going after the little chickens, and if we aren't careful she'll come away with a mouthful of feathers. This is a picture I snapped just today of Janet going after the babies. 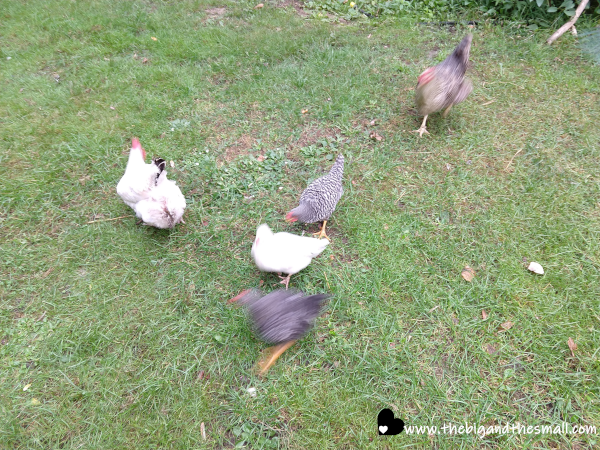 We've learned we have to be fairly aggressive with the older chickens, especially Janet, although Chrissy (the white one) isn't great either, to keep them away from the babies. The duck is better with them, and a few times he has chased them back to the yard after they tried to wander into the woods. Janet on the other hand is a b-word, especially if food is involved. When we put new food out she wants to be at each dish just in case it has better food than the last one. Our technique for dealing with her is to hold the rake in our hands and stand guard. We don't ever touch her with it but we shake it menacingly enough that she stays away from the babies. 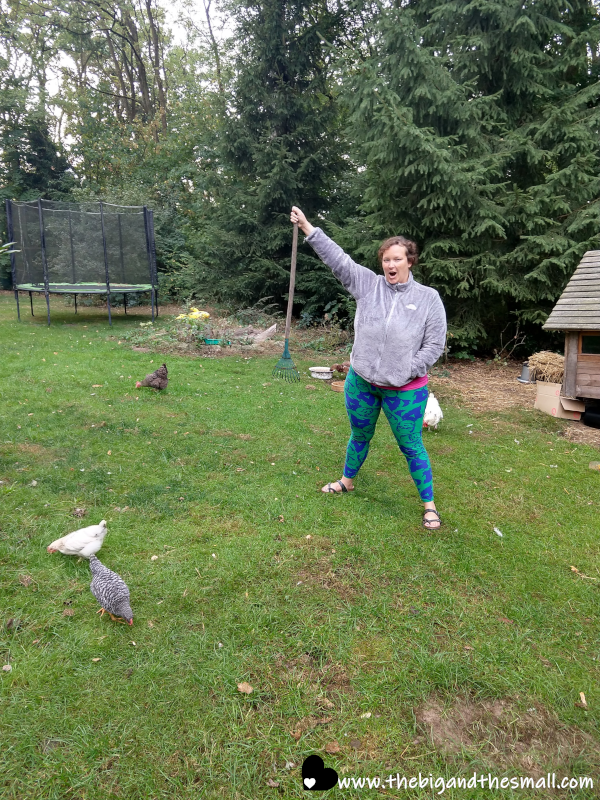 Feeding the chickens is pretty straightforward, though a little more involved than I expected. My 'experience' with chickens comes mostly from movies, and in those you usually just see people throwing out some chicken feed (corn or wheat kernels) while the birds peck away at the ground. We do feed these birds some wheat kernels, and it's fun to watch them chase after it. 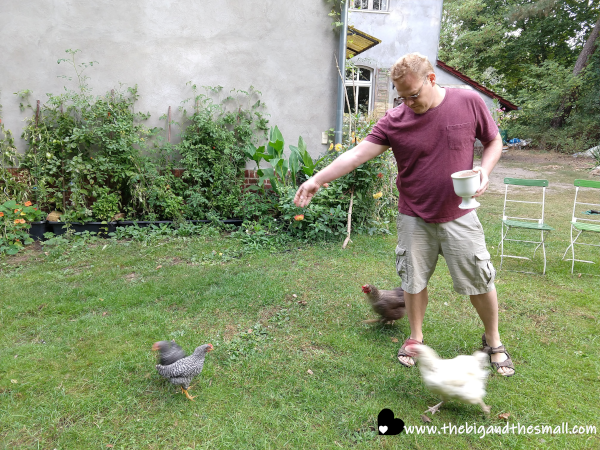 The feed however is mostly supplementary to their 'real food' which is more like people food. Mary takes all the scraps and leftovers from their food (stale bread, old potatoes, vegetable and fruit peeling, stems of greens, even noodles) and she mixes it all together and boils it in water on the stove. I don't think she had a name for it but we've just been calling it "mash". This crazy soupy mixture is then what she feeds the chickens three times a day. All of her neighbors know she does this, so they bring her their own scraps of bread and produce; almost every time we leave there is a new bag of food for the chickens by the front gate. Weirdly, the mixture smells rather appetizing while it cooks (like potato soup!) but once you catch sight of it you wouldn't want to touch it. 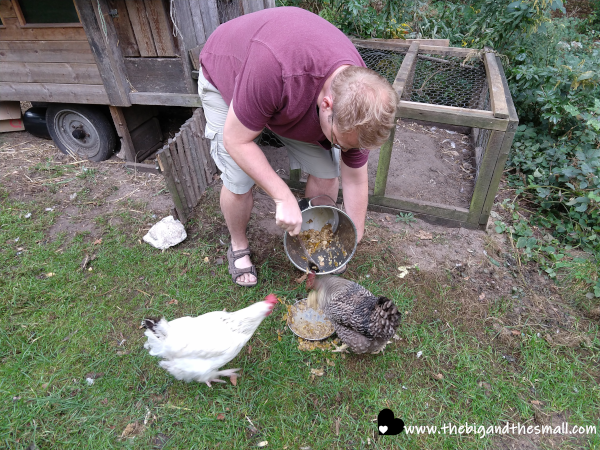 The other big responsibility is cleaning out the cage. No one likes to sit in their own poop so each day we clean out the nesting part of the coop and add more straw. The smaller box you see inside there is where we have to put the babies at night. That is the super fun part of having the babies around - at night we have to catch them! They don't voluntarily go inside like the big ones, and even if they did, they have to be separated so Janet can't be mean to them. The first couple nights we ran around like chickens with our heads cut off trying to catch the babies and it took us about 40 minutes and the help of a random neighbor who dropped by to get them. Now we have it down to an art and it can take as little as five minutes. 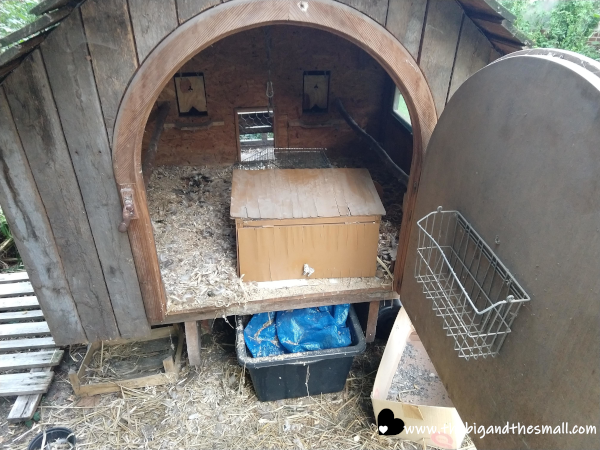 While this sounds like a lot, I think overall we only spend about 90 minutes taking care of the chickens, it's just spread out throughout the day. It's really not too much work, the biggest chunk is just keeping an eye on the babies while they are out and making sure they all get along. The weather is gorgeous here so being outside is quite the treat! I can't say we'll be specifically looking for chicken jobs in the future, but it's nice to know we can handle it if the perfect house sit comes along.

Oh and before I close, I felt like I should include a picture of the duck. He is very camera shy and runs away anytime I try to get close for a picture so this is the best I have. Of all the birds he is my favorite! He's so funny to watch as he waddles around rooting in the ground for bugs and playing in his water bowl. Also, we named him Jack. 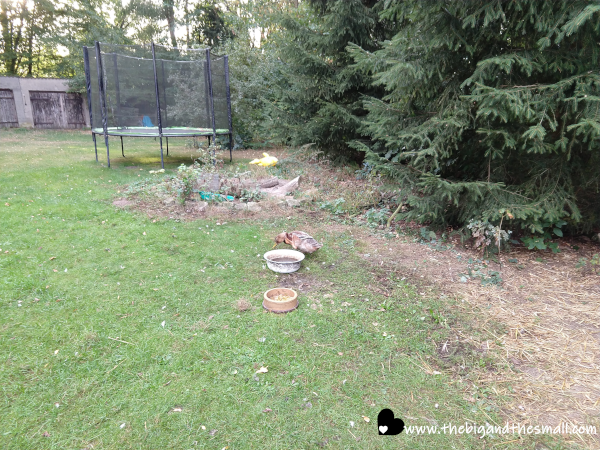 Fun fact: While we've eaten lots of eggs since we've been here (though none actually from the big chickens as we can't find where they are laying their eggs) I have not had the desire to buy or cook any actual chicken!

Have you ever taken care of chickens before? Was it similar to what we are doing? If someone is a chicken pro and knows something we could do even better for our chickens let us know!

New Book Idea for you...

Hahaha oh my goodness, yes, that would make a fabulous children's book! Learning how to treat others by seeing how the chickens interact...don't be like Janet. Hmm...you've got my wheels a turning!