The Most Expensive Pizza I've Ever Had

When we were in Cyprus we ate the most expensive pizza we've ever had - the total cost was around $50 - and it wasn't even from a restaurant! 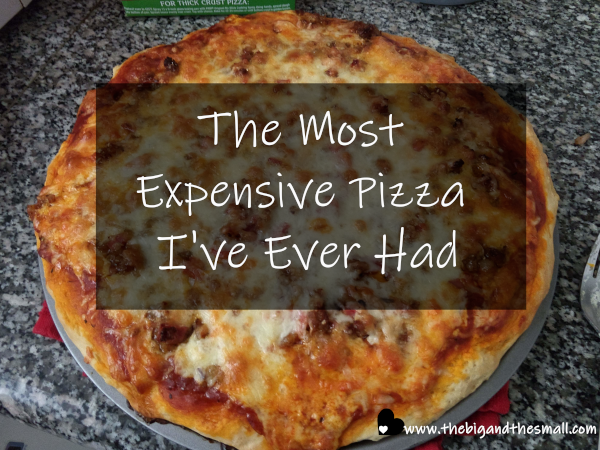 Every year we have a family reunion on my dad's side of the family. We all travel to Paris to spend a long weekend together eating lots of food, swimming, and catching up on our lives. Oh, and lest you think we are super fancy, I'm talking about Paris, IL, not Paris, France. Since becoming an adult there have been some years I have missed the reunion, and this year, since we were in Cyprus, we obviously didn't make it.

There is a family tradition that dates back I'm not sure how many years, of sending a pizza to anyone who doesn't make it to the reunion. It's everyone's way of saying "We miss you!" and "We wish you were here!". I've never actually received a pizza before though I was threatened with promised one a few times (and I would have loved it when I was a poor grad student!). This year however, my mom actually followed through and sent us a pizza! 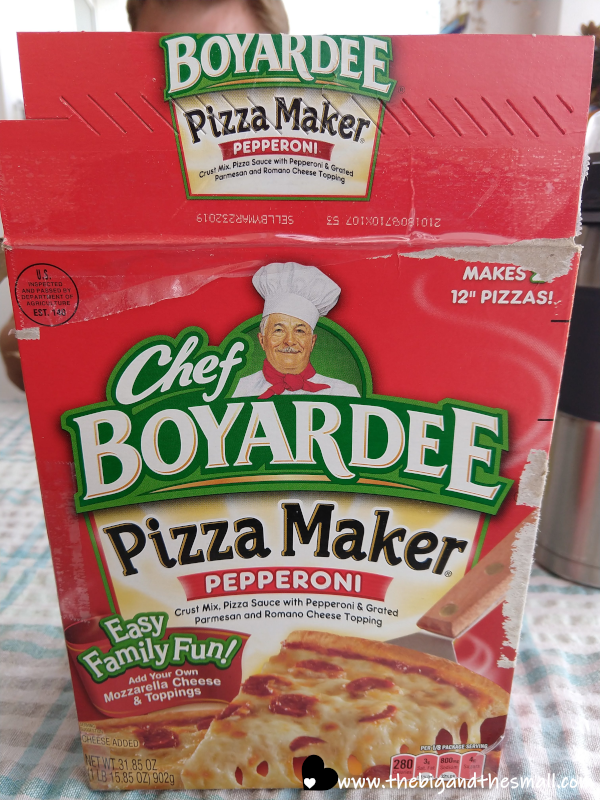 However, instead of calling the local Pizza Hut (yes, there was one not far from us!) she went to the store and bought the pizza from her childhood, a Chef Boyardee pizza in a box. The total cost of this box of pizza is around $6, I'm told. Then came the really fun part - shipping it to Cyprus! I'm guessing there might have been a cheaper way to send it, but the local post office she went to came up with this box and it costs almost $37 to ship! Oh my! It also took about two weeks. Thank goodness for shelf stable processed American food, am I right? 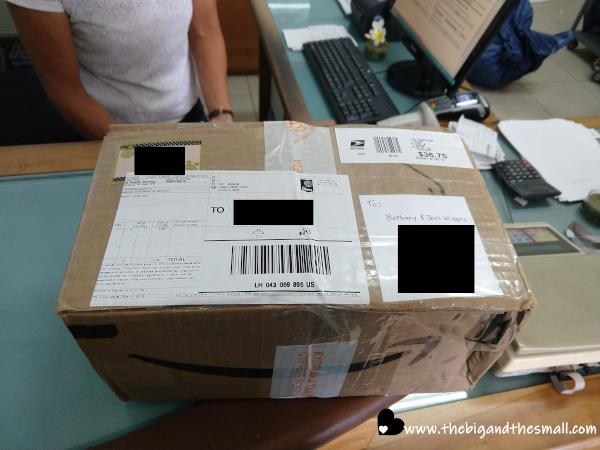 It was supposed to be a surprise but eventually my mom had to tell us about it so we could ask for it at the post office. We didn't have the keys to the mailbox at the apartment where we were staying, and we weren't sure the box would fit in there anyway. We had to go a couple days in a row to ask about it, but eventually it was there! Once we had it home however... I realized I had no idea how to use the oven! We hadn't touched it once in our time so far because it was just too dang hot. I decided then to wait until Paul and Anne got home so they could help me navigate the kitchen as well as enjoy the pizza with us! 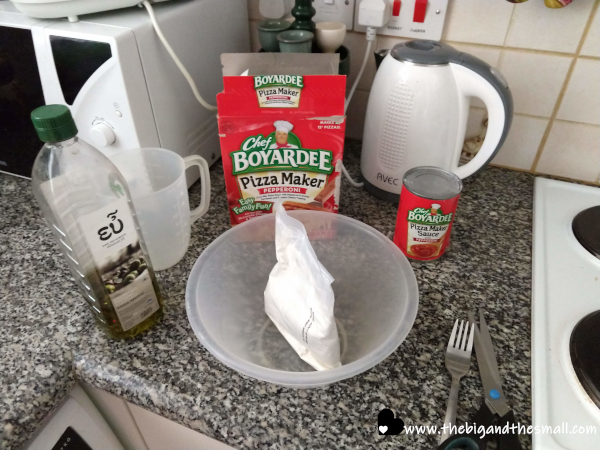 The pizza box also wasn't a complete kit - it comes with ingredients for dough (add water + olive oil), a can of sauce that includes little pepperonis, and a packet of parmesan cheese. So we also had to purchase some ingredients in Cyprus. Enough mozzarella cheese for one pizza costs us €5! Considering mozzarella is usually the cheapest cheese in the US I was surprised at how expensive it was on the island! We also used some sausage and salami we had around for other meals. 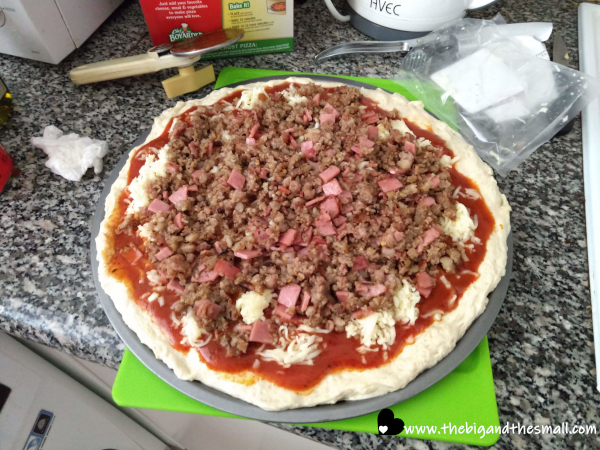 I've never made one of these box pizzas before but it was easy enough. Cooking in someone else's kitchen is always a bit challenging but I made it work! I was glad I waited till Anne was there though, as I had to ask for a pizza pan, measuring cup, olive oil, can opener, and pizza cutter. I probably could have found them all on my own but it sure would have taken longer. After about thirty minutes I had it all prepped and ready to go in the oven! 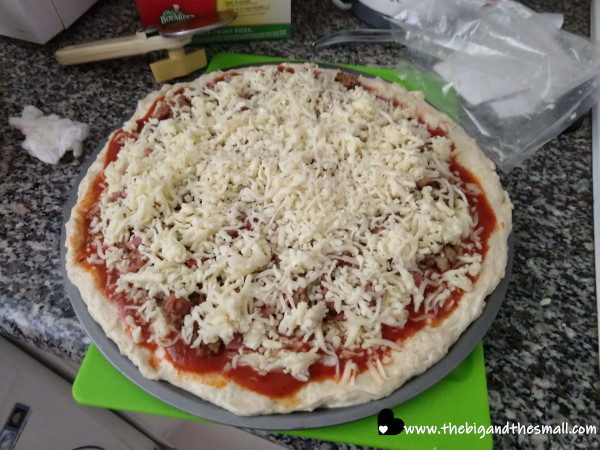 The oven measures temperature in Celsius so a quick Google search told me I needed it at around 200 degrees. As the pizza baked it started to smell really good and I had high hopes it would actually taste good! How awful if we spent all this time and money on the pizza and it turned out to be inedible. 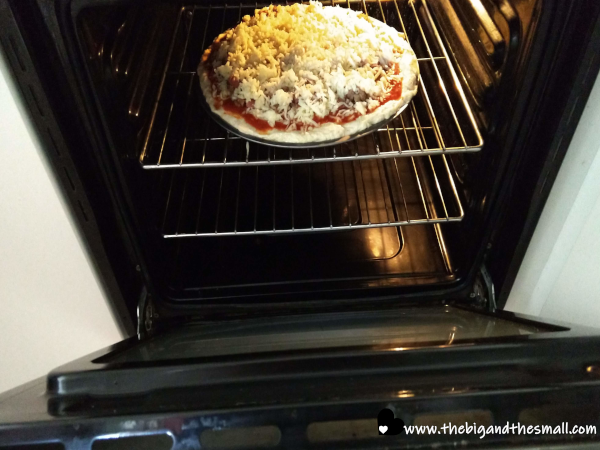 Once it looked ready I pulled it out, sliced it up, and served it to Joel and our hosts! We ate out on the balcony and joked about eating the most expensive pizza any of us had ever had. Luckily it did indeed taste good! The dough was soft and chewy yet crisp on the bottom, the three different kinds of meat added a lot of flavor, and the mozzarella had melted perfectly. I mean, it wasn't $50 good, but it was good. At 8 slices, each slice cost about $6. I made sure to eat slowly and really enjoy it. 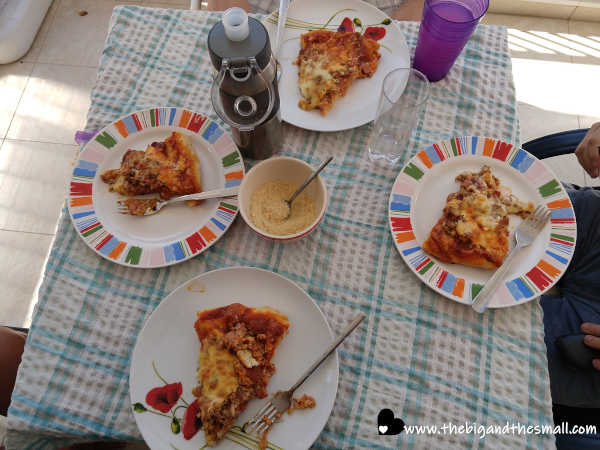 Now that I'm writing about it I'm kinda craving it again. Hey mom, want to send me another box when we get to Wales?