After some missed trains and an arduous night in a Berlin McDonald's, we finally made it to our house sit in Germany. 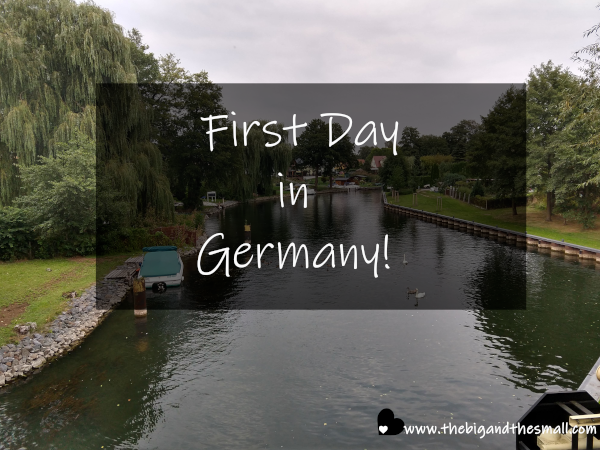 Our hostess, Mary, picked us up at the train station and drove us about five minutes to their house. Though they are located off a main road, once you open the gate and go down the driveway, it's like you are in a whole different world. The driveway is a dirt path and heavily tree lined, then it opens up into a clearing where you see a huge, old house, and some chickens running around! I plan to do a post just on the house soon; it has a really interesting history. 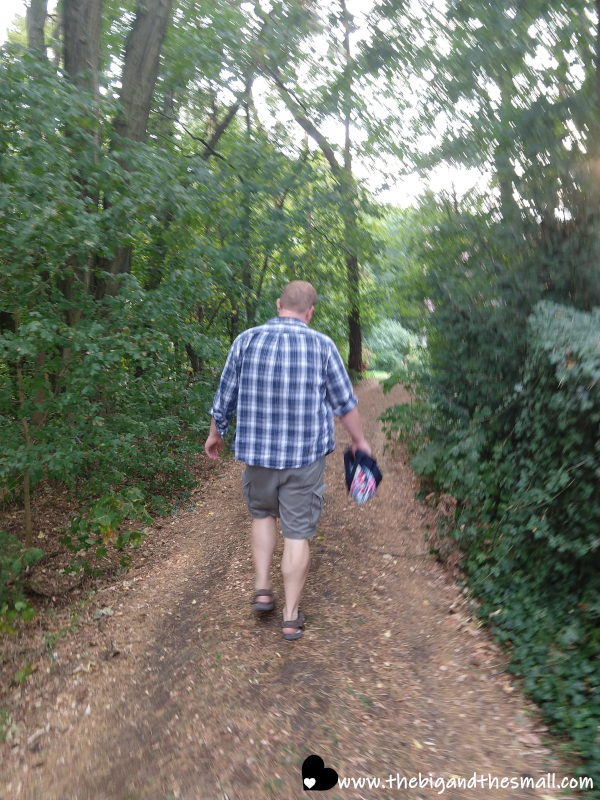 We were greeted at the door by Mary's two small children, Felix and Gunnar. They are both blonde haired blue eyed and full of energy like only a six year old and a three year old can be. I always say if you could bottle the energy of a child and sell it you would be a gazillionaire! The kids took to us like kids often do with strangers, and before we knew it they were climbing all over us and speaking fast in German. Joel often used his phone app to try and translate their words, but the app could really only understand the six year old. It turns out that three-year-old gibberish is basically the same in German and English - no one knows what they are saying.

When we made it inside I was excited and grateful to see that Mary had put out a spread of food for us. After a long night, food and a nap sound perfect, and it seemed like that's what was on the agenda. The meal was a fairly traditional one according to our host.  There was a huge loaf of homemade bread made by our hostess herself, three different kinds of cheese, two different kinds of German sausage, butter, a homemade plum jam, and homemade hummus! We've learned that Mary strongly believes in making as much herself as she possibly can, and for good reason, everything she makes is delicious! 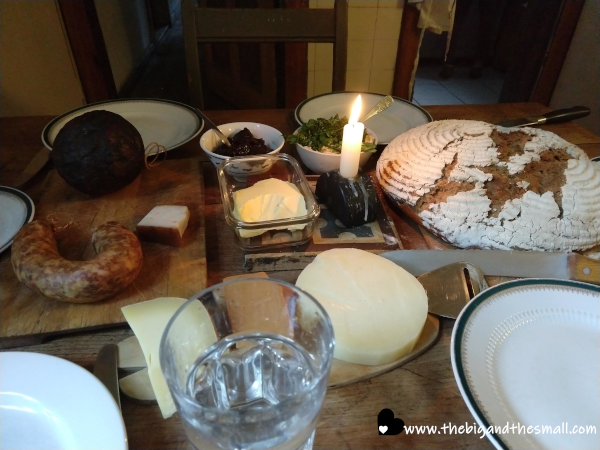 After we ate, we laid down for a nap, too tired to even change our clothes. When we awoke we finally met Mary's partner, Sebastian, and then we decided to go on a walk. It was freeing to once again be able to wander around without our luggage weighing us down! We took a right from the house and went into the small town. Here it is only a five minute walk to the grocery store - and the best part - it's all flat! A far cry from our time in Cyprus. The town has a lot of water around it, some lakes and some rivers, creating some beautiful views as we made just a short walk around the town. I can't wait to explore the area even more! 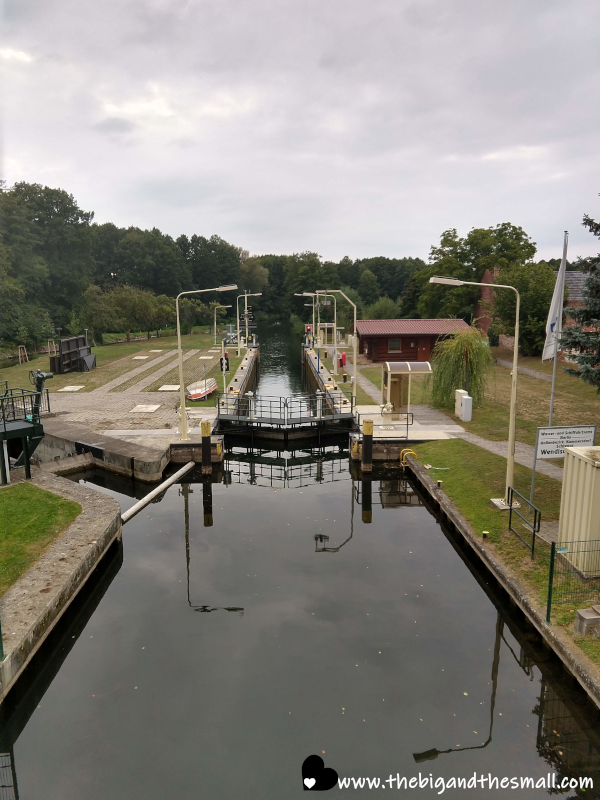 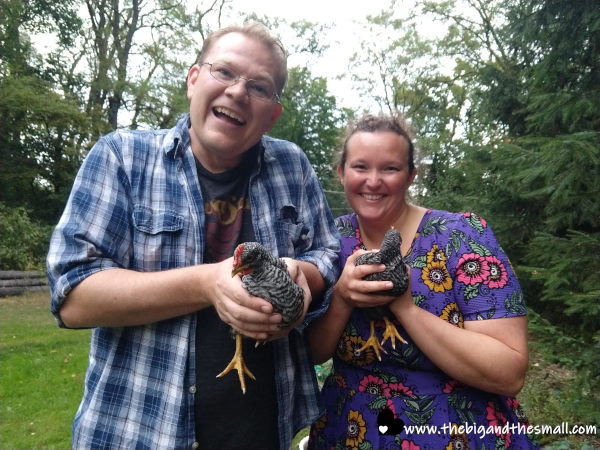 For dinner, we had tomatoes fresh from their garden mixed with olive oil, salt/pepper, and a homemade vinaigrette along with more of Mary's homemade bread. I need to learn how to make that vinaigrette because it was quite possibly the best salad dressing I have ever eaten! A couple friends of Mary and Sebastian's were over as well, and all four of them drank beer with dinner. Joel and I were definitely the odd ones out for passing on the beer! After dinner came my favorite part of the evening. Sebastian got out the fire pit and started a fire. It felt like a perfect fall evening - cool and crisp with the smell of smoke. We asked our hosts if they had any marshmallows and we were excited when Sebastian found some! He also brought out the longest roasting stick I have ever seen in my life, it was awesome. 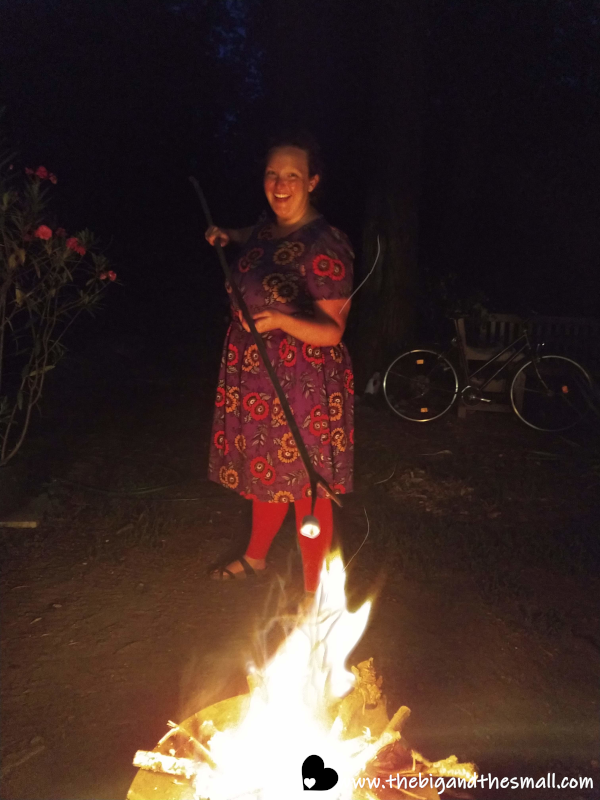 Now that we had marshmallows, we of course needed to have s'mores. Our hosts had never heard of or had anything like them before! We figured we wouldn't be very good Americans if we didn't introduce them to the best fireside snack ever. We did have to improvise some - they did not have graham crackers, nor have they ever heard of them, nor did they have anything too similar. I settled on some small chocolate chip cookies they had, and the first round of s'mores was made with dark chocolate squares. It was actually really good. 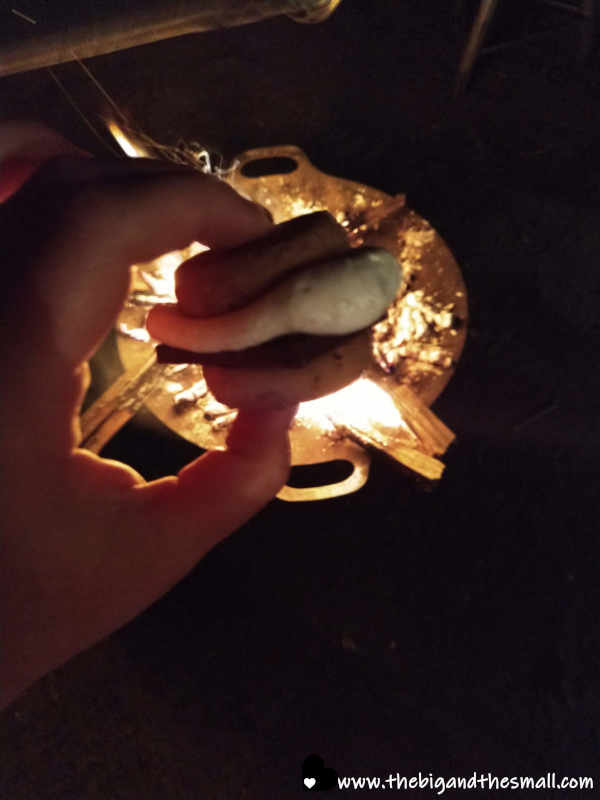 As the evening went on, we experimented even more. They had some crackers called knackerbort that are the size and consistency of graham crackers, but they are salty instead of sweet. Mary decided she wanted to try a s'more with that, and she loved it so much she had two of them. I did not try it so I can't report back on whether or not the salty/sweet mix was any good. We also just ate some plain roasted marshmallows when we ran out of s'more fixings. I swear they tasted better than the last American ones I had, but perhaps that's just because I loved the setting we were in. 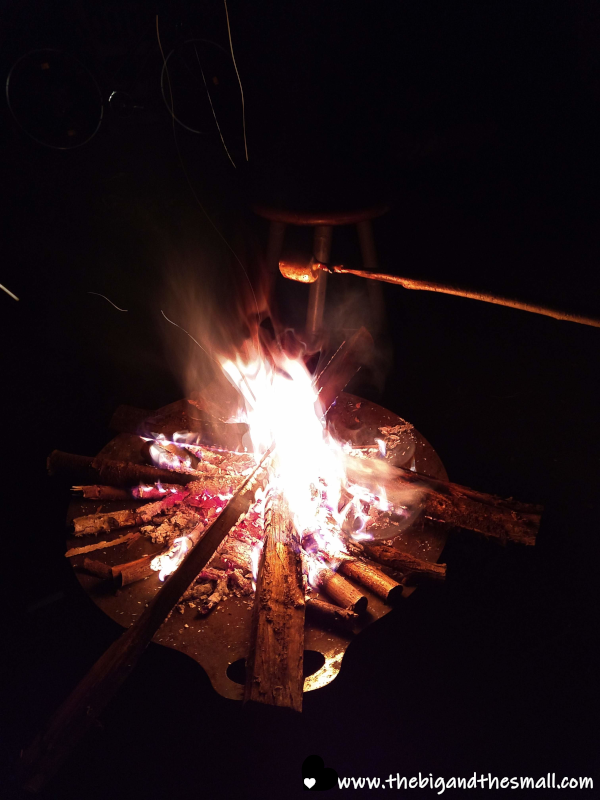 Around 11pm another set of friends showed up, riding their bikes into the yard. They brought with them some beer (of course) and two bottles of Prosecco (now there is something I'll drink!). We all stayed around the fire drinking and chatting. The conversation ranged from joking about s'mores to seriously comparing German and US politics, and the time passed quickly. Though we had just met all of these people today, it felt like we were old friends. 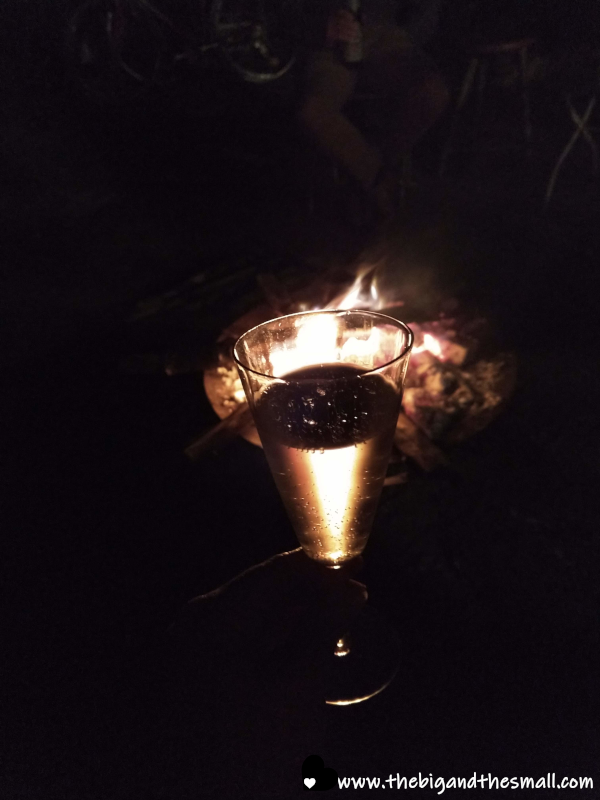 I lasted longer than Joel did, but eventually I could not keep my eyes open any longer, so I said goodbye to our hosts and their guests, and went to bed around midnight. The next morning Mary said they stayed up till around 1:30, but we were so tired we didn't even hear them! It was an awesome first day and night in Germany, and really set the tone for our stay here so far. It is full of good food, friendly neighbors, and lots of outdoors time. I love it!

So what do you think - were we right to introduce our German friends to s'mores? Have you ever had the joy of introducing someone to this wonderful treat? Or, what's your favorite food to have around a campfire? Sound off below!