Remember back in this post when I talked about how we were going to recreate some of the bus tours available for purchase? Well, last Thursday we attempted to do just that and it was harder than we thought it would be! 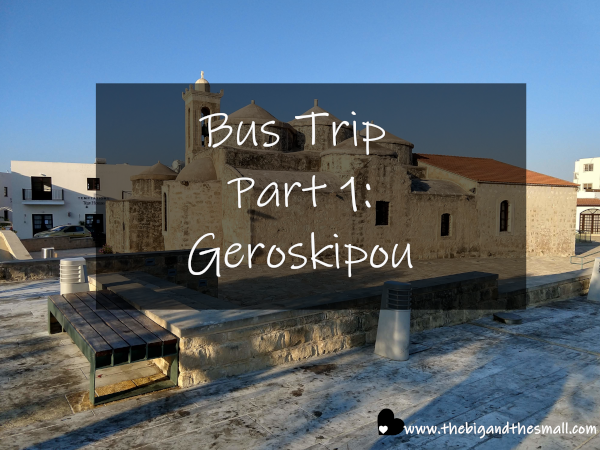 Unfortunately for us, recreating this trip wasn't as easy as we hoped or expected. Joel plans to write all about it in a post soon, but let's just say that in the end we decided paying the €19 each for the bus trip would have been worth it. What we did took a lot more hours of planning, a ridiculous amount of time waiting for public buses and riding on public buses, and we saw barely half of what we would have seen on the professional trip. While we enjoyed what we did, we think we would have enjoyed the other one so much more!

What we ended up with was a trip to Geroskipou, a short visit to Aphrodite's baths, a longer break than we wanted in Polis, and a super long bus ride back to Peyia, where we live. It was a long day so I am going to break the trip up into a couple posts. We'll start today with our stop in Geroskipou!

We started by walking about 1/4 mile to the nearest bus stop. From there we rode about half an hour to Karavella station. We had about 20 minutes to kill there before our bus left for Geroskipou, which was only a 9 minute ride. I was too paranoid about missing our next bus to leave the stop, but Joel went to explore for a bit around the area. He didn't find much since it was 7ish in the morning and nothing was really open yet. 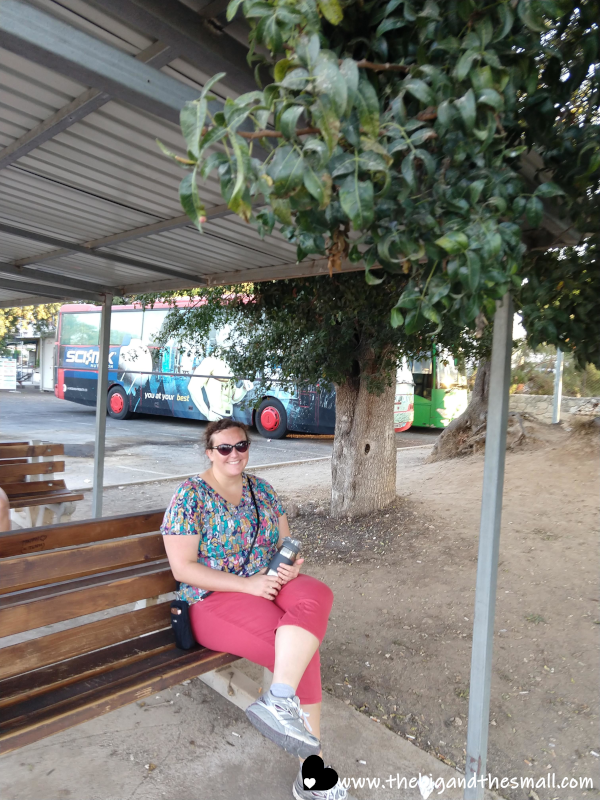 Our less than ten minute ride to Geroskipou was uneventful, and we were dropped off right at the town square that included the St. Paraskevi church and some other local attractions. The church is the most important monument in the square and is a 9th century Byzantine church. Unfortunately, we learned you can only go inside the church if you are on an official guided tour, which means this is the best view we got of the church (and weren't able to enter at all). 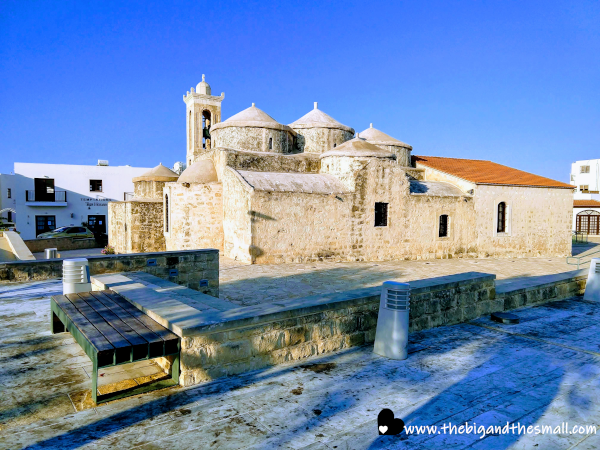 There were a few areas outside the church to explore. Off to one side was a small archway that led to a short hallway. On the outside were some icons made out of a beautiful mosaic. 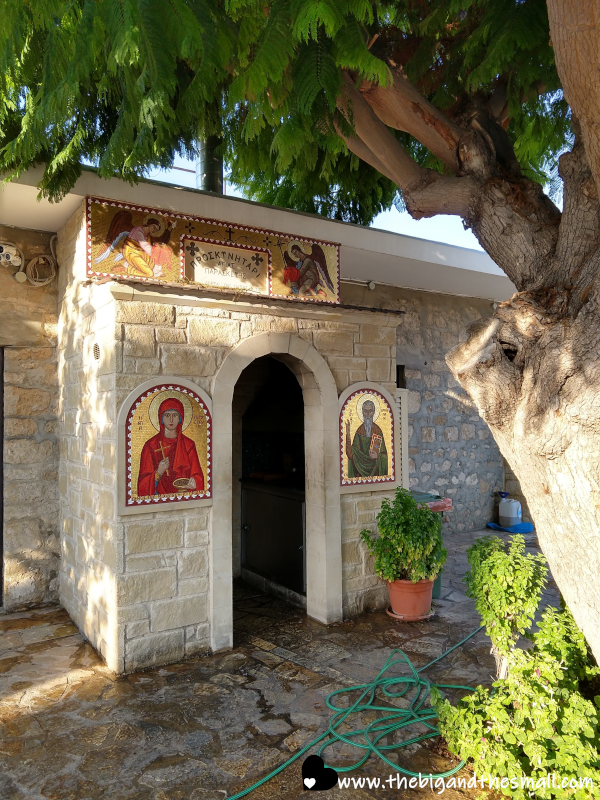 The inside consisted of, on the right, a small sink area, and on the left (pictured) an area for lighting and leaving candles. 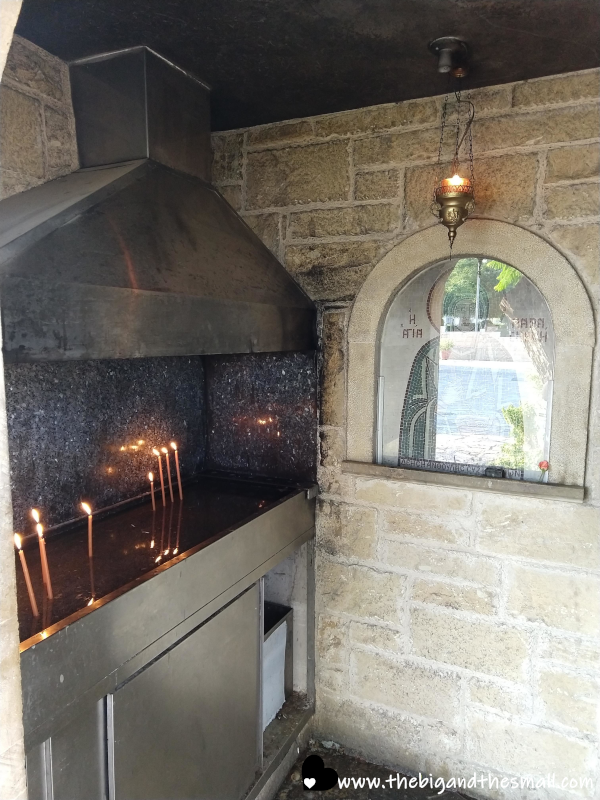 There was a fountain nearby, although at the time we visit there was no water running. The significance of this was left unarticulated. 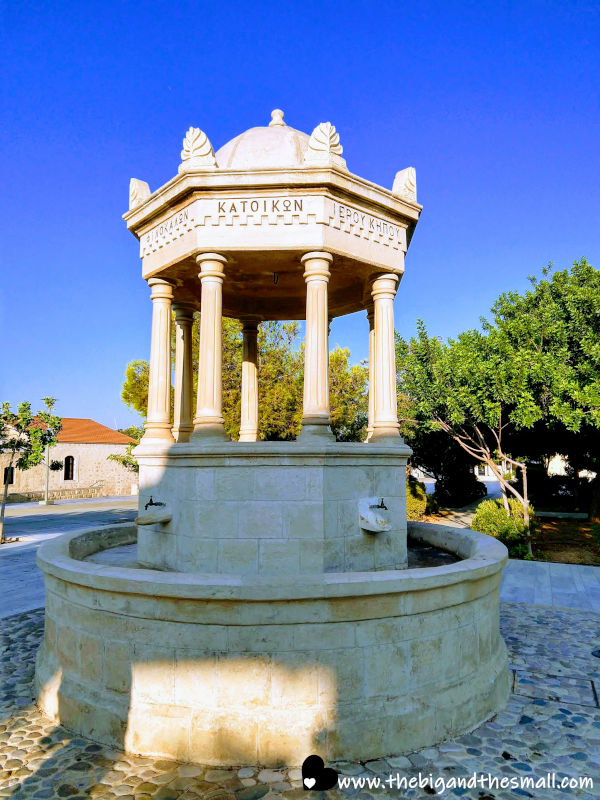 Also in the square was an amphitheater. At first, we walked for several blocks hoping to find the amphitheater, assuming that it was a large structure. When we circled back to where we started we realized that what we were looking for was much smaller than expected, and right under our noses the whole time. The structure allowed for water to create a moat over to it, but it was not full at the time. This amphitheater would hold perhaps 50 audience members, and you can enjoy this picture of Joel pretending to orate to the crowd. 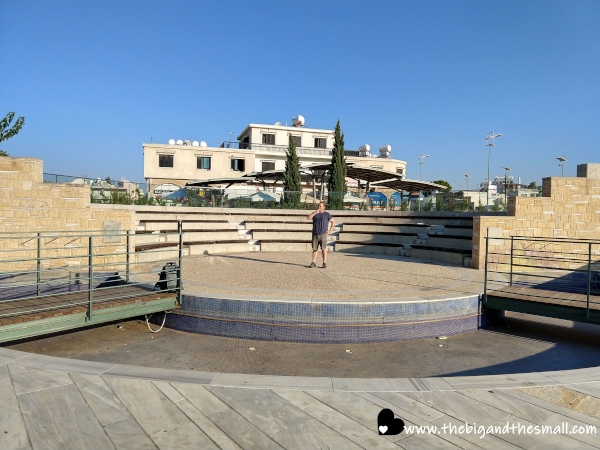 After we explored the town square, Joel's cursory search on Google told us that the garden of Aphrodite was close by. 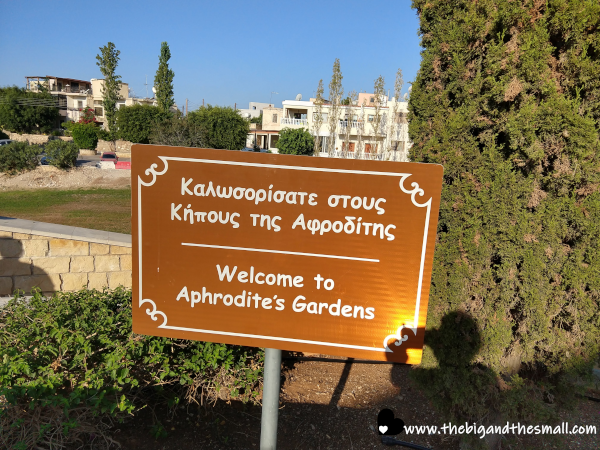 We followed the direction and found a small green space flanked by some stone walls. The only real point of interest was some water flowing out of one of the fountains on the side - of the many, many fountains we have seen in our time in Cyprus, this is the only one I have seen with actual flowing water! 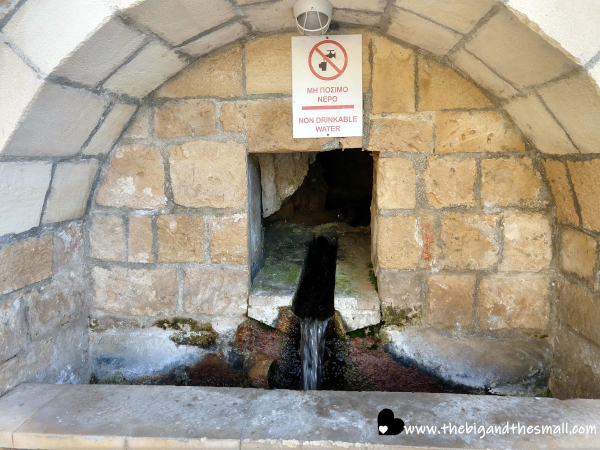 I didn't even get a picture of the green space/garden; it was so unimpressive. As we left I remarked, "I hope Aphrodite's bath is more impressive than her garden."  Even after exploring for a while we still had about 40 minutes to kill before our return bus. We stopped at a local cafe where I got a strawberry smoothie and Joel got a juice made of carrots and some other fruits and vegetables. 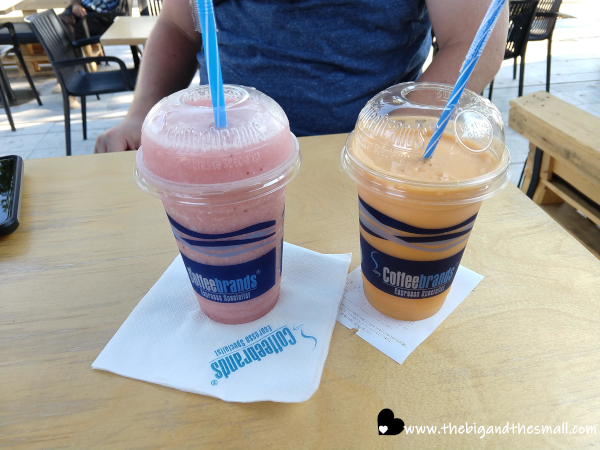 Mine was delicious, his was... not so much. After killing time we finally went to the bus stop where we would be picked up for our ten minute return trip to Karavella station, where we would then catch a bus to Aphrodite's Bath. There we waited... and waited... and waited. So far in our Cyprus experience the buses have been absolutely on time (despite much else on the island operating on a delayed "island time"). When it was about ten minutes past when we expected the bus to arrive we finally realized, this one is not coming.

Somehow Joel had read the bus schedule wrong, and the next one was not coming for another hour and a half. Thus we ended up with a two mile return walk to Karavella station. In ideal weather, a two mile walk isn't much, just a pleasant afternoon stroll. In the heat of day, however, it is rather unpleasant. Nevertheless, we made it, and with some time to spare before the next bus to Aphrodite's Bath!

When you have traveled, have you ever missed a bus? Read a schedule wrong? Ended up walking much further than expected? Tell me all about it and reassure me we aren't alone!