Beach, Please! (Aka Our Trip to Corallia Beach in Cyprus)

We couldn't be in Cyprus - on an island! - without at least one trip to the beach, right? Without access to a car we had a two mile trek to get there, so we set off eaarrrrly one morning to try and beat the heat (and the crowds!). 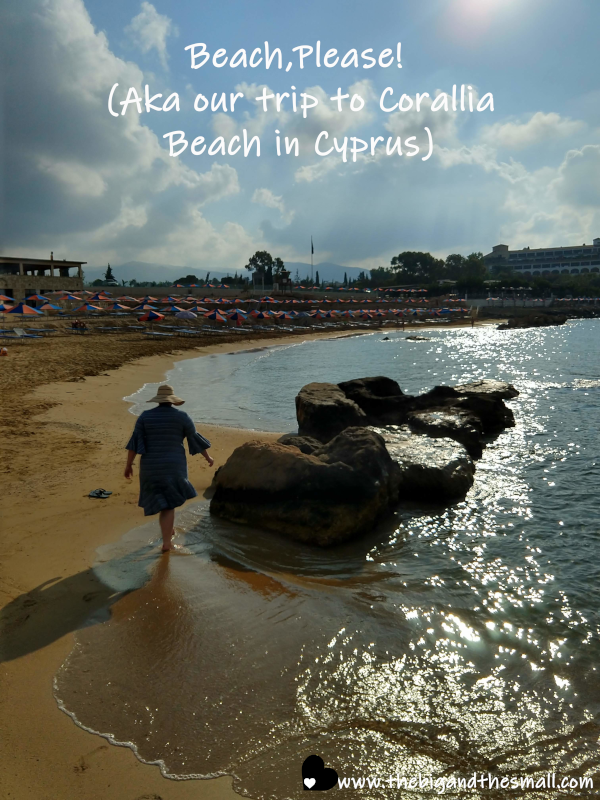 We left the flat (that's British for apartment) a little before 6AM, so we could get to the bakery right when it opens. We bought two treats - one savory (my pick) and one sweet (Joel's pick) to give us fuel for the morning. The savory treat was basically a pizza, but without the red sauce. It was a delicious bread base, had some meat and veggies on it, and then was absolutely smothered in cheese. Some of the cheese parts had been cooked to a crisp which is my absolute favorite. 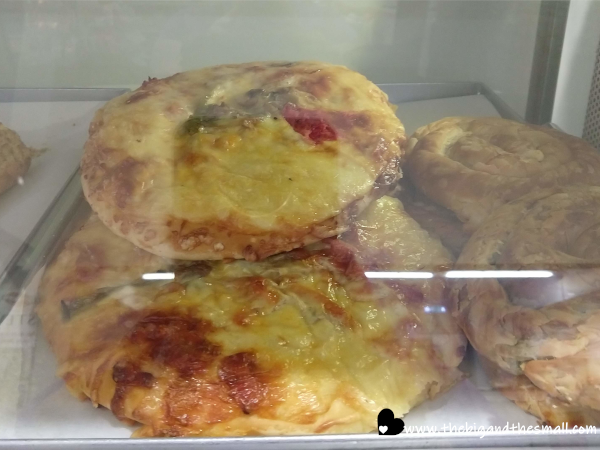 The sweet treat on the other hand was OVERWHELMINGLY sweet. One of the disadvantages to buying at this bakery is that all the descriptions are in Greek. So we never really know what we are buying. On the one hand, it's a fun surprise! On the other hand, it can be a less fun surprise, lol. Luckily Joel has a ravenous sweet tooth so even the cloyingly sweet power of this one wasn't enough to deter him. It was huge though, so we didn't finish all of it on the way there, and saved some for the two mile walk back we would have to do. 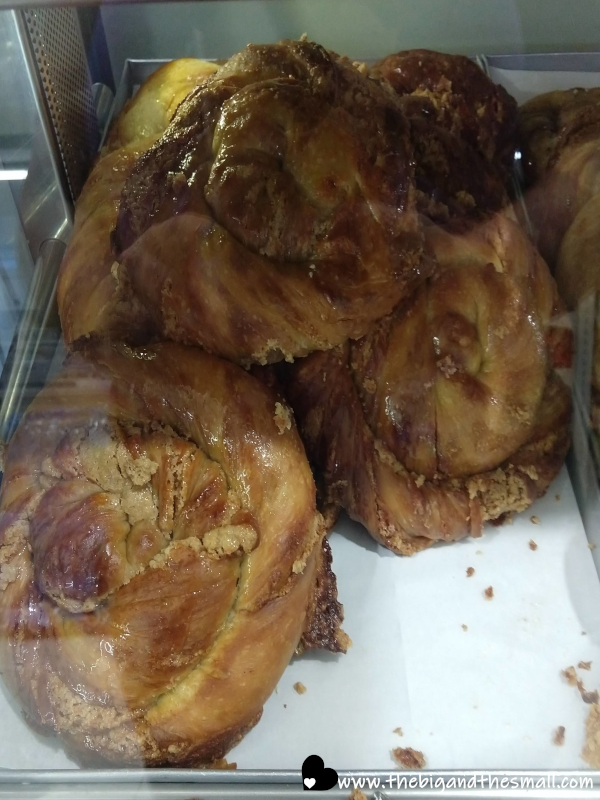 Between our stop at the bakery and eating on the way, it took us about an hour to get to the beach. At the six o'clock hour the heat is actually really bearable, and the way there was all downhill, so this walk was great! Plus I had food so really, what's not to love? When we arrived at the beach the view was absolutely stunning. 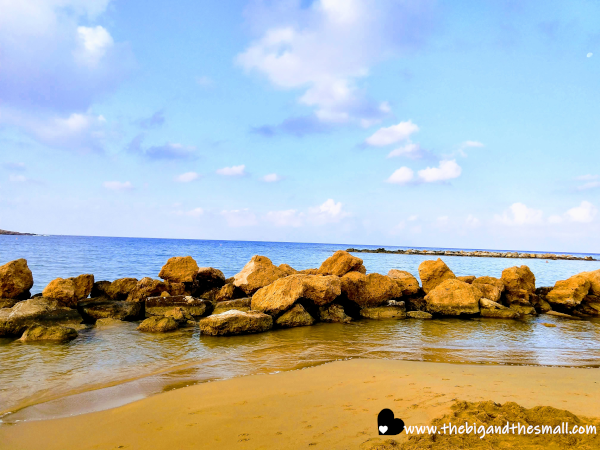 The sun was just starting to really drench our surroundings, and there were hardly any other people there yet. Joel had to change into his swimsuit - which I had to convince him to bring! Can you believe this man thought he was going to come to the beach and not get in the water? Craziness. After he did we just couldn't resist taking a selfie with the gorgeous background before we got in. 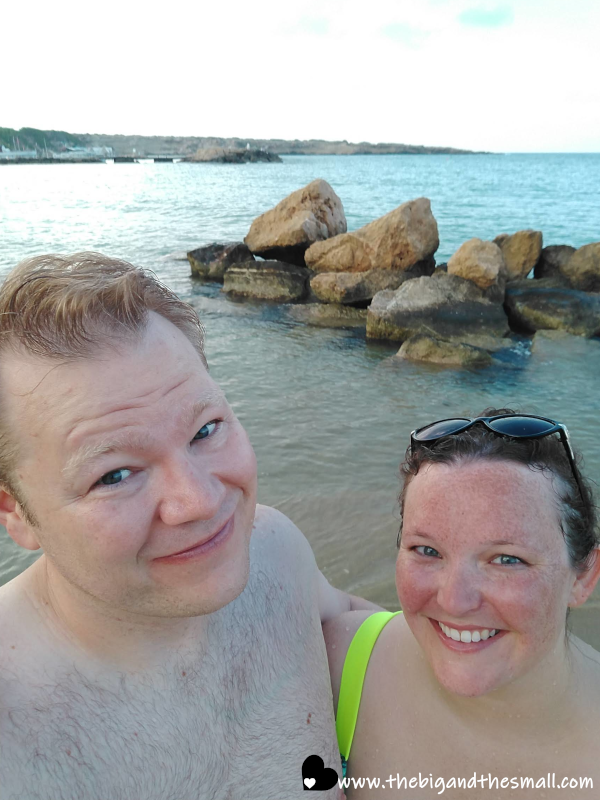 It's been a long time since I've been in water that has waves, and I forgot how much I love it. I float really easily so it is so relaxing to just drift in the water and let the waves move me up and down. I could have stayed there for HOURS. Joel has a little less fun in the water as he doesn't do very well with "doing nothing". But we chatted and played in the water and enjoyed ourselves for quite a while. 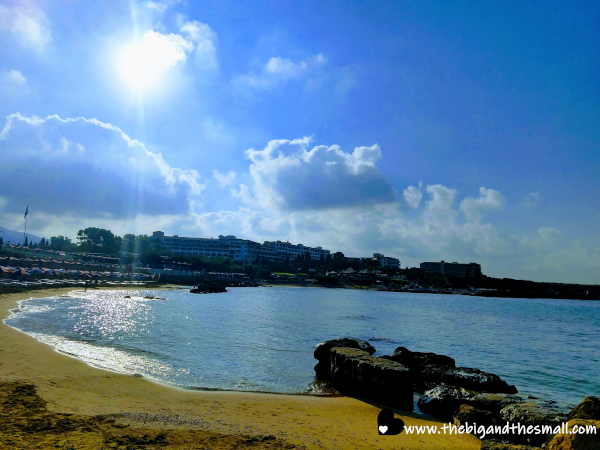 So you know how I just said I float really easily? Well I'm not kidding or exaggerating about that. I can literally float without doing anything. I can float vertically without moving my arms or legs, and I can float horizontally with my feet and hands out of the water! I actually never realized how crazy a talent this is until Joel pointed it out to me one of the first times we went swimming together. I had challenged him to a treading water contest and when he realized how easy it is for me (I literally don't have to move at all to "tread water" aka stay above the water) he called foul! Looking back it makes some things make sense: I used to teach swim lessons in High School and never understood why it was so hard for people to learn how to tread water. It's so easy, people! Turns out it's just easy for me! 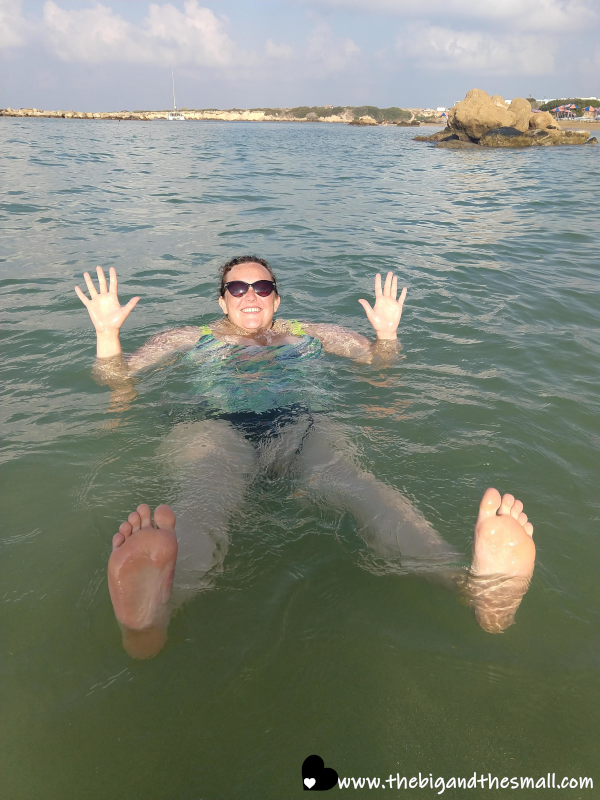 After our time in the water I threw a dress on over my swimsuit so we could take some Wear A Dress Tuesday pictures. This was probably cheating a little bit since I didn't actually wear my dress at the beach (other than for pics) but it was just too good of a photo opportunity to pass up. (Not sure what Wear A Dress Tuesday is? Read all about it here.) 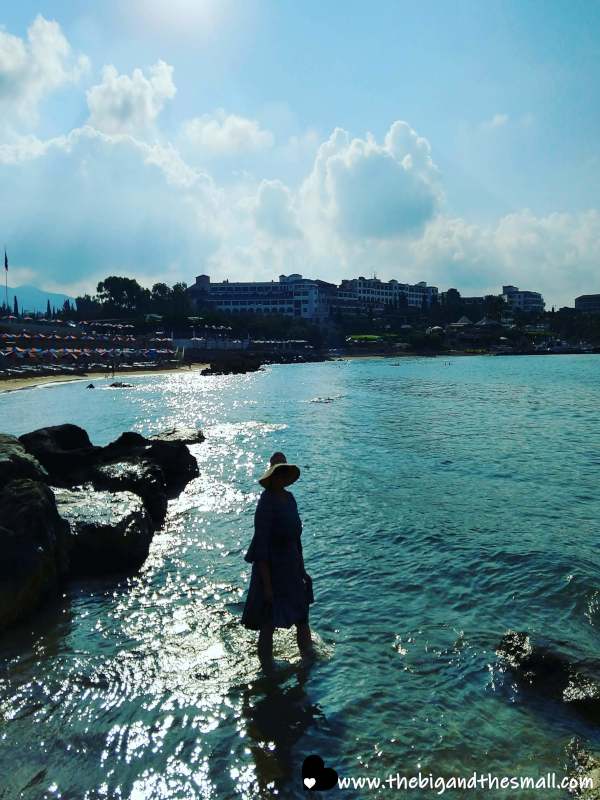 After that it was time to clean off and begin the long walk home, all the way uphill. It was at this time that I remembered my least favorite thing about being at the beach: SAND. It gets everywhere. Even places you thought never touched sand somehow get covered in the stuff. I enjoy laying on the sand, walking along the water on the sand, even the feel of it between my toes when I'm in the water. But as soon as I'm ready to leave I wish I could wave a magic wand and make all the sand disappear. As we moved up the beach towards the buildings and on our way out, we were in luck - we saw a sign for free showers! Yay! 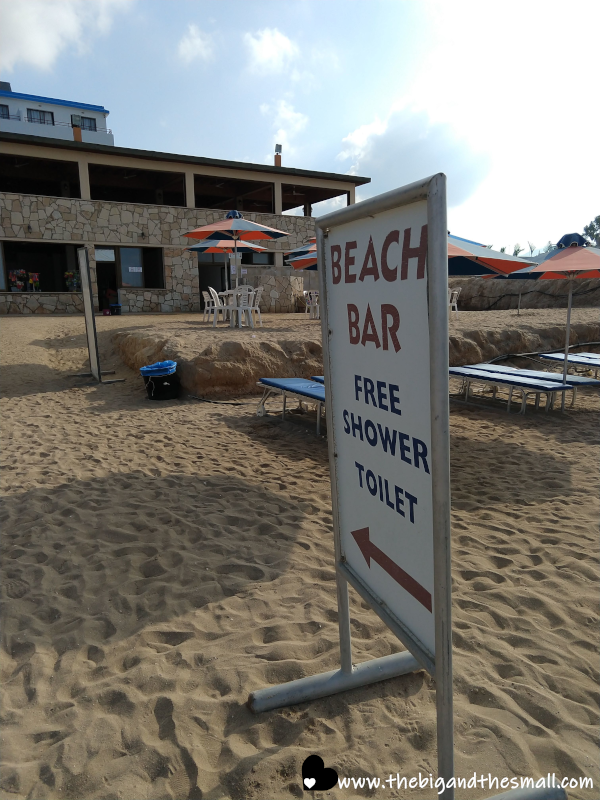 However, when we arrived at the showers we realized they should have posted a "haha just kidding" sign. Turns out the showers cost €1 to operate. Whomp, whomp. Being the cheapskates frugal travelers that we are, we decided to just suffer through without using the showers. We brushed off the sand as best we could, and headed on our merry way! (Ok, truthfully, I was pretty grumpy about not getting to shower off my feet). 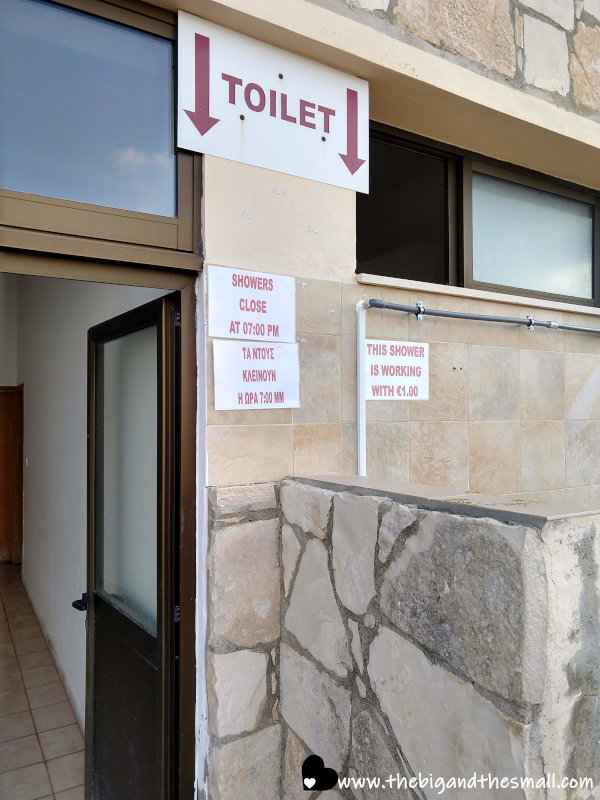 The walk home was a little rough for me because I was still covered in sand, the sun was now out in full force, we were running low on water, and did I mention we were walking two miles and it was UPHILL THE WHOLE WAY? It kinda put a damper on the end of beach morning, but I tried to keep my spirits up anyway. When we finally made it home (closer to an hour and a half moving uphill) the first thing I did was drink a ton of water, and then rinse off in the outdoor shower by the pool before jumping in. As much as I love the ways and natural beauty of the sea, I think for daily use I will take the pool!

Overall it was definitely worth it to visit the beach. If we had a car I think I would make Joel go a lot more while we are here, but since we don't I'm not sure it's worth the trek for me to go more than once. Especially when I have a lovely pool just one block away!

So what about you? Are you a beach or a pool person? Or perhaps you aren't a water person at all? If you do like beaches, what's your favorite one you've ever been to?  Sound off below!