A Tour with Our Hosts in Cyprus

I can't believe I'm still two weeks behind on blogging about our time in Cyprus, I might have to do some double post days to get officially all caught up! Today is Monday August 6th, but let's rewind the clock to Monday July 23rd, the last day that our hosts were in town with us before they left for their trip to the UK. [Side note: how have we been here two weeks already?!? Ack!]

On this one full day we had together, Paul and Anne generously offered to take us around and see a few fun parts of the area we wouldn't be able to easily get to by walking. As fun as it will be/has been to explore the area on our own, it's also great to go with a guide and see things through their eyes! We left at about 10AM, and only lasted till about 1PM as the heat of the day gets pretty brutal around here.

The first place we drove to was straight up the mountainside, so we could get a beautiful view of the area. [Now Joel hikes up here sometimes in the early morning, but I don't think I'll be doing that anytime soon.] We stopped at a lookout point that was rife with photo opportunities. Anne pointed out a small blue square in the midst of all the buildings, and said that was the pool for their apartment complex! We also had an amazing view of the Mediterranean, as you can see here. 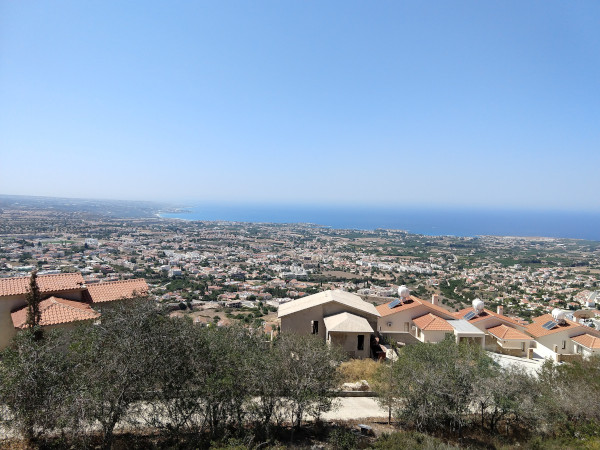 Since that was really just a photo opportunity, that was a quick stop. Next we went down the mountain and all the way down to the sea, about a 10 minute drive. They were excited to take us to a place that has really just become a tourist stop in the last couple years - a shipwreck! We could actually see it from our first stop up the mountain, but just barely. 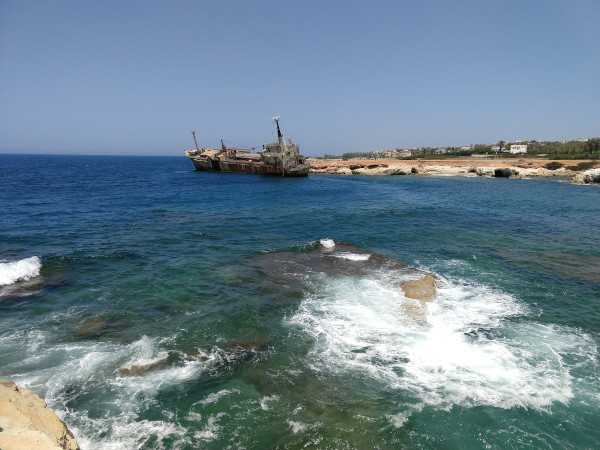 They told us the story of how just about three years ago, a surprise storm hit the area, and this ship got pulled in towards land and wrecked right where it is now. The next morning when this was reported on the news, people from all over Cyprus came to see it, including Paul and Anne. It became quite the event as people gathered around to marvel at it, and eventually food trucks and ice cream vendors showed up and made the whole thing a party! 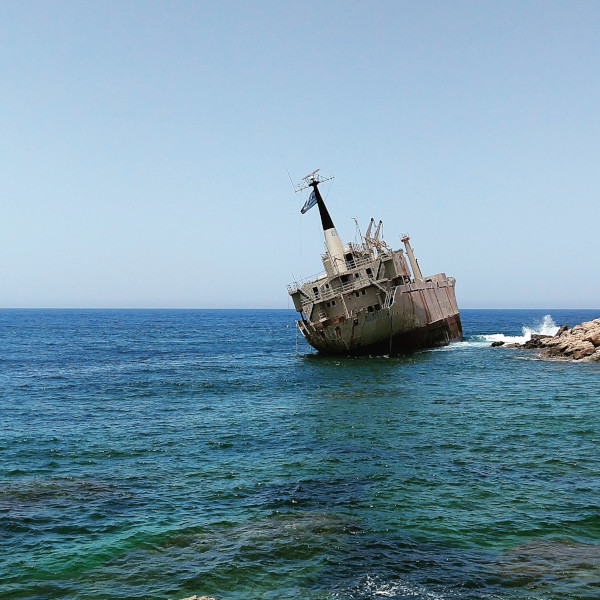 Despite orders from the local government for the ship to be removed in a timely manner, it's been three years and nothing has happened. A few more permanent businesses have taken up residence in the area to cater to the daily visitors to the site. Paul said he thinks it will be here for "donkey's years" which is British for "a really long time".  It was really quite interesting to see. The water was a bit rough that day, and it was really windy (I almost lost my hat a time or two), and yet it was clear that ship was not going to budge anytime soon. Who knows, maybe in another millenia it will be just another ancient ruin for people to visit around here!

For our last stop of the day (it was getting too hot to keep going) we went to an ancient Greek Orthodox Church. I could have sworn I took a picture of the informational sign, but when I looked for it later it was nowhere to be found! So unfortunately I can't really tell you much about this church, except that it was right on the seaside, and beautiful. I don't believe formal services are held here anymore, but it is maintained and open daily for the public to see. 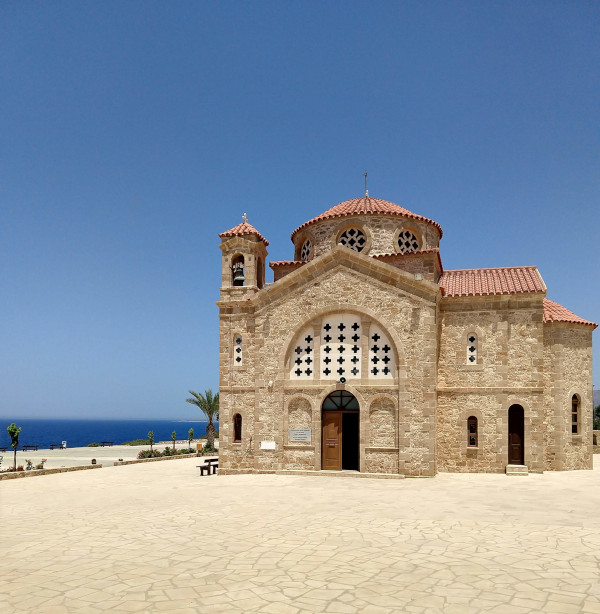 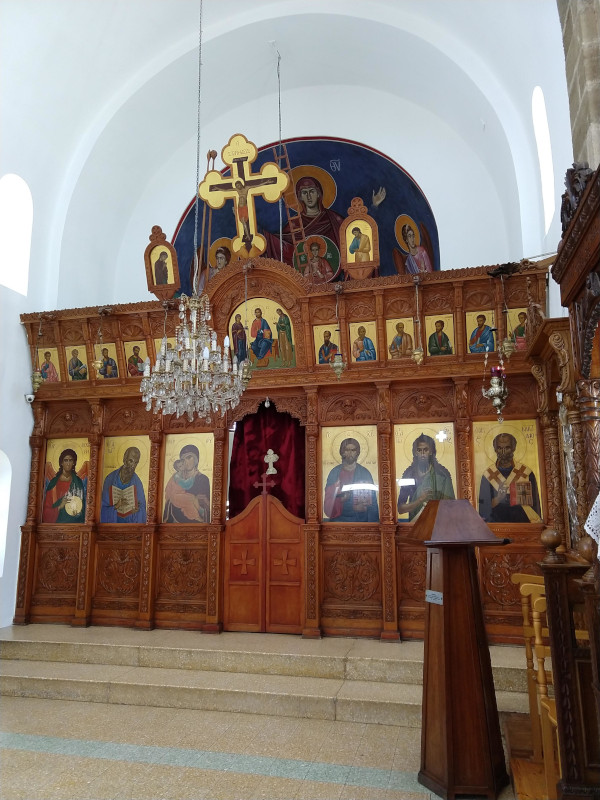 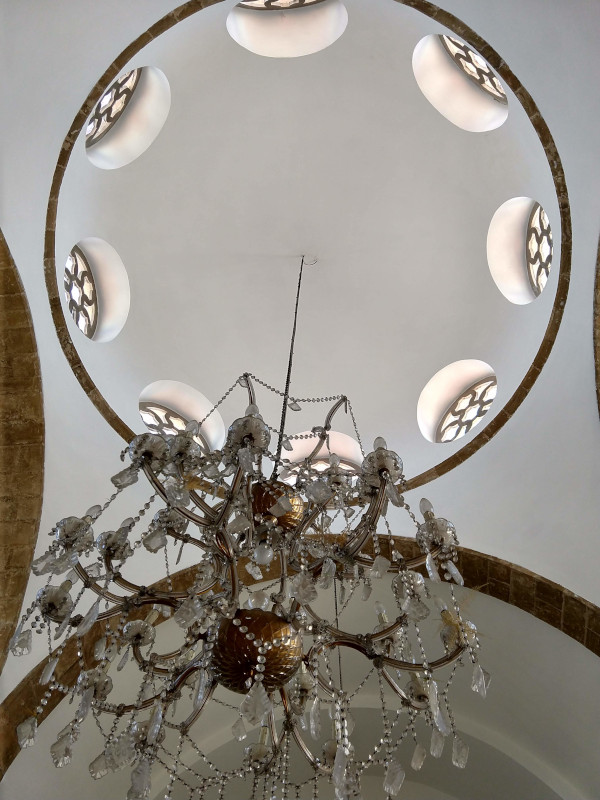 Across the street from the church was a small chapel. It was sort of shaped like a green house, long and narrow, with a curved ceiling. It was much more intimate than the larger church, and for someone reason it almost felt more sacred to me. Perhaps because the walls were closer and more obviously old, it felt like the history really radiated in this place. I could almost feel the hundreds of years of worshipers who had been here before me. 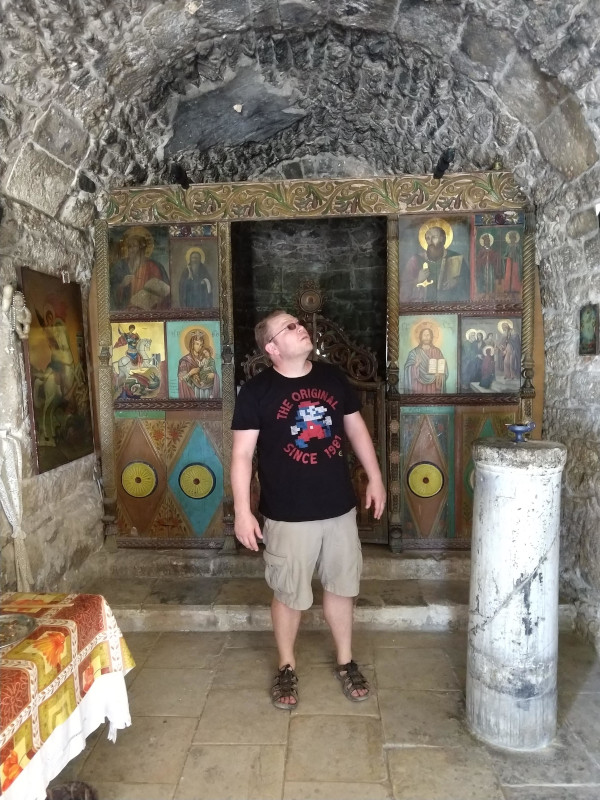 In every Greek Orthodox Church I've been to, there is a place to light a candle and place it in sand as you say a prayer. I've been told that typically these candles are lit for loved ones who have already passed on. Joel and I felt led to do so in this place, so together we took one of the long tapers, lit it, and placed it in the sand and water. We did so in honor of the grandparents each of us has lost, said a prayer together and held a moment of silence. 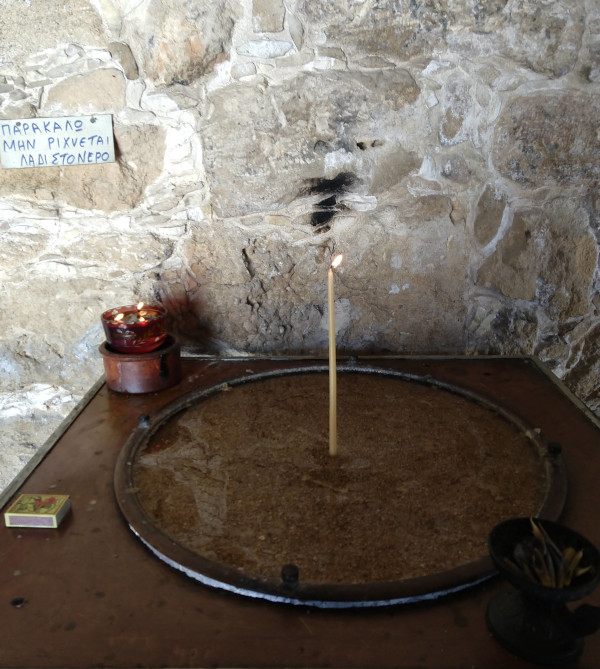 It was peaceful and felt like a way of connecting our history with the history of this place. After, I turned and looked through the door at the end to the outside. The difference between the dark cool of the chapel and the bright heat of the outside was stark, and yet somehow appropriate. I wondered how to bring the cool peace of the chapel with me into the distracting light of the real world, a sentiment I often ponder when I leave a sacred space. 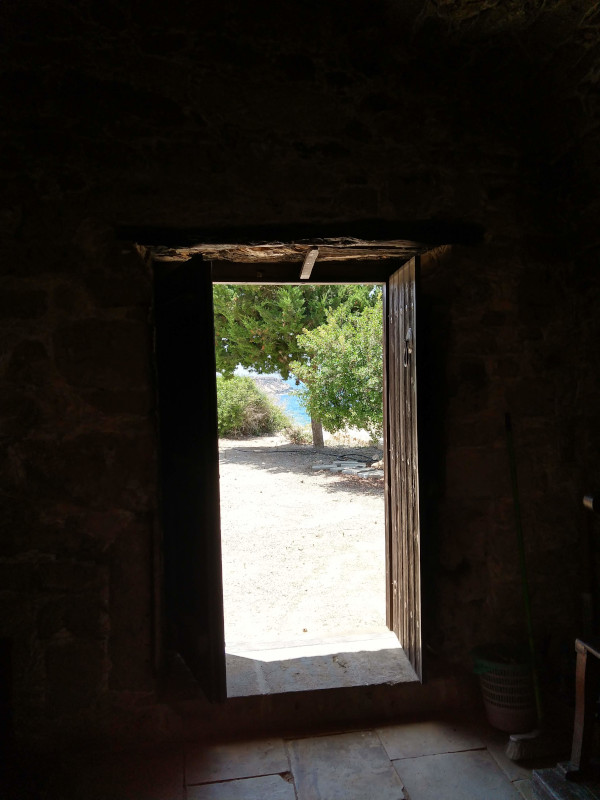 When we stepped outside the heat of the day blasted us once again, and we were all ready to return home for the day. It had only been a few hours, but that's all one can really handle when the sun is this strong. We whiled away the afternoon napping and chatting with Paul and Anne.  We enjoyed a lovely dinner on the balcony of "jacket potatoes" (aka baked potatoes with toppings) and a salad, before heading to bed. The next day Paul and Anne headed off to the airport, and we were on our own!