After telling the tale of how we arrived in Cyprus became a five part story (didn't expect that when I first started writing), I am excited to finally start sharing about our time actually in Cyprus! Last I left off we were picked up at the airport by our hosts, Paul and Anne.

If you're new here you might be wondering, how did we find our hosts? What exactly are we doing in Cyprus? Well, let's back up a bit and I'll fill you in! We are planning to travel Europe (and the world?) by house sitting and pet sitting, after the possibility was brought to us by a friend of mine. There are several house/pet sitting websites out there, and I'm sure they all have their strengths and weaknesses.  After Joel did research (he's the researcher between us, I'm more of an impulse person), he decided we would work with a website called Housecarers, which you can find here. It costs $50/year to join so you can message people, and you create a profile with police background checks and references.

This is how we came to message Paul and Anne, who are a British couple living out their retirement here in Cyprus. They go back to the UK for five weeks every summer to visit family, thus their need for a house sitter and a pet sitter for their dog, Lottie. After chatting back and forth on the website for a while we set up a time to chat on Skype.  They were easy to talk to, we connected well, and at the end of the call they offered us the house sit and we accepted!  From there it kind of all goes on faith - faith that we will actually show up, faith that they will be ready to have us when we do. This is our very first house sit, and the first time that Paul and Anne have done it as well! In the past they simply had friends check in on the dog, or boarded her if necessary.

So, several months after first connecting, we did show up in Cyprus, and they were there at the airport to greet us! We all immediately hugged and Paul offered to help carry my luggage which I was ever so grateful for after days of hauling it around myself. We walked out to their car, and they suggested we go to a nearby beach first to have a drink and get to know each other even more! Um, yes please! 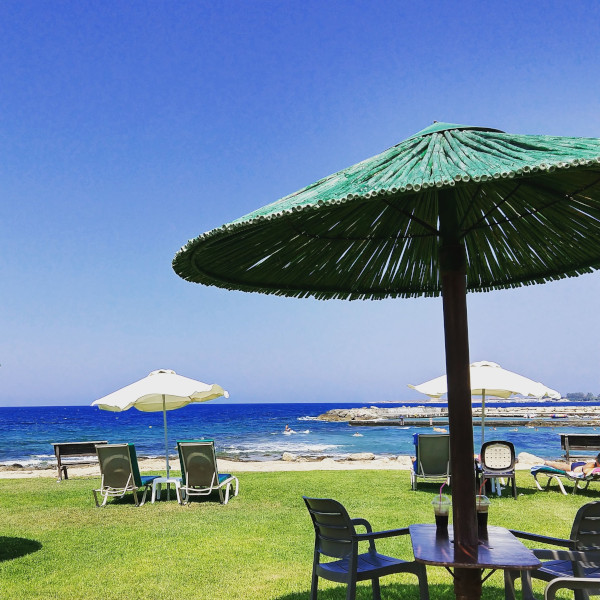 This was our first view of the Mediterranean, and it was beautiful. The only thing that made the moment less than perfect was that I was still wearing plane clothes and hiking boots, so I didn't get to go down and enjoy the water. Nevertheless the view was amazing, the conversation wonderful, and the strawberry banana smoothie was refreshing. After the beach we hopped back in to the car to head to their apartment.

Just riding in the car was a bit of an adventure, as in Cyprus, like in the UK, driving happens on the left side of the road! It really takes some getting used to, even just riding in a car it freaks you out a bit to see people coming at you on the "wrong" side. We won't be doing any driving here ourselves, so at least we don't have to get used to it in that way.  Still now, almost two weeks into our time here, I get a bit freaked out every time I see a car coming down the road that at first appears driverless... because the driver is on the side of the car that I don't expect!

When we got to the apartment we were introduced to Lottie who is just the sweetest dog ever. They adopted her from a shelter shortly after they moved to Cyprus seven years ago. She is very chill, rarely barks (except when you leave her alone in the apartment, poor thing), and loves to get pets. We've been joking that she really acts more like a cat than a dog - she loves to sleep in sunspots, she almost never barks back at other dogs on our walks (unless they are bigger than her, go figure), and while she sniffs at everything I've never seen her eat anything that wasn't her food. 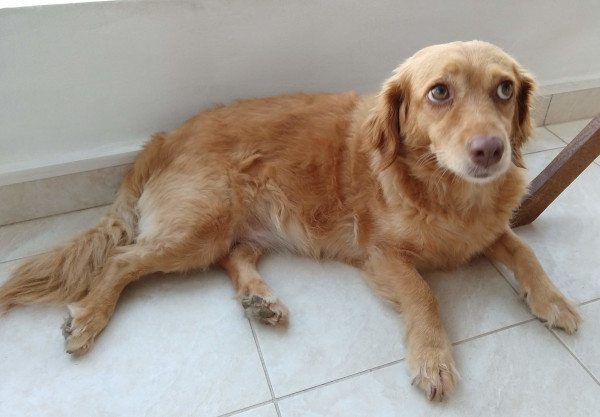 After settling in for a bit, Paul and Anne offered to take us to the local grocery store so we could A. know where it is, and B. stock up on some big things since most of the time we'll be walking there. The local grocery chain is Philippos, there is a huge one about two miles down the hill from where we are, and a smaller one about a mile straight uphill. I will make a full post about grocery shopping here sometime soon, but suffice it to say our first time was a bit overwhelming! Prices are very different from at home (dairy products are extra expensive, pork is cheap, bakery items are super cheap) so it took us a while to figure out the best deals on things. [Let's be real, we are probably still figuring that out!]

We returned home with our spoils, and Anne made a wonderful dinner of chicken fajitas. We sat around the dinner table and chatted about life in the UK vs. the US, politics, travel, and all manner of things.  Paul and Anne are easy to talk to and wonderful people all around.  They have done a whole lot of travelling since they retired, including doing a backpacking trip through Thailand in their fifties! I can only hope to still be as adventurous when I get to be their age. We asked them their favorite place they ever traveled to and they both responded with Antarctica! I didn't even know going there was a thing! Apparently there is a small window of time each year you can cruise down there and it is absolutely gorgeous. Antarctica wasn't on my travel list before, but it sure is now!

The rest of the evening was spent on the balcony admiring the view and continuing conversation. The view to our left is of the Mediterranean Sea, and the view to our right is mountains. Despite the heat, sitting outside is one of the best ways to stay cool as there is usually a nice cool breeze, and as long as you aren't in direct sunlight the heat isn't actually too bad. Plus - major bonus and difference from Iowa - almost NO bugs! We have been amazed by the lack of bugs around here. 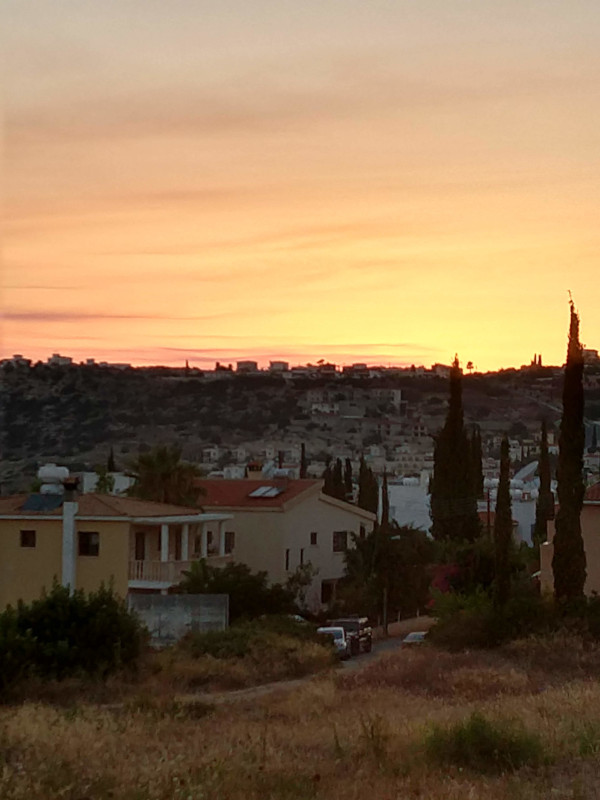 It's a good thing too, since Paul and Anne tend to keep their windows and doors open rather than using the air conditioning.  They have AC, one unit in the living room and one in each bedroom, but electricity is quite expensive on the island so they almost never run it. One of our goals with traveling by house sitting is to really experience life as the locals do (as opposed to just the tourist highlights of an area and "Americanizing" our experience). Thus, if our hosts rarely use AC, so will we! [Well, we'll resist as much as humanly possible]. It made sleeping the first night a little bit rough (we both prefer to sleep in the cold if we can), but we are surviving so far!

Overall our first day in Cyprus was wonderful, from the beach views to the company. I can't wait to keep sharing more of what we have experienced here and what our life is like on this beautiful island. Keep checking in for updates, I plan to have a post up every Monday-Friday by 10AM Central Standard Time (that's 6PM here)! I hope you have a fantastic weekend!