Finally we come to the last chapter of our journey to Cyprus.  If you need to catch up, you can read about our journey from Texas to Iceland, then our six hours in Paris, our bus ride that almost stranded us in the middle of nowhere, and then the multiple disastrous train rides.

When we finally arrived in Vienna, all we had to do was find our hotel. When booking earlier in the day, we had debated whether we find one close to the train station or close to the airport we needed to be at in the morning. Thank goodness we had chosen one close to the train station, as we were now arriving about two and a half hours later than planned.  Google maps showed we had a short walk ahead of us, and I could not wait to get out of my three day old clothes and into a shower.

Mother Nature decided to help a little bit with that shower part, as it was now raining outside. We walked through the train station as much as possible, and really only had a short dash uncovered outside.  Of course dashing wasn't really possible for me between the luggage and the blisters. I pulled out my umbrella, and my last bit of strength, and we made the walk. I have never been so relieved to make it to a hotel.

We had booked online, so this was our first encounter with hotel staff. The young man behind the counter was friendly enough, though he didn't speak very much English. Nevertheless we got our key and headed back to our room.  The hallway was narrow and our door at the very end, so Joel opened the door and I couldn't quite see in yet.

"Will our luggage fit?" I asked.

When I finally was able to peer in, I was as surprised as Joel at how small it was.  It was smaller than my freshman year dorm room, and it was clear that they had used some photography tricks on their website. However, it was clean, cool enough (no air conditioning but the windows were open and the rain was cooling things down), and it would do for the six hours we had before we had to leave.

Joel was hungry so he went out to get food, while all I wanted in the world was a shower. We had been in the same clothes for three days, I was covered in sweat, and I was pretty sure my feet would be covered in blood when I finally took my shoes off. The bathroom was also tiny, the shower was about the size of a postage stamp and the shower curtain was a little, ahem, friendly, if you know what I mean.  But the water pressure was amazing and as I had never felt more disgusting in my life, it was perhaps the best shower I have ever had.

Joel returned with dinner, which was a meat/sauerkraut/potato mixture from a restaurant around the corner.  I'm usually not a fan of sauerkraut, but it was delicious, and as an extra treat we shared the bottle of liquor from the bachelor party earlier in the day. It was fig flavored! 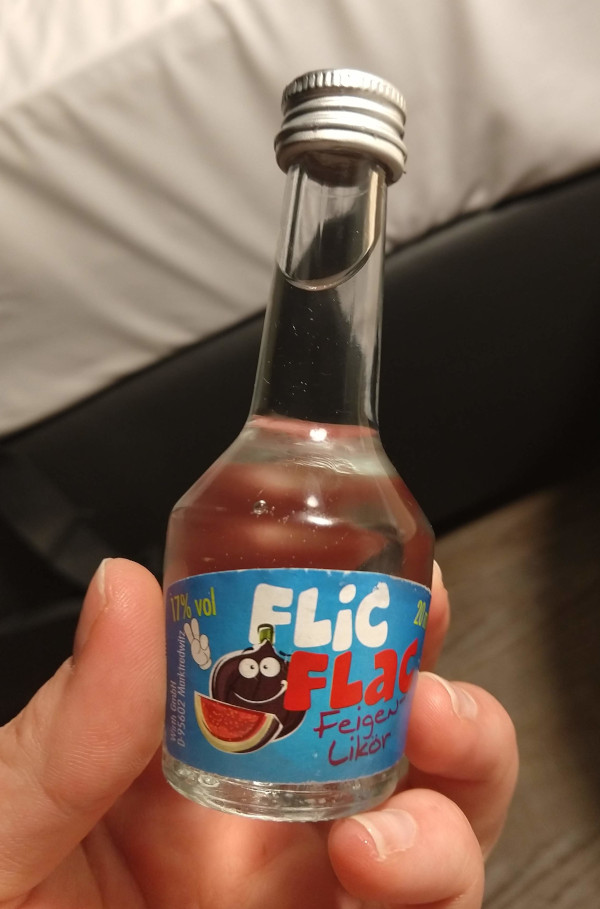 After scarfing down food and taking his own shower, Joel scheduled online for a taxi to pick us up in the morning. We had exactly six hours to sleep before we had to be up at 3:30 so we could leave by 4:00 so we could make it to the airport in time for our 6AM flight. And sleep we did, it was the best sleep I'd gotten since we left Texas and I could hardly believe it when the alarm went off. I took another shower before leaving and I was finally starting to feel human again.

We made it downstairs right at four and waited for our taxi to arrive. Instead, we got an email from the taxi company saying they canceled our reservation because they had no cars available. At this point I just had to laugh, of course this part wouldn't be easy either. Thankfully we had also downloaded the Uber app, and within minutes a driver was picking us up! He took us straight to the airport and I couldn't believe how easy it all was.

At the airport we found the right check in desk and checked our baggage, and then the lady asked us if we had officially checked in. This confused us because we thought that's what we were doing. According to her, we were not checked in until we had paid the "airport check in fee" that was apparently not included in our ticket price. So much for the super duper cheap flights we had found (now they were only cheap). We had to go across the way to customer service, hand over our credit card, and pay an additional $130 fee to "check in" and get our tickets. It felt vaguely scammy but at this point we weren't sure what else to do. 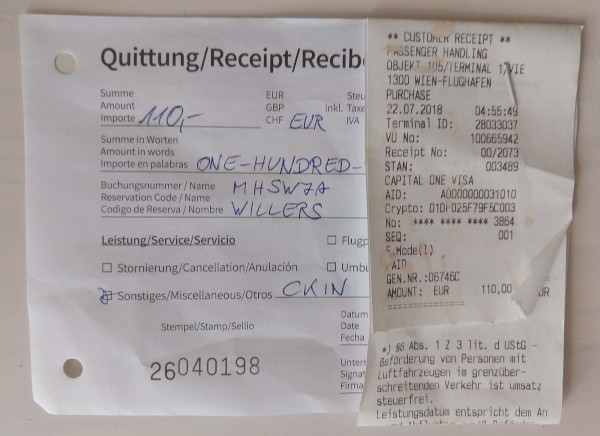 So we paid the fee and made it to our gate. Boarding was interesting, as instead of walking directly on to the plane, instead we were loaded onto a shuttle bus, driven way out onto the tarmac, and then we climbed stairs to get on to the plane. I've gotten off a plane this way before, but never onto one. We were literally the last ones to board, but finally we had made it. The big plus of this plane was the air conditioning worked! The cool air felt wonderful.

We decided to splurge on an airplane meal, and while it cost 9 euro, it was actually pretty good. We got a small bread bowl filled with a chicken/veggie/feta cheese mixture, a bottle of water, and a candy bar called a Kinder Bueno. After we ate it all Joel pointed out that I hadn't taken a picture of it - a helpful one he is, lol.

After a fairly short and easy flight, we landed in Cyprus! The scenery as we flew in was gorgeous, and while it was hot outside when we got in, it's nothing we haven't experienced in Iowa. We took another shuttle bus from the plane to the terminal, made it through customs, picked up our baggage the fastest I have ever seen, and walked out past security. Our hosts, Paul and Anne, were waiting for us with a homemade sign that said "Joel and Bethany" - I felt like a VIP!

And thus ended our three full days of travel: we left Joel's Aunt's house in Austin, TX on Thursday morning and we landed in Cyprus on Sunday morning.  It was quite the adventure, and knowing what we know now we would do things a whole lot differently. I will detail all that in another post someday, but now I am excited to finally start writing about Cyprus tomorrow!

I am impressed you laughed with the taxi after all that! But mostly, what is your review of the fig liquor?

Well it was laugh or cry at that point, lol. The fig liquor was pretty good! I usually don't like to drink liquor on its own but this I would. ( And did, haha)

I am impressed you laughed with the taxi after all that! But mostly, what is your review of the fig liquor?