I totally planned to write multiple blog posts while we were in Texas.  Time got away from us,  but then I thought surely I would have time to write while we traveled for four days to our first long term destination in Europe.  Joel and I realized that our expectations of ourselves and what the journey entailed were a bit off, which he wrote about here.  And the journey itself had some twists and turns we did not expect!  I will write about it all soon, but first, I need to catch you up on Texas.

The reason we went to Texas was to spend time with Joel's family before we left.  While we see my family fairly often (my parents live only an hour and a half from where we were in Iowa), there were members of Joel's family I had yet to meet!  So when we realized we could fly out of Dallas for a reasonable price, we felt it was fate, and off to visit we went.  We spent a lot of time closing out our LuLaRoe business and prepping for our trip (literally 15+ hours spent packing and repacking), but we managed to have some fun in there as well.  I've decided to round up all the goodies into one big post, so hold on to your (cowboy) hats because here we go!

Joel's cousin Christopher and his wife Tira are around our age, and they wanted to show us some of the fun things to do in Austin.  So they left the kids with grandma and grandpa (Joel's Aunt and Uncle who were hosting us), and off we went to a GAME BAR!  Now at first, Joel and I were skeptical.  We aren't really "bar" people.  We don't drink very often, we don't like big crowds, and I don't like loud places (Joel makes fun of me for being old).  However, we are the definition of "game" people so that part had us intrigued.

I am so glad Christopher took us to this place called Vigilante.  It was amazing.  The food was incredible, the atmosphere was super chill and fun, and the variety of games offered was great.  We even met the owner and Joel was impressed with his game knowledge (which is hard to do, as Joel used to own a game store and is quite the expert).  We played a variety of games from Dragoon (a game funded through Kickstarter) to Dr. Who Fluxx to what turned out to be our favorite game, a child's game put out by Melissa & Doug called Suspend.  We really made it our own with Joel making up rules as we played. 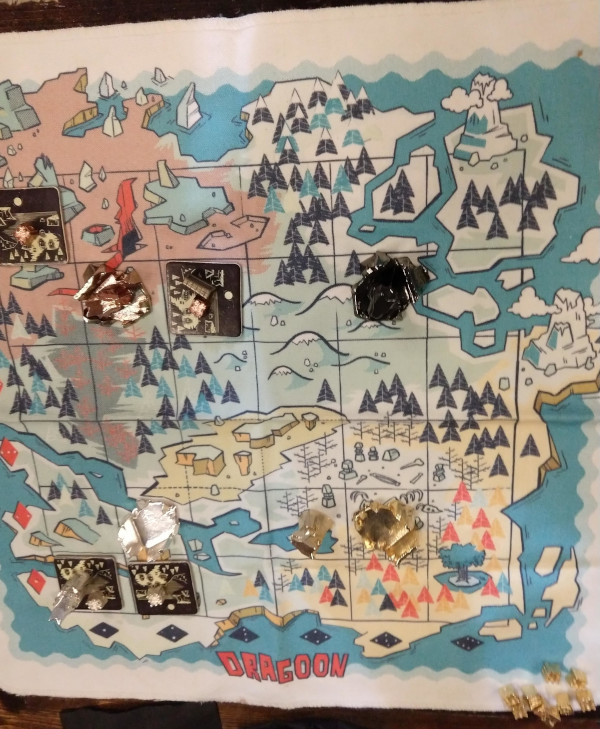 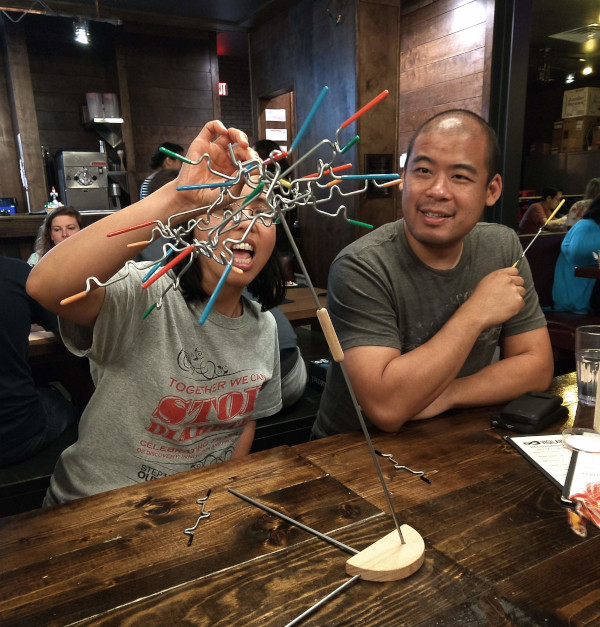 Hours passed in minutes as we enjoyed the games, each other's company, and the food.  The food was seriously good, and I love a menu with clever themed names.  They have a variety of appetizers, a few desserts, and focus on sliders as the main course.  My favorite was "Buffalo the Vampire Slayer" as I couldn't resist something with blue cheese and a nod to one of my favorite TV shows.  This place is a haven for game nerds and game novices alike, and if you are ever in the Austin area it needs to be on your "must do" list! 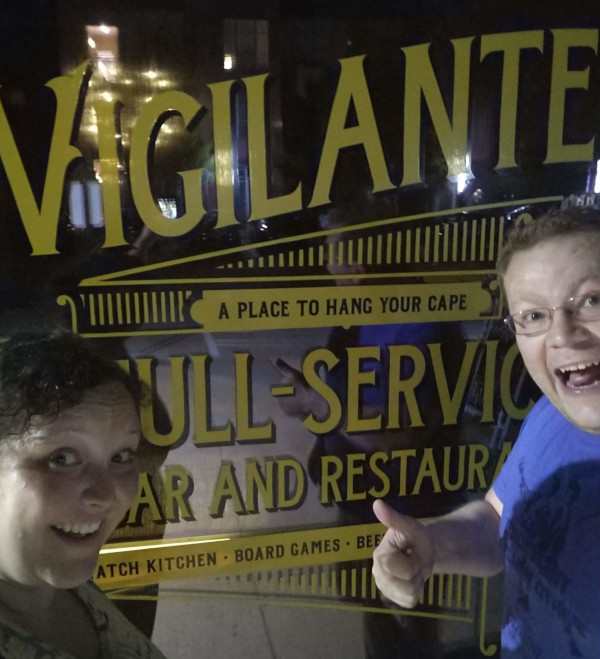 On Sunday morning I was invited to attend church by a friend and colleague of mine from the Young Clergy Women International group I am a part of on Facebook.  When we travel I love finding other young clergy women I can support as they lead worship and their congregations.  So at the behest of Associate Pastor Ellen Williams, off we went to Westminster Presbyterian. 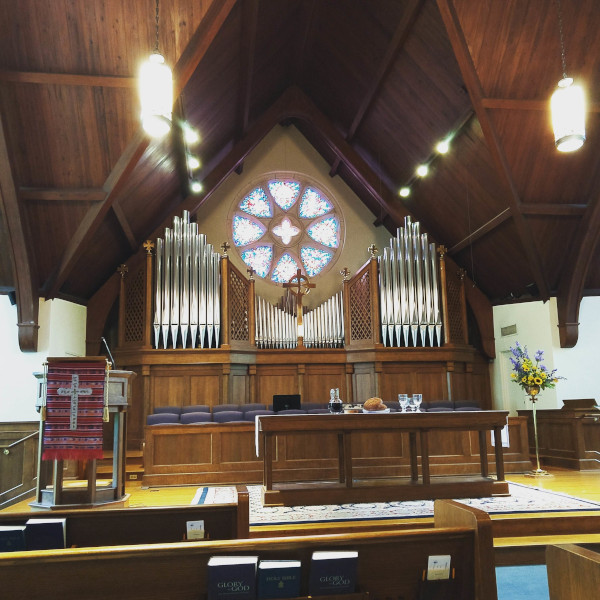 Preaching that day was the Children and Family Minister Charlotte Trafton, while Rev. Ellen led the liturgy and communion.  The church has been doing a series based on hymns, and this week was an old African-American spiritual.  The sermon was excellent - it tied the history and story of the hymn with scripture, and then tied both of those things into current events and our lives today.  Even as a pastor my mind sometimes wanders off during others' sermons (I'm only human!) but this one held my attention the whole time.

After worship we were invited to stay for the ice cream social they just happened to be having that day (what luck!).  The congregation was friendly and welcoming.  If we were going to be in the Austin area for any length of time, this is a church we would return to again and again!

I think I can safely say that both Joel and I would name this as the highlight of our recreational time in Austin.  Going to the Escape Room was again Christopher's idea, and we went with him and Tira, as well as Tira's sister and her husband.  The six of us took on the hardest room (rated 9/10 meaning 90% of groups do not escape!) called Prison Break. 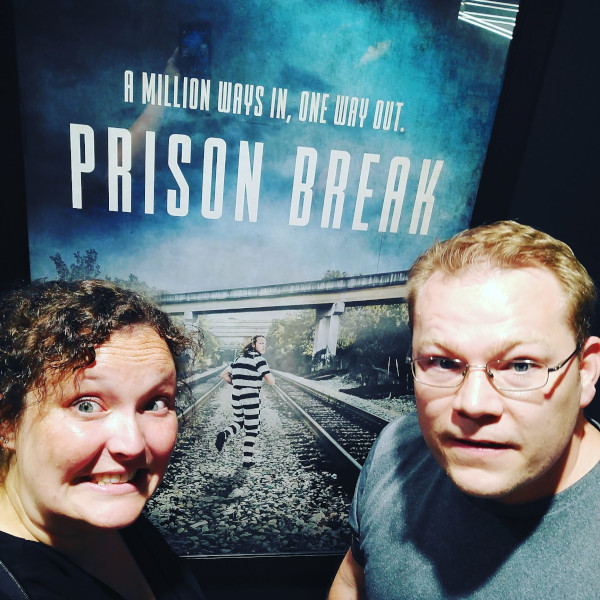 The popularity of escape games has been rising around the country, but if you are unfamiliar with the concept here is what it is.  You are locked in a room with your group, and you have sixty minutes to escape.  To do so, you must work together to solve the clues, puzzles, and hints all around you! 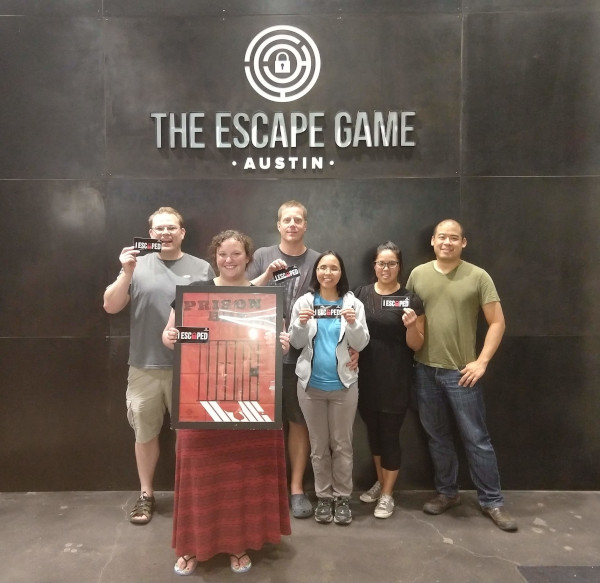 I don't want to give anything away about the actual one we did, but suffice it to say it was hard, the story was great, and it was so much fun!  It really took all six of us working together to solve it, and we escaped with 2:15 to spare!  Our guide Emily was super impressed (and awesome!), she said her groups rarely make it out in the allotted sixty minutes.  If you plan to be in Austin and love puzzles and/or games, you have to put this place on your agenda!

Those are the biggest highlights from our tip, besides spending time with family, of course.  It was a great way to end our time in the states, and now we are off on our European adventure!  More details on that soon so keep checking back!