Today is 3/14, so it's PI DAY! If you don't know, Pi is approximately 3.14, so today is PI DAY! I really like pie, so I am happy to celebrate PI DAY  every year! This year, we made homemade pizza and little pies for dessert. And they were all awesome!

Since we're trying to lose weight, we wanted to cut as many calories as we could. So we decided to try out a cauliflower crust for our pizza. We looked up a recipe on Google and found one from Pioneer Woman. First, we gotta get the cauliflower to be 'like rice' in our food processor. 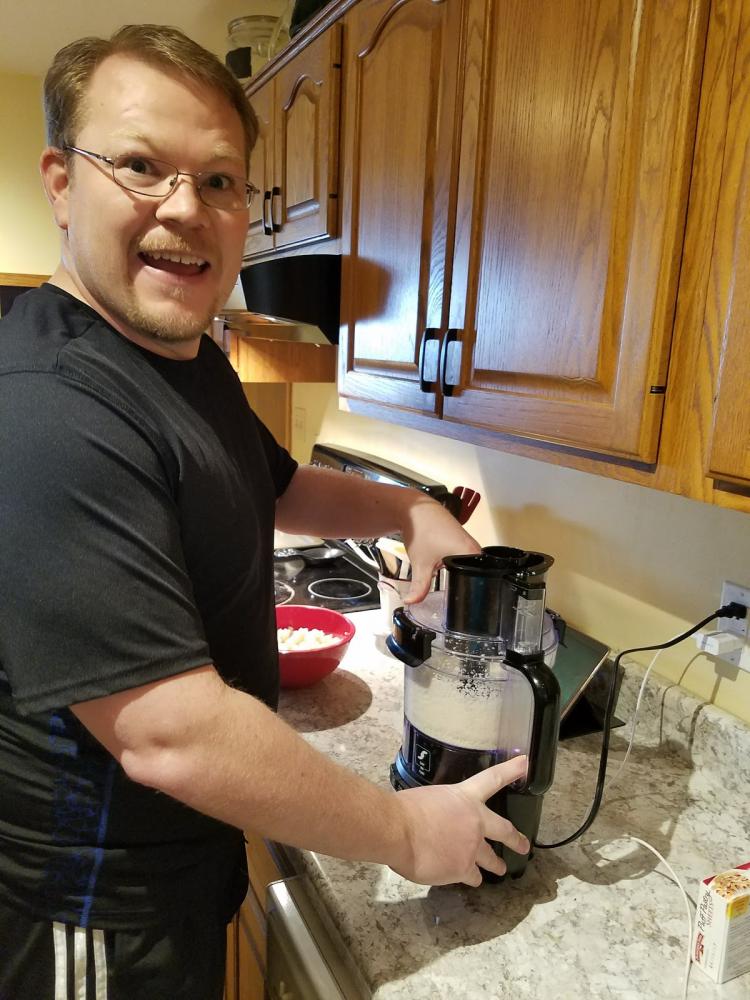 We got this! Next, we were ready to pop it in the microwave! This method was much easier than the boiling or steaming method, so we popped it in. Then, we had to drain the water out of it, so we used the dish towel method. We started wondering if this was going to be worth all the work. But we soldiered on! 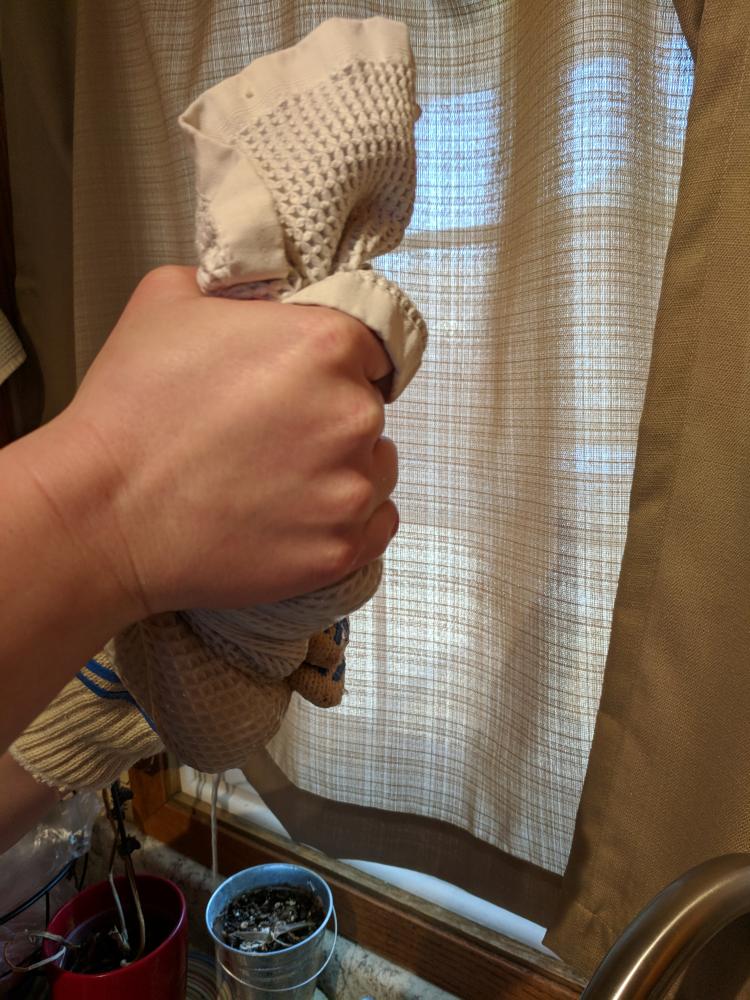 We had to mix up the cauliflower with some egg and cheese (plus seasoning) and it's ready for the pan! We put some wax paper and spread out the cauliflower crust and got it ready to bake. After baking the crust (it's supposed to be a golden brown already, but we were too eager), we put on the toppings and back into the oven it went! 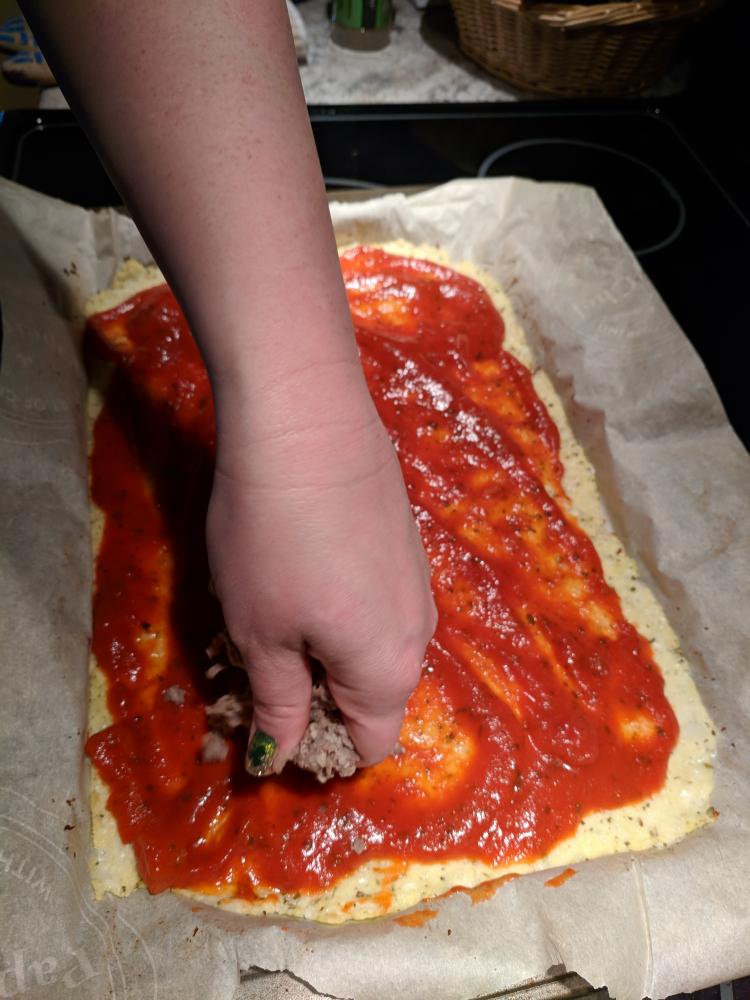 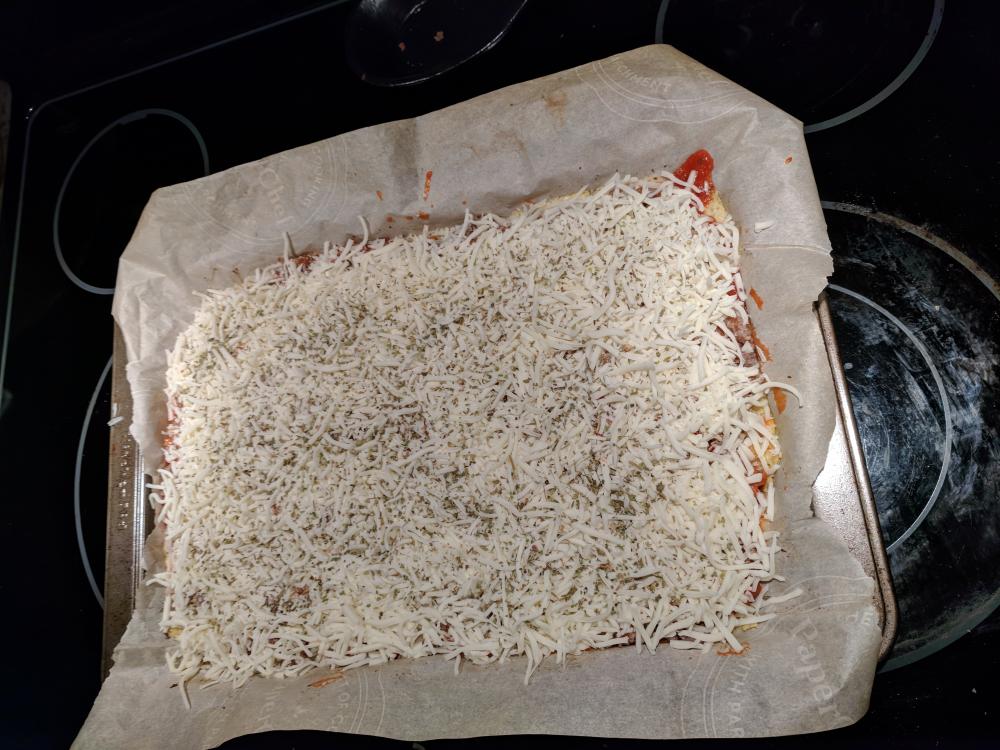 It came out really well, I think! The crust wasn't quite firm enough, but it was still amazing! Didn't it turn out well? 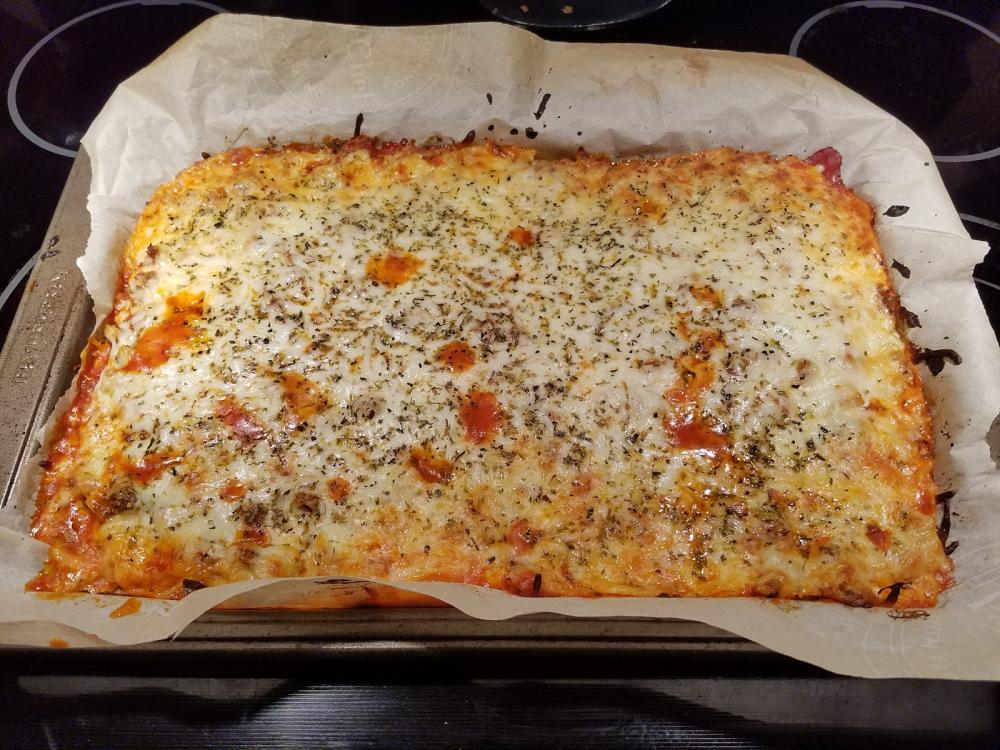 So after we gorged ourselves on delicious zero calorie pizza (cuz cauliflower makes it zero calories, right?), we decided to have some more-than-zero calorie mini-pies (around 50cals each). We had some puff pastry in the fridge, so we added some tasty jellies and Nutella to make some mini pies! It was so easy! Just put in the mini puff pastry, add the filling, and pop it in the oven at 400 for about ten minutes (until pastry is golden brown). It's SO EASY! And SO DELICIOUS! 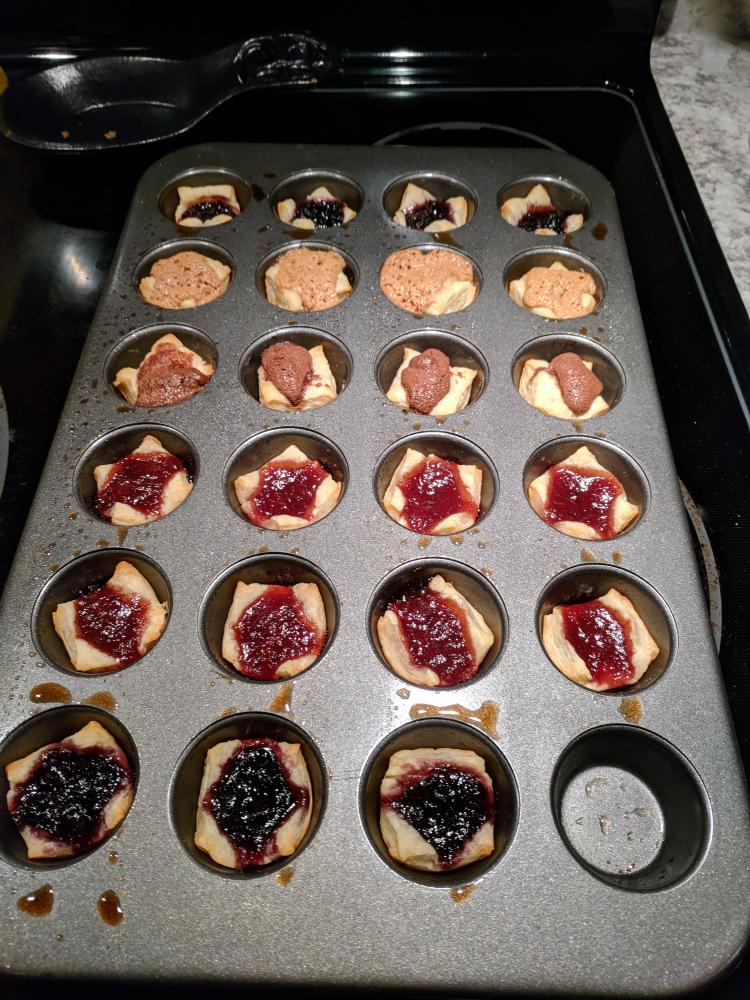 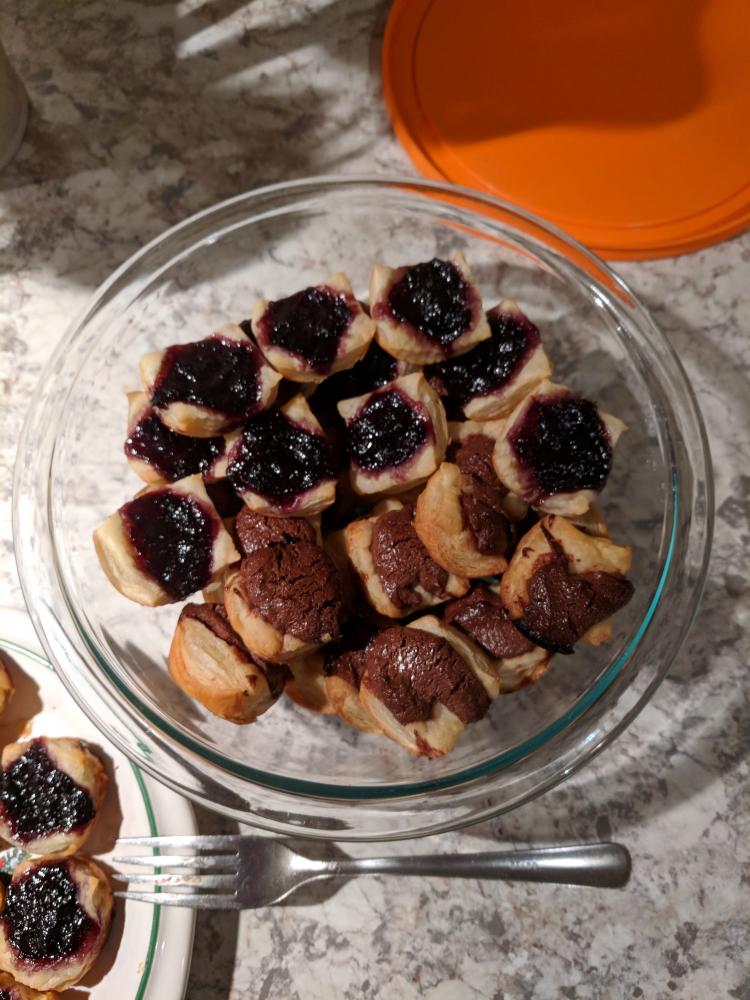 Our favorites were blueberry and Nutella (not together, of course). So we used the rest of our puff pastry to make just a ton more of those. They're so good. And so easy. You MUST try it! Don't wait until next year's Pi Day, though. It's just too good to wait! Try it out as soon as you can get your hands on the puff pastry! You'll thank me for it!

Categories
Joel
Food
How To
Things That Rock